"I need to know that my food's not rotten"

Yesterday someone asked my my opinion of PFChangs, which I’ve never been to because I don’t generally support chains. Their response was (summarized) ‘I had a cold and couldn’t smell anything, so I wanted a place where I could trust that my meat wouldn’t be rotten’ in this persons mind, the corporate structure ensures a certain level of quality and safety. I’m skeptical about that (see factory farming and mechanically separated meat, Chippotle, etc), but what really confuses me is the idea that dining out comes with a possibility of getting served rotten meat. Wtf? Have you ever been served bad meat in a restaurant of any caliber? Have I just been lucky? Sure it’s nice to be able to smell your food, but ‘to make sure it’s not rotten’ just seems insulting to cooks and chefs everywhere and has never occurred to me. Ive worked in bakeries, restaurants, and hotels for 20 years and eaten everything from Lao street food to El Bulli and while I’ve seen some corners cut, I’ve never seen or eaten anything that would leave me with this persons concern.

Have you ever been served meat that was bad or going bad? Is this a concern to anyone in the world besides this one person I know? Maybe there was a bad experience in the past, I don’t know, but I can’t wrap my head around that level of fear. Thoughts?

Got a bad case of food poisoning from a well-regarded neighborhood burger joint in Berkeley once (not a chain). I’m not sure that qualifies as ‘rotten’ but I think the risk with ground meat is higher than with other foods. Recently a respected restaurant here in Pittsburgh got in some kind of contamination jam with its burger meat (they receive whole carcasses and prep the meat in-house). Maybe I’m confusing ‘bacterial contamination’ with ‘rotten.’ ?

Yeah, that’s the thing, food poisoning can happen anywhere. If its a case of contaminated ground beef, aren’t chains as more dangerous because of the huge quantity? From Jack in the Box 20 years ago to Chipotle a few weeks ago… have they even figured out whats going on at Chipotle?

I sort of get the extra squeamishness about meat, I don’t really like touching it or getting all up in a carcass, but pigs and chickens and fishes are delicious so i get over it. Recently someone on Chowhound was all freaked out because if you put your nose right up against their piece of meat, it had a slight smell. As things made of molecules do. So meat issues are a thing, for sure.

What I don’t agree with is the chain restaurant = safer food idea. And I have to admit as a chef, the mistrust of independent restaurants makes me defensive

I take no comfort in industrial food. Apparently others do?

I can honestly say, I’ve never been served rotten meat at any meal, at any of the restaurants I’ve ever been to.

It’s interesting to me, however, that my gut feelings are directly at odds with those of your acquaintance’s. If I’m concerned about avoiding eating something lousy, a place like PFChang’s is exactly what I’d be trying to run from!

I’m with the others – I’m not getting the “mean not rotten” thing.

I’ve gotten my share of bad oysters – which is more often than not the fault of the restaurant.

I’ve had a case or two of food poisoning – but never able to pinpoint from where it came, as nobody I ate with was similarly affected…but I agree with the sentiment that “contamination” is quite possibly being considered the same as “rotten” (which is not the same thing).

Some people might not like gaminess or liver-iness or oily fish or whatever, that’s fine, isn’t that why they order the chicken?

Have you ever been served meat that was bad or going bad? I

Not in a restaurant but in Chinese take out… got sick

I have been served bad meat at restaurants. I have also been served squishy shrimp, bad oysters and probably other interesting items. Just goes with the territory. I have also bought fish that was chuck full of worms, bad meat at stores and squishy shrimp. There is a bell curve on everything and restaurant food, food bought at stores and frozen items.

I’ve been served bad beef at both a chain steakhouse and at a popular local place. Both times it was the taste, rather than the smell that tipped me off (yes, I know they’re closely related). I sent it back at both places after two bites. (Bite one: that tasted bad? Bite two: yup, it’s bad, spits it out).

Both restaurants argued with me - the chain that it was impossible due to their safety procedures, etc. and the local place insisted that it was fine. Neither were blatantly rotten, but just this side of good.

If I ate out based on food safety concerns, I’d go by the health department scores, but there could always be a lazy employee or cheap cook at any establishment who’s not following the rules. IMHO you take the same risk anywhere.

I eat more fish than meat which may be one reason why I have gotten food poisoning more than once eating in restaurants (although once it was from fried chicken).

My father worked for restaurants a long, long time ago, and I recall him talking about one rather upscale restaurant that took took breaded veal cutlets off its menu because people wouldn’t order them. In my father’s generation, it was just assumed that breading meat in restaurants was a way to hide bad meat.

Some people may be more susceptible to food poisoning or even just getting sick from eating older food. I wouldn’t make a public mockey of them. I think it is good when people take care of themselves. It’s not like this person went on television to make accusations. They went looking for more information from someone they thought might be a trussted source.

I got food poisoned, twice with sashimi / sushi. Once with oysters. Well, seafood, it can happen everywhere.

Two restaurants got me sick the next day, 1 was a Russian restaurant, I didn’t recalled the name, wasn’t even tasty.

The other one was Mon Vieil Ami of Antoine Westermann in Paris, I got sick, my eating companion had milder symptoms. (It was 2-3 years ago). Too bad, it used to be an amazing bistrot some 10 years ago. The change of chef, the change of menu style from traditional dishes to more vegetable and African dishes. Empty dining room at lunch, even dinner was especially full house should be a sign of warning!

Never got sick when traveling in Vietnam, even with street food, when everybody questions the hygiene. They wash all the time, after the meal, the plastic tables even the streets. We stick with eating cooked food, or fruits but not drinks with ice, we saw them dragging the big bloc of ice on the pavement…

Another time, a vegetable dish was sent back to the kitchen in a Chinese restaurant in Hong Kong, too many worms.

Lol, how many worms are enough but not too many?

the corporate structure ensures a certain level of quality and safety.

I have definitely heard of that, and I can see some truth to this. In a larger corporation, it has protocols to follow. The other thing is that large chains are constantly aware the possibility of a lawsuits. Let’s take infamous McDonald hot coffee lawsuit for example.

"A New Mexico civil jury
awarded $2.86 million to plaintiff Stella Liebeck, a 79-year-old woman
who suffered third-degree burns in her pelvic region when she
accidentally spilled hot coffee in her lap after purchasing it from a McDonald’s restaurant. "

You can do that only to a large chain/franchise – because there is money to be sued for. You cannot sue a mom and pop hole in the wall for 2.86 million dollars. As such, there is an added pressure for chain/franchise to be extra careful in their protocols.

Have you ever been served meat that was bad or going bad?

Yes, I can say without a doubt that I got food poisoning once eat out at a particular restaurant. It was a mom and pop restaurant, possibly a chain of two. Regardless, I got sick, then I got better. End of story. Now, I have gotten food poisoning more than once, but that was the time that I know for a fact where I got sick from.

Sashimi and sushi are easier to get sick from… Oysters too.

I can say without a doubt that I got food poisoning once eat out at a particular restaurant.

The question was a bit different than what you’ve answered, Ck. I’m sure you know as well as I do that food poisoning isn’t necessarily caused by rotten meat. It just as easily might have been from produce or an employee’s dirty hands, etc.

Poisoned twice by mussels. At two different restaurants, both very upscale. An experienced fishmonger told me that most restaurants have the mussels portioned in net bags ready for cooking and they do not go over the mussels one by one (as I do at home to get rid of any questionable ones). Now I never eat mussels out, only at home.

The McD thing has a few more wrinkles…

…the final award was reduced to $600k or thereabouts. By the time she paid the hospital and r he lawyersx she wasnt buying a tropical island escape

…she wasnt driving… a son or grandson was…

…the hinge pin of the whole thing was that the local authorities had told this McDonald’s to turn the heat down and had documented the failure to comply many times.

Ck. I’m sure you know as well as I do that food poisoning isn’t necessarily caused by rotten meat.

Still, I am sure somewhere sometime in my entire life… I must have had rotten meat.

Thanks. Very good points indeed. I understand that she did have serious burns and that this is a “preventable” incident which McDonald could have avoided.

Still, this lady could have been burned by a hot coffee made by a mom and pop coffee store, and she would not able to get any money (because a mom and pop store doesn’t have money to pay). Therefore, I think franchise and chains realize that they have a bigger target on their backs than smaller mom and pop stores.

In 2001 or 2002, McDonald was sued and then settle a lawsuit about it using trace amount of beef as flavoring in its French fries. I believe initially it was only two Hindu persons suing McDonald and it may have became a class action lawsuit later. Anyway, McDonald settled this with $10 millions.

“McDonald’s Corp. has agreed to donate $10 million to Hindu and other
groups to settle lawsuits filed against the chain for mislabeling french
fries and hash browns as vegetarian.” 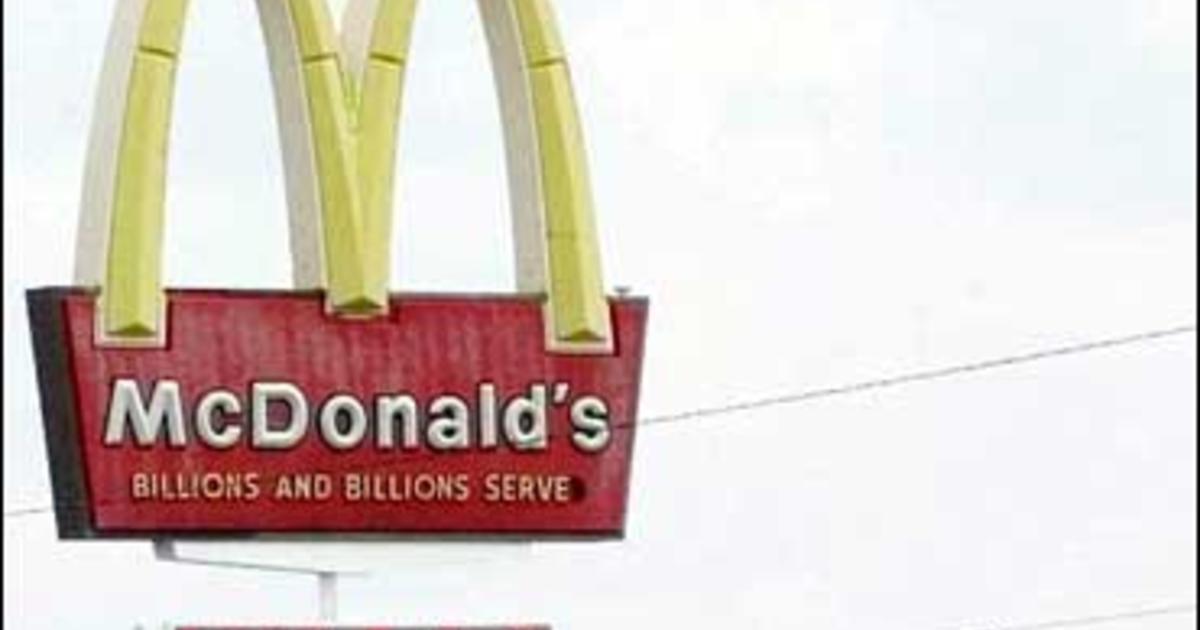 Now, if a Hindu accidentally eat some beef at your local mom and pop pizza shop, you know there won’t be even a $1000 settlement. It will just be “Sorry. Bye bye” and maybe a lot of middle fingers, but there won’t be millions of dollars.

As I understand it (from about a gazillion posts on CH!), ‘food poisoning’ can take days to show up so one can’t really blame it on ‘last night’s dinner.’ The only thing I’ve ever gotten (and I eat with the local anywhere I am in the world) was salmonella from an American peanut butter. In Rio