I bought an Entenmann's Fruit Cake

Yes, I admit it and yes I love fruit cake! My mom made fruit cake every year when I was a kid. I hated it then. I’m not sure if I love it now because it reminds me of her. I would make my own but I’d be the only one to eat it and I would eat the whole thing!

I haven’t cut into it yet but you know, it will last forever so no rush!

Anybody else care to admit to being a closet fruit cake eater?

my ‘extended family’ are all fruit cake lubbers. I spin my own. 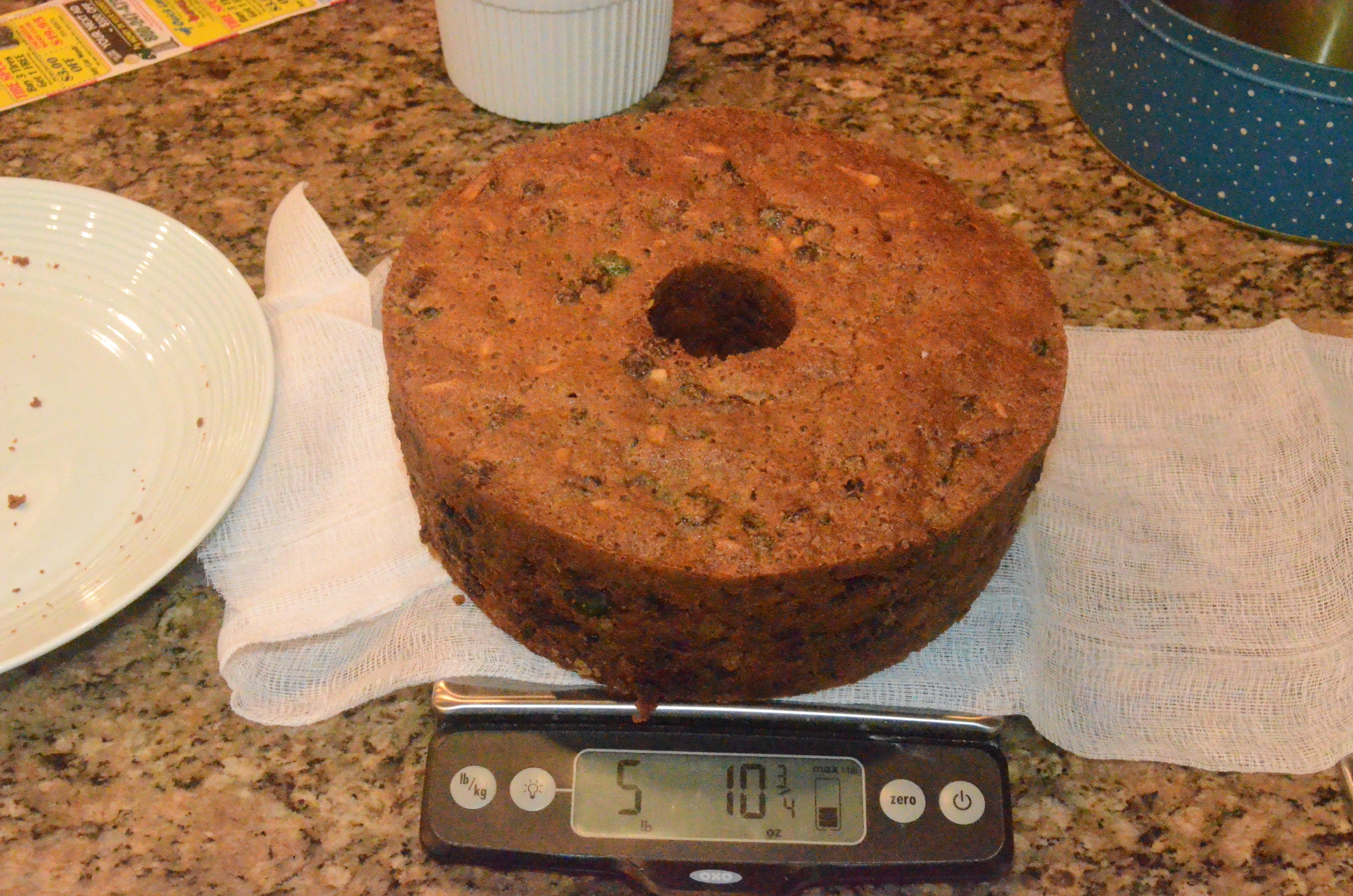 I like fruit cake and am not ashamed to admit it. For all those haters out there. Don’t eat it but let me like mine

I do like fruitcake – if it’s made well… Unfortunately, there aren’t many that are well-made – far too many are dry, bland cake with gummy fruit that isn’t fit to eat.

I keep saying I’m going to make a proper fruitcake every year – but so far it’s yet to happen.

I love fruitcake. My family thinks I am just so weird. One thing I like to do is on christmas morning I make fruitcake french toast. THat tradition goes back to about 1973 for me. I know, I’m weird.

While I’m not sure I’ve ever had an Entenmann’s fruitcake, I am a real big fan of the stuff in general. I’m actually trying to force myself to wait two more weeks before buying any - 'cause once I do it’s pretty much over for the bikini body. In fact, as I type this, a mailer from the Collin Street Bakery in Corsicana, Texas taunts me with glossy photos from the side of my desk - complete with its enticing “Offer Code”.)

This thread made me laugh though, reminding me as it did of last year’s brightly optimistic prophesy from some guy named MGZ. I wonder if any of the elements of the pollyannic foretelling will come to fruition:

Fruitcake is about a year or two away from becoming the subject of mainstream cooking show episodes and on an Oprah favorite things list. This year it seems to be getting some momentum with the more hardcore food dorks - suggesting that perhaps fruitcake is closing in on it’s “brussel sprouts” moment. Next year will see a proliferation of the “Where can I find the best?” threads on the regional boards - especially in the hipper places. Two years from now (or maybe just one), every pain in the ass, Rachel Ray ‘Everyday’ subscribing sister-in-law will be posting photos on facebook of the fruitcake they made from a Food Network celebrity’s recipe.

Our battle to remove fruitcake’s laughingstock designation is almost over. Someday we’ll be bitching about its popularity again and enduring the lousy versions that caused its fall from grace. By then, folks like us may have perfected our fruitcake grilled cheese technique or, at least, be planning a “fruitcake pairing” party - “Mmmm, try the pecan-pineapple slice with the scotch. . . .”

I still have the recipe my mom made in the 60s. I may make it next year but again, I’d be the only one to eat it so…

I guess I tend to spend most of my days in a “glass is half-full” world.

I haven’t had fruitcake in years, but I used to like it with whipped cream.
Now you’ve done it… you’ve made me add fruitcake to my shopping list!

yes, yes.
And a side of thick sliced bacon on the side. Now I am hungry again.

Here’s a fruitcake recipe that has odd directions but great results. I never did do the cherry version but committed to it for a party next week.