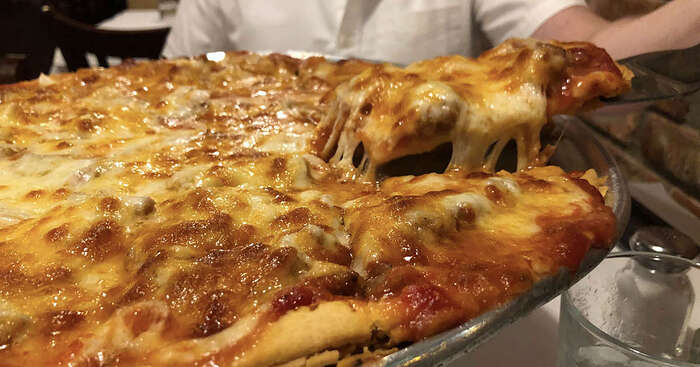 From Altoona to mountain pie, hyper-regional pizza styles are a source of...

HO’s own contributions to the discussions are:

I’ve been trying the deluxe pizzas in my vicinity over the past year. I’ve tried around 6, so far.I focus on the indie and local shops. I tend to order Deluxe , which in Ontario usually means green pepper, mushrooms and pepperoni, occasionally also Italian sausage, bacon and/or olives. Tonight’s pizza is from Sissio’s, a very small chain with a location in London, Ontario, Sarnia and Corunna, ON. They start with a basic, and I added pepperoni, fresh mushrooms, onions, green peppers and green o…

TBH there is absolutely nothing to be proud of when it comes to Altoona’s… concoction. I’m not going to call it a pizza. It’s an abomination. But I guess Altoona doesn’t have much else to be proud of.

At least down near me in the south peninsula, Indian Pizza is all the style. To me, the “original” is always Zante’s in SF. They’re gone from the original 16th street digs long ago, but still in the inner-outer mission grey area. It’s often the take-out of choice at the shop in the bayview I sometimes haunt. What’s good indian pizza? It’s got to have great sauce, and lots of it. (Arguably) the point of indian food is the gravy. While you think culturally indians should be able to sling an inter…

I used to deliver for a pizza place that put all the toppings beneath the cheese (they used gouda). And it was really f’n good

My favorite order was 1/2 ham, spinach, shrooms and the other 1/2 corn, tuna, onions. Damn delicious.

I missed the earlier thread about Indian pizza. Bombay Pizza Co. opened in downtown Houston in 2009 and there was a lot of buzz about it. I never go downtown to eat so didn’t pay much attention but I remember the reviews were good. Unfortunately, they closed in March, 21, and haven’t reopened.

There still a menu online and lots of pics. Looks pretty good. Sorry I didn’t ever check it out.

There is another place, claiming to be in business since 2013, in Stafford, much more accessible to me, and I’ve actually been in the storefront. Olives pizza was co-located with Kerala Kitchen, a caterer that welcomed walk-ins for orders of whatever they were making for the day. I had been to KK several times. I didn’t pay any attention to the pizza offerings. They’re still adjacent but perhaps not connected; KK has changed its name to Delicious Kerala Kitchen and may have become a sit-down restaurant.

I’m looking for any others.

Funny thing, I ate there quite a bit. Sometimes I’d pick up lunch, but more often I’d stop by before they closed to pick up dinner to take back to the hotel, just to mix it up with the (very nice) hotel restaurant room service (other delivery options were scant then). Good pizza, decent kathi rolls (but very different than nyc), great sweet potato fries! 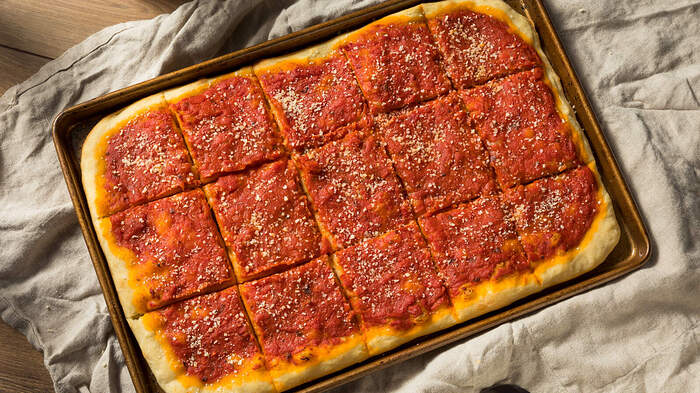 Pizza seems simple, but there are so many variations and varieties across the country. Next time you're in Philly, try the tomato pie! 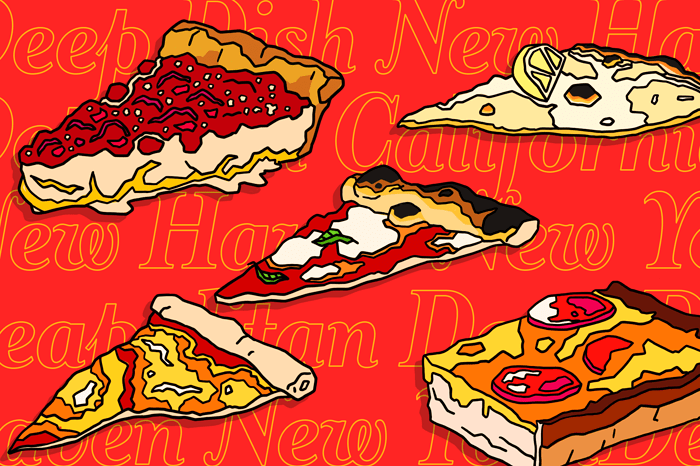 The five most influential, if sometimes controversial, pizza styles from coast to coast.

L&B Spumoni Gardens in Brooklyn puts the cheese first, then the sauce, on their Sicilian (square) pies. I don’t know of anywhere else that does this, even in NYC. The cheese sort of becomes part of the crust. Hard to describe but really delicious. 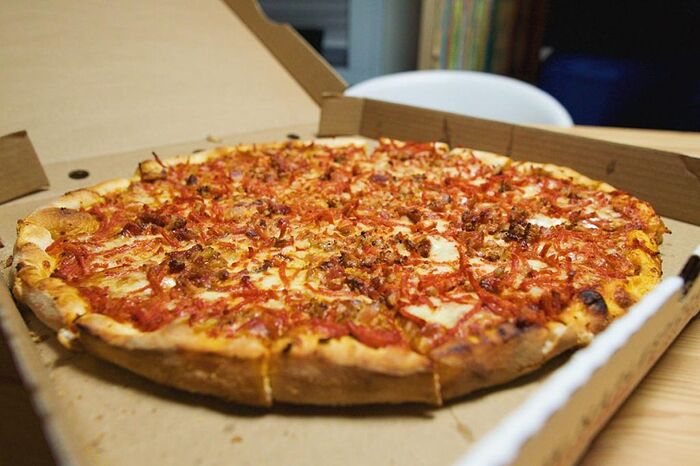 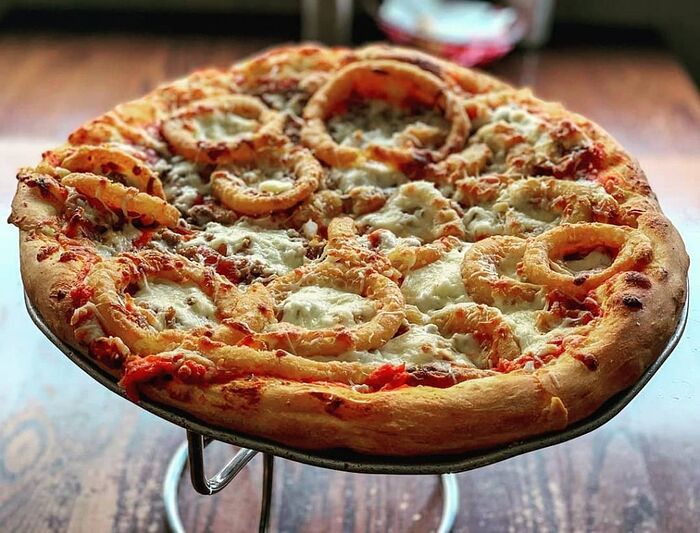 Did you know Cornwall is known for pizza? | Ontario Culinary

Best known as 'Cornwall Pizza' and a source of pride for Cornwallites, these delicious pies are an absolute must-eat for those who visit the city. 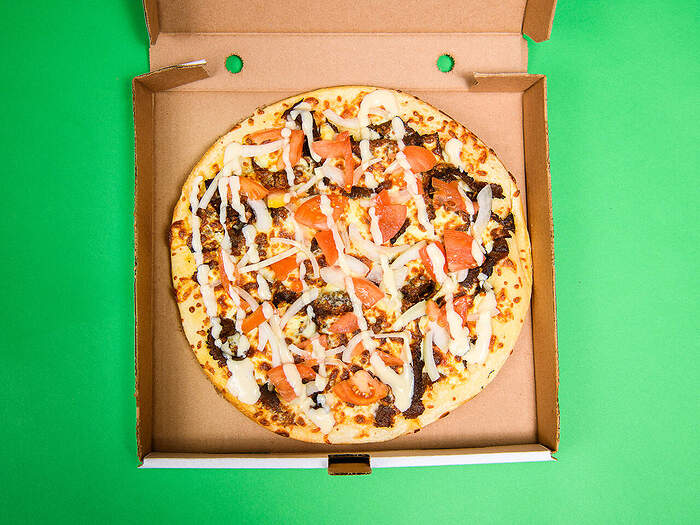 What’s A Canadian Pizza? Here Are 8 Regional Originals You Need To Try

From the original pizza pop to donair pizza, we’ve got some serious pie.

I would think Sudbury, Sault St Marie and Hamilton have enough of an Italian population to have developed good and distinct regional pizza, but I haven’t seen anyone write about it yet. 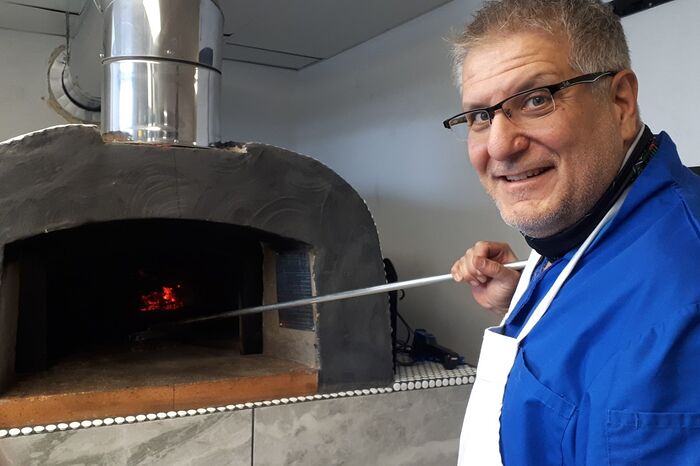 From a family recipe to training at the legendary Bronx, New York pizzeria Louie and Ernie’s to choosing the right wood for his stove, Ferrucci is all about the details when it comes to pie

May I assume that Italians didn’t emigrate to Canada like they did to America? 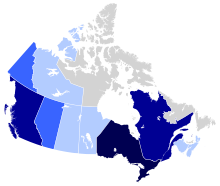 Italian Canadians (Italian: italo-canadesi, French: italo-canadiens) comprise Canadians who have full or partial Italian heritage and Italians who migrated from Italy or reside in Canada. According to the 2016 Census of Canada, 1,587,970 Canadians (4.6% of the total population) claimed full or partial Italian ancestry. The census enumerates the entire Canadian population, which consists of Canadian citizens (by birth and by naturalization), landed immigrants and non-permanent residents and the It...

I wonder if that’s Sicilian specific. Maybe 20 years ago the first food truck I ever came across (aside from halal carts and the morning coffee carts) was a pizza truck with oven on board in midtown. That’s exactly how they did their pizza - sauce over cheese, square slices.

Chicago style is sauce over cheese + toppings too, but that’s different given the dough, depth, and bake.

I’d like to try authentic Detroit style pizza. Are there any national chains that produce the real thing? Thanks!

Good question! As far as NYC pizza, I’ve yet to encounter an other place that puts the cheese on the bottom on the Sicilian slices.
Now this pizza truck you speak of intrigues me. Do you happen to remember the name? I’m always up for a little food related research 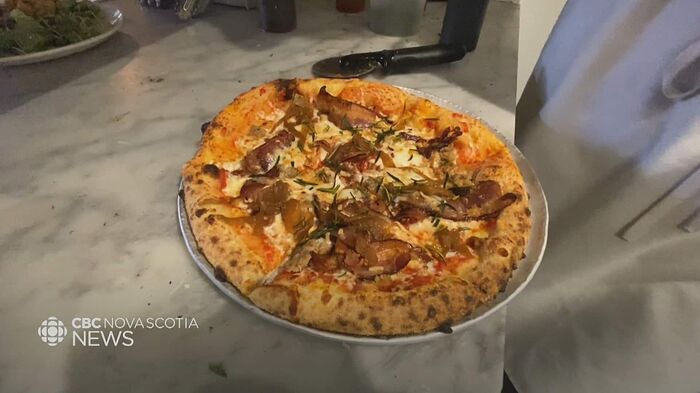 The Morris East Lumberjack Pizza is headed to the Canadian Pizza Summit in Toronto this weekend. Colleen Jones stopped by to see how this soon-to-be-famous pie is made. 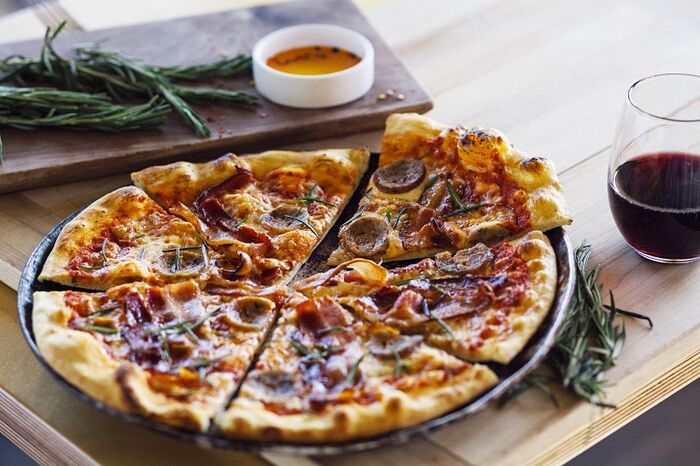 Impress your friends, welcome your new neighbour or simply hoard it all to yourself, this pizza is bound to please.

Fried rosemary and maple syrup would make this a no go for me.
Shouldn’t Nova Scotia have a fish pizza?

I’ve had an excellent apple, maple syrup, bacon and cheese pizza at a restaurant called Foxy in Montreal.

Lots of places are drizzling pizza with hot honey lately.