Its been years since I’ve actually gone to Hung To Seafood Restaurant (I think I went when it was called Palm Village), but I’m always apt for going back! Started off with dinner first… 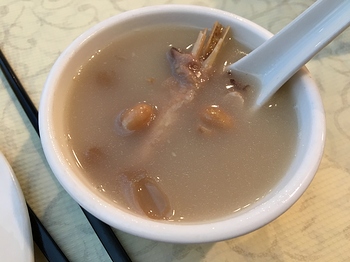 Started off with a bowl of house soup which was the chicken feet and peanut soup. A savory soup that typically has a nice bit of lip smacking due to the collagen/gelatin from the chicken feet. 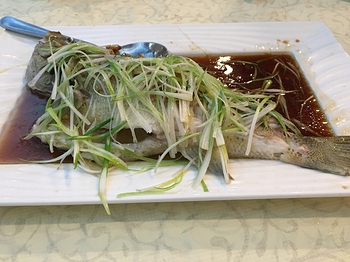 A nicely steamed fish, though I was intrigued by a home-style steamed seabass that was on their menu. I think its steamed with some preserved vegetables on top but per their waiter they were uh… too busy… to do that dish. 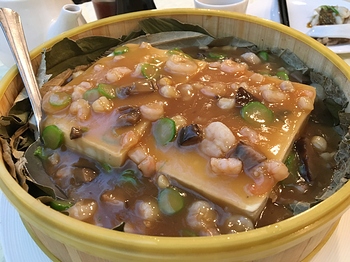 Next up, the steamed tofu with diced mushroom and shrimp. Mmm… it was alright, I thought the sauce was thickened a little too much with corn starch. 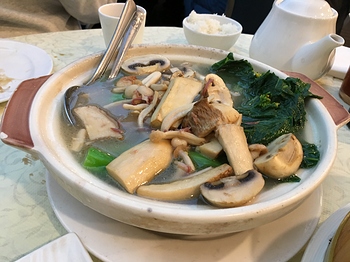 For our veggies, got the simmered mix mushrooms with seasonal vegetables in broth (which was well… canola). Regardless, more on the lighter side but I enjoyed it for that reason. 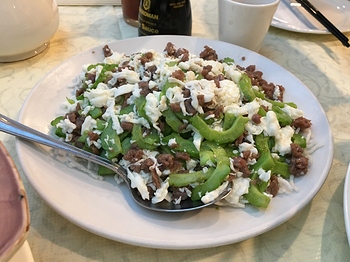 Some stir fried minced beef with bitter melon and egg white. Not exactly my uh most favorite melon, but the bitterness is balanced with the savory beef. I thought its a little more on the oilier end (likely due to the scrambled egg whites), but still think its a good dish with rice. 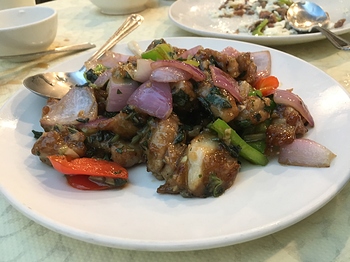 For our final entree, we got some spare ribs with shisho leaves which was an interesting variant (though it did remind me of basil… … … which … … I might have also been eating… hrm…). Anyways, a soy based savory note with some onions and bell peppers spice up the dish with the shisho giving some more aromatics. 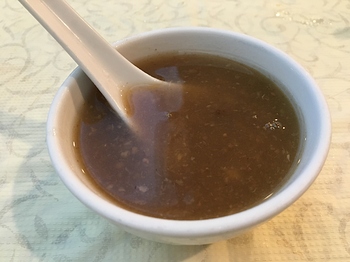 Finished dinner with a bowl of red bean dessert soup… though the dessert soup was pretty much warm and little too gelatinous for my tastes.

Overall, rather enjoyed the dinner and wanted to see what the homestyle steamed fish would be like in the future. The only drawback for this place is that I found the dishes to be priced on the high side and the portions aren’t exactly overwhelming either. Eh… anywho, decided to give dim sum a shot the following day. 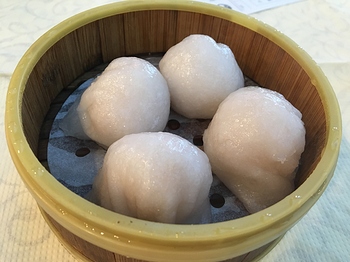 Started off with some shrimp dumplings, thought the wrappers were a little too thick but otherwise pretty good? 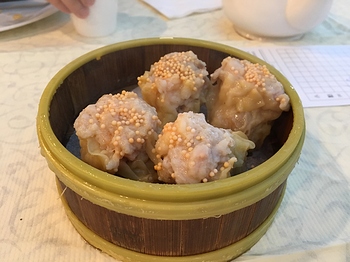 After that, we got some siu mai as well. They are rather large but taste wise they hit the mark. 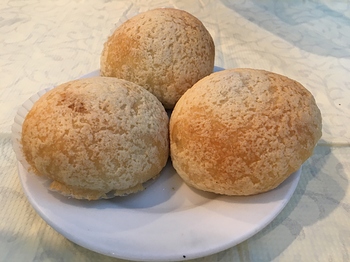 I’m always delighted to have the crispy baked bbq pork buns. Crispy on the outside, warm and soft on the inside. The bbq pork wasn’t too gristly and I thought the marinade was maybe a little bit sweeter but otherwise this was great. 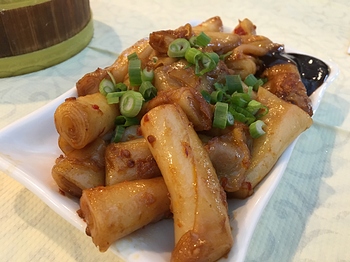 Got some XO stir fried rice noodle rolls. I think they mix their XO with chilli sauce as those noodles were spicy! Hot out of the wok, still thought it a good touch. 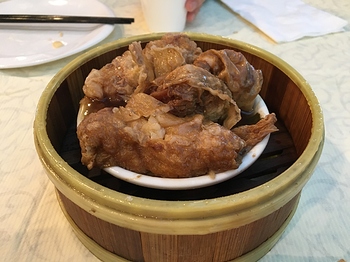 Next up is their steamed stuff tofu skin rolls, thought they did a good job with their yuba wrapped meat and veggie items mainly due to the sauce… its probably just a sauce vector… in any case, the yuba was properly soaked then steamed, no jarring super tough piece. 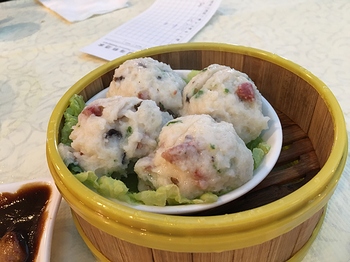 Next up was their dace (Chinese mud carp/lang yu) fish balls. Their fish balls had bits of Chinese sausage in it so added some aromatic notes as well. The fish ball itself was pretty good, not solidified into a giant ball but still bouncy. 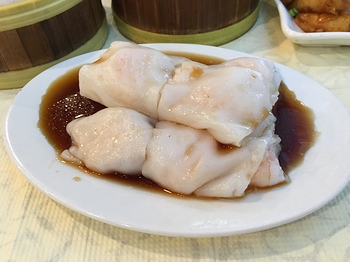 Next up was the shrimp noodle rolls. The noodle rolls were a little thicker than I preferred but still smooth. 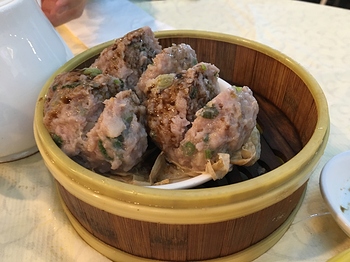 Following the noodle rolls, we got the steamed beef balls with yuba skin and a dash of Worcestershire sauce. I kinda like how they do the meat balls, as they’re still relatively springy and not dense. 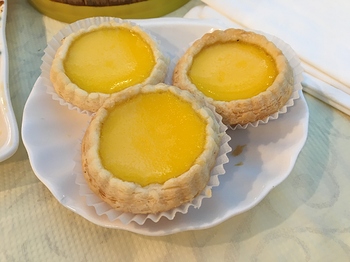 Saw the waitress bring out a few dishes of egg custard tarts so I opted to try them out. Warm and semi-crispy, I thought they were nice but I’d just save space for some other dessert (I hesitate to recommend standing in line at Golden Gate Bakery but I still think that place is the gold standard). 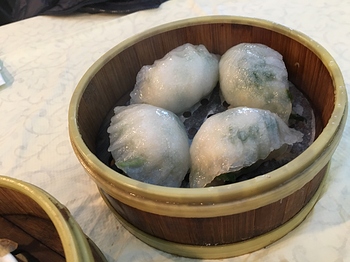 Got some shrimp with parsley dumplings, and like the shrimp dumpling, I thought the skin was too thick. 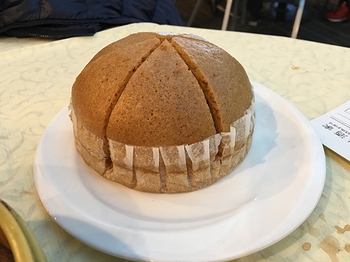 And to end our dim sum meal, we saw a fluffy looking sponge cake and opted to go for that as well. It had a chewy, bouncy cake texture and wasn’t too sweet. I only saw two layers on the cake though.

Overall, Hung To does a relatively nice job on the classical dim sum menu, nothing too new or fusiony. For lunch or dinner, I do suggest getting there at an early time or prepare to wait as the restaurant is… well… tiny. I still think the place is a little bit on the pricier end though but will do more eating to get a better feel.

We wanted to give Hung To another try as we couldn’t get the home-styled fish last time around. 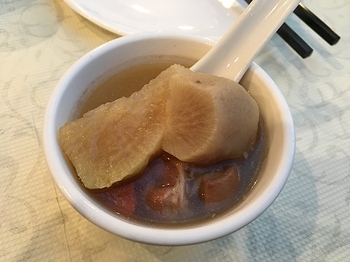 Started off our meal with triple-carrot/radish soup (white, green, and orange). A good savory flavor with the long boiled complimentary soup. 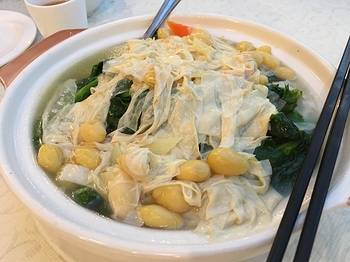 Starting off our meal we got the simmered tofu skin with pea tendrils in broth. This bowl was gigantic for our family. The gingko nuts can be hit or miss with people, but it brings a bitter bite to the dish. 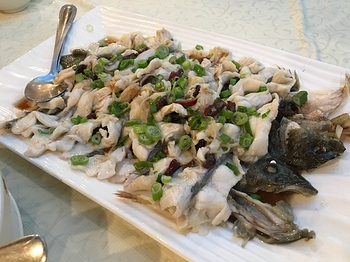 Ah! The home style steamed sea bass. The fish was steamed rather well, and the introduction of the red dates was an interesting touch. I thought there might have been some preserved vegetables added to the bass, but nope, mostly the red dates. I’d order this dish again. 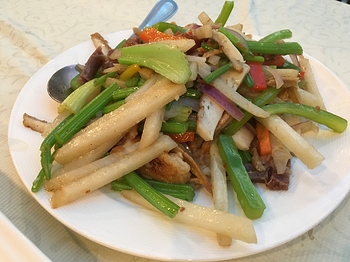 Following the fish we got the assorted stir fry whose name I can’t recall. The jicama provided a nice textural crunch, but I found the dish to be on the saltier end. 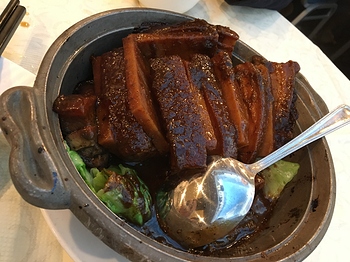 Lastly we got the braised pork with preserved vegetables. The pork is… quite lean, which is odd for me to see in this dish. This made it more chewy and tough, so bad luck this time around. Usually the fat is mixed in enough to have this luscious meat. However, the sauce was quite nice. 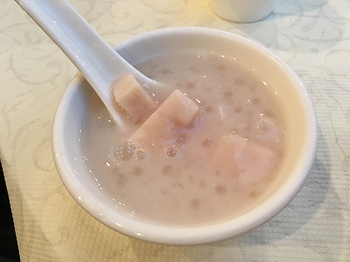 Finishing up the meal was the taro with tapioca dessert soup.

I thought Hung To did a nice job at dinner, was extremely quiet after CNY but that could be due to the impending Corona explosion in Wuhan affecting our air waves.