I like it a lot! Whoda thunk it? I didn’t realize she had lived in Queens. She’s a home girl! Comes across much more relatable than on Top Chef. 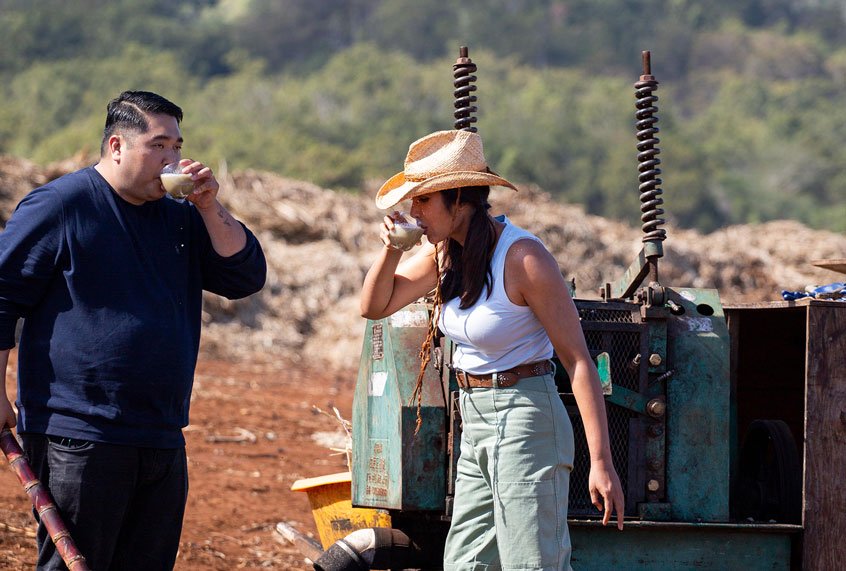 Padma Lakshmi's political "Taste the Nation" food series could not have...

In her new travel food series, the "Top Chef" host interrogates the mix of cultures that comprise American cuisine

“Lakshmi has real presence here, moreso than her admittedly fun moments on “Top Chef.” We see her speak in multiple languages, from Spanish to Tamil, see her really get her hands dirty cooking and eating produce fresh from the ground, and witness her whimsical sense of humor that’s previously been relegated to her Instagram posts. Her immigrant story is also woven in through the episodes, not just the one about Indian cuisine, and at the heart of it is her relationship to food.”. 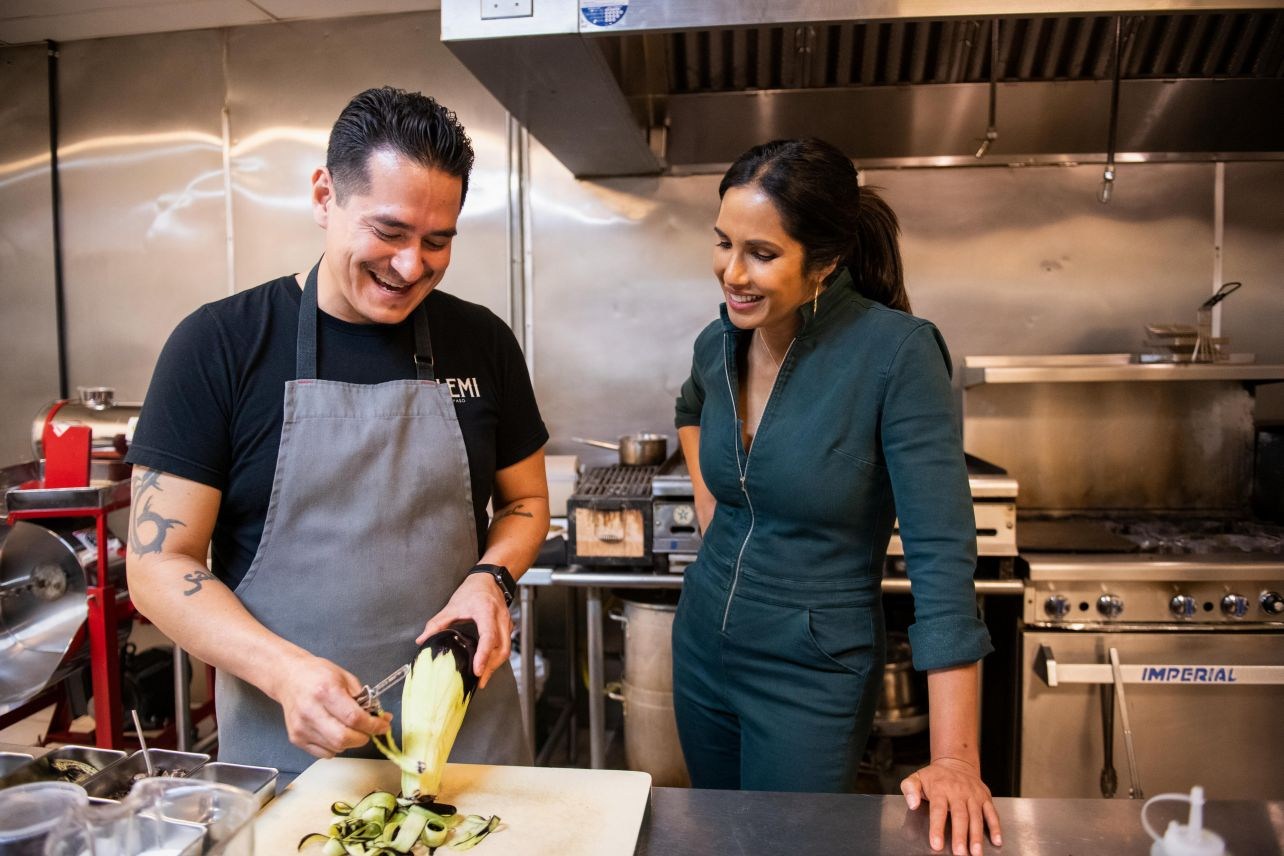 Stream It Or Skip It: ‘Taste The Nation With Padma Lakshmi’ On Hulu, Where...

Lakshmi travels across the U.S., learning about the immigrant and indigenous communities that have shaped American cuisine.

" The gold standard of these kinds of shows, of course, is the late Anthony Bourdain, whose personality was always present but knew when to let the food or the person he was talking to take center stage. We know Lakshmi is there; her presence is pretty much unavoidable. It could be her already-significant star power, or it could be just that she looks like Padma Lakshmi (Haddad calls her a “knockout” when she compares her 49 years on the planet with the idea that he’s been in the U.S. for almost 60 years; she takes the compliment but not all that comfortably). But there doesn’t seem to be a moment during this first episode where we don’t think this is her show."

I’ve watched almost all of them and never once thought “why the heck are we listening to her?” which I sometimes think when I’m watching Top Chef. 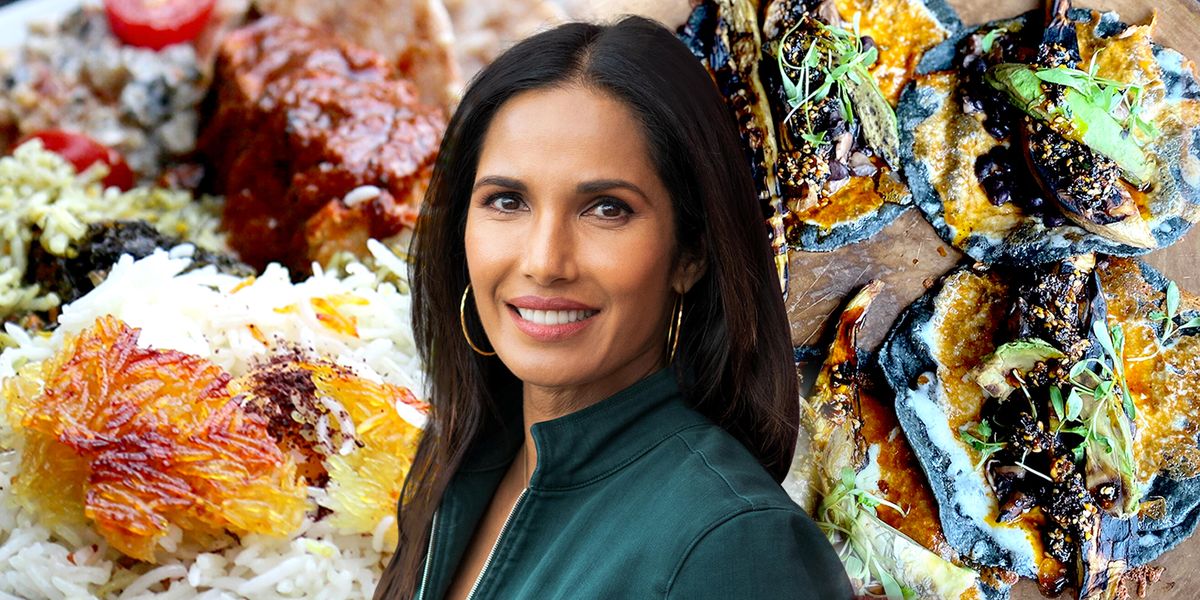 Padma Lakshmi Embedded With Immigrant Chefs to Tell the Real Story of...

In 'Taste the Nation,' she tackles cultural appropriation and white male dominance, all while carving out a future for food that represents us all.

“… And if you’re wondering who currently serves as the mayor of Twitter, look no further than her inspiring, occasionally incendiary, feed.”.

2nd season is a holiday edition.
Fun and informational.

I’ve watched almost all of them and never once thought “why the heck are we listening to her ?” which I sometimes think when I’m watching Top Chef

Haven’t watched, but I always find it fascinating how men who speak at length are seen as interesting and worthy whereas when women do so, that’s the question that often arises.

I’m not here to take anyone individually to task on this, just to say this sort of statement is so common in the aggregate that I felt like saying something.

Thank you for all of these links. I look forward to exploring.

Gender has its own voice no doubt without insult I can acknowledge your pov. However, the overall content and approach to this entire series is so fresh and tries hard to illuminate the immigrant story that I am captivated by the personal stories and less on the host. Having said that, props to the host for tackling a much needed approach to these special and historical food stories. Even this 2nd season, holiday-themed, is educational.

Thanks for the pointer! Somehow I never noticed this show—want to check it out.

Haven’t watched, but I always find it fascinating how men who speak at length are seen as interesting and worthy whereas when women do so, that’s the question that often arises.

Being a woman who is inlined to speak at length, and hadn’t thought I might be less interesting than I imagined, I can’t say that occurred to me!

I believe when I wrote that months ago I was referring to the idea that Padma is not really a chef (as far as I know), and started out on Top Chef as a host, but now seems to do the most talking, be afforded the most respect, leeway, and screentime.

OTOH, she appears to be an immigrant, and as far as I can remember did a great job telling that story, letting her guests share theirs, and being an advocate.