Hudson NY or elsewhere for a getaway- ideas please?

My husband and I are looking for a two night getaway for a weekend in November. He randomly mention Hudson (well, not so randomly, as there are two breweries there he wants to try) and I wanted to see if anyone here is familiar with the area. I seem to remember reading about some good restaurants in Hudson. .

We really just wanted something within 2-3 hours of mid Westchester where we can get a comfortable hotel room, some good food and some good beer, so I’d take ideas other than Hudson too. Somewhere with a walkable downtown but not a city (we love Philly but go there in December).

How about the Berkshires? You can take a really nice ride up 22 and there is Great Barrington or Stockbridge. Both are nice little towns. Though maybe GB is too big for what you want.

Thanks! We love the Berkshires and have been there probably 10 times. Looking for someplace we haven’t been before.

I haven’t been, but a friend of mine used to own a place in Hudson and she constantly raved about how beautiful it was up there. What about Saratoga Springs? We have been there a couple of times - cute town, and great if you’re a history buff. What about southern Vermont (Bennington/Green Mountains area)? You’ll be past leaf-peeping season but I’m sure you’ll find some great breweries and maybe some late season hiking?

Thanks for the ideas! I’ve always meant to get up to Hudson. I don’t particularly want to stay in a B&B with tiny rooms and a claustrophobic type feeling and I’m having a little trouble finding lodging there that fits the bill without being ridiculously expensive. Actually, that makes me think that maybe I should see what Airbnb has in that area. I like the Saratoga Springs idea. We’ve been up to Lake George but never Saratoga Springs. Is the restaurant scene good? Any specific recommendations? As for Vermont, my husband just got back from a trip there so while I’d be down for that I think he’d rather try somewhere else.

It has been a few years so I don’t recall where we ate last time, although I think it may have been Druthers Brewing Company - if I am right, my husband enjoyed the beer! A friend also recommended Scallions, a vegetarian eatery, before she remembered who she was talking to, LOL. I will ask her for updated recommendations - she lives in the area.

It’s been a few years since my visit to Saratoga Springs as well. But I do recall it was a very pleasant/walkable town with more dining options thea we could try in our three-day weekend. I do recall we stayed in the center of town and ducked out to a bakery each morning–a quick google reminds me it was Mrs London’s–to avoid the hotel’s mediocre breakfast.

I know I solicited recommendations/reported back on the other site, but I can’t find it now after extensive searches

But I do recall a very good eating/drinking/shopping experience.

Thank you! I will do a little research and see what my husband thinks!

I was in Saratoga last week. There is a bustling restaurant scene and we had good dinners at Max London’s (attached to Mrs. London’s) and 15 Church. We wanted to check out Farmer’s Hardware, Hattie’s, and Ravenous for lunches/brunches, but didn’t have the time.

We had breakfast twice at the Triangle Diner which served what was probably the best corned beef hash I’ve ever had. They have some pretty interesting specials later in the morning (maybe 8:30ish) like Bailey’s bread pudding. Both times we went, the place was filled with locals.

If you do nothing else there, make sure to have a mineral bath at the Roosevelt Baths and Spa. The tub rooms are the same as the were 100 years ago. It looks as if the tub was filled with Coca-Cola (or water from a cleared sewer line with an Alka Seltzer dropped in), but the bath itself is transformative and magical. We should have done it every day. There are other spa services if you are so inclined, but the bath is a must. The building is in the State Park and for an additional fee (which we didn’t pay), you can go to several of the still-flowing springs and sample the different waters.

We stayed at the casino hotel and were able to watch harness racing up close, in the first row right by the track fence. I’ve never been to Empire Casino/Yonkers Raceway, but imagine that the setup is pretty similar.

We saw some stunning Victorian homes in the area and even a brownstone on Broadway. There are a few really quaint bed-and-breakfasts if you want a more unique place to stay. Broadway has lots of shops from larger clothing retailers to curated boutiques to tchochke-filled dumps, but all are fun to check out.

If you’re looking for bars and nightlife, we were directed to Caroline Street, but we were too pooped to party. 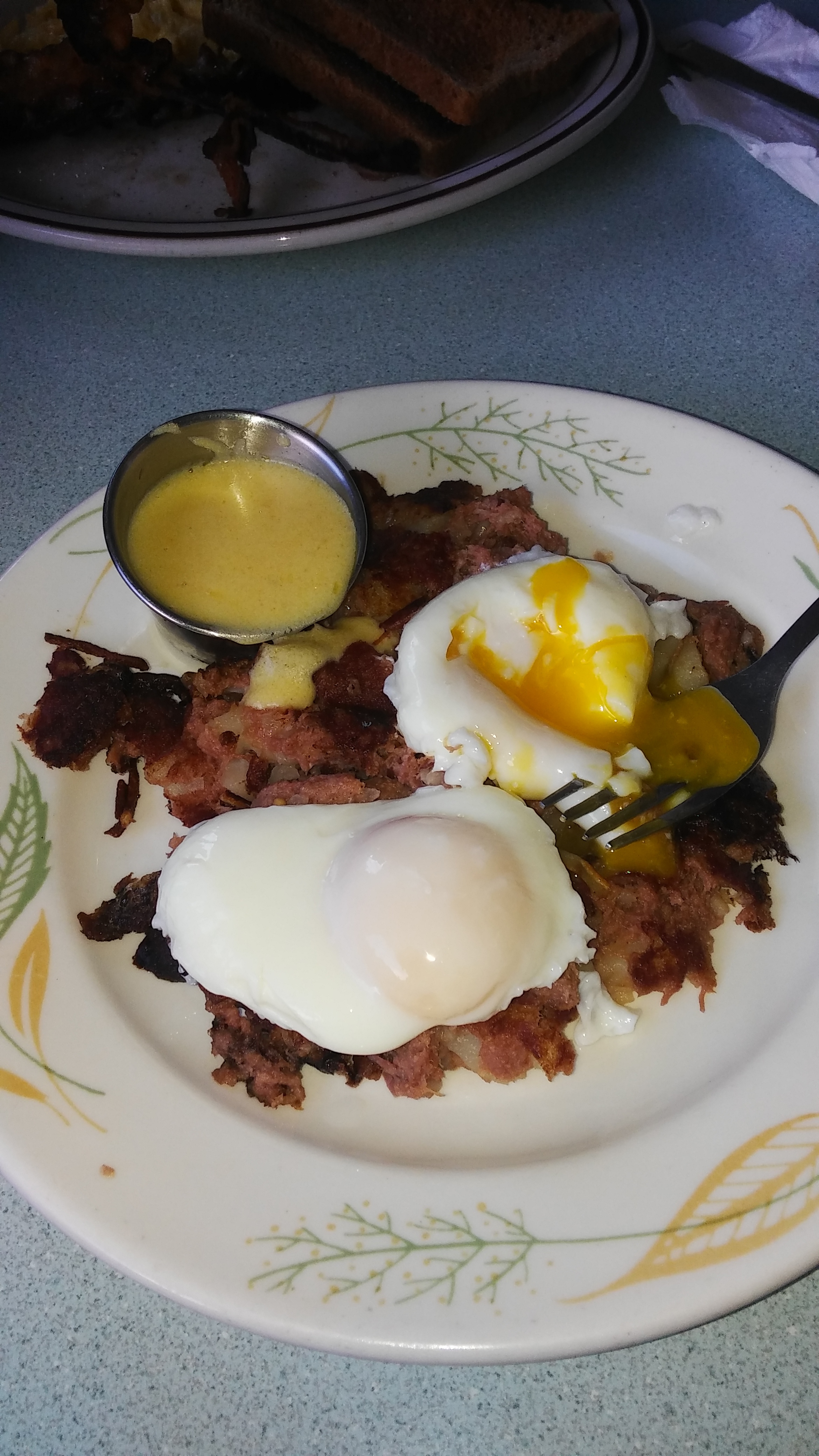 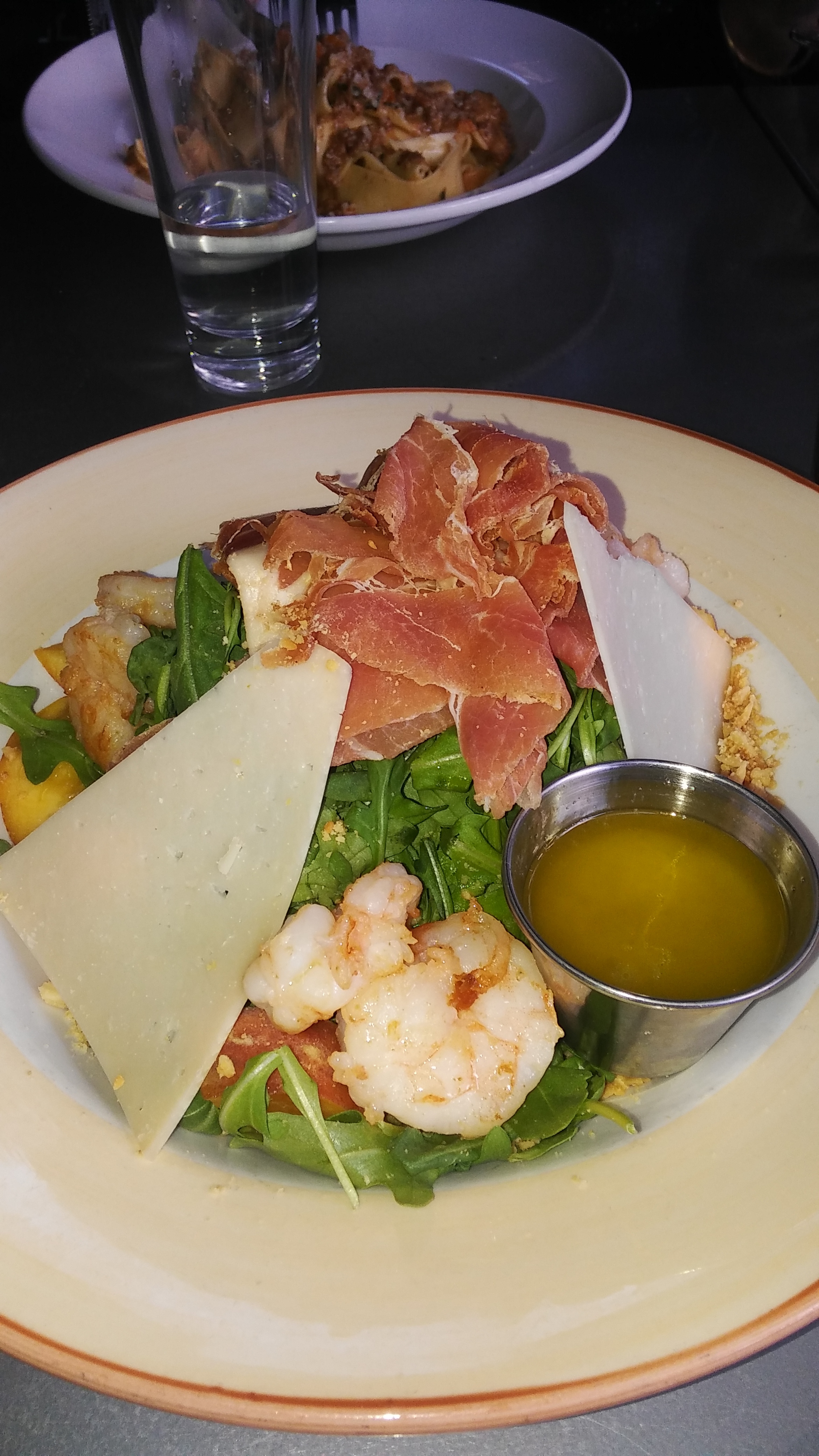 Perfect timing! My friend also highly recommended Hattie’s. She’s going to get back to me with some more recs - her husband is actually in Saratoga with a friend (a lifelong local) right now, so she should have some great suggestions shortly.

ieatalot - my fave place in hudson is crimson sparrow, pricey, tasting menu is japanese influenced all over the place.

fish & game has gotten a beard nomination or award? sometimes i was knocked out, sometimes not so much. i’ve also been to backbar, his casual place, and the asian flavors are quite good.

there’s a lot of other places in town (swoon pops to mind) or local 111 in philmont is on the way up to hudson.

olana is a nice place to view and view from.