How Trump Eats His Steak Matters

The Eater has a piece titled Actually, How Donald Trump Eats His Steak Matters; I’m not sure I buy it entirely, but it’s an interesting argument:

Trump’s insistence on well-done meat has been extensively documented; it’s now as much a part of the man’s mythology as his sine-wave hair and preferred female silhouette. “It would rock on the plate, it was so well done” is how Trump’s butler described his employer’s preferred preparation to the New York Times. In February of last year, at a New Hampshire steakhouse, it’s how Trump ordered a bone-in ribeye. Do you know how long it takes to cook a bone-in ribeye all the way through? It takes a long time. You need to really want it…

But if you’re Donald Trump — the President of the United States of America, the man who is, now and for the foreseeable future, the most powerful figure in the world — categorically rejecting external input can be catastrophic. It may just be steak, but it’s also everything: It’s a choice to silence experts who suggest a different path, to dismiss their course corrections, to reject the very premise that expertise outside his person can have value.

As I said, not sure I buy it. Trump certainly has execrable taste in nearly every respect, and he is certainly utterly unfit for any public office (least of all the Presidency), but I don’t really think the latter follows from the former. On the other hand, the piece make more sense if you take it less literally–that is, if you take Trump’s tastes in food as a metaphor for a much larger failing in his character and his ability to govern.

No, this doesn’t matter. Whether he’s partial to borscht and caviar maybe.
Does he put ketchup on his hot dog? All important.
Should have been asked in the debates along with whiz/no whiz and do you consider a California burger a Communist plot?

And putting ketchup on his steak? 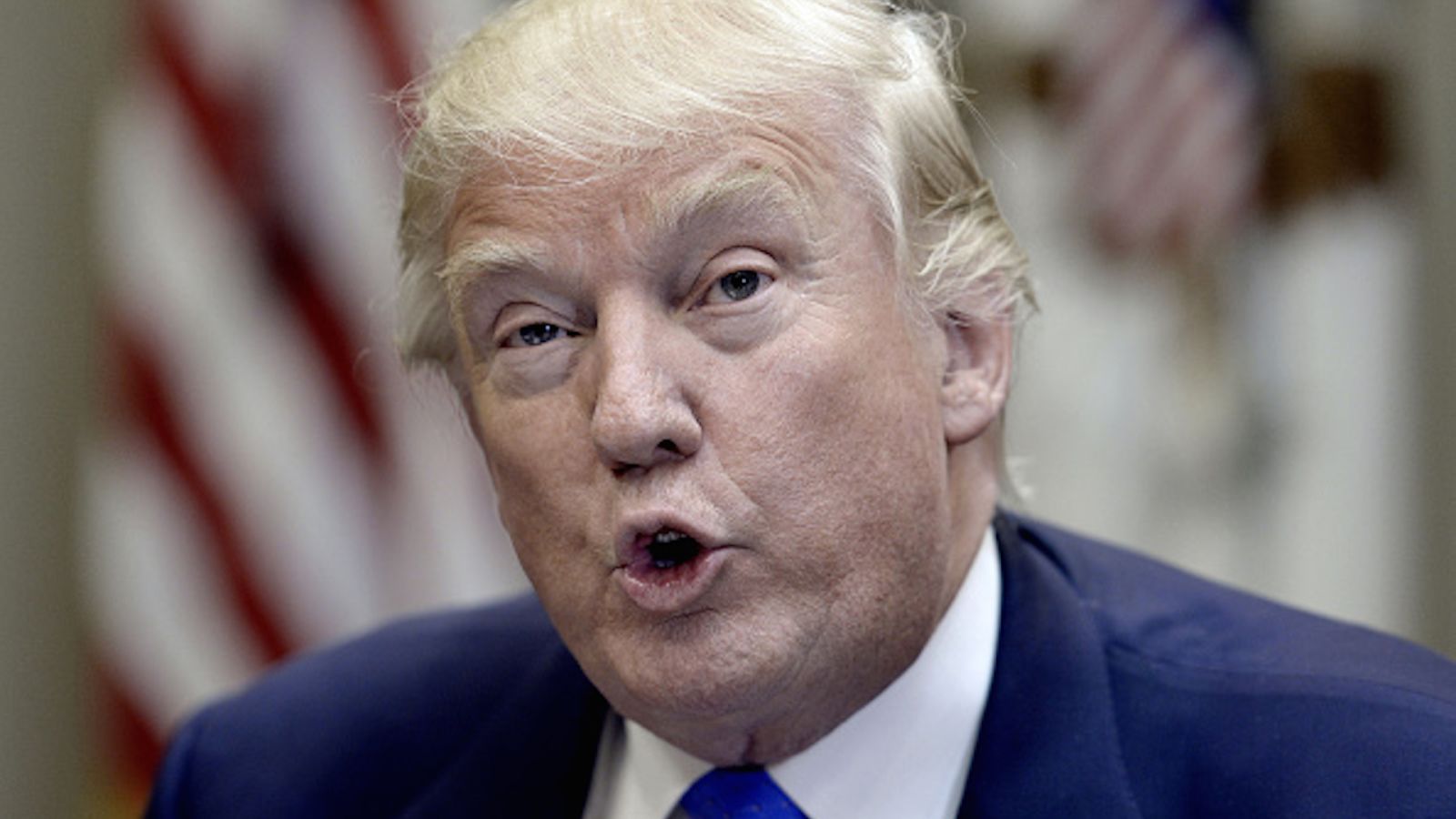 Donald Trump Eats His Steak Well Done With Ketchup, Like a Damn Child

Last night, our meathead-in-chief headed to the Trump Hotel in downtown Washington, D.C. for a steak dinner at the BLT Steakhouse. And wouldn’t you know that he managed to make it completely unappetizing!

he is certainly utterly unfit for any public office

Allow this foreigner to deduce that this comment is not fake news.

When my dad was a young man and had steak for the first time, dining with friends, he asked for catsup. But he grew up in the Depression, in small-town Wisconsin, and didn’t know any better. What’s weird about Trump is that he could afford to have much better taste than he has.

Reminder: per forum rules, please focus the discussions on food taste, versus politics. Thanks.

I think taste in food is not necessary the same as governing ability. I think it is interesting to make fun of the guy, but these two things are not related. Otherwise, you would argue that the best leaders are chefs. In my opinion, Trump’s actions speak for themselves. We don’t need to use his taste in food to make additional points.

I cooked a steak the other night . With the main reason being ; was to have a steak with ketchup on it . It was great .

He IS a self-admitted germaphobe so IF I were inclined to be charitable to charlatans, which I am not, insistence on overdone meat could be understandable.

On The Late, Late Show last night, host James Corden hypothesized that the reason 45 orders his steak that way is so that he can hear the words, “well done”.

On The Late, Late Show last night, host James Corden hypothesized that the reason 45 orders his steak that way is so that he can hear the words, “well done”.

To clarify …the like was for James Corden’s joke

Please keep your own execrable and utterly vacuous thoughts elsewhere. Like in your echo chamber.

I cooked a steak the other night . With the main reason being ; was to have a steak with ketchup on it . It was great .

I admit to liking ketchup on steak. Caveat - it’s a comfort thing. Whenever I ordered steak when I was younger it was with fries. The ketchup sometimes got on the steak and I liked it. Also, usually on a flank steak, not a great strip steak. Though I love Peter Luger steak sauce which is almost like a sweet cocktail sauce.

And Bush was pilloried for his aversion to broccoli.

The man could eat Cheerios and beer for all I care, as personal taste is not even remotely tied to intelligence or leadership…i just want an actual leader as president.

More shit to draw attention away from real stuff.

Thank you for your valuable feedback. While we can’t respond to every customer individually, please be assured that your opinion is important to us.

Closing thread. As noted, please keep politics out of discussions, especially given the divisive state of the national political discourse.

5 Likes
“Food is a pretty good prism through which to view humanity.”
― Jonathan Gold
Market stall in Lima
Credit: TXMX 2