How to fix some screwed up meatballs?

Isn’t orange beef and broccoli a thing…?
I think you could chop it up, then stir fry with broccoli and as much chili oil or sweet chili sauce as you can handle with some sesame oil and maybe a little orange juice or sugar to balance the bitter peel.

Honestly I would try a soup. Something with ginger might play nicely with the citrus flavor. The soup itself should help lessen the potency of the meatballs, hopefully the orange flavor will get diluted in the broth.

My first thought was to break them up and pan fry the meat with ginger and green onions, finish with a couple of splashes of soy sauce and make lettuce leaf roll ups.

If they’re really bitter, you might also want to add a bit of sugar or better yet, some honey.

You could add some cooked rice to the meat mixture at the end.

That’s what I would do.

I had a similar thought, maybe a sweet and sour sauce that you could use to mask the orangey meatballs.

If you get or somehow get a nice crust on the meatballs, maybe that could help with texture too?

Not sure what kind you used, but Chinese dried orange peel is usually made from tangerine or mandarin orange peel. Its not your traditinal navel/valencia orange.

I would repurpose into a stirfry and add heat via sambal oelek or red chilli flakes to offset the orange peel, along with soy sauce, oyster sauce and some hoisin. Add beef broth and a corn starch slurry for a saucier result.

agree with you
Friend of mine owns Hunan restaurant in Gaithersburg
I often observe tangerine peels being dried in a flat bamboo basket ( the ones used for separating rice from rice husks) at their home. I presume that is what they use in their restaurant for orange chicken or beef
I typically buy mine already dried from Asian Grocery store that last me a long time, use them to add fragrance stir frying certain food but usually remove the before serving.

If you have a dog, try it with him (her) first. If they like it, it is then re-purposed dog food… if not, then bite the bullet and dump them. (lol)

I would dump them. They are already cooked, and you don’t like the taste. Trying to mask the taste will not help. Kind of reminds me of used clothing on eBay that was never washed, and someone thought it was a good idea to drown it in perfume. Only makes it worse. I don’t like wasting food, but investing more time and money to fix it, would not be my choice. Good luck.

To clarify, its still raw.

Not sure what kind you used, but Chinese dried orange peel is usually made from tangerine or mandarin orange peel. Its not your traditinal navel/valencia orange.

Its my own dried mandarin peel. Perhaps I didn’t age them enough, compared to the ones for purchase in the market.

That’s unfortunate. Next time, make a test meatball, and taste as you go so you can adjust seasonings Etc.

Thanks for all the ideas so far!!

Ok, experiment 1. I will have a few more experiments since I have at least 15 meatballs left.

I used 5 of them just now in a soup. And threw a bunch of stuff that I had at home in- potatoes, carrots, shallot, oregano, passata, paprika, black pepper. I wish I have thyme but I don’t. I’d say the soup is ok, not the greatest-tasting soup ever if this is not a rescue mission, but considering the constraints, its more than serviceable. A little floral. The meatballs mostly tasted decent. The citrus taste was still there, but now mellow enough to eat. 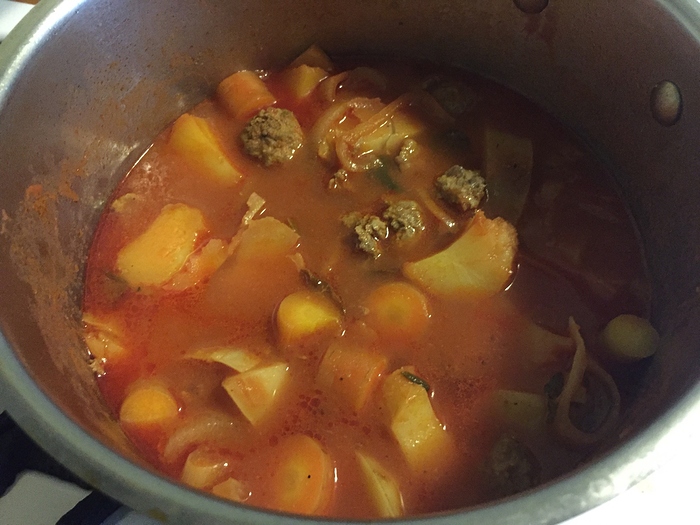 Excellent!! Too bad you didn’t have ginger, citrus compliments ginger to me. Good luck with the remaining and keep us posted!

Its my own dried mandarin peel. Perhaps I didn’t age them enough, compared to the ones for purchase in the market.

How long have you aged them? Shouldn’t include the white part when drying them, very bitter, if you did.

I remember HO has a discussion on this:

Will I Poison Myself with this orange peel? Cooking, Cookbooks, Ingredients

No apologies for the dramatic title… but food does go through chemical changes when you cook it. I wanted to create orange peel powder for spice, and also to use in soap making, as an exfoliant and to give the soap a nice smell. I don’t have a dehydrator so I left a tray full of peels in a preheated oven and turned off the heat, but I left it in a bit long, so some of the orange slices turned dark brown. I still pulverized them along with the just done ones in the spice blender and the product…

purchase in the market.

How long have you aged them? Shouldn’t include the white part when drying them, very bitter, if you did.

I remember HO has a discussion on this:

A few months. How do you even separate the white part from the orange part though?

How do you even separate the white part from the orange part though?

There is always the debate whether to leave the white pith or not. 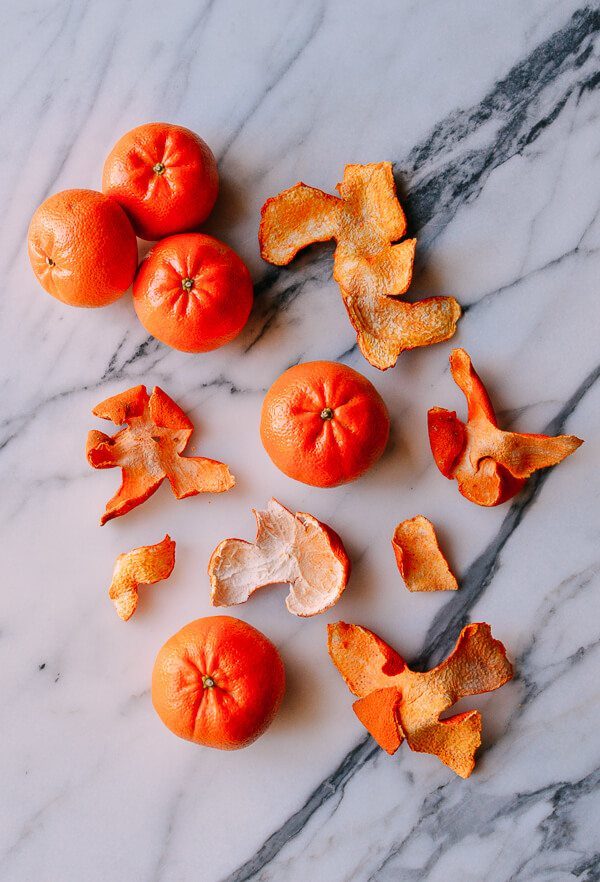 How to Make Dried Tangerine Peel

use a serrated knife to carefully scrape away most of the white pith on the inside of the peel. This will prevent your dried tangerine peels from being too bitter. 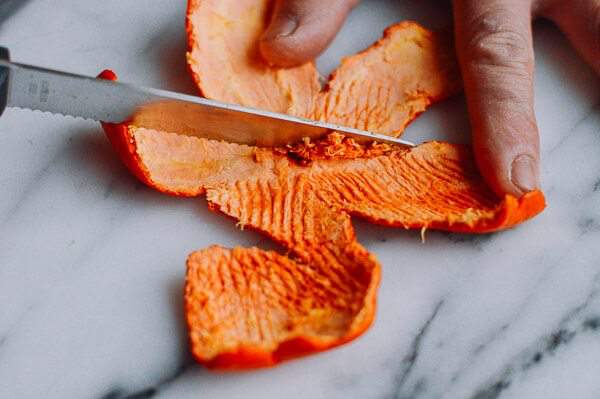 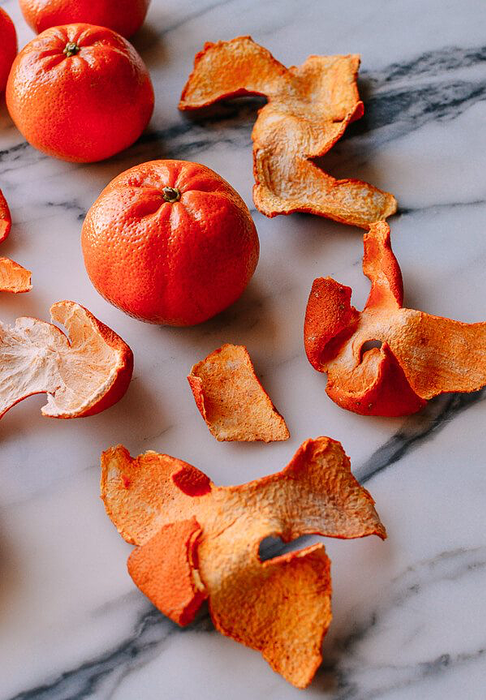 (I realize this is an older post, but for posterity’s sake…)

I know that’s a fairly popular concept, but the more I read about the many common “people food” ingredients that apparently really aren’t good for dogs (and cats), the less good an idea I’ve come to think that it is. Onions and other alliums, for example, are apparently really bad for dogs.

Plain meats (animal parts, in general, not on the verge of spoilage) seem to be a pretty safe bet, but unless you know all the ingredients are safe, it’s probably a bad idea in general. Many domesticated dogs especially will eat almost anything on the “eat first, puke later” principle, but that doesn’t mean it’s good for them…

Mike, you are totally correct… but my comment was followed by “(lol)”…for humorous purpose… not to be taken too seriously.

I have 2 Pomeranians .They eat raw meat for breakfast, ( mostly venison until I no longer can acquire them as I Iive in Maryland were the law does not allow venison to be sold so I depend on friends who are hunters to gift them. I pay for their butchering fees. However, last year, the only butcher in the County and I had an argument , so he refused to process any deer meat for me. It seems a friend shot a deer, could not locate it till later that day, took it to the butcher .My friend claims the deer for me was fine for man consumption but the butcher told me the friend had 2 deers and the deer gifted to me is not for human consumption. I told the butcher then I will not accept it but just pay him half of the butchering fee ($85.00) , that he can give it to someone else or his dogs as he claims that is what he feed his dogs. He was mad with me, saying he will never process any meat for me… Iourselves with it. So, they only eat eye round roast that I grind myself.

Once a month, I roast pig liver , one of their favorite food which is served hide their heartgard. (Wolfie had pancreatitis once sec to too many liver so, they can only have liver once a month) They do eat the inside of fried chicken ( without the skin) when I buy it from HT . For dinner they eat orijen kibbles as well as orijen snacks. 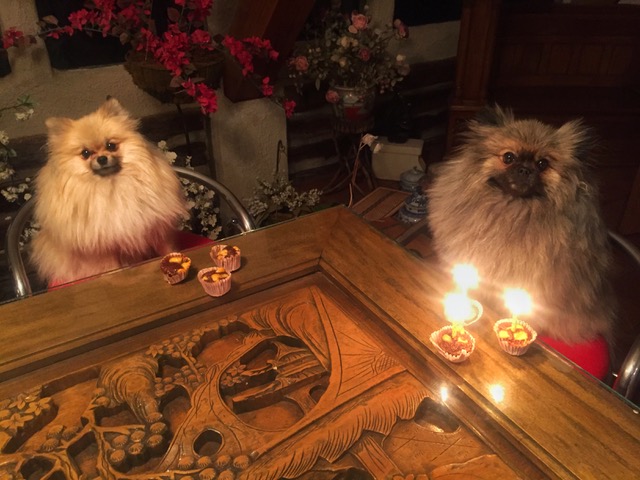 My poms sit around the table with us and get treats that I cook. ( I cook very spicey food, usually set aside meat that I am cooking before I add spices. They love duck and when I say I am having duck for dinner, they practically salivate. Same with shrimp, scallops but they do not understand those words except duck because they do get duck treats from orijen.

I wonder if you could rub the insides gently on a rasp grater?