How the Chile Became Hot 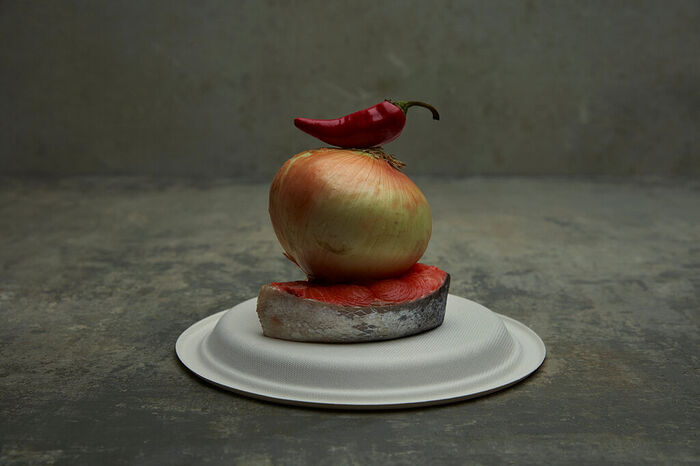 How the Chile Became Hot

Why did the consumption of hot peppers — after centuries of cultivation and global migration — come to confer status and sophistication?

Hoping the link works; I’m pasting it as a gift, so no paywall.

“Why did the consumption of hot peppers — after centuries of cultivation and global migration — come to confer status and sophistication?”

Did it? Still reading, but so far, interesting. Thanks!

As a chile head, I found the article an interesting read. Some folks suppose that hotter is better as the article observes, though I’m fascinated by the range of flavor notes present in different chiles. Heat can be subtle, intense, or not for me depending on the variety. So much to explore.

I believe that chilis were frequently viewed as a way to preserve food short term. If you know how a fly consumes solid food, (i.e. vomiting onto it and then slurping the vomit/saliva back up,) then any chili hot enough to burn your mouth may end up burning the flies proboscis and its digestive tract.
Anecdotal case in point. I was in Thailand and boarding the Lomprayah Ferry to Ko Tao and the cafe near the pier was selling two versions of its Pad Thai, one “Thai Spicy!” and the other “Not spicy”. Each stack of styrofoam containers had the one on top open so you could see the Pad Thai. The “Thai Spicy” one was pristine, looking good enough to buy and take with you. The “Not Spicy” one was covered in flies.
Draw your own conclusions.

come to confer status and sophistication?”

I had the same reaction

Cool article. The hot ones interview series mentioned in there is fun. Lots of hot sauce enthusiasts out there too.

I think so. Not in a general sense, but in special elite circle. Aside from the mass production chili pepper sauces offered by supermarkets, there is a fast growth of small scale, mom and pop, custom blend of chili sauces sold at 3-10 times of the mass production brands. People willing to pay $30 for a small bottles of chili sauce. I just don’t see that for ketchup or mayo or most other sauces

That is a good point. I will pay extra for a chili sauce made by one of my neighbors, vs. Cholula or Tabasco or SriRacha.
As long as it has flavor, not just heat, that is.
Same for craft beer, oysters and tomatoes. I like to buy local for those sorts of things, too.

I don’t disagree with that part, and even an increasing interest in growing peppers, making hot sauce and fermentation. I just didn’t think of it as status and sophistication.

I don’t think what people are willing pay equates to sophistication.

Decided to read based on the reactions of you all. Maybe this evening.

This is a brand I really like, kinda like coca-cola sometimes a popular brand can be good.

that being said, I have dozens of bottles, and ez to make your own too.

I read somewhere that they pickle or preserve the chillies in casks for a long time, and it’s only one kind of chilli that’s used to make the sauce. It also said that those chillies are grown in Mexico. I can’t remember where I saw it. Maybe on the Tabasco website or on Wikipedia.

Originally all peppers used in Tabasco sauce were grown on Avery Island. Over time growers were selected throughout Louisiana to accommodate demand and during the 1960’s the company established farms in various Latin American countries. As of 2013 peppers grown on the Island are used to produce seed stock, which is then shipped to foreign growers.[12] More predictable weather and readily available farmland in these locales allow a constant year-round supply. This ensures the availability of peppers should severe weather or other problems occur at a particular growing location.

From folks I know that have toured the island, I hear masks are needed and it’s still pretty intense smell wise.