How Do I Add Cape Cod Style to My Dinner Tonight?

Tonight I’m having my consolation dinner for the two cancelled trips to Boston and Gloucester. My friend, who was going with me is coming over with her H and son, so there will be five of us. Nice weather up here, so outside party.

We bought an entire box of King Crab, which I know isn’t native to the East Coast. We also bought a large bag of scallops, and our friends will be bringing some fresh local oysters.

My question is this: is there anything I could add to the seafood dinner that would make it more quintessentially Cape Cod-ish? Either food wise or setting the scene? I’d planned on making a potato salad and Key Lime Pie.

I’m lucky to have been gifted some beautiful plates with a crab in the middle, so those will be on the table with coordinating placemats and napkins.

I’m open to any ideas, and realize I should have posted this question earlier.

My only advice is that you do not over complicate whatever it is you end up doing. Looking back on my notes from two trips to the Cape, the restaurant meals involving seafood that most worked for us were those of comparitively simple cooking. It let the delicate flavours of the fish come through.

It’s a comment I would happily make about New England generally, with chefs “honouring” the fish in a way that doesnt happen too often in my own part of the world. And that’s a real disappointment - you’d hope that, with those of us in Old England all living within 75 miles of the coast, we’d have more of an appreciation of seafood. But we don’t.

Good advice @Harters; we plan on steaming the crab legs, grilling the scallops, and probably grilling some oysters too. I’ve tried many times to eat oysters on the half shell, but I simply don’t like them that way, but the others tonight do. We just grill them lightly, so they’re still plump and juicy.

Corn on the cob is always on menus here in the summer. Clam chowder, as well (no tomatoes).

Yes we make our own stuffies also love them

Crab? How extravagant! Tables have turned and now lobster is the less expensive.
Summer in New England = fresh swordfish, cotc and wild blueberry pie. Maybe some steamed clams with broth and drawn butter to start.

Thanks all! We dropped the potato salad, and are having COTB with the PSTOB. Also no clams, but oysters. The table should reflect the theme, I’ll send pics of the table set up and seafood. We will pretend we’re on the cape, cuz so damn disappointed. When I told moved away BFF (who is still going to Boston with gf’s she was jealous. She wants to do a zoom, we’ll try to do that.

Substitute blueberry pie (per carolina1’s suggestion) or cobbler for the Key lime pie. Or have ice cream sundaes.

Looking back on my notes from two trips to the Cape,

My notes about the Cape are not nearly so inspirational. Some latitudes and longitudes for anchorages at both ends of the Canal and links to a couple of credible sources for tidal current. Not only can the current run up to six knots against you over the 5.9 nm long canal, there is a Coast Guard requirement to complete transits in less than two and a half hours. A fair current isn’t great shakes either if you get too close to the railroad bridge when it is down in a slow boat as you might not be able to go fast enough to avoid being swept into the bridge.

Not nearly as poignant notes as John’s reflection on delicate flavours of fish. John: the extra ‘u’ is on me. grin

A reminder that lobster, like Chesapeake Bay blue crab, was once so plentiful and cheap that people of means would not deign to eat it.

Simple grilled or broiled with lemon and sea salt and fresh parsley. The raw little neck clams on half shell were divine.

The lobster (Maine type) was quite wonderful if memory serves me correctly.

Simple grilled or broiled with lemon and sea salt and fresh parsley.

Great ideas, @barca! Also baked, filleted fish with a breadcrumb and butter topping would be one of the traditional preparations in coastal Massachusetts and on Cape Cod. Maybe with a quick run under the broiler for toastier breadcrumbs.

What a great friend you are for hosting such a fun dinner! I can’t wait to see the pics! Clam chowder or lobster rolls if you felt like adding but your menu sounds devine! Enjoy!

Ok, here is the big seafood consolation dinner. We ALL had our fill of everything. It was fun, and weather was beautiful. I was thinking about blueberry pie, but not fast enough to put blueberries on the grocery list. So, Key Lime it was, which everyone loves anyway. The amounts of food were just right. 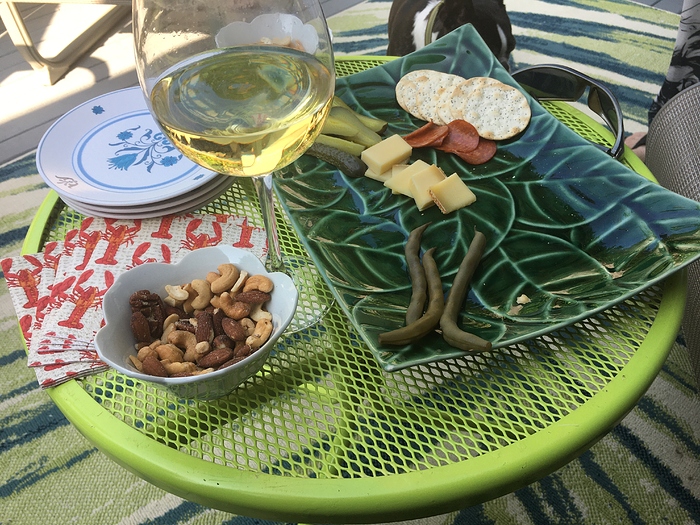 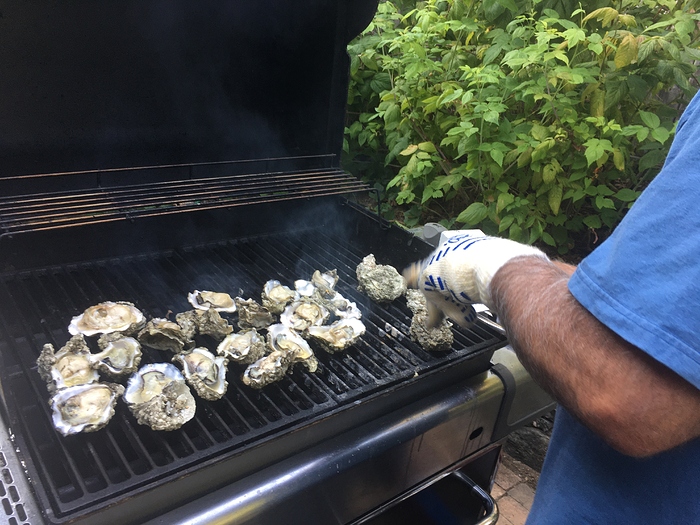 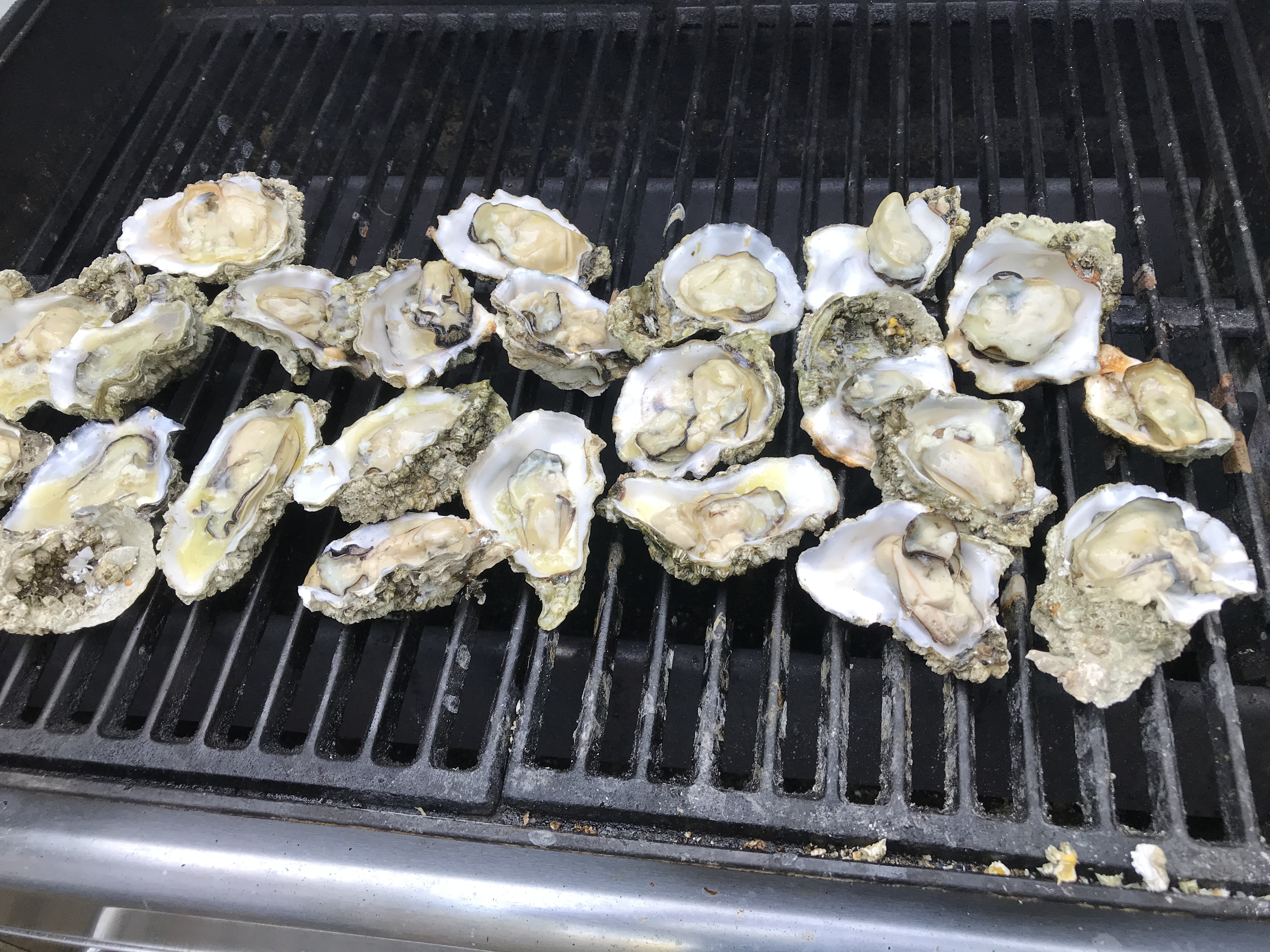 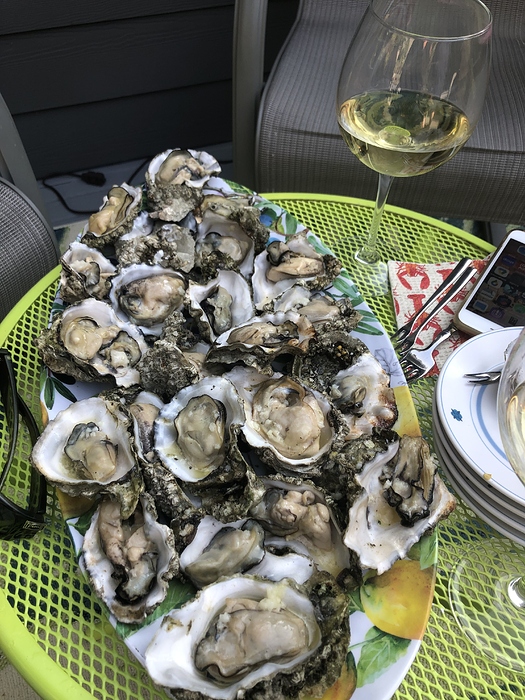 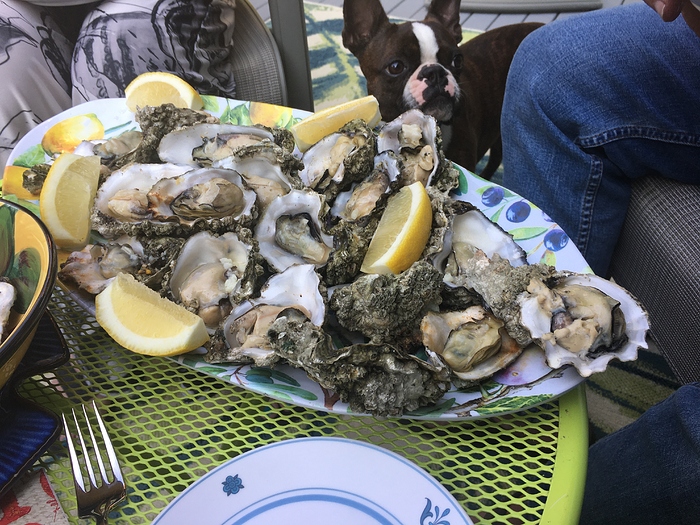 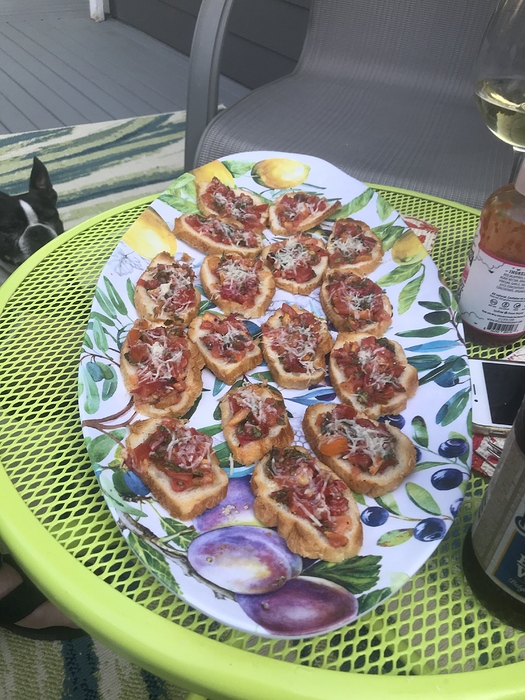 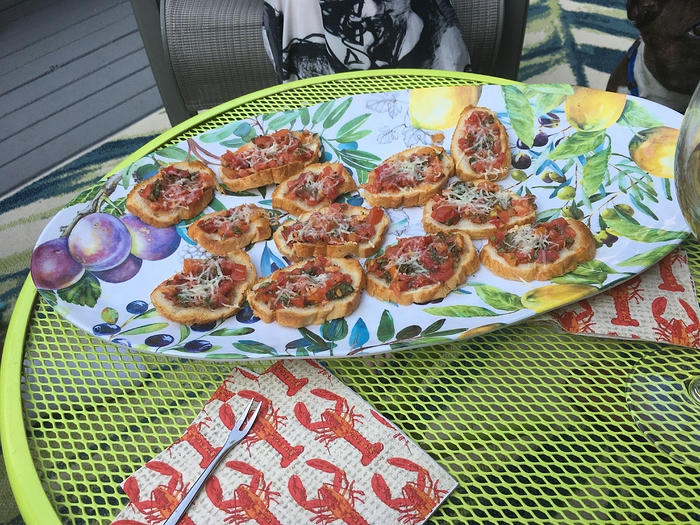 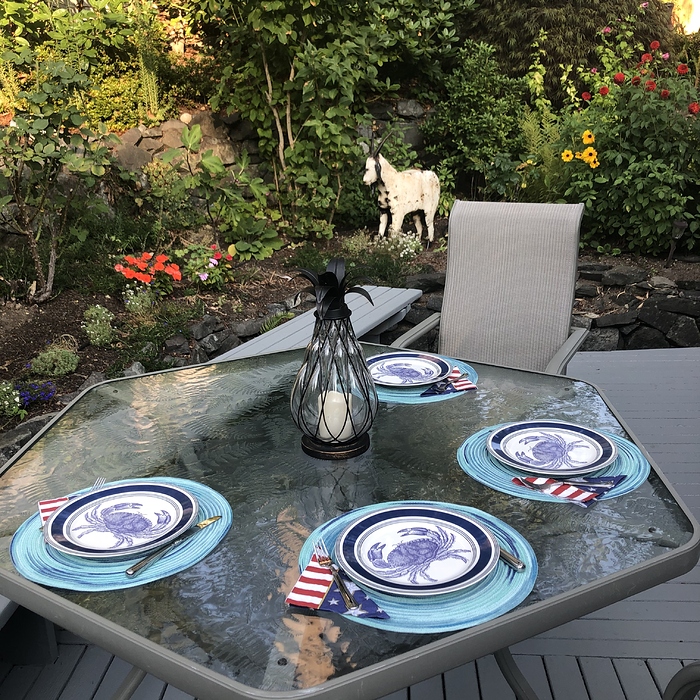 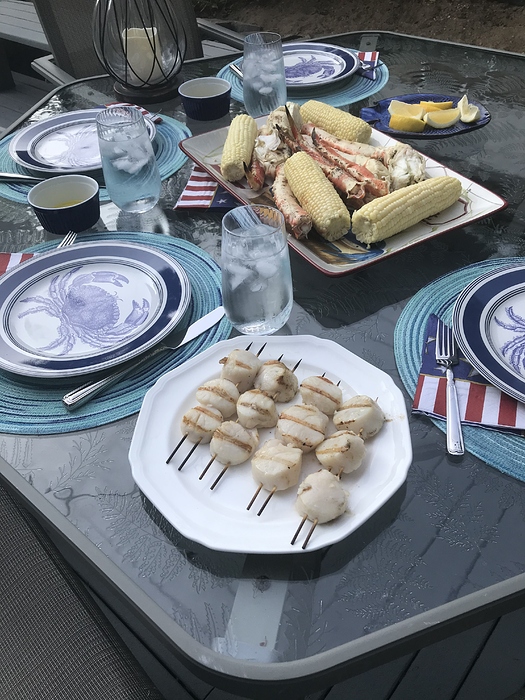 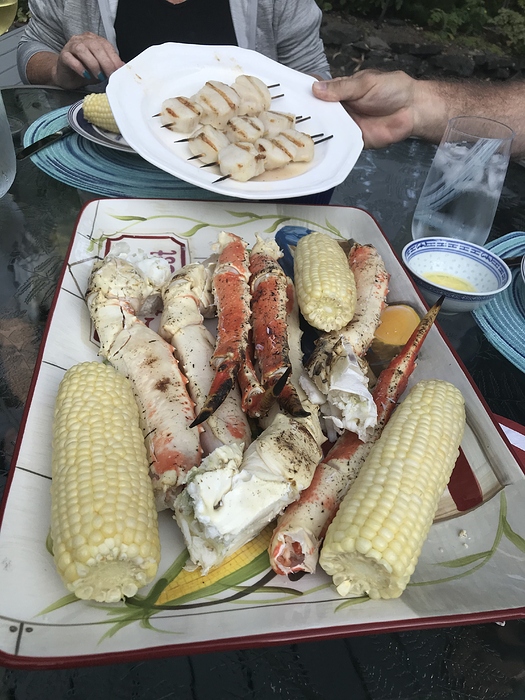 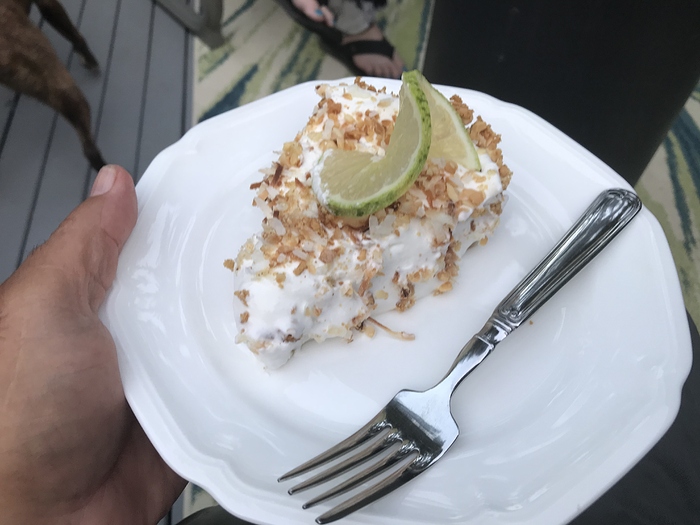 That looks incredible. I’ll change my last name to Kennedy if you invite me next time!

Thanks @NotDoobieWah - you are invited next time!

I’m late to the party. Your dinner looked fabulous but my Boston born and raised wife who spent childhood summers on the Cape would be clucking with disapproval. Nothing was fried or drowned in mayo. Grilled oystahs? What is this? The Carolinas? Key lime pie? Where are the Hoodsies? Glad you enjoyed your meal though. Nice consolation.

Thanks @BKeats; too funny about the frying, tartar sauce and KLP!

I’ve never been near that part of the country, so all I can imagine is a fair-sized fish dressed up like Count Dracula.