How about a spot for a real gyro in New Jersey?

I don’t know if real is the word I mean to use. Every place I’ve been serves that gyro meat off the rotating thing. It’s usually the meat made by a company like Kontos or something.

But I was taking a road trip and I stopped at The Gyro Spot in Manchester, NH. They do not use any pre-made meat. They use their own spice mix and layer on thin pieces of meat themselves. You can get them on pita, over lettuce, or over fries.

Amazing!!! Totally changed the way I want a gyro. I mean, I still love gyros anyway and I still get them on occasion. I even make my own gyro loaves of meat at home sometimes.

The Gyro Spot has totally made me crave them, if only they weren’t so far away.

I’m not a gyro connoisseur but where are you located in nj? That will help us out

If I recall, I think you might be in central nj.

I like Greek eats in Shrewsbury, or maybe it might be red bank. It is on the border.

A whole lot of us are loving The Greek Spot in Ocean… their gyro is the spinning meat column, but it has definitely become my go-to.

A new Greek place opened up across Rt 35 from Panera called The Greek Spot. This place is great - it’s a cafeteria like counter service place that has a lot of cool Greek grocery items and tasty food for a reasonable price. Plus they have Gyro on a spit for only 6 bucks which I really enjoyed. I’ll definitely be returning to try their other options. p.s. @NotJrvedivici I’m keeping this one a HO exclusive, just for you. I don’t want to be a traitor.

At least your places serve it off the spit. Far too many places serve some sort of pre-sliced frozen stuff they stick on a grill.

We like Evan’s in Matawan. YMMV. (The one drawback is the terrible parking situation. If you go during lunch hour, you probably won’t find a space.)

I just had a decent gyro in a gas station of all places!

Edison Fuel Stop on Rt 1 South. (Next to the Lexus Dealership)

It was my assumption that they sub lease space to the “Double Pita Mediterranean Grill”.

Pretty basic, just gyros and fries but for the $8 combo they do give you a nice amount of meat and vegetables.

Define ‘real gyro’. In Greece Gyros come with or without ‘chips’ in them but never with lettuce. The only lettuce I ever heard of in Greece was a guy who grew it in a hydroponic farm because he had the contract to supply all the McDonalds.

No lettuce in a salad in Greece either.

I might add to this that they will make you an all lamb gyro if you request it. I’ve had it but prefer the sliced meat better.

Is the sliced meat of a gyro in the US not all lamb? A few additives/spices/fillers maybe, but it’s all lamb meat in the UK, and we call it a doner kebeb. Certainly no other meats, unless you go specifically for a chicken kebab. The chunks of un-ground lamb in a pitta with salad is what we call a shish kebab. Like you, I prefer the gyros/doner experience. Around $6 to $9 in London.

Actually, some of the outlets are mildly questionable, so maybe a bit of donkey gets in there.

How to make a doner kebab - in pictures

Wow…that link is awesome and I think I see a future weekend project in my future!! To the best of my knowledge most of the doner kebab gyro’s around here (North East US) are beef or beef and lamb based. When I requested a strictly lamb gyro is when I received a shish kebeb / gyro.

Years ago my wife and I flew into Rome, then drove to Tuscany, and dropped the car at the airport and spent three days in Venice. I was hungry and stopped into the first doner kebab place I saw, maybe five blocks from St Mark’s square. It was so good I made my wife have one the next day and then I snuck out for one last one the day after that. I like the Greek Spot just fine around here, but that was something else entirely.

Sadly that was also not what the OP asked about. Closest thing I’ve come to that around here is the al pastor from International Mexican Grocery in Red Bank. They layer the meat and pineapple on the spit by hand. but sorry, that’s different too. I guess you have to get a souvlaki.

I don’t have any experience locally but I’d search out some of the Arabic places in Paterson or Jersey City. If they are anything like the NY places they do it the old way, with layered meat as opposed to the tube of compressed meat.

@seal your post inspired me to go grab some al pastor tonight at the Mexican Intl grocery. I enjoyed myself

Also found out they have a yelp now: https://www.yelp.com/biz/double-pita-edison 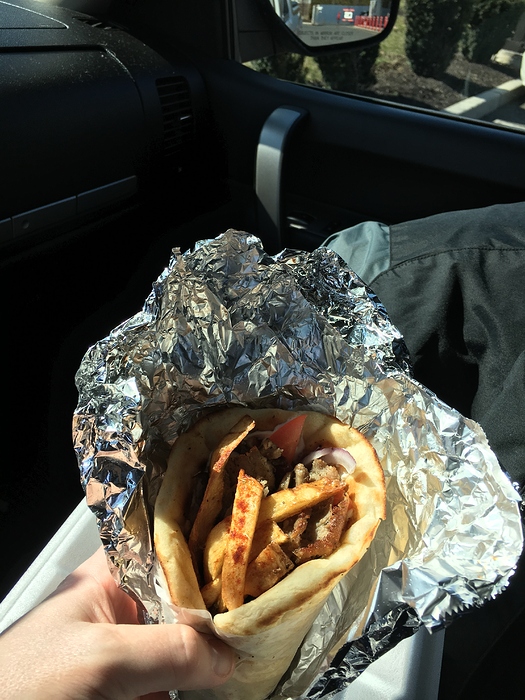 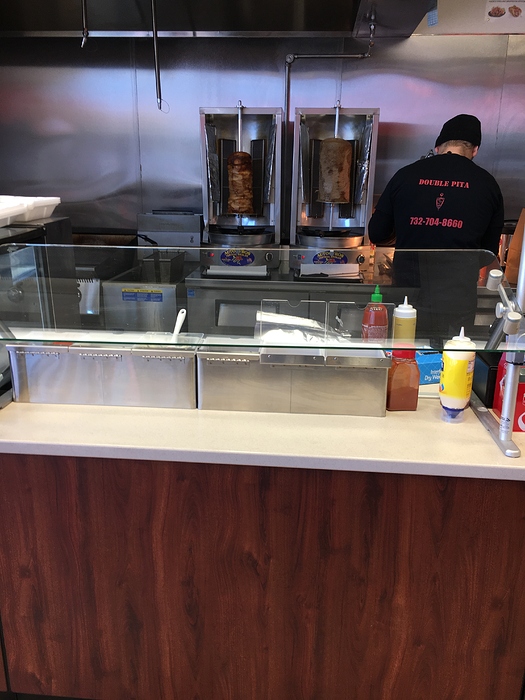 The meat cones are premade and can be all lamb or a lamb beef combo. At least it used to be so. I’m off to googleland.

I see your gas station gyro and raise you my “G-Spot” gyro @ $5.95!! (Although I don’t have a picture to share with you at this time) Honestly you will be hard to find a better value, especially for the quality, than The Greek Spot on Rt 35 in Ocean Township. (Affectionately known as The G Spot)

In looking at the Kronos site, it now appears the choices are beef, lamb/beef, and chicken. Interesting.
No pure lamb. Only one I found was in Vancouver B.C.

Oh I know. But the G Spot isn’t on my way to work!

Just noticed your profile pic, you mocking me??? (Joke)

On a side note the Gyro is on my list of foods that can never be bad. Almost everyone seems to use the premade strips these days, and they always taste good to me, no matter where I get it. The rest of it is just a pita, veggies and sauce which everyone does just fine. I don’t think I’ve ever had a bad gyro in my life, honestly.