Once I was able to look at the slide show, I counted 22 that I’ve been to, but I don’t think there were 40 on the list.

Not surprising that Gaidos is the oldest running restaurant in the “greater Houston area”. Tourist town in and out of season. Food is decent. That giant crab up top advertising. And plenty of parking out front. Parking is definitely at a premium in Galveston.

I could eat the whole thing if properly boiled or fried Cajun style a la Bennos.

One of these days - Instead of getting through Houston on I-45 S as quickly and nerve wracking as possible - I hope to side track to that El Tiempo you Houston people always talk about. Crab quesadillas and all that. You guys have no idea how good that stuff sounds to rest of us.

That crab is amazing.

You’ve talked about crab enchiladas too. In fact every thing crab related there sounds fantastic.

In fact every thing crab related there sounds fantastic.

Don’t forget the crab nachos and get the tasty refried beans on the side.

I can’t believe someone flagged Miss belle, it had to have been a mistake. We can’t afford to run off any posters.

My fault for any misunderstanding here. I requested removal myself because I thought I was taking the thread off track. Hoped it would disappear quickly before anyone noticed but that’s not quite the way it works. Since it’s still sitting out there “hidden” like a beacon in the night it doesn’t matter now. My first and last time with the flag. Lesson learned.

Once again, my apologies if some of you thought otherwise.

I made a special trip to Doyle’s for lunch once, and ended up thinking it must be a local thing due to fond memories. But the place was packed, and there was a line at the walk-up take-out window in the parking lot.

I haven’t heard of Happy All Cafe. 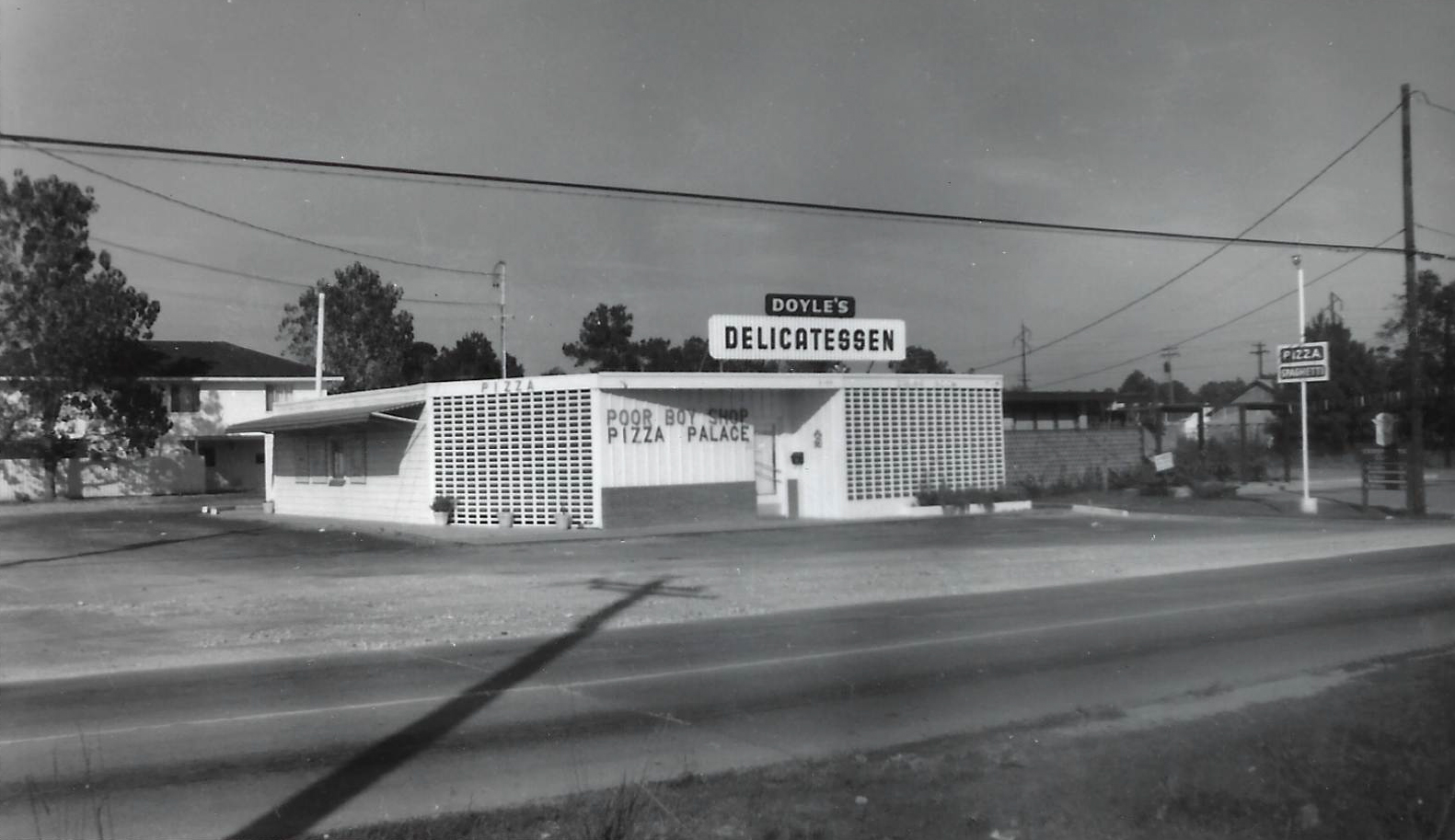 Two longtime north Houston restaurants are expected to close in 2019.

Yep, we went once and weren’t blown away and never went back and we’re not too far away.

One thing they should get a bump in business with the free pub in the Chronicle.

Well aware, just thought a little more cash might make the alleged new location a little easier to open which I’ll believe it when I see it.

Cavatore is by no means in the running for oldest, but at 33 years, I was surprised I hadn’t heard of it when someone asked me to meet them here. Old school Italian served in a 100 year old barn moved in from Bastrop, I guess it’s the Italian Barn or the Country Italian place. But coming at it from the south on Ella, all I saw was a feed sign and nearly passed it up when I caught sight of their sign on a stick at the street. It’s adjacent to the also-old Tony’s Mexican and across the street from the also-old Rainbow Lodge, so you know where all that is.

Sure, it is cute. Not many people there for Monday lunch but that’s true of most places for some reason. Prices are pricey IMO. The Stracciatelli soupe (egg drop and spinach) was highly recommended and it was tasty but those egg whites went ahead and cooked themselves up fast in the broth so that was a tad offputting. I mean, where’s the yolk??

My friend had the Insalada Mediterranean with shrimp added and ate it all without complaint.

The eggplant parm was ok, not memorable. The service was enthusiastic, but then again, we were the only two in the largest dining area (there are several) .

BTW, I was at Tony’s Mexican for lunch on Saturday and it was packed (and I didn’t notice Cavatore that day either!). My friend that day says they have valet on weekends.

But with that small lot in a strip center, probably necessary. The food is only adequate Tex-Mex in my view, but I gotta say, that frozen margarita was world class.

Ciao, y’all. Is anyone out there eating? 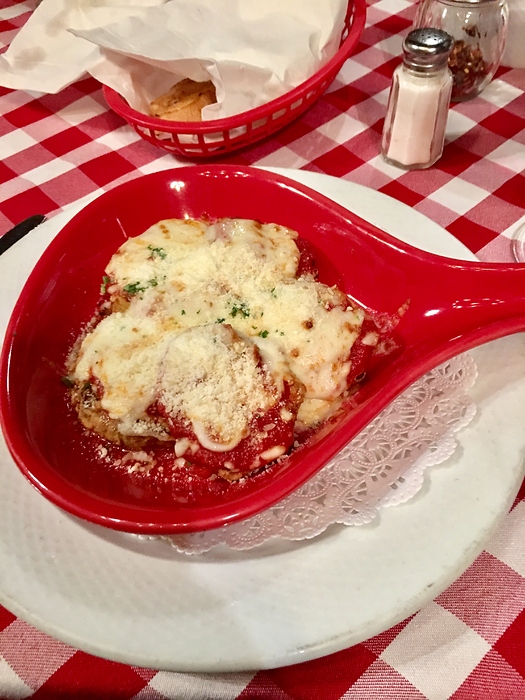 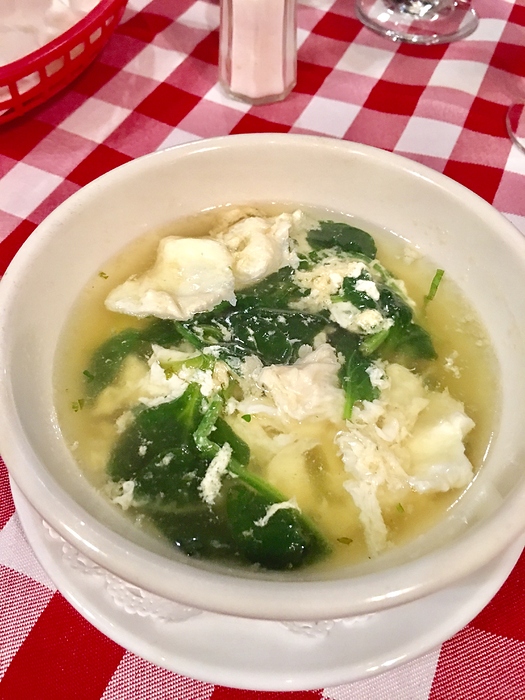 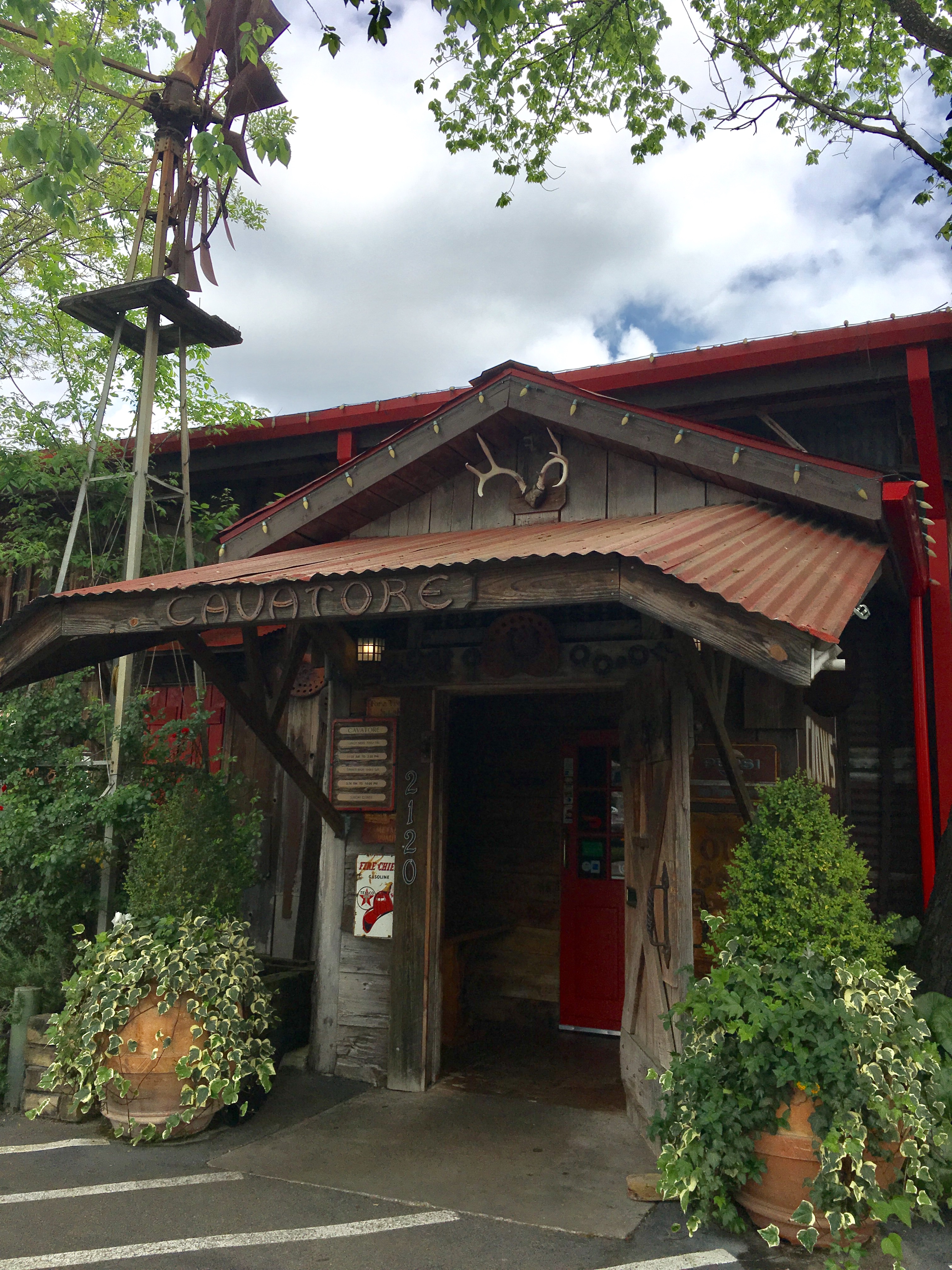 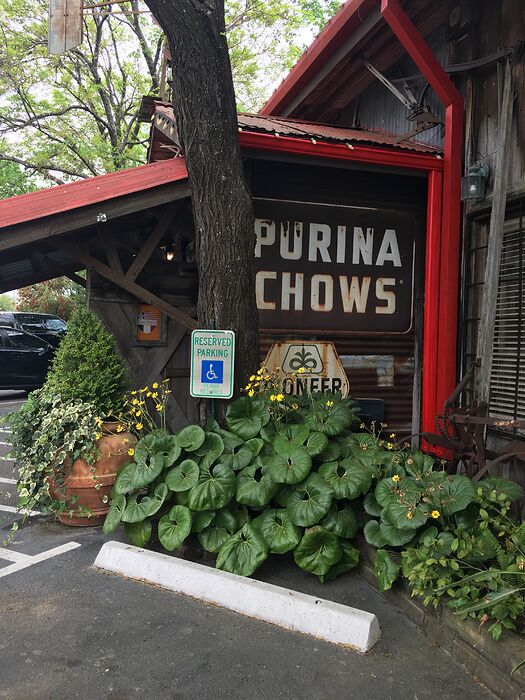 I’ve been to Cavatore a couple of times but it’s been a decade or more. I’m pretty sure the last time I was there, the old Rainbow Lodge was La Tour D’Argent.

I’m sure I had spaghetti and meatballs and since I would remember if it were great or terrible, I guess it was somewhere in between.

I have Galvani’s book and it’s fascinating reading. There are 46 restaurants on his list of oldest/still operating establishments of which I can count 29 I’ve been to. And maybe a couple of others – memory fails me.

He used to post occasionally on the CH Houston board and has written for some of the local foodie media at times, too.

A very brief chapter summarizes early ‘ethnic’ restaurants. We had our first Japanese restaurant in the 1890s opened by a man named Okasaki who immigrated from Okayama Prefecture in 1888. There apparently was more American food on the menu than Japanese and he went by Tom Brown Okasaki. It was right across from the old Court House downtown. His last restaurant venture was just called the Eagle Cafe and apparently had no Japanese food on the menu.

Meanwhile few of the Chinese who came to work on the railroads stayed but by the first decade of the 1900s there were 5 Chinese restaurants listed, usually known as Chop Suey shops.

Good book to peruse if you’re interested in history.

Oh, yes. I had always heard that Tokyo Gardens, on Westheimer just inside the Loop in the 60s, was our first Japanese restaurant.

I have never had chop suey and I’m not sure it still exists anywhere. I know it’s an American dish made to seem authentic Chinese cuisine. But if that’s the case, why didn’t Americans like things like my favorite chow mein. I imagine they are similar, but like I said, I’ve not actually seen it.

you can still get chop suey sandwiches at Salem Lowe in Salem, Mass. or at Salem Willows in the summer