I went to Pappas Steakhouse on Westheimer for a dinner with clients.

I was delighted to learn that this restaurant has no HRW menu, but instead is donating $5 to Houston Food Bank for every main ordered! Super idea!

So for our group of 5, $20 was donated, because we had one vegetarian that ordered the wedge salad and a couple of side veggies.

All in all a good alternative!

As I noted last year, I haven’t had very good luck with HRW. I think you called it correctly on another thread when you suggested the available menus were pretty lackluster overall. Maybe an occasional good dish here and there, but very much hit or miss.

Here’s a link to the 2016 site with a list of participants.

I look forward to everyone’s experiences. 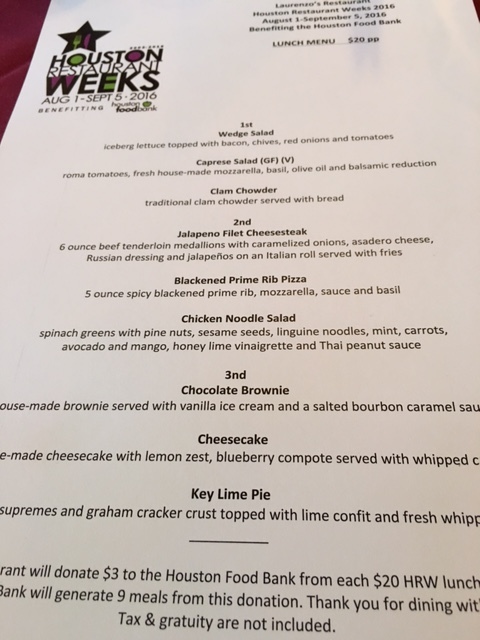 I ordered the Clam Chowder (usually best in town), prime rib pizza and cheesecake. The clam chowder was a little waterier than usual, but everyone else at the table also ordered it off the regular menu and it was the same, so must be an off day, it’s usually terrific. The pizza was great: 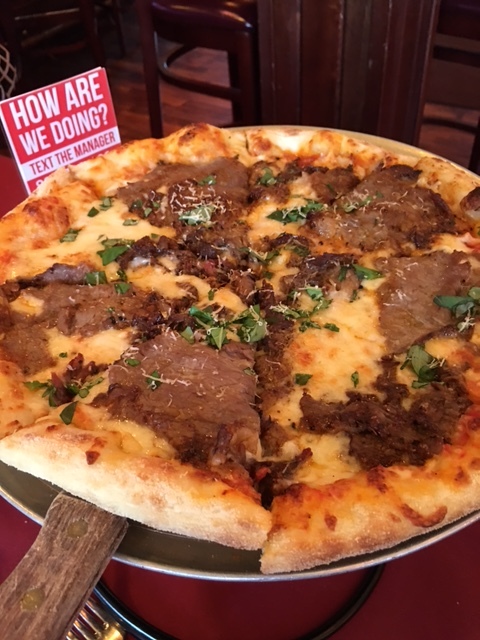 The cheesecake was lacking in cream cheese flavor IMO, but I don’t normally order dessert.

In recent years, whether for nostalic reasons or no, I have become fondly loyal to Mama NInfa’s family establishments and frequent them all really. One of the last remaining Ninfa’s is about 1/2 mile from my house though and in 14 years I’ve been there only once, and that was at the invitation of a family celebrating an event. Of course, it is one that was sold many years ago, I don’t think even Ninfa’s on Navigation is still owned by the Laurenzos.

Ziggy Gruber has created New York Delicatessen Month in response to being left out of Houston Restaurant Weeks. I started a thread about it here.

Could not edit the above so repeating and adding here. Reference Houstonia article:

Edit: okay I think I’ll keep this topic on this page rather than your general post. Referencing the article there though:

A quick Google search did not turn up a prescribed way for restaurants to participate in HRW, but it’s hard to believe any interested restauranteur would be rejected. It’s for the food bank after all. Further, it is not a list of fine dining establishments only, but includes many casual eateries. Not to ignore the fact that K&Z is not by any stretch inexpensive. A side salad of lettuce and tomato is $9. Those are truly New York deli prices, midtown to be exact. My patty melt was $17.

So I don’t know what’s really going on here. There’s certainly nothing wrong with establishing your own benefit for a cause dear to your heart. Perhaps relevantly though, the strain between HRW founder Cleverley Stone and certain other members of the Houston food scene has long been apparent. On the few occasions I’ve tuned into her radio show, the guest has always been Del Frisco’s which always make me wonder…why?

Anyway, my inaugural lunch at K&Z included kugel, a potato knish, patty melt and fries, borscht with sour cream but no potatoes and herring. Pickles appear upon seating. Lunch for 2 with iced tea was over $75. High priced real estate there in the Galleria area. Gruber was there stocking supplies. 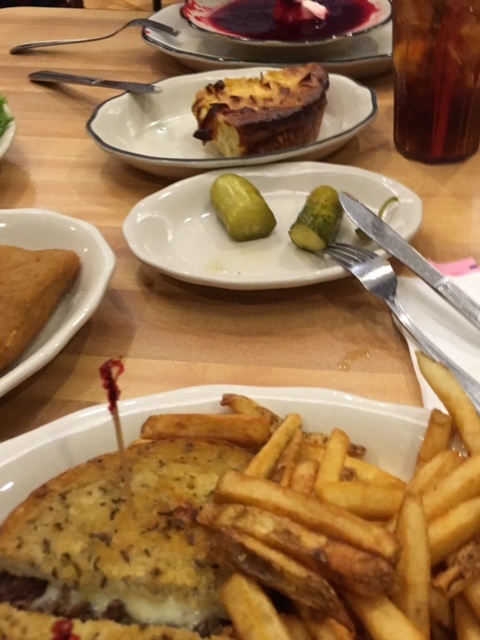 Hmmm. I wonder if anybody is offering cuy for HRW?

I wish it was on the Lunch menu; I’d be there for sure. But I’m thinking about this.

Globe-trotting Houston bartender and food explorer Chris Frankel was recently in Ecuador and posted these pics on his Twitter feed:

The Rodent Feasted upon.

I had a gift certificate to Capital Grille, so hit them for dinner this week. The $45 dinner menu has some great items on it: 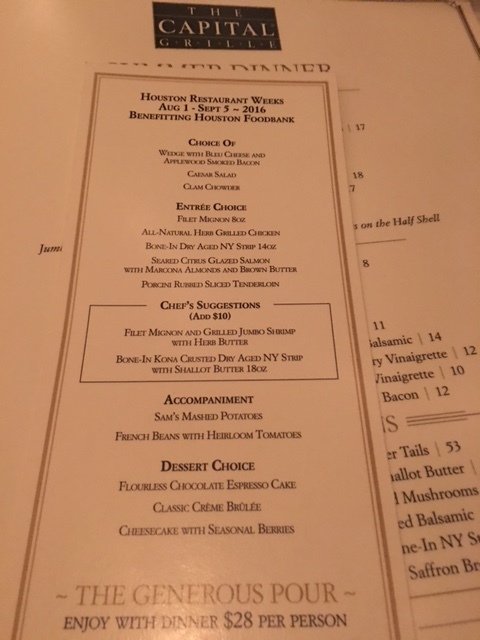 The chowder was good, no complaints though I’m still partial to Laurenzo’s chowder. The aged steak was perfectly medium rare bone in deliciousness. It came with bottomless sides of haricot verts and mashers. The beans were a little too al dente for me, and thusly tough. The mashed potatoes were the best I’ve had anywhere, so creamy and served steaming hot. I would do this again! 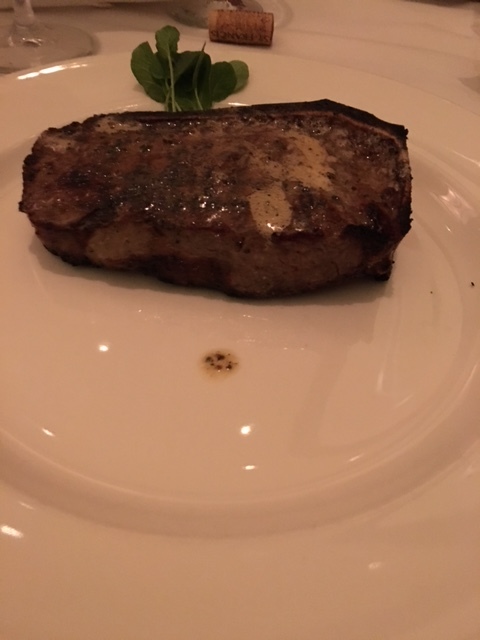 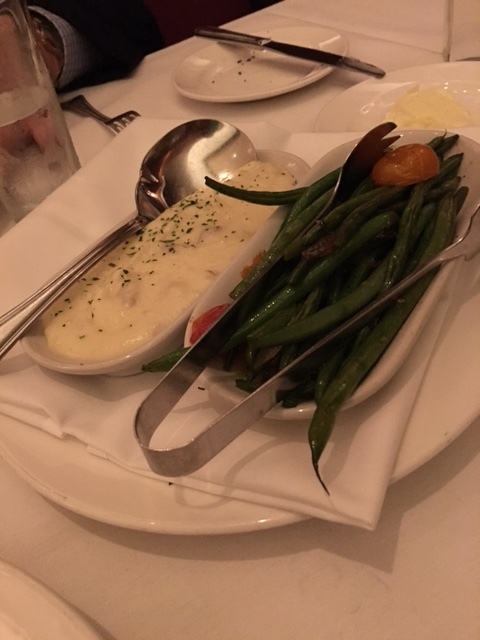 In reviewing this post from last year, i conclude we probably don’t need a HRW 2017 thread, but someone else can start one if I’m wrong about that. Here it is the 8th and I haven’t tried any of the menus. It goes through Sept 4 this year.

Actually, I had intended to participate this year and made a list of places to try - places I had wanted to try anyway and just hadn’t gotten around to. Then came Harvey.

But now HRW has been extended a full month and it’s causing some complaints. 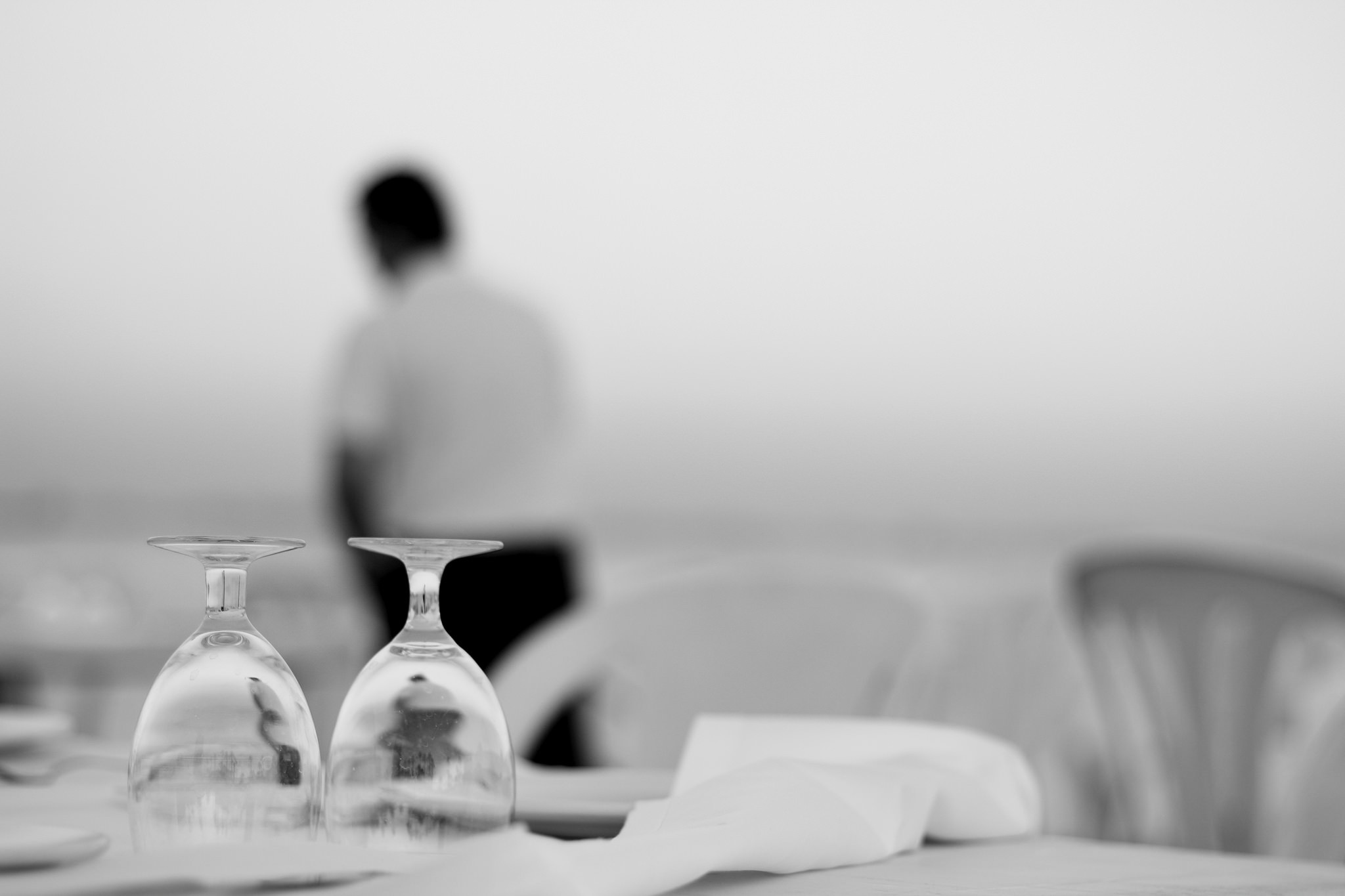 Houston Restaurant Weeks, the five-week-long fundraiser that raises money for the Houston Food Bank— a whopping $9.6 milllion since its debut in 2003—was interrupted by Harvey, one of the worst natural disasters to ever affect Houston and Texas and...

Something I hadn’t thought of, but I wouldn’t think the tipping changes that much. I guess it does for some.