This new pizza restaurant/bar Parma has Viet Cajun crawfish for three dollars a pound! With a 5 pound minimum. I have not yet had Viet Cajun crawfish, but anxiously await the moment. I had in mind Crawfish and Noodles or Boiling 88, but this looks like a promising option. 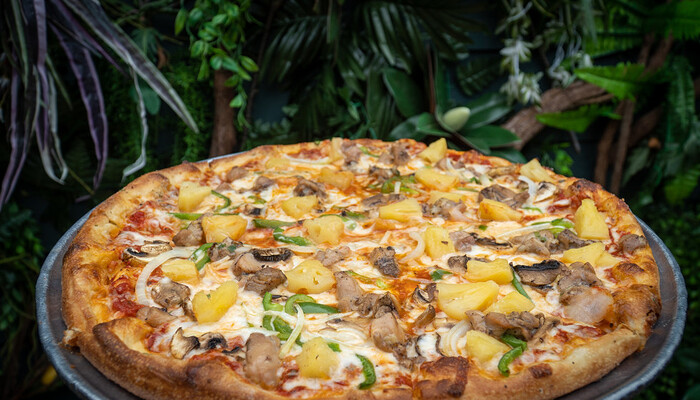 A new restaurant is throwing a pizza party on the Richmond Strip. Parma recently debuted in the former Barry’s Pizza space at the corner of Richmond Avenue and Fountain View ...

Back in the day the fellas and I would open with 5 pounds each. I can’t do that anymore but could split an order. I haven’t had Viet Cajun but it is intriguing.

We went to some place called Bayou City a couple of weeks ago. Crawfish were 7.99/lb. medium size which is how I like them. Delicious along with fried catfish pieces and blackened oysters.

A friend went to Fiesta and reported 3.99.

Ah Bayou City, good times. So is over eight dollars a pound supposed to be a deal? 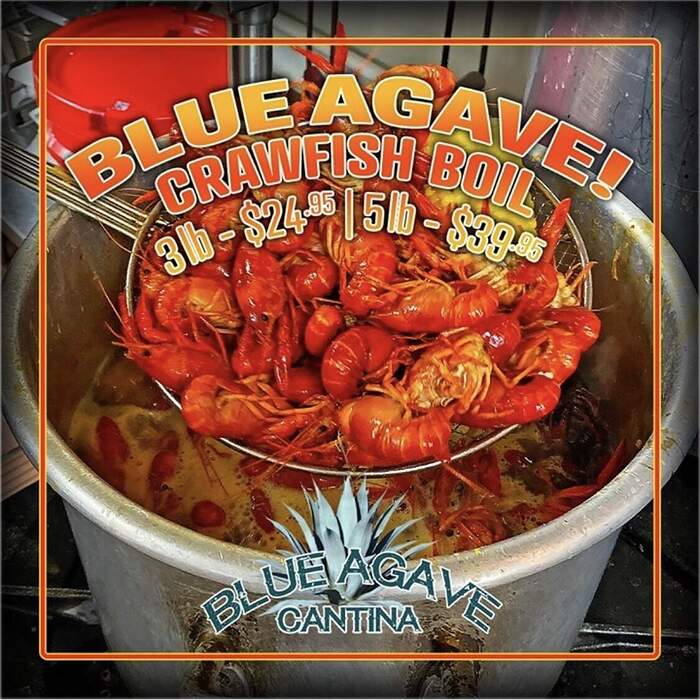 Ah Bayou City, good times. So is over eight dollars a pound supposed to be a deal?

In these troubling times of high crawfish and oyster prices it’s to be expected. I won’t eat as much as often.

Went to Parma last Wednesday for their $3/lb crawfish deal.

The Good: The crawfish. Nicely spiced maybe a little over cooked as they were easy to peel but hard to pull cleanly. Size ranged from big to tiny with the majority in between. The service was excellent - attentive and efficient.

The Bad: Literally everything else. The Chicago hip hop vibe was very incongruous with the mud bugs. Satchmo? Certainly! Notorious BIG? Not so much.

Per Yelp, parking ranges from $5 to $20 in the evenings for self parking.

When the bill comes, be sure to notice they’ve already added a 20% gratuity as well as as a 5% credit card fee.

5 lbs crawfish, 3 potatoes, 3 butters, 1 seasoning salt, 2 Buds were just shy of $40. Not bad but not the deal I was shocked I thought I was getting. 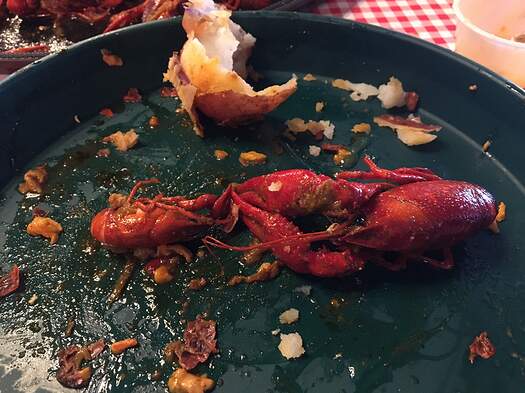 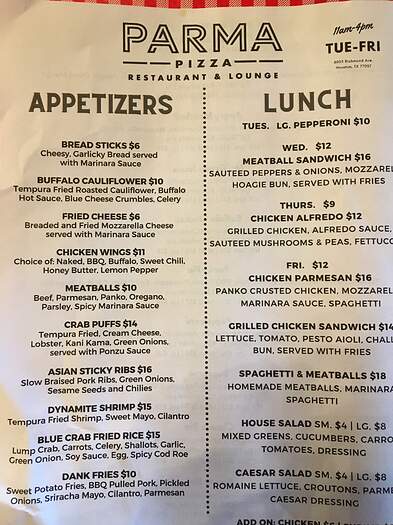 Went to Parma last Wednesday for their $3/lb crawfish deal.

I like my crawfish with a side of plain bread so I can put a few tails in and the fat from the head plus the juices. I’m guessing there would be a charge.

You’ve scared me away from the crawfish.

Not bad but not the deal I was shocked I thought I was getting.

Wow that’s awful @NotDoobieWah, so sorry I advertised it. Seems like it’s more of a night club with day drinking and overcharging as well.

Need to check in here more often. I still have not had crawfish this season, other than a crawfish étouffée at The Rouxpour chain at Memorial City, my first ever taste of etouffee because I always thought it was filled with giant cuts of vegetables, which I despise. Any suggestions for a great étouffée without giant cuts of celery and bell pepper?

I wouldn’t say “awful”. Like I did say, the crawfish and the service were great. The pricing issues are also OK if you know what you’re looking at going in.

And as we all know, THAT is my job.

Any suggestions for a great étouffée without giant cuts of celery and bell pepper?

I’ve never had giant celery or bell peppers in etouffee but it instantly reminded of a bizarre Frank Zappa song I listened to today where a huge monster poodle was nearing the power plant and the options were napalm or nuclear weapons.

Bayou City does a good version and napalm won’t be necessary.

I have been hankering Bayou City.

Frank Zappa song I listened to today where a huge monster poodle was nearing the power plant and the options were napalm or nuclear weapons.

All I can ever associate with Zappa is Yellow Snow. And of course his kids names, Moon Unit, Dweezil, Diva, and Ahmet bringing up the rear with an actual name. All of which pales in comparison to celebrity baby choices now.

All I can ever associate with Zappa is Yellow Snow.

There is Moving to Montana Soon where Zappa will be a dental floss tycoon. Raising it up, waxing it down. He’s gonna make a fortune growing dental floss.

There is nothing like late 60’s early 70’s music and the lyrics. Throw in MAD and National Lampoon Magazines and I am still a somewhat disturbed individual.