Originally our dinner plan was to eat Sichuan at Si Jie, the private kitchen in Causeway Bay so we could do a comparison against San Xi Lou. But alas, we had an appointment in Sheung Wan in late afternoon so we decided a shorter trek to San Xi Lou made much more sense than to struggle through rush hour traffic to Causeway Bay.

We didn’t get a table at the 7th floor originally location. But we got a table at their 22nd floor expanded location, called the ‘Imperial Banquet’. We were assured that the kitchen skill level was the same by the reservation manager. After the meal, we agreed that there didn’t seem to be substantial differences between the two floors.

The best dish amongst the ones we ordered, was (still) the ‘water boiled fish’. San Xi Lou’s version was quite well known famous for that and it delivered again for us. The difference was the use of better quality fish. In our case, it was the standard ‘Mandarin fish’ 桂花魚 instead of the more expensive varieties. We asked which one tasted best and the server said 桂花魚. Pricier options included spotted grouper 東星斑 (or is it coral trout in English?) and some other carp. But the grouper seemed to be excessive.

The cooking was good, but the use of fresh, quality fish really elevated the dish. Its hard to go back to cheaper frozen fish used in most ‘water boiled fish’ dishes after tasting San Xi Lou’s.

The other outstanding dish was actually a dessert, and its not Sichuan either but more Shanghainese. But its the Sweet osmanthus fermented glutinous rice dumpling 酒釀桂花湯圓 . Excellent.

Other dishes were all adequately executed. Didn’t quite get the watery ‘dan dan mian’ as I’ve never seen it outside Hong Kong. Saw the same watery rendition at Crystal Jade Noodle… 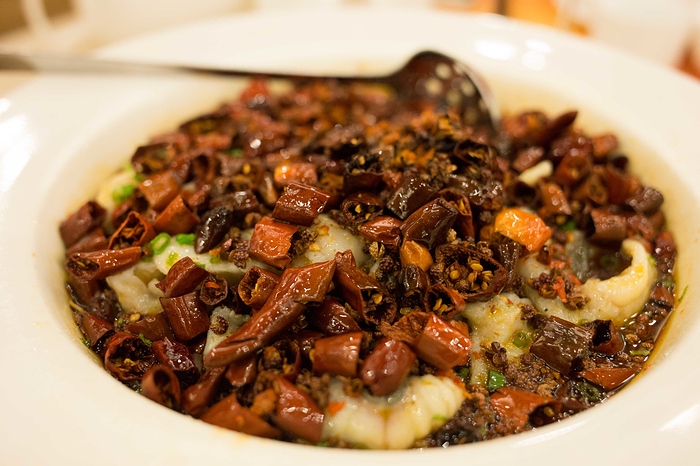 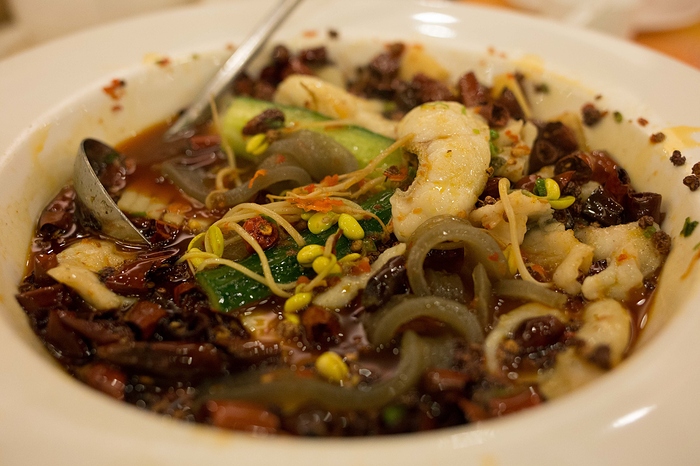 Their options for the dish 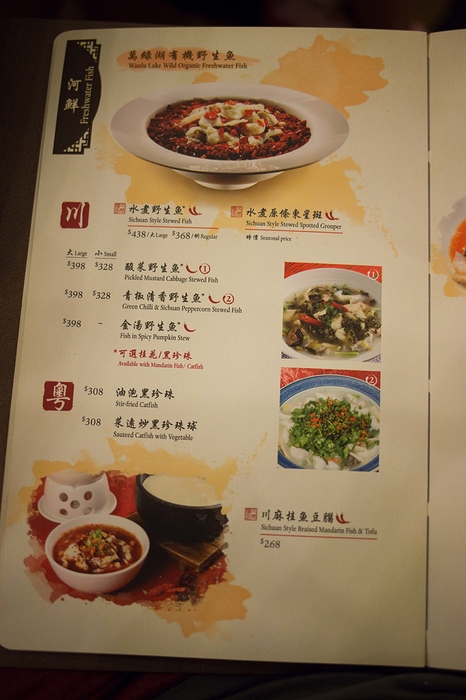 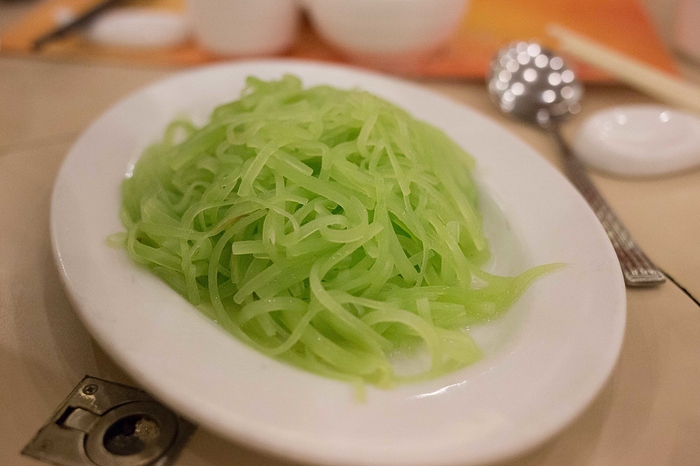 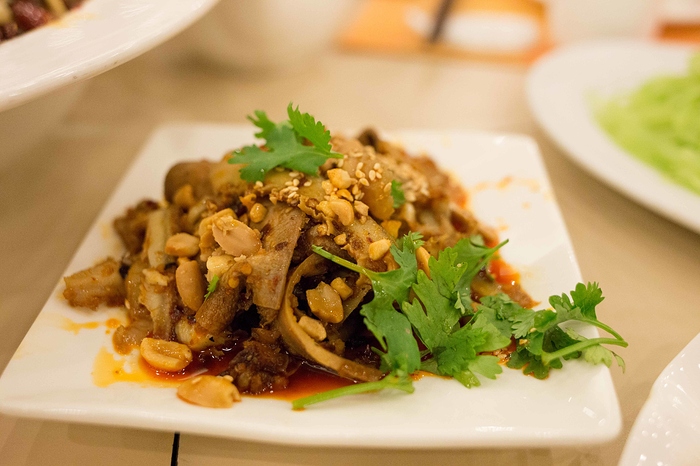 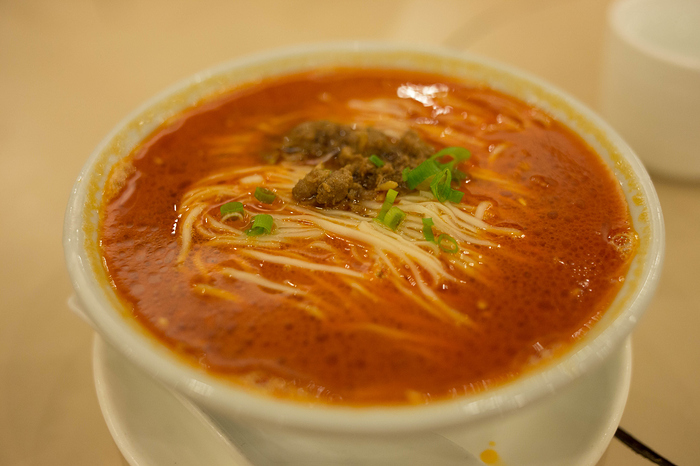 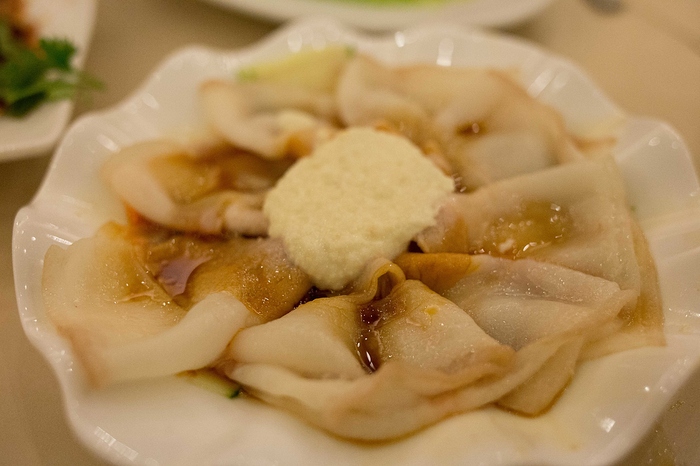 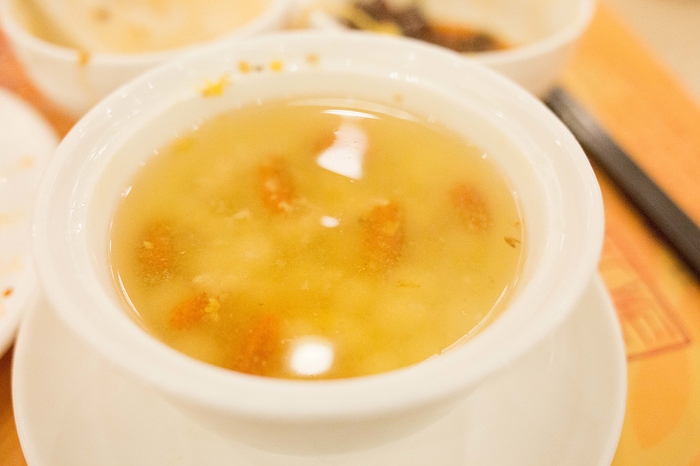 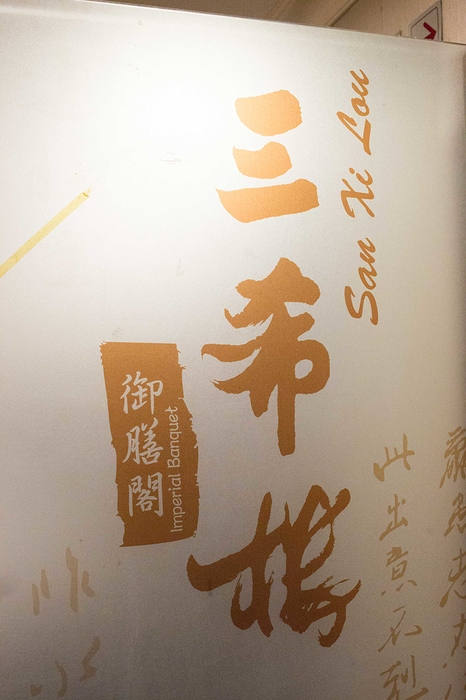 The various condiments for the hot pot, which we didn’t get: 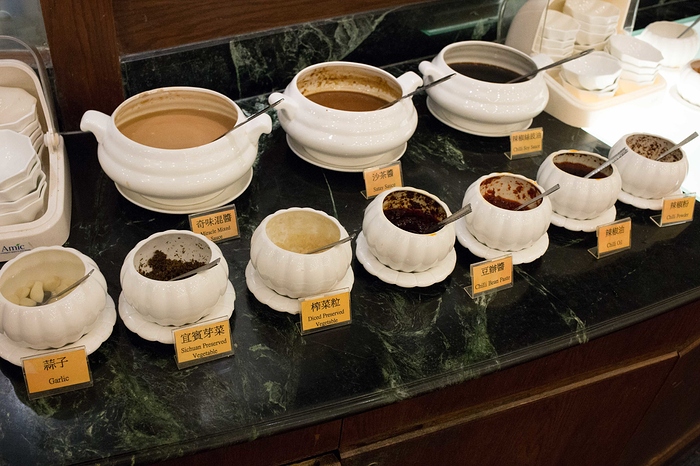 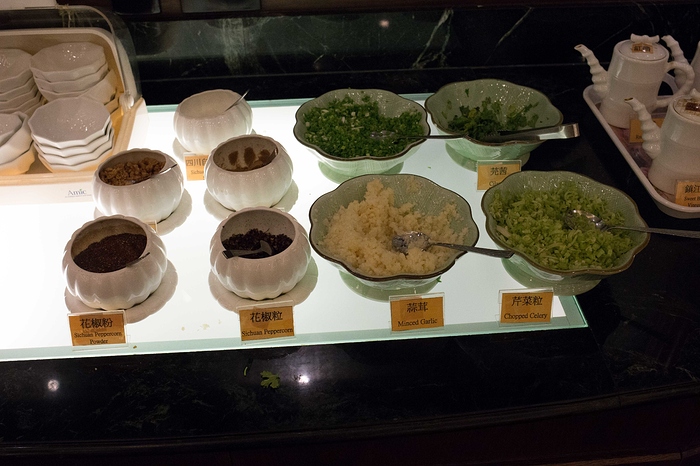 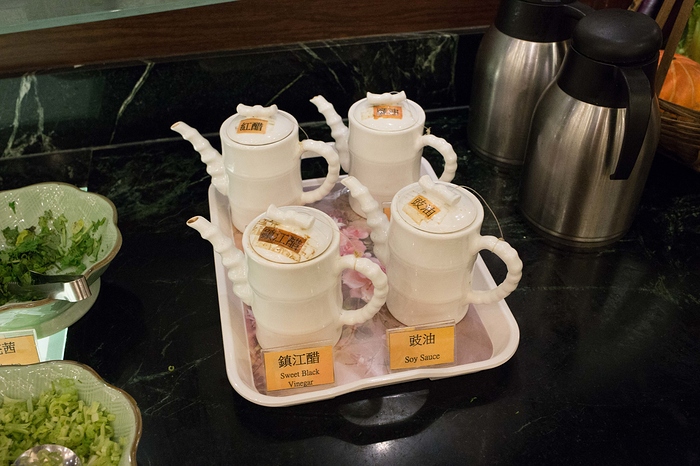 Thanks for the write-up. I ate there some 3 or 4 years ago, I was quite happy with my last meal. Good to know they still deliver quality dishes.

In Chinese cooking, many times, the cooks use the excessive sauces or spices can mask the frozen ingredients. You can never compared frozen fish and seafood with fresh ones.

How much per person was your meal, if you could still recall?

They may be able to somewhat mask the taste, but they can never mask the inferior texture.

After 10% off the bill sine we went with a member, I think its about $8xx for three adults. We over-ordered though.

What did you like at the time, if you still recall the details?

I think the name of the vegetable should be celtuce not asparagus. Does it taste like asparagus?

Its celtuce. The asparagus is given by them in their menu. I didn’t remember celtuce the name hence I just used theirs.