History of the egg tart

The Cantonese chefs also swapped the short crust pastry used in the British tarts for flaky pastry, which was commonly made for dim sum dishes like barbecue pork puffs, where the dough was made with pork lard instead of butter.

Thanks for sharing the article. Love egg tarts! I can eat several in a go!

Tai Cheung was mentioned in the feature, it makes only short crust egg tarts and not the flaky dim sum version, which I prefer.

Of HK’s many bakeries, the one which stood out in many people’s minds must be Tai Cheong (Est. 1954) on Lyndhurst Terrace, Central - it was the one mentioned by HK’s last British Governor, Chris Patten, as his favourite bakery in the colony. Chris Patten, affectionately nicknamed “Fei Pang” (Fatty Pang) was well-known among HKers for his gustatory exploits. He’d famously quipped that he “could not go a day without an egg tart from Tai Cheong”. [image] [image] In the last days of HK as a Briti…

That was great. Thank you!

I was so intrigued to read about what I thought was connection to Portugal and to eat them there. Basically I figured it was a colony situation.

“Some fans assume it has Portuguese origins because of its similar flaky crust to the pastel de nata, but it’s believed that the daan tat is actually a variation of the British custard tart.” 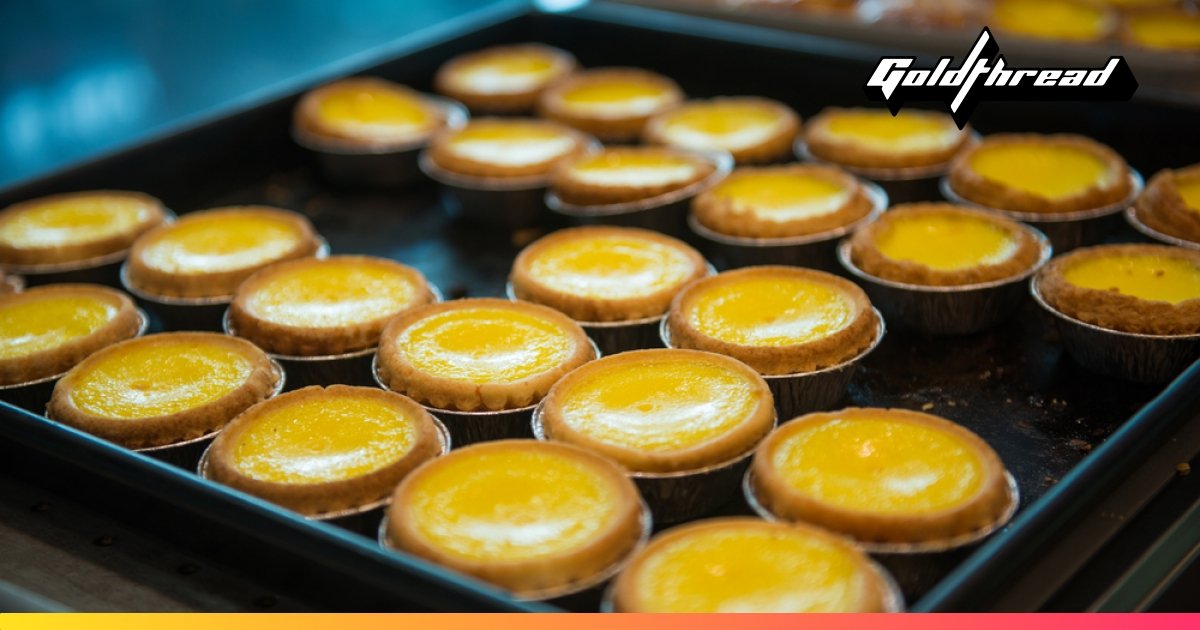 A visual history: the evolution of the egg tart

Why some egg tarts are wobbly, and why we're getting cheesy ones now. 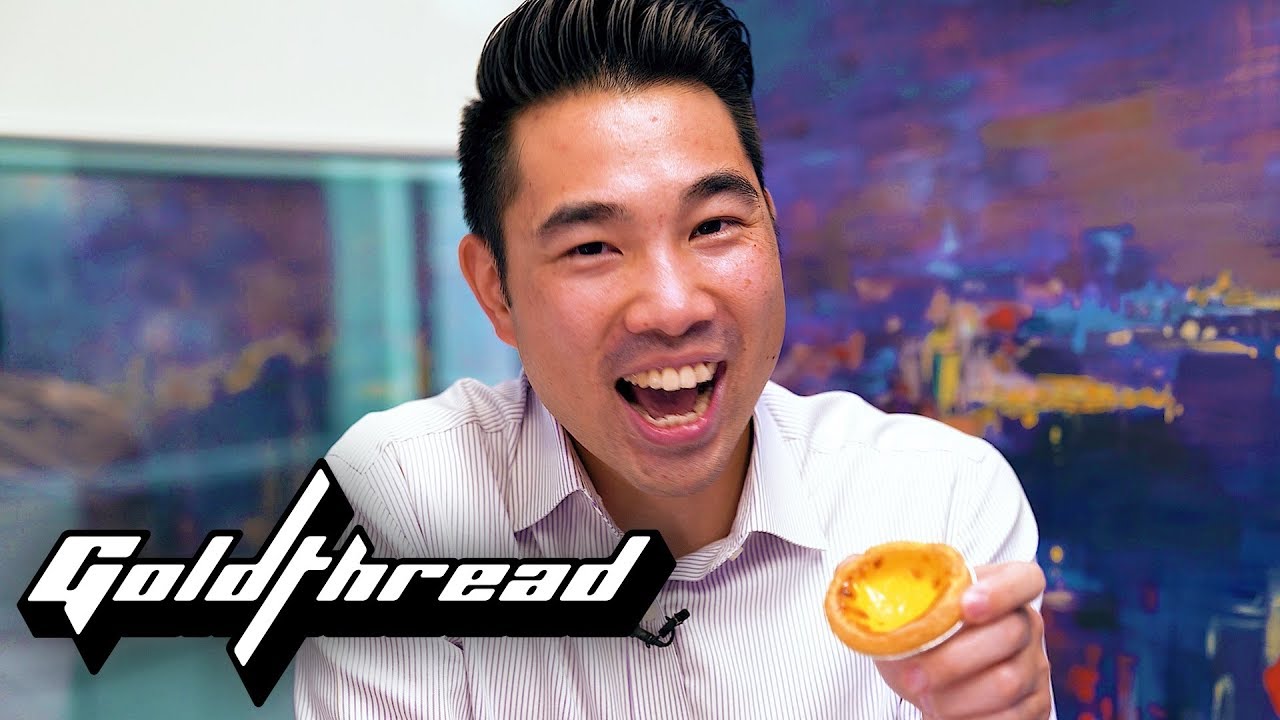 And the Portuguese ones aren’t always sweet. A local Portuguese bakery makes wonderful bacalao ones on the weekends.

Absolutely not. It’s a slap in the face if you like Portuguese version and thinking it’s similar in taste and texture. Macau ones are even more disappointing than the Hong Kong version. Both are made for people who have a sweet tooth and like extreme eggy taste. Also, the crust is too much. I mean too much pastry!

Just remembered ones I ate in Taiwan were the worst of the 3. Only taste of sugar.

Absolutely not. It’s a slap in the face if you like Portuguese version and thinking it’s similar in taste and texture.

Is it? Such a shock?! They are just different, it’s Macanese Chinese adaption on a Western pastry.

Compared to the Chinese dim sum style egg tart, Macau egg tarts we can see some Portuguese influence, but it is still closer to a Chinese style egg tart. Pastel de nata is sweeter, richer in taste due to the additional ingredients like vanilla and cinnamon, and sugar is added on the custard to have the caramel slightly burnt effect compared to the Chinese style ones that skip these ingredients.

You can read this post, many HO members shared their degustation of the egg tarts found in Asia.

I read that post after I posted ; who knew there were so many variations? Okay, maybe just not me. Thanks!

I can’t seem to have access to that link I posted a long time ago, but it compared all the egg tarts in Hong Kong and measured them. Quite amazing to behold haha. Hopefully it comes back with all the info. Not sure why the dns server isn’t working

And for a random variant I recall in SF: 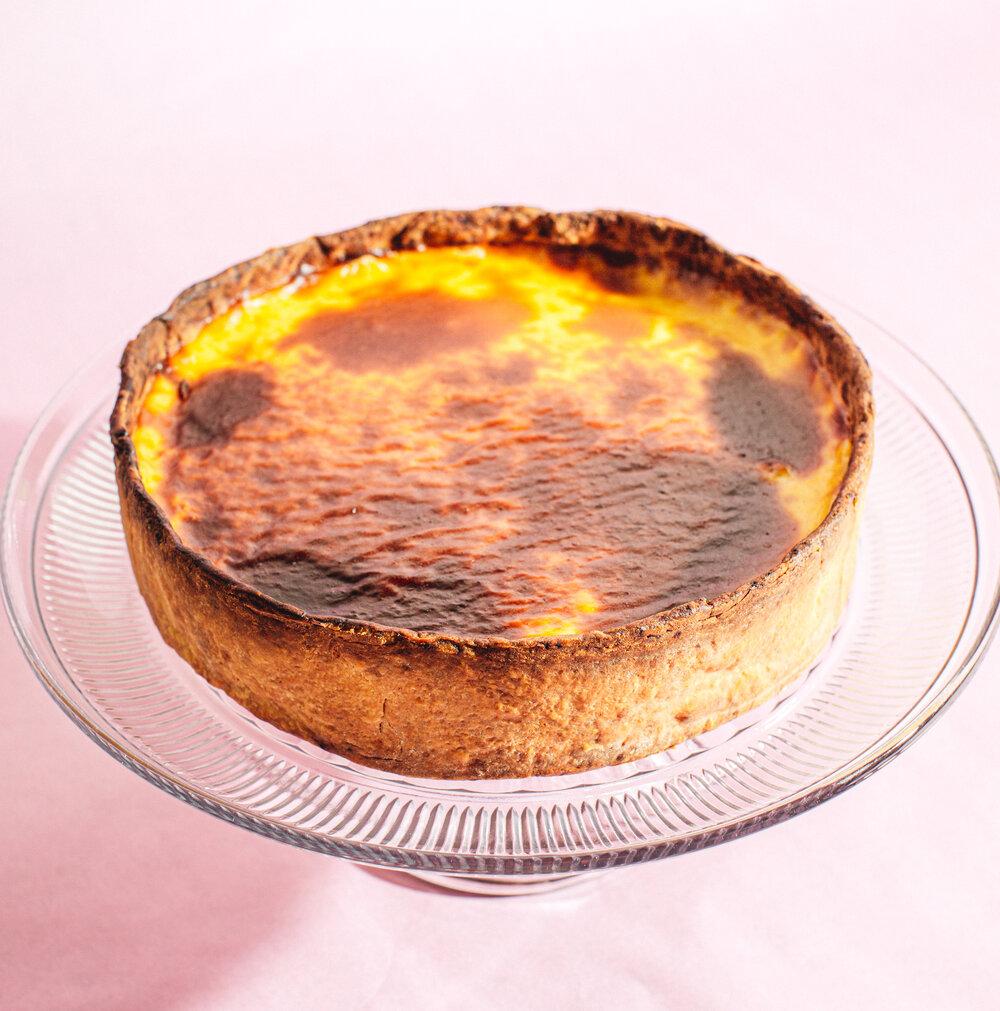 Unfortunately, I don’t think you can see the article again with the same url, it’s behind a paywall now, address changed probably.

Husband loves this and i’ve made a few times. Less eggy than the Chinese egg tart but high in vanilla, the custard texture is more elastic than a normal custard, a bit gelatin like. I’m not a big fan. Prefer the custard texture of crème brûlée or creme caramel.

I LOVE them, mostly because I really like cod. In fact, I just had one for lunch (along with a “frank in blanket” made with linguica) when I made my pickup of bacalao and biscoitos (like biscotti).

Does it use a similar egg custard?

I found this recipe 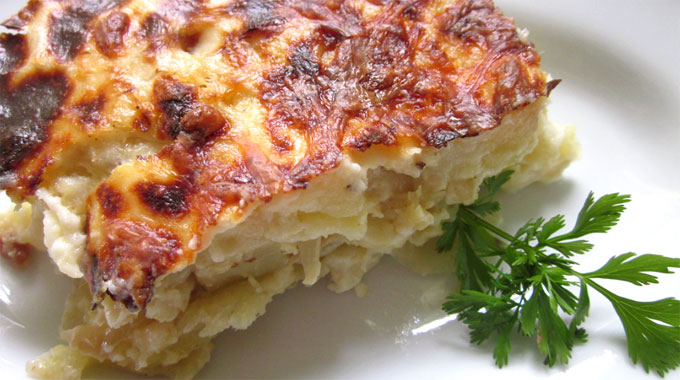 To start the week off, we will start with likely the most popular dish served in Portuguese cuisine, Bacalhau com Natas. 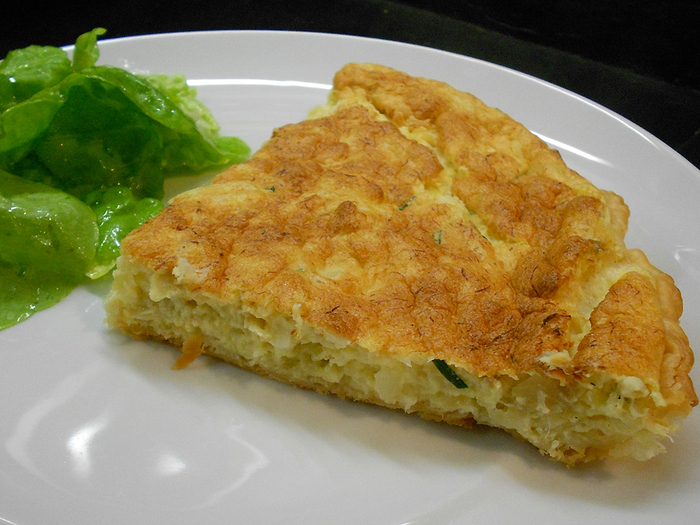 Here is a bit of what we saw in Libon. 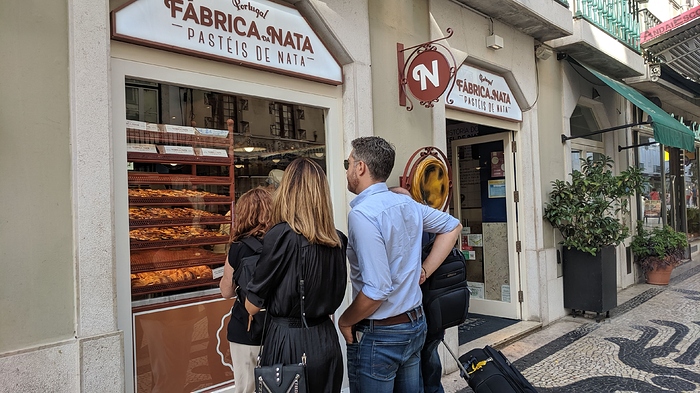 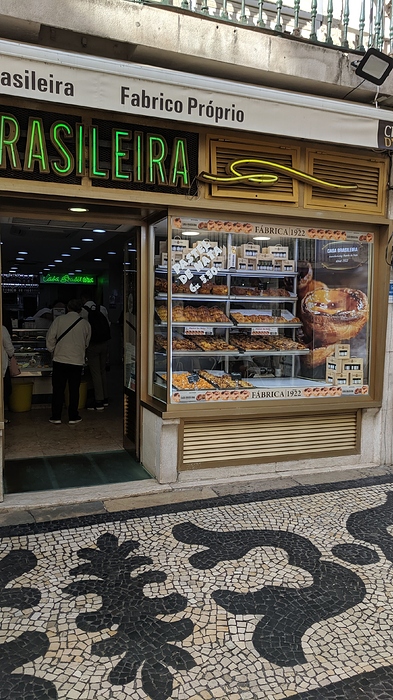 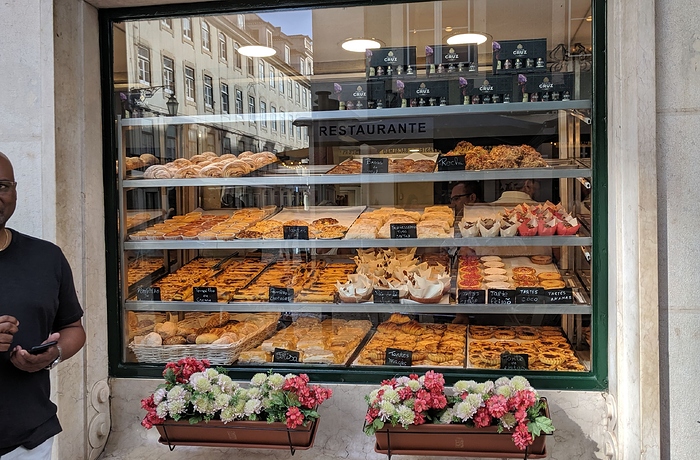 Maybe? The tarts are small, so I can’t tell if there’s cheese in there, but I wouldn’t be surprised if there’s a little cream in addition to the egg. 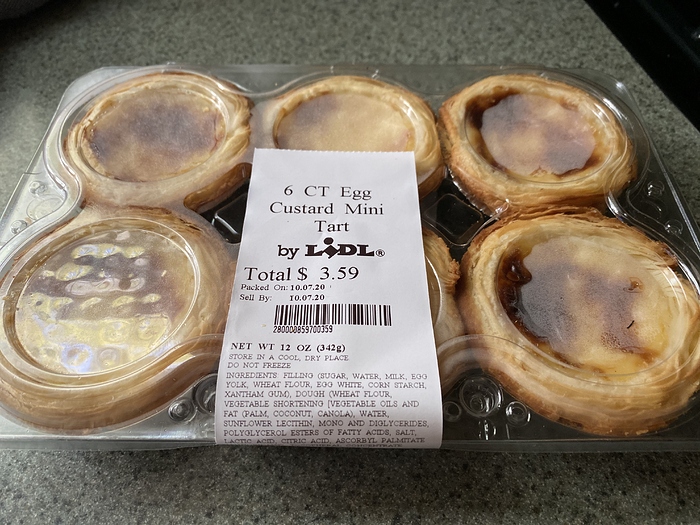 Thank you for this story, it was great. Dear shrinkrap, thanks a lot for the pictures, I miss Lisbon, Cascais, and Sintra.

I was there 3 years ago.

They were still warm! I want that!!

Yes they were. Lidl has been selling them pre packed in six since Covid19 guidelines. Usually you can buy them by the piece. 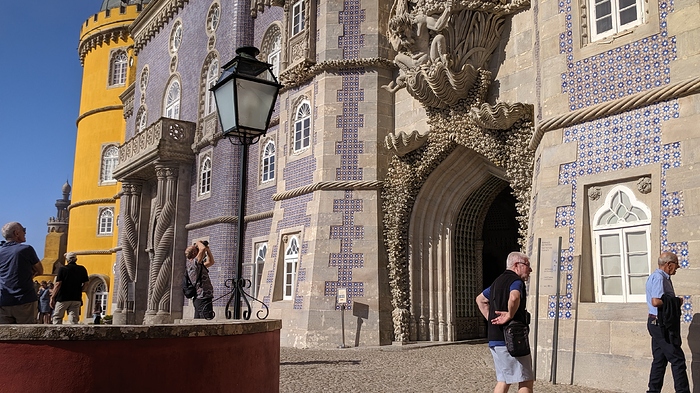 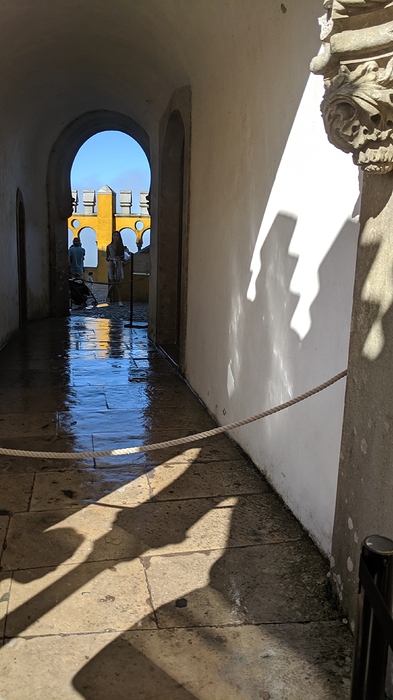 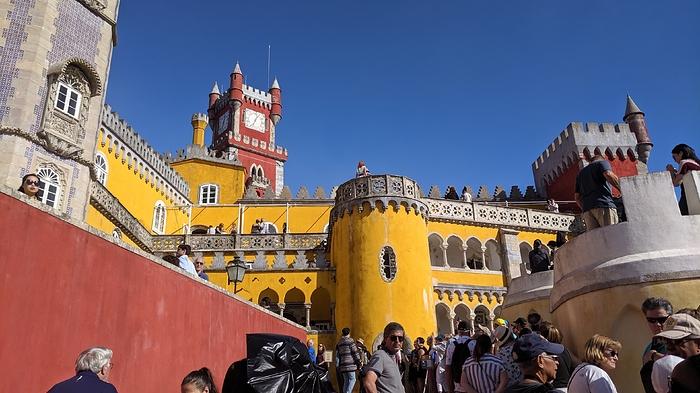 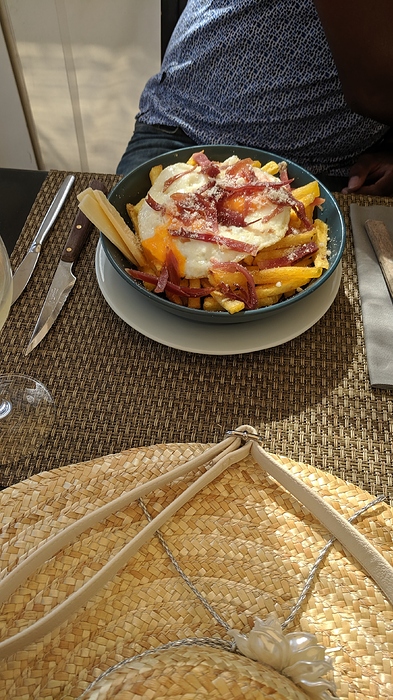 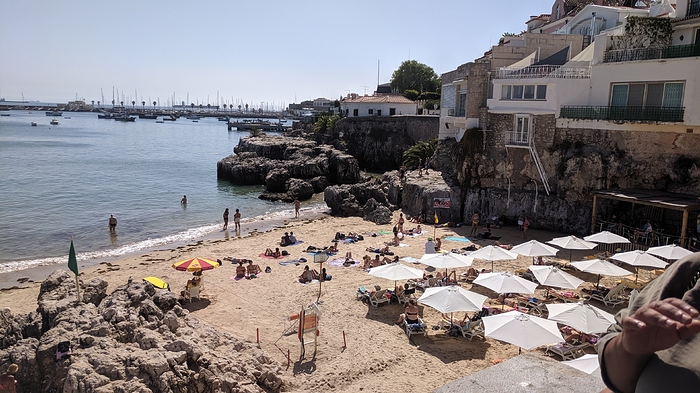 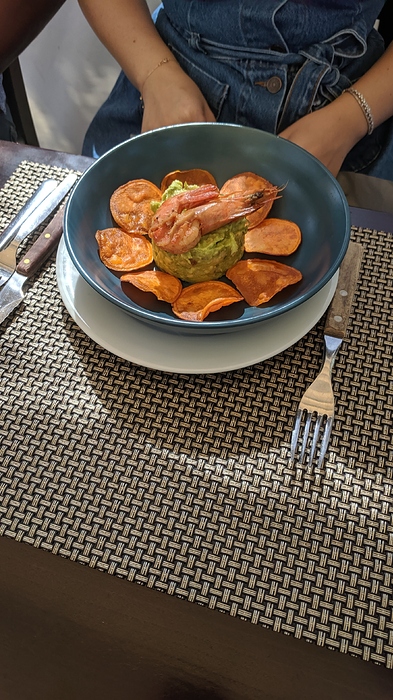 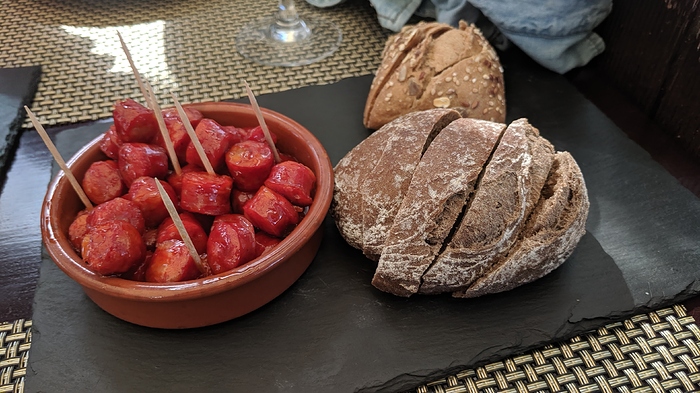 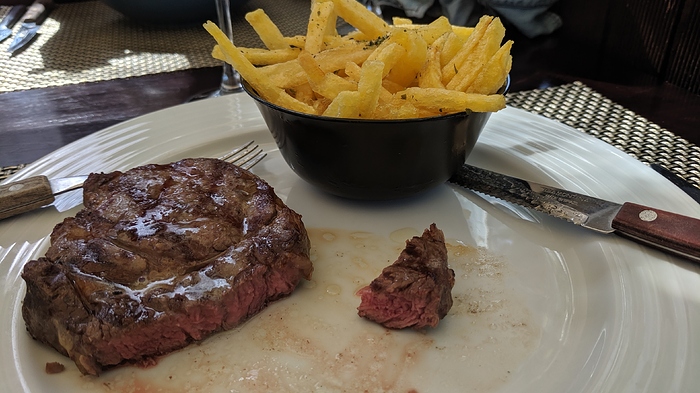 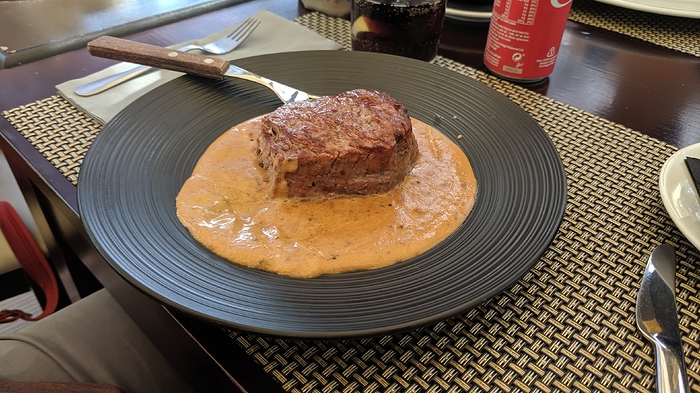