So I bugged the moderators with my usual rant about how at least Northern Nevada does NOT belong in the “Southwest.” And look, they listened! So now I can go to the Bay Area/Northern California boards and see information on Reno/Tahoe area restaurants! So I guess the least I can do is contribute to the talk. Not sure if any Renoites are on the board too, but at least folks who might visit will have some suggestions from me from time to time.

Anyway, back to the food: this weekend I ate at Heritage for the first time. This is a newish (maybe open a year?) restaurant in the lobby of the Whitney Peak hotel (a non-gaming, non-smoking hotel in downtown Reno). As I understand it, the Executive Chef is Mark Este of Campo fame. BTW, you can’t miss the front entrance, just look for the climbing wall on the side of the building (yes, you can climb it…). Inside, you find a modern, open room with climbing/mountain themed decorations. Its kind of open, and I imagine it could get a little noisy at night. (The place was empty when we walked in at 10am, but filled up a bit later). Seating is split between tall tables with tall stools (which I dislike) and picnic-style tables. We chose the latter.

We were four for brunch, but three of us ate the same thing…so can’t report on too many dishes. But it WAS excellent. I was one of the three who had the shrimp and grits. These are not traditional shrimp and grits, for starters they also come with two over easy eggs served on top of the grits (eggs were cooked perfectly, btw, with runny yokes that made a nice flavor addition to the grits below). Also they have a side of a dollop of guacamole, which seemed out of place but somehow worked. And the shrimp were breaded in a light corneal crust and fried, also unexpected. But they were delicious, and tasted very fresh. The grits were creamy and yummy, with just enough cheese. Our friends were from Australia, and they had no idea what grits even were, and I felt that this was a great introduction.

One of the Aussies shied away from the grits and decided to go with the French Toast. It was served with berries and maple syrup and some perfectly cooked bacon. I had noticed during her visit with us that she is not a big eater, but she ate every bite and even hesitated a minute to share some with her husband:-) She reported that it was delicious and that the berries tasted especially fresh and ripe.

DH and I washed it down with the bottomless Bloody Marys that are $15 for two hours worth of Bloodies. They do not skimp on the alcohol, and we were hard-pressed to finish enough of the bottomless version to warrant the extra spending over the cost of a single Bloody Mary. OTOH, we ended up lingering and watching several football games on the big screens over the bar, so the bottomless paid out in the end.

Brunch for four with tip, two Bloodies, one beer, and two coffees was around $130. (I don’t know exactly; they paid for brunch and DH offered to leave the tip after glancing at the bill, so I am basing that on what I saw him tip and his known tipping habits (usually around 20%, esp. after several Bloody Marys:-). We all left happy. After watching football, DH and I worked it off and got sober enough to drive home by walking around downtown and looking at all the bikers here for Street Vibrations…

OMG!!! I checked this site and the first thing I saw was your post, Janet. What a relief after all these years.

We love Heritage as much as Campo. I’ve had my birthday dinner there the last two years. We went last Monday for their happy hour with great deals on apps and drinks. I don’t see their HH menu online probably because it changes daily. We had what I’ll call ‘crispy pig parts’ and also Chaing Mai Thailand inspired sausages with lettuce wraps and other goodies. I had two glasses of house red and Bob had a beer. The tab was about $30. Great deal.

Mark Estee continues to score big! PS: THANKS for making this happen! 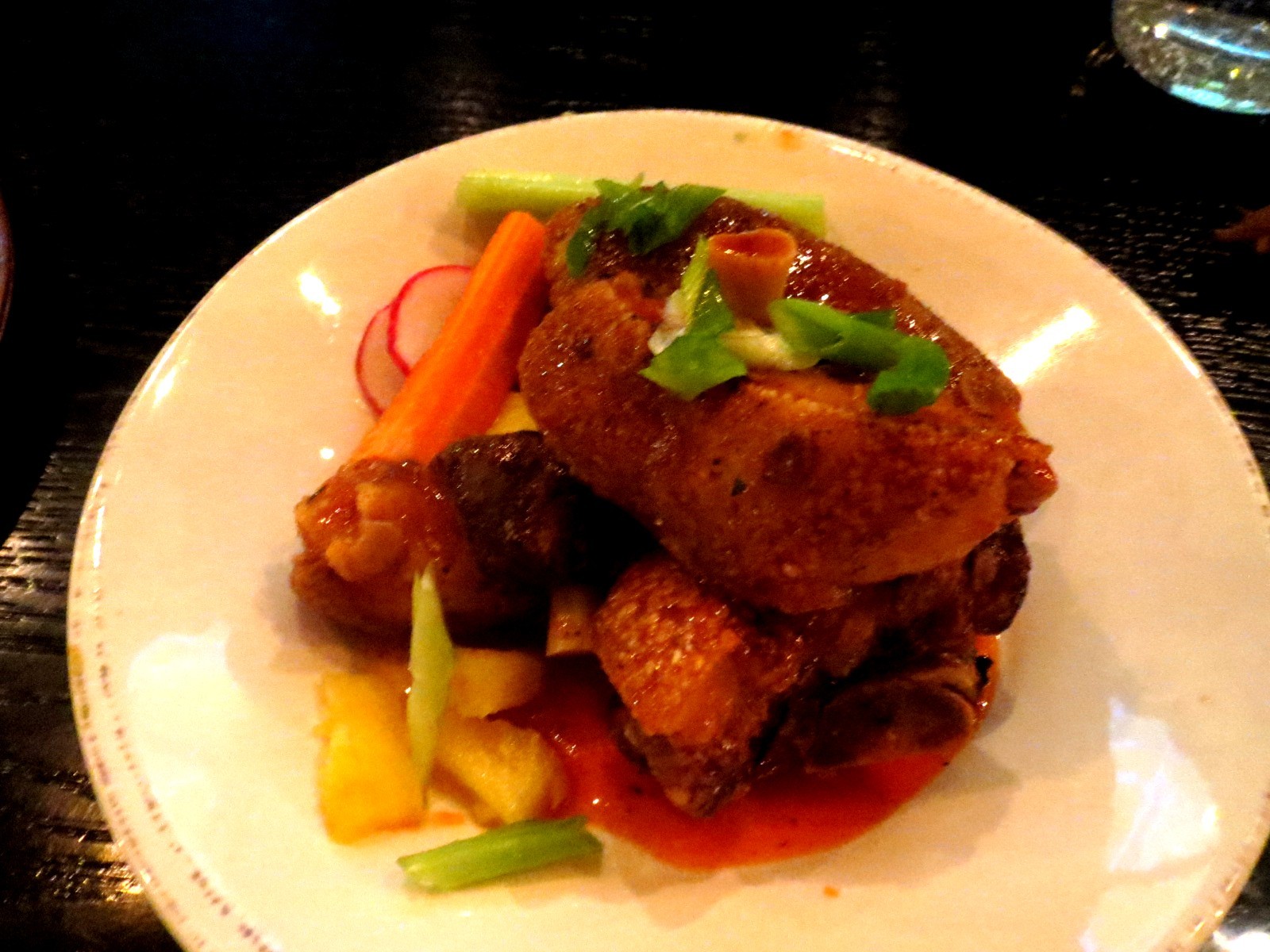 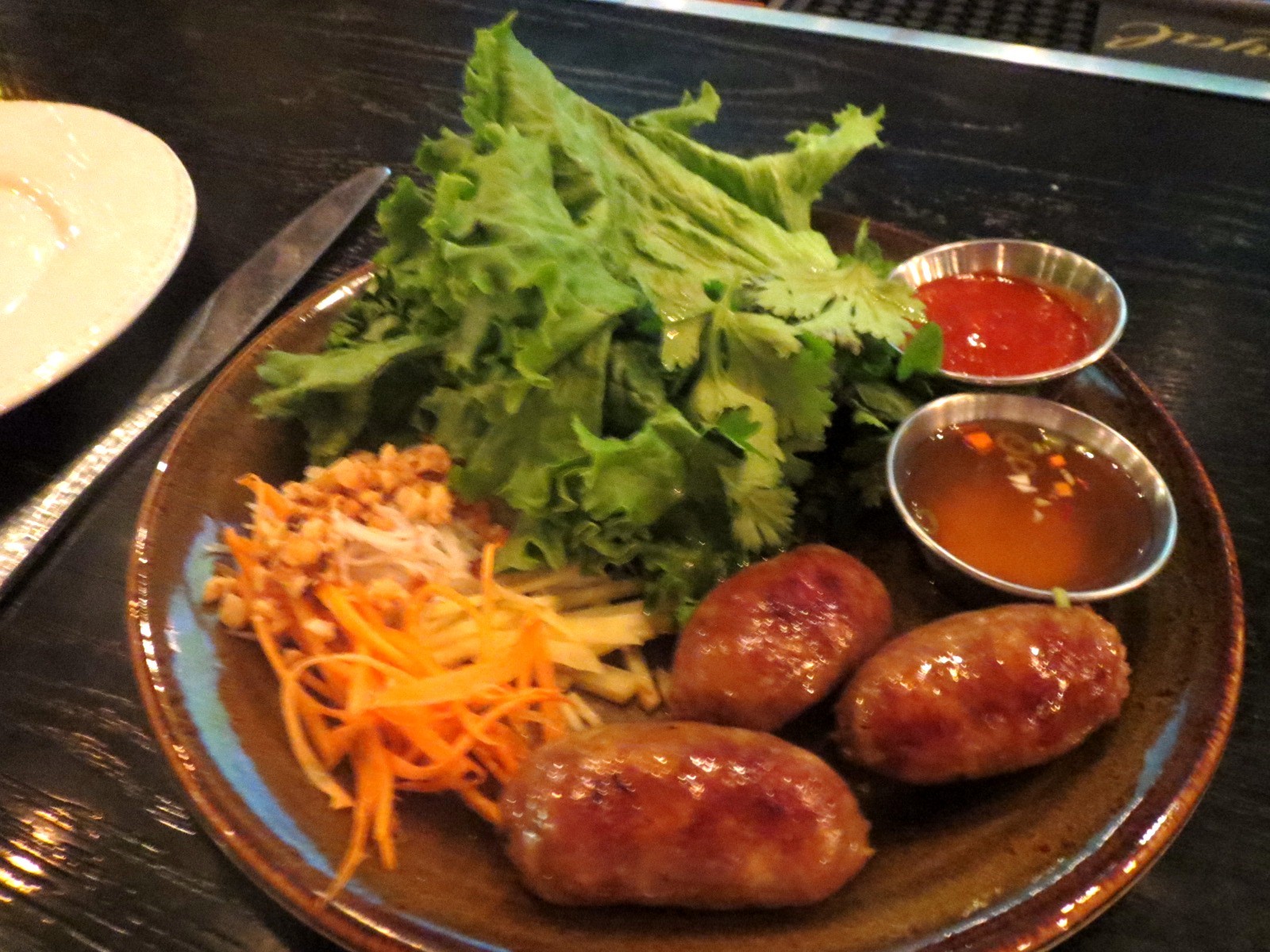