Anyone else tried it? Had never seen or heard of it until about a month ago when one of our local supermarket chains (Best Market) went out of business and had a clearance sale on liquor. I noticed a bottle of Henderson Whiskey for $8.99 and figured for that price, it was worth a try. If it ended up being sub-par, I could use it in mixed drinks or cook with it.

I ended up being pleasantly surprised. So much so that I returned the next day to buy the remaining bottles but someone had beat me to it. I was just at the liquor store today in one of my limited outings aside from work, looking for a cheaper handle of whiskey to keep around “just in case” during these trying times, and they had a handle of Henderson for $17.99. So I snatched it up.

This is not a whiskey that will blow you away. Some may label it more on the weaker side, but that lack of bite makes it perfect for easy sipping on the rocks and use in a Old Fashioned with some good bitters, quality simple syrup, and cherry. I probably would not drink it straight.

Their website is pretty spot on with describing it: in between a bourbon and a Canadian whiskey. It seems they have won a couple of awards for best “value whiskey”. The name Henderson, they say, comes from a bootlegger named Henderson from the Prohibition Era, but that seems to be just a character they created to give it some backstory.

Whatever the case, give it a try. For the price, you cannot go wrong. I’ve had expensive whiskeys that were less pleasant than this. 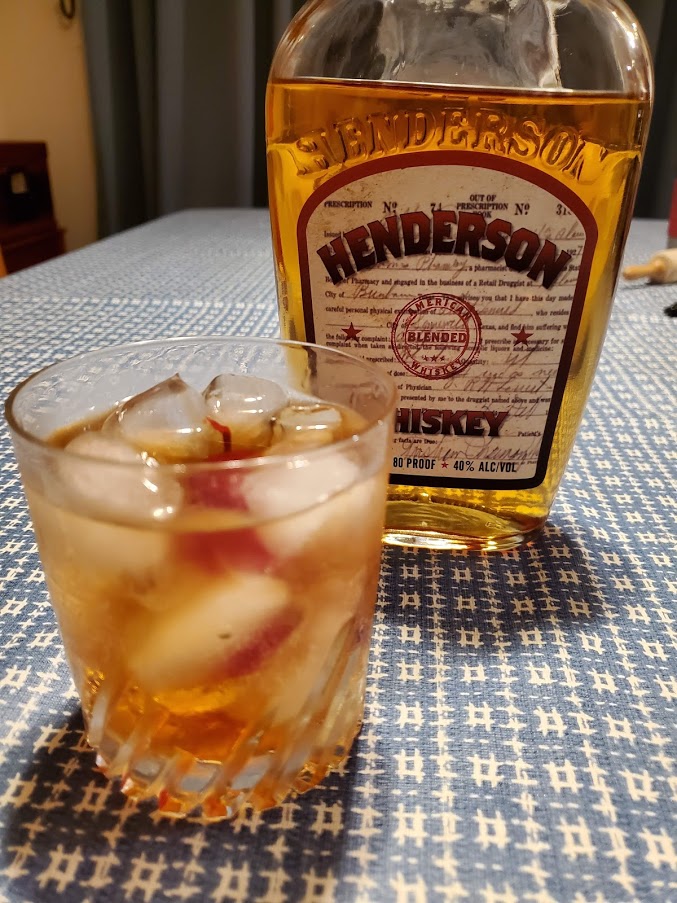