I make cookies for my Grandmother and great Aunt every year for Christmas. I kinda dig it. There isnt much that they need and sometimes one or the other will see a recipe for a cookie and ask me to make it . I like that especially.

Anyway, back to the topic…

They live 20 mins away from each other but in different counties in Md. They see each other all the time (sisters) and I suppose that I could send one package to do divide, but I like to make each one personal with a note or such…ok…I am getting there…

I sent 2 identical packages to them via USPS. Both had bubble wrap, containers, etc. The only difference was the note.

My Grandmothers cookies were a mess of crumbles. They arrived in terrible shape. The box wasnt dented, perfect shape.

My Aunts package arrived perfectly. Not a crumb out of place.

That just goes to show me that the people that handled my GM package wasnt as considerate of the arrows pointing up and the words fragile as the people who handled my Aunts’ along the way.

That sucks but since they see each other frequently, I’m sure they’ll share the good ones.

THAT is the best reason to send separate packages - a better chance that one will get through.

Bummer. Were the cookies packed pretty tightly in the containers? If they were hard and had room to rattle around, bubble wrap won’t really help.

Bummer. Were the cookies packed pretty tightly in the containers? If they were hard and had room to rattle around, bubble wrap won’t really help.

Yeah…I use those little bubble wrap bags to put the cookies in, then I put the bags in little festive boxes. I do the same thing each year…I pack it pretty tight…can’t figure out how one package arrived safe and sound and the other…Well…

when I was in the Navy and deployed to the Med . . .
my parents would send me CARE packages.

one Easter time I got two packages. one had a can of Boston Brown Bread - smashed to smithereens - yes - metal can smashed, broke open, mold and untidy stuff every where.

in the same mail call I got a hand decorated (Hoffert’s - Newtown Square…) Easter Egg. not special packaging - just the ordinary plastic “Easter Grass” - it was in pristine condition.

the USPS specializes in “mysteries” 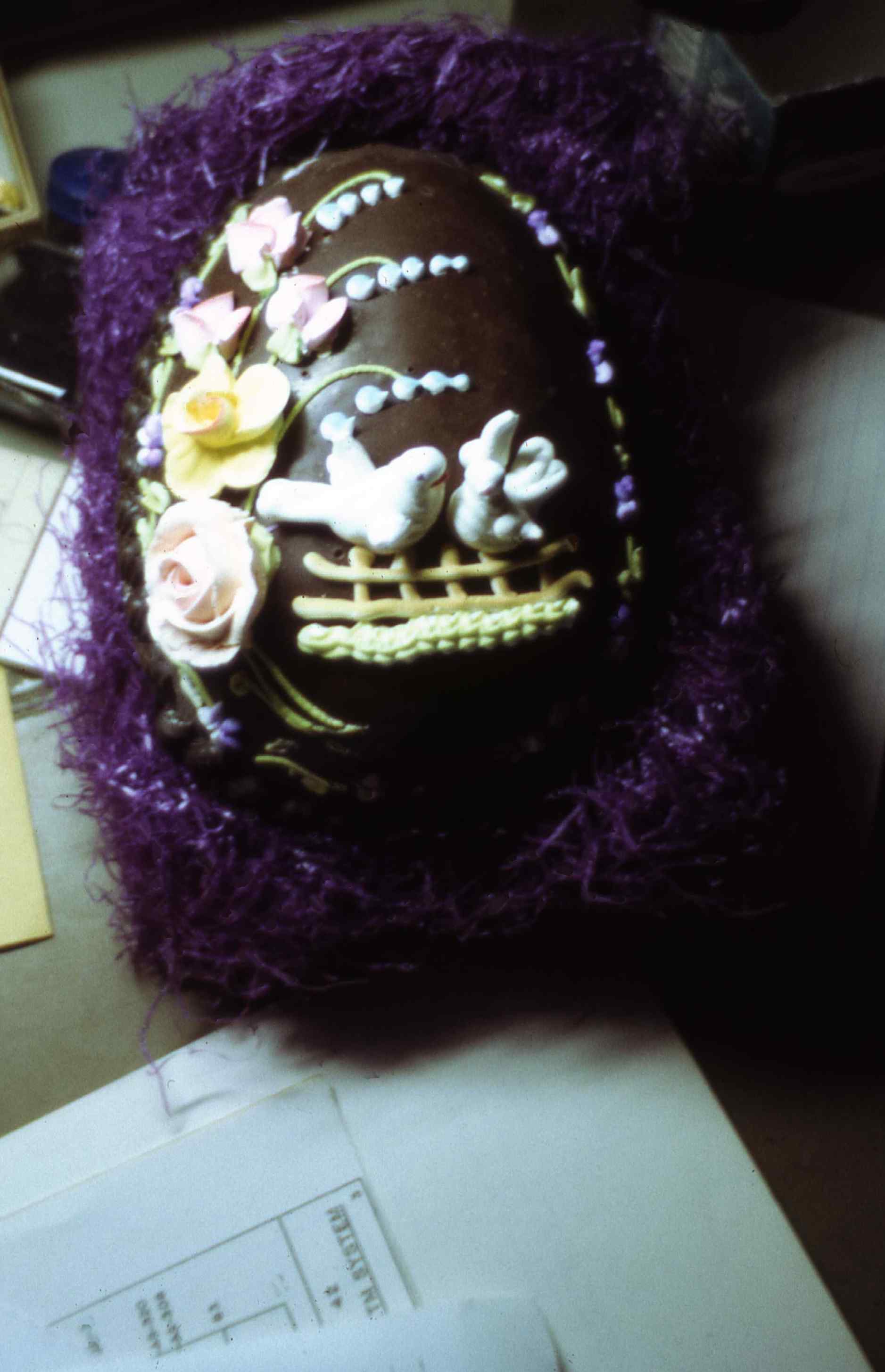 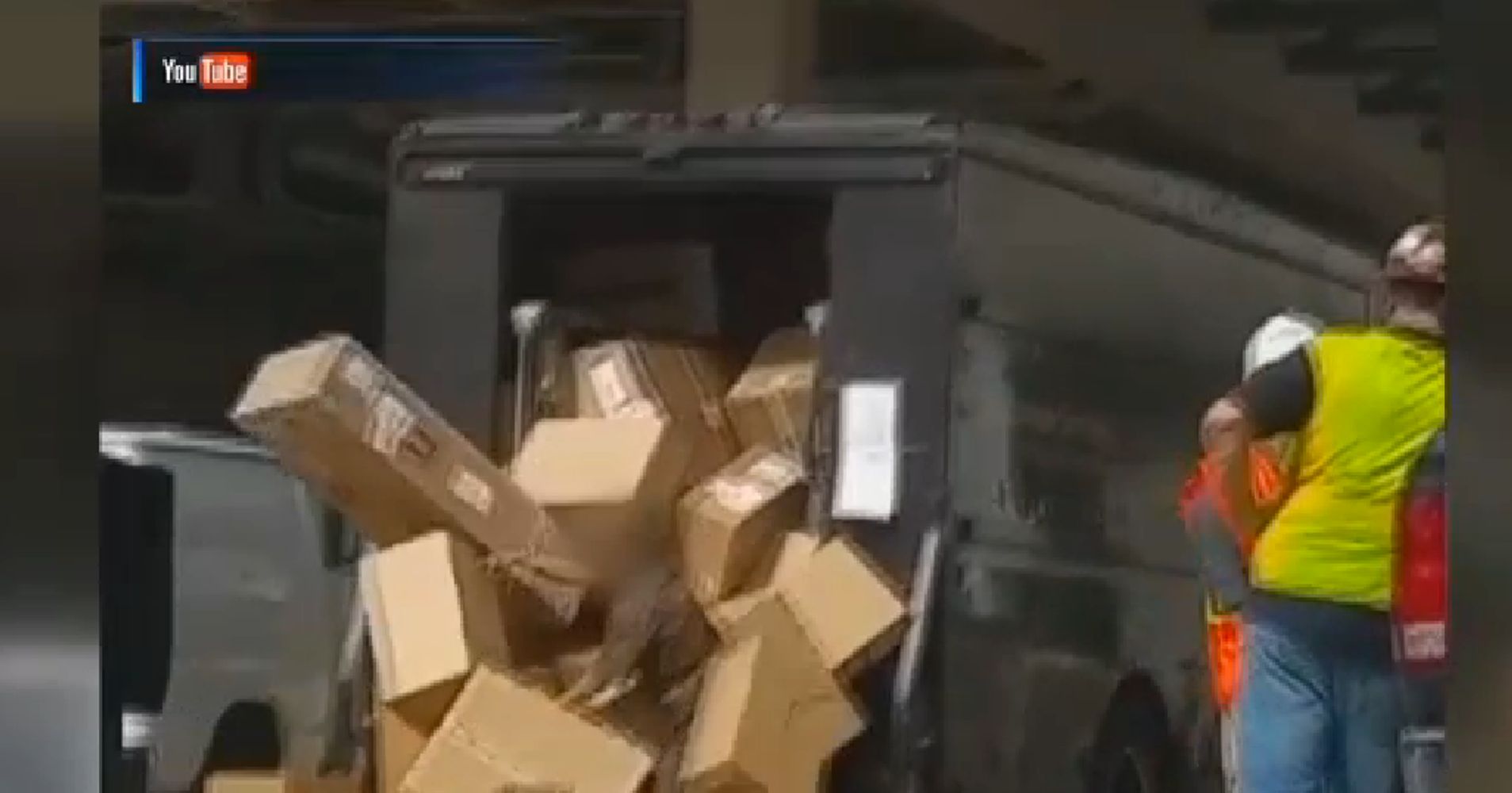 This UPS Delivery Man Has NO Chill For The Holidays

when I was in the Navy and deployed to the Med . .

–My husband was also deployed to the Med/ was on the Kennedy. He was on board when they collided with the Belknap in 75.–

one Easter time I got two packages. one had a can of Boston Brown Bread - smashed to smithereens - yes - metal can smashed, broke open, mold and untidy stuff every where.

in the same mail call I got a hand decorated (Hoffert’s - Newtown Square…) Easter Egg. not special packaging - just the ordinary plastic “Easter Grass” - it was in pristine condition.

the USPS specializes in “mysteries”

I think the biggest mystery is how they manage to deliver anything at all. I didn’t mention this earlier because I didn’t want to seem like a big whiner…but, what the Heck

On Weds of last week, I recieved my yearly cheesecake from my Mom. This one was from Swiss Colony. It was delivered via USPS. I opened my front door to let my furbabe out, looked down and saw a cheesecake propped up against the step ON ITS SIDE.

As much as they charge, you would think they could get it right at least some of the time

As a retired mail carrier, I can tell you that Fragile, This Side Up, etc., doesn’t guarantee that your parcel will be handled with kid gloves. We are talking conveyor belts and other sorting machines, carts that are transferred from one sort of vehicle to another, etc. All under time pressure, and rarely individually handled by a human being between the time you give it to the postal clerk and it gets to the delivering mail carrier. Sometimes there was barely time to stamp “received in damaged condition” on boxes that were rattling or dented by the time they reached me. Your package may have been beneath a much heavier one during its journey. Imagine mailing a postcard made of tissue paper. If it gets to Grandma intact, THAT’s the surprise. When big commercial food shippers send their orders out, they prepare them for the USPS by pre-sorting them onto big wooden palettes that they mummy-wrap in an industrial-strength version of Saran wrap. Each palette gets a sticker that designates it to the
central mail distribution location nearest the addressee. The first 3 digits of a zip code denote the GMF (general mail facility). The more presorting a business does before turning over its mailings to the USPS, the bigger a discount it gets on postage. In spite of the discount, it costs the USPS less to deliver “junk mail” than the envelopes and packages mailed by private individuals, so that offsets your stamp costs. It would be far more expensive if you were paying the actual cost entailed. It’s like buying meat - the more work is done to it before you buy it, the more it costs, so pork chops are higher per pound than loin.

I’m not so sure we can generalize that USPS is any worse than UPS, FedEx, DHL, etc., in this regard.

Especially considering that Republicans have saddled USPS with longterm pension funding requirements that practically guarantee it will operate in the red, I think they do a pretty good job with most things. Ironically, many of the private carriers contract with USPS to get the job done.

once upon a time a thousand life-times ago I participated in a project to select a “sorting system” for flat and small packages.

it is amazing - like don’t go dissing what they do every night because it is flat out amazing.

up until the last decade or so, USPS probably did a better job at not smashing things to bits than Fedex/UPS/etc - but only because USPS was still stuck in the 18th century of sorting everything by hand. but keep in mind of my post - USPS and “military mail” are not the same thing.

the other delivery services moved into automation a lot faster than USPS. which has/had it’s ups and downs. I have personally seen the packages from inbound aircraft dumped on a conveyor which had “diverter” arms to allocate packages to the ‘first sorting station’ - which is basically a manual station to orient the package “label side up.”

I have personally witnessed “jams” on the primary infeed conveyors resulting in the diverting arms bashing and smashing packages to bits. all of this automation works on the theory “they” can afford to pay for a minor percentage of smashed up stuff due to “automation” reducing costs.

USPS is moving into automation - the old BMC (Bulk Mailing Centers) have been transformed into spiffy new joints with automated sorting machines and procedures. the spiffy new manager would prefer to have WestPack/bins of mail sorted by the “shipper” by “sorting line” - they hate hate hate to deal with bags and bags and bags of zip five or zip two - they have to be opened, dumped by hand, etc. etc. vs a tote dumping system - - - but…of course the “law” is the “law” and even with Plant Verified shipping, we’re still stuck doing things ala 18th century.

perhaps one day all the Regional Post Masters will die and the regulations / laws can be overhauled. but meanwhile, not all of the advantages/benefits of “ye new modern technology” is accepted by USPS. yes, Virgina, the problem is Congress - the stuff is controlled by law, not common sense…