Welcome back. We missed you and your thought provoking posts!

MY HEB on Bunker Hill is pulling out all the stops for the 4th. Prime rib eyes or strips for 7.97

My ad has the ribeyes but not the strips.

Grilled a perfectly rare strip. The older I get the redder the better.

I’m totally in the mood for red snapper today, and I’m going to jcostiones’s HEB to find it.

I was there yesterday and it was slammed, so if you don’t see a post in the next week, come find me.

How does everyone like their snapper? Last time I made it, I used Ina Garten’s mustard recipe. I’m in the mood for more SW/Cajun prep today.

My favorite snapper dish was the butterfly charbroiled one at the erstwhile Mykonos Island. They also had great battered fried shrimp bested only by another former Greek place, Zorba’s. It was all washed down with cold retsina, of course.

I’m not very ambitious with seafood. I fry all the snapper I’ve caught and bought snapper I learned by osmosis from my Granny. It’s a simple 80/20 corn meal and flour mix with Cajun seasoning dipped in milk and egg and dredged, fried in vegetable oil to perfection. The fish is scaled but I leave the skin on, the same way I do speckled trout.

Good frying is underrated, I’ve made my mistakes over the years and learned to look and listen. Once you see the oil start to seep through and the grease gets quieter it’s time to flip.

I can’t fry bone in chicken worth a lick and have quit trying.

The Wifeacita just returned from MY HEB with some 16-20 shrimp. Right now the plan is to boil with cocktail sauce, but it could change.

I’m surprised you didn’t run into her, but due to her diminutive stature she’s easy to miss.

Let us now about your snapper.

I’m surprised you didn’t run into her,

I ran into a lot of people, and a lot of people ran into me. I have never seen it that crowded, people circling to find any parking spot open up. My nightmare, that’s the last time I go on a weekend!

I got the snapper @ $24/lb. I decided to blacken it and top it with a crab cream sauce, in lieu of the crawfish recommended in this recipe. I have 1/2 lb of lump crab I got from poor ole Rockport last month. 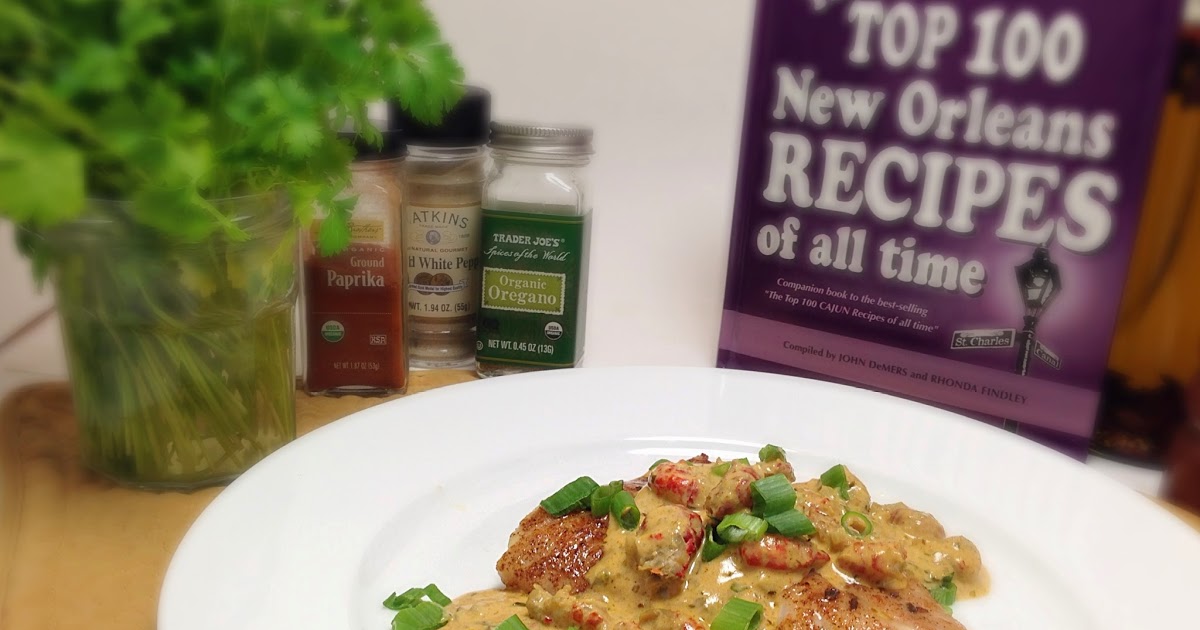 One things I miss most about home is the seafood. I grew up surrounded by some of the most tasty and fresh seafood in the country. When m...

Crab? I’m thinking about going to H Mart on Tuesday, my day off, to see if they have any good live ones so I can mess up the kitchen. I’m a little concerned about Galveston Bay and all the fresh water post Harvey.

I think the crabs will be ok but the oysters may take months to be ready to eat.

The dish was excellent. I will add cayenne and sherry to the sauce next time for more depth of flavor.

Well. Since i no longer have an HEB and no longer get the HEB circular

, I am not going to participate in any of these HEB threads any more. So there.

P.S. - LO, the dish looks great. I have forgotten all about blackening - haven’t done it in years.

I had a great snapper dish my first time at Red Snapper Inn as I recall, a Greek treatment. Not on the menu now and I don’t remember anything specific except that I loved it.

Probably the best dish I’ve ever made at home with snapper was this one from the first Diana Kennedy cookbook: 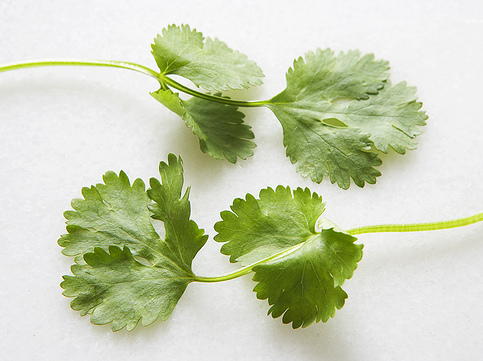 This dish seems to call for an excessive amount of cilantro, but it cooks down to practically nothing and the flavor is not as strong as one would think-except, of course, for those who can’t abide cilantro! The chile, onion, and cilantro flavors...

I had never used cilantro before and didn’t find the aroma very appealing, so I only used 1 C

Blew my mind. Don’t know why this is labeled an appetizer. Always a main course for me (haven’t made it this century as best I recall).

Once you see the oil start to seep through

Uh… the oil starts to seep through what?

I’m not very good at frying. I will attempt a thin piece of inexpensive fish (tilapia) but not something as expensive as Red Snapper!

I don’t know if it’s oil or moisture on the top of the filet but when you see it, flip it. I wouldn’t go too thin as it’s so easy to overcook.

My favorite fish to fry is a nice fat speckled trout, 20-22 inches, about 4 pounds, the problem is you have to catch it. You get three pieces per filet, two fat ones and the thinner tail portion. The Wifeacita and I are perfect, I like the fat pieces, she the tail. I leave the skin on for more flavor and crispy.

Paula Deen has a beer battered cod recipe that I like to use. I find that a really cold Modelo Especial works best. She says flip the filet frequently but I only do it once depending on the thickness, 2-3 minutes per side. I use Cajun seasoning instead of her suggestion, preferring Ragin’ Cajun or Konriko over Tony’s which I find a bit salty.

brucesw was YOUR HEB the one on S. Braeswood? I see it flooded and am curious if they will reopen. I’m sure you’re aware they are building a mega one on S. Rice on what used to be MY Hong Kong Chef.

Here’s the answer to my question. They don’t know. 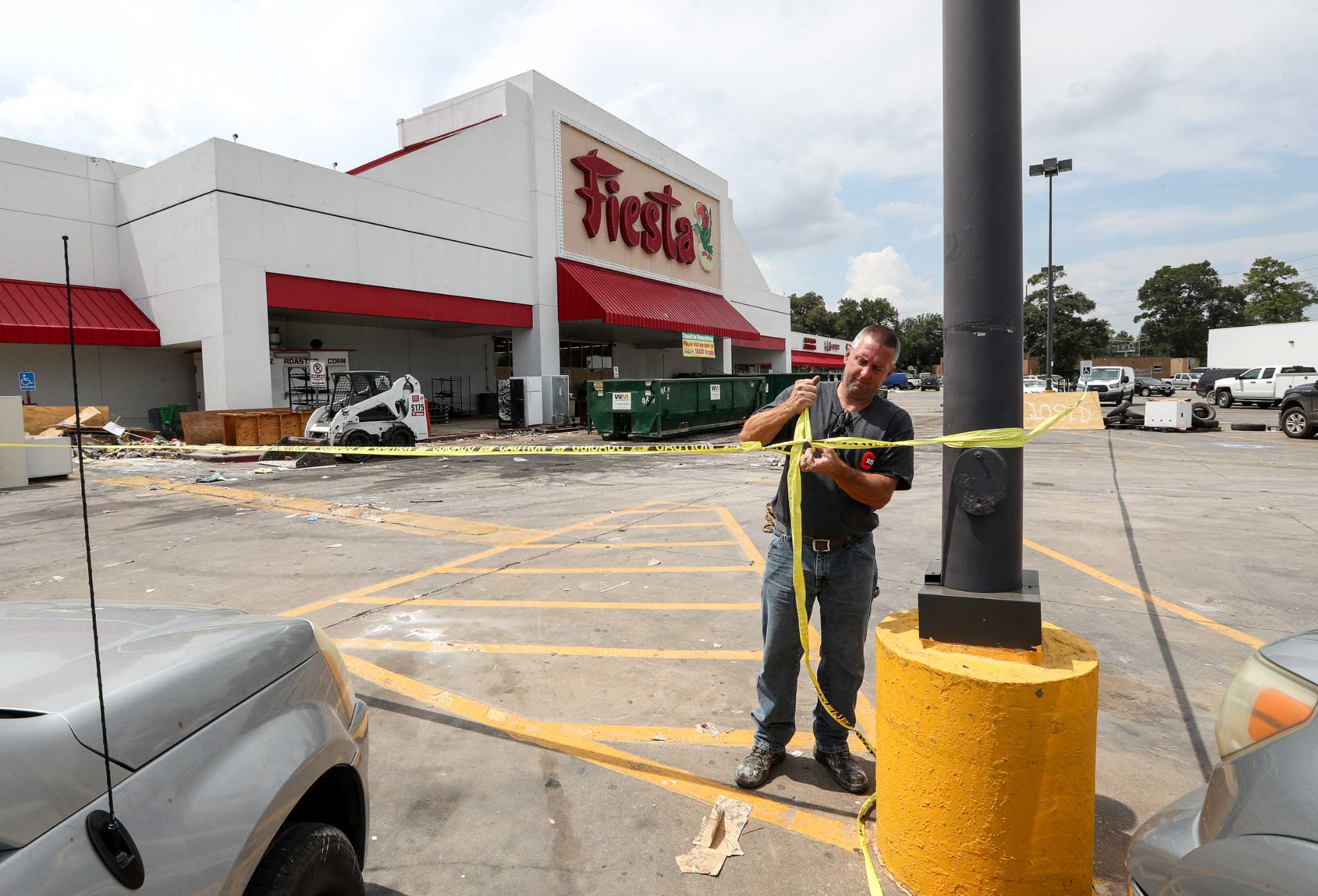 Houston grocers shut down by Harvey give timelines for reopening

Houston-area grocery stores that flooded severely during Hurricane Harvey will remained closed for weeks or months as companies make substantial repairs and renovations.

Yep. That’s mine. I’m sure it’s going to be real hard for them to justify putting more money into that store. They may wait to get a fix on how many home-owners in Meyerland have had it and are going to sell out. The representative from the area is making a list of people who say they would accept a government buy-out. The smart thing to do would be to double-decker it, like they’re doing in Bellaire, but if the population of Meyerland is going to be decimated it might not be worth it.

It was closed last year after the Tax Day floods until the week before Halloween so it’s been open almost 11 months. They did a nice job with what they had to work with but it’s still a small, 1960s era store; it’s hardly ever really busy, like other HEB’s.

There were rumors last year they would have abandoned it except they knew they were going to be closing the Bellaire store for demo and rebuilding and wouldn’t have anything serving Bellaire/Meyerland/etc., which ain’t shabby real estate, when it’s above water

I’m guessing they may be regretting putting a Joe V’s over on W. Bellfort just west of Fondren instead of a big HEB. There was lots of neighborhood opposition all over this part of town, except right in Meyerland. You can probably still drive through Northfield, north and south of W. Bellfort, and see the HEB Yes, Joe V’s No signs in some yards. But they ignored the protests and went ahead. Not really prime neighborhoods quite like Meyerland but home prices at least in the $200s AND the store didn’t flood! 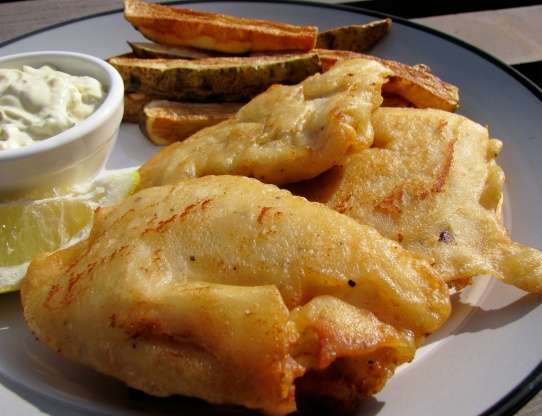