This one surprises me, as the article says I thought this spot was doing well. @MsBean any inside info??

Could Peter’s Crab and Steak House possibly be next?

Please feel free to keep him for as long as possible.

Has there been anything hilarious going on there lately?

I saw the same article you did and don’t know anything more. I did see big trucks parked in Blend’s back parking lot on my way into work today (11ish) but didn’t know what they were at the time. I’m assuming they are related to show production.

I’ve eaten at Blend a few times but nothing recently. I don’t recall any service issues but as they say - Shit Happens.

I ate at Blend on Main once using a Groupon for 4 people. Food wasn’t amazing but certainly not bad although I am not sure if i will go with a Groupon deal. It was a pretty good deal for what we paid for with that Groupon IIRC.

This is basically what I’ve heard–that the food is decent, but it’s expensive. A friend has been a couple of times–but only with a Groupon. The celebrity chef's kindness toward Kallista Flores and her family is shattering his tough kitchen taskmaster image.

I was driving home Friday night, and went past Blend. It was 12:30 am, the lights were on in the restaurant, and although the blinds were down, I could see that people were still sitting at tables. One table was leaving as I went past. The crew trucks were still there. Who knew that they would be taping that late at night!

All evidence was gone by Saturday, and the restaurant seemed to be open for business Saturday night.

That is typically how they film those shows, my friend’s place in New Orleans for fingers drive ins and dives was filmed during off hours 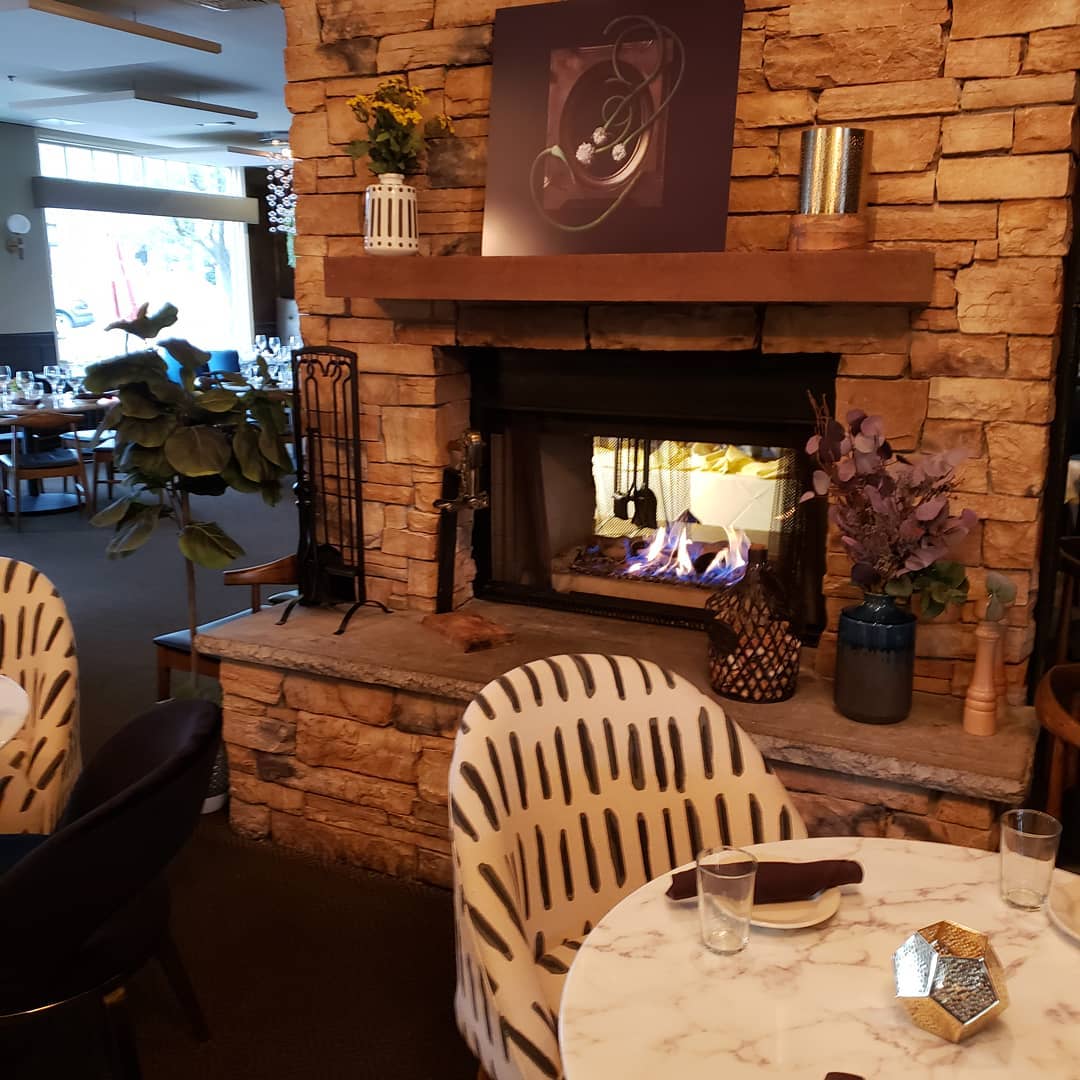 So I have been to Blend twice in the past couple of weeks. First during restaurant week, to give it a try after the revamp. Then again Saturday night.

TLDR: The best part of the meal was the pretzel roll and raspberry mustard sauce. I don’t need to go back

We had reservations for 5:30. The hotstess ushered us into the restaurant and sat us at the second table JUST inside the door, and said “Here’s the best seat in the house!” Uh, no! But I was with a friend, and didn’t want to object. The pretzel roll with raspberry mustard sauce was great! I had the General Tso’s short rib over stir fry begetables and sticky rice. The short rib was tender and tasty. The vegetables were one note, and the sticky rice was…plain rice. My friend had the berkshire pork chop with sweet potato puree and she loved it. My dessert was supposed to be pumpkin brulee, but it had zero pumpkin taste. The other dessert was a smoked maple ice cream over a hot waffle, and the ice cream was delicious, with smoked feutillne (sp?) in it. The chef was in the restaurant, touching all the table. He brought out our entrees, but raffled them off to us (sigh). Service was ok otherwise.

My second visit was Saturday night. We had early reservations for 6 pm. The hostess took us to the side room, where they serve breakfast/lunch. I said I didn’t want to sit in there, I wanted to sit in the main dining room. I was told, “All the tables are booked.” Since I was with family, I didn’t argue.

Again, they started us off with the terrific pretzel buns. We got the blt wedge salad to share, and a fennel soup with lobster on top. The blt salad was…a wedge salad. The soup got good reviews. A busser came over to pick up plates, and SCRAPED leftover items from one plate to the other at the table. She then proceeded to pick up other plates, scrape them and stack them at our table before taking them away and putting them in the bus tray with a very loud crash. I though we were in a diner! The bus people also kept asking, “Are you still working on that?” Over and over.

Pacing is definitley an issue, because we hadn’t finished the salad when the entrees came out. The waiter apologized for that.

The entrees were again raffled off to my table of three. I know they can number the seats, because when they brought out the other tables entrees, they were talking about which plate went to which seat. I had the duck, which was so tough, I only took one bite of it. The whole plate was cool, even the vegetables under the duck. The fish taco was good, and the salmon was also good. Our watier didn’t notice that my meal was uneaten. I was with family, and just let the busser take it away.

The restaurant was full, and there was no sign of the chef this night.

For me, it was just ok food, with a lot of service mis-steps. One of my family said they couldn’t believe the look on my face when the busser started scraping and stacking the plates on the table! I was just shocked and horrified.

So to wrap up, I didn’t like where I was seated. The service was really disappointing. The food was disappointing, except for the pretzel bun. They have a very limited menu, and with that limited a menu, you would hope that they are doing eveyrthing really well. But for me, no they aren’t. Two disappointing meals, and i’m done.

OOOOOOF.
I feel like these are the types of posts that should be mandatory reading for restaurant owners.

I’m prepared to give somewhere a second chance, particularly if it’s somewhere that’s been good in the past. In my own city, we used to go to one place a couple of times a year (which is about as regular as we get with almost anywhere). It’s always been good. Until last time - when both food and service were lousy. We’d planned to be going back only a couple of weeks ago - a “last chance saloon” visit. Looked at the website to see if there were any menu chnages, only to find it’s closed.

The plate scraping/stacking at the table always leaves me dumbstruck when it happens (at any restaurant). Next time I am going to say, ‘please don’t do that’.

We went a few years ago for my bday.
There was a very loud party going on in the main room so they sat us in that side room, which we actually asked for as the party was very loud.
We had the same service issues and the food was ok, nothing special.
My wife reached out to them the next day, no response, so she posted something on their Facebook page and you would have thought we threatened to burn the place down. Their regular customers accused us of lying and someone said we must not go out to eat at nice restaurants and not be used to paying the prices they charged.
I just backed away after that comment and my wife removed her post since people were so rude.
We have not returned since.

I was out last night and mentioned this thread to my friend, who said she has been once (about a year ago, iirc) and she liked it–but then she said she could never remember what she had there (even shortly after dining there), so…

That location has been many different things over the years - so many that I can’t keep them all straight. In one incarnation - Firefly - the pastry chef, Teah Evans, won Chopped. For some reason I think the current chef was the chef when it was Firefly, left, and then came back. But I could be mixing up my stories.

So it seems like, despite Gordon Ramsey coming in to “fix” the place, the same issues remain, and nothing has changed. Too bad, I really wanted to like them!