We are often in town as its not far from where we have a country house. New Haven punches way above its weight class for a town its size. Obviously having Yale makes a difference. There are several restaurants in town that would do well almost anywhere. The Japanese food options were predictable though. Mostly sushi and often what I call the Americanized fusion sushi of the many colored and sauced roll variety. Not a big fan of that stuff.

Hachiroku opened late this summer in New Haven. Hachiroku isn’t a sushiya, but more like an izakaya though it doesn’t call itself that. It’s on a quiet stretch of Orange street. From the front, its doesn’t appear Japanese. Could be a nice tavern. Inside the space is clean with very tall ceilings. I was told the owner designed and decorated the space.

The menu is small with a few daily specials. The sake list is amazing for a place like New Haven. A single page of small type with dozens of bottles. Prices were very reasonable. Most bottles in the $50-70 range.

Had a very nice salad with arugula, tomato, radish, poached egg and those tiny fried anchovies. There was some sashimi that was beautifully plated with ikura and flavored oils. Had an uni and ikura dish. Uni was creamy and had the right bit of tang to it. Some potato salad. Then a bowl of rice with lightly cooked salmon belly with more ikura. Came with a little bowl of tsukemono. Really hit the spot.

I highly recommend the place for Japanese food that isn’t the ubiquitous teriyaki, tempura, sushi, noodle or such stuff. Japanese food made with care by people who know Japanese food. 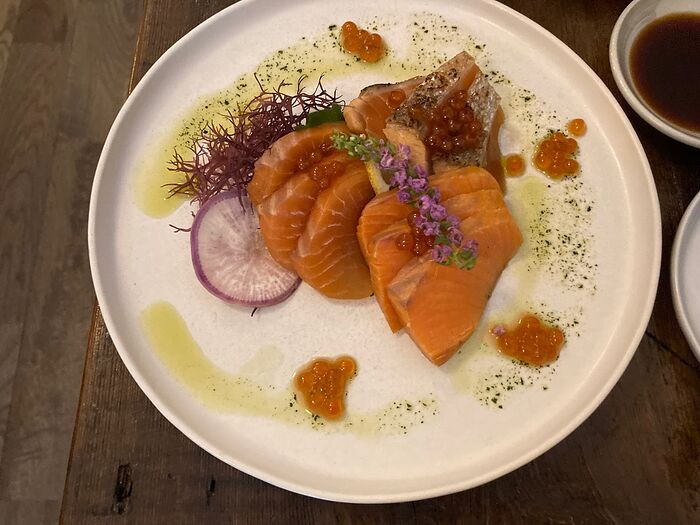 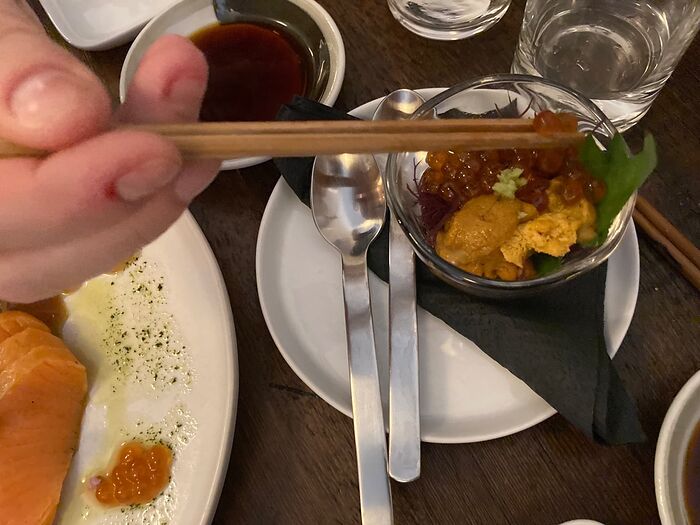 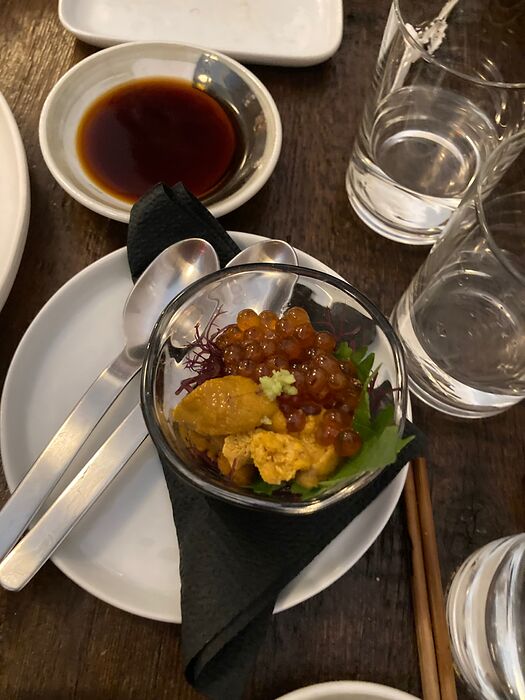 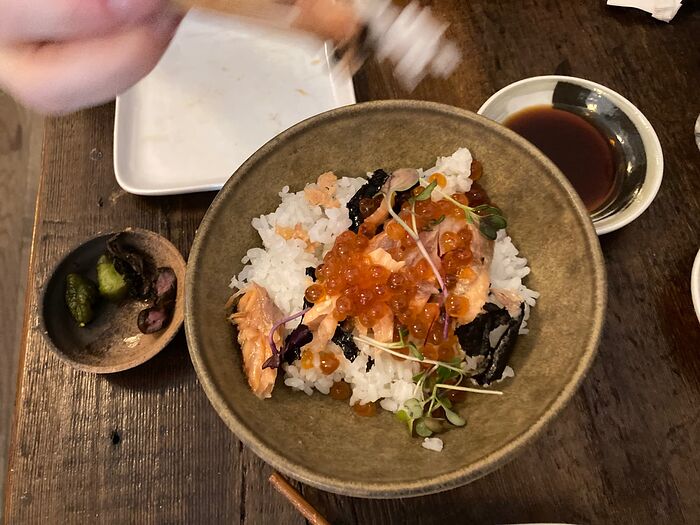