This is one of two places locally often compared to the Halal Guys in Manhattan. I’ve been to the other, Jones Fried Chicken on Fondren but never to the place in Manhattan. With the first of several Halal Guys franchise locations due to open before the end of the year, I wanted to get around to trying this one out.

Despite their names, both these places are famous for their lamb or chicken over rice with white sauce. I got lamb as I had at Jones. I was asked if I wanted the sauce on the side and that’s the way I got it since I had about a 15 minute drive home. I wasn’t asked if I wanted red or white sauce so I got some of both, 2 white, 1 red. That’s only one container of the white sauce so it won’t be enough for the whole dish and I’ll get to try the red. It’s a very generous amount of lamb on top of a pile of basmati.

I found the lamb a little dried out and the white sauce thinner and tarter than I remember at Jones.

I found out about Gyro King from Zain Muhammed, the Halal Reviewer; I had been going to Jones for several years, just for the fried chicken, before I heard their dish was being compared to the Halal Guys. Zain prefers this cart, partly because it’s closer to UH, where he’s a student. I’ll go for Jones as the better of the two based on my experiences, but I’ll give this one another try as well as the franchise locations when they open up.

FWIW, people who claim to have visited the Manhattan original all say the Houston places aren’t as good.

I stopped by Jones Fried Chicken on Fondren to try their version of this dish again. 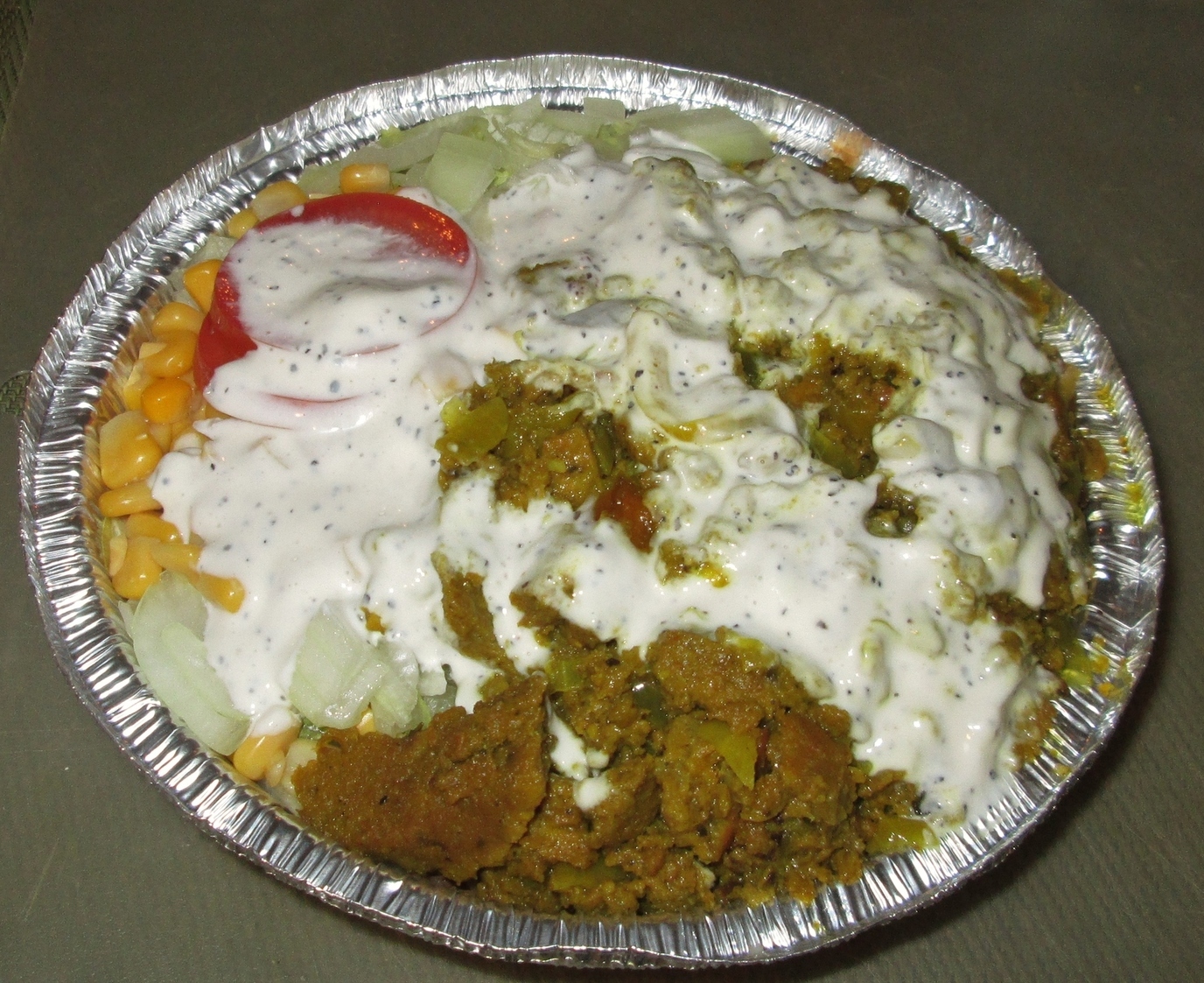 Both places use lamb gyro meat but here it was much juicier and flavorful, not overcooked and dried out. The sauce is thicker and creamier. It was also much tarter than I remembered. There’s a little kernel corn, a couple of tomato slices, a rather copious amount of raw onion and a very modest amount of iceberg lettuce in one corner. Another huge difference is the option of putting this over spicy rice, and spicy it was. It was a big plus.

To me it’s no contest. The Jones Fried Chicken version is far superior to Gyro King.

It’s a kind of disorganized place and a bit of a rowdy crew at times and it’s not in the best neighborhood, back behind the old run-down Sharpstown Mall in an old James Coney Island. They still do hot dogs and burgers and the original draw - fried chicken - which is pretty good. The pieces are small because it’s Halal.

Get it with the spicy rice.

Okay, now I’ve done my homework and I’m ready for the first location of Halal Guys to open so I can find out what supposedly I’ve been missing.

Chicken over rice??? I’ve always opted for lamb — I’ve been doing it wrong.

Gyro King’s owner said they’re opening a brick and mortar store very soon on Highway 6. They have a listing on Yelp already 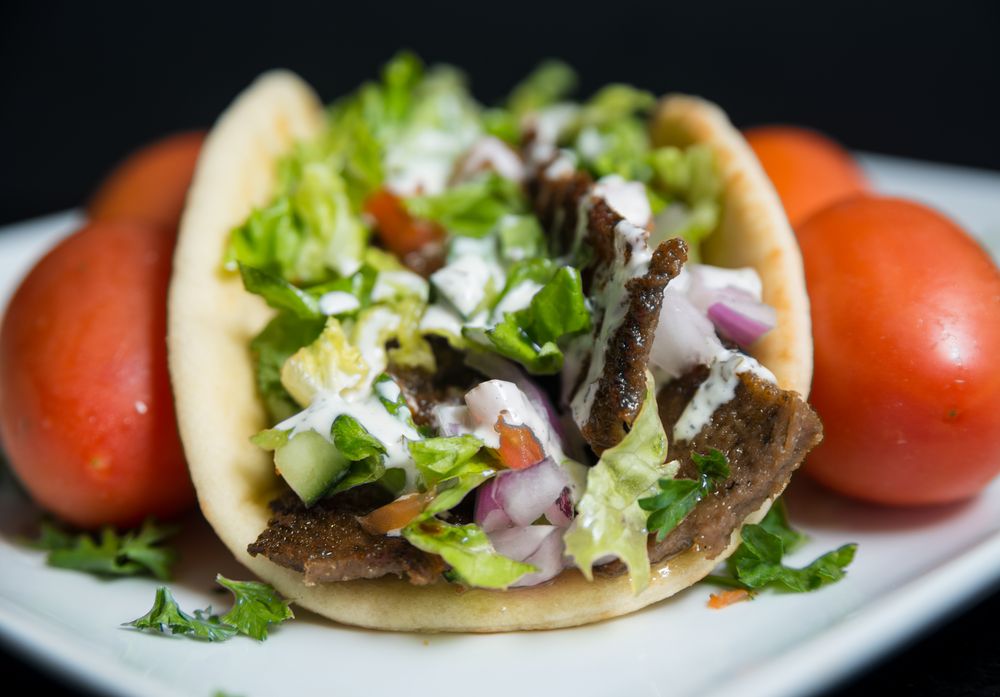 Have you braved the crowds at the Halal Guys off of Shepherd yet?

No. I have it on my list for this week, for whatever that’s worth

I have been craving Mexican since going to Habanera & the Gringo and 100% Taquito.

I made my first visit to the Halal Guys today. At 1:30 in the afternoon there was no line. I was in and out of the parking lot in just under 5 minutes. There were three people assembling orders, one packing them up and one cashier, 2 guys working the grill and 2 other standing around, not sure what they were doing. With a crew like that, even with a line, service would be pretty quick. 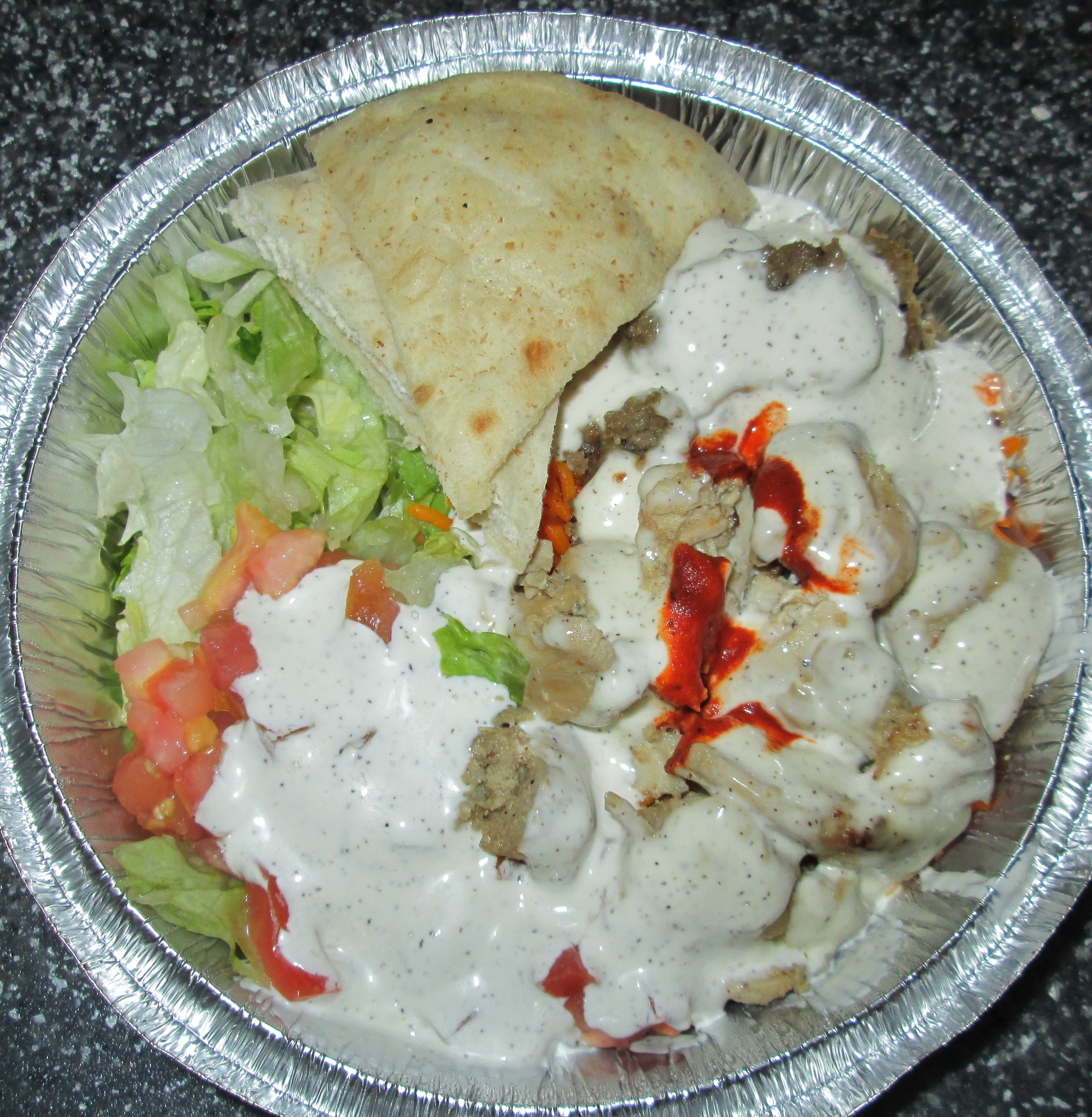 I got the small combo platter. On the bottom are portions of iceberg lettuce, minced tomato and an orangish rice that was rather dried out. There was more lettuce than rice or tomato. On top of that was the gyro meat, off a steam table, and chicken directly off a grill. Then you’re asked if you want white sauce and red sauce. I asked for just a small amount of the red sauce because I understand it’s all about the white sauce; I didnt’ expect the red sauce to be very hot but it was.

There’s a lot more seating that I expected, indoors and on a patio in front and an enclosed patio to the rear, but I had planned to get this to go and followed through on that.

The gyro meat was not as juicy or flavorful as at Jones but was not dried out like Gyro King. This is the first time I’ve gotten one of these with any chicken so can’t compare. The big difference is in the white sauce and I was quite surprised. The Jones sauce is like a tzatziki while my first impression of this was that it’s mayo based. I like them both but can’t really say one is better than the other.

The quantity of food from Jones is greater - I made two meals out of a small there. I would have liked more tomato on both platters.

After just one visit I favor the spicy rice option at Jones over the rice here and I also liked the raw onion on the Jones platter but I think I’ll patronize and recommend both for the time being and see if I develop a preference for one sauce over the other.

Gyro King is opening a counter service restaurant this week on March 4th. The location is 9203 Hwy 6 S, Ste 110. https://www.yelp.com/biz/gyro-king-houston-2

Already made enemies, I see.

Already made enemies, I see.

Could be the Yelp review posted yesterday. Holy cow.