I had a bowl of noodles from Guilin Rice Noodle House for dinner last week. Guilin Noodle House has been a regular delivery order for me during the past year or so, but this was my first visit to the restaurant itself. It’s conveniently across the street from a L bus stop in the Parkside.

I ordered the House Special Guilin Rice Noodles (C1). Guilin, which is in Guanxi autonomous region in southern China, is famous for its rice noodles. The noodles are shaped like thick spaghetti, a bit like the noodles in a bowl of bun bo hue. The house Guilin noodles are served “dry” and come with the works - “golden” pork belly that has been fried so the exterior is golden and crispy, and then sliced, marinated beef, pig ears, tripe, crunchy fried mung beans that taste a bit like peanuts, scallions, half of a hard boiled egg, and crunchy pickled cowpeas that add a little bit of acidity. I think there’s a little bit of gravy on the bottom to add more seasoning. The bowl of noodles comes with a relatively bland bowl of whitish broth that is a nice palate cleanser for the noodles. There’s also chili oil and a hot sauce on the table.

Compared with the delivery version, this was a bit better, which I guess is to be expected. The noodles were more loose and slippery, and everything was warmer and fresher, as I guess you would expect from a freshly made bowl. A really good bowl of noodles. 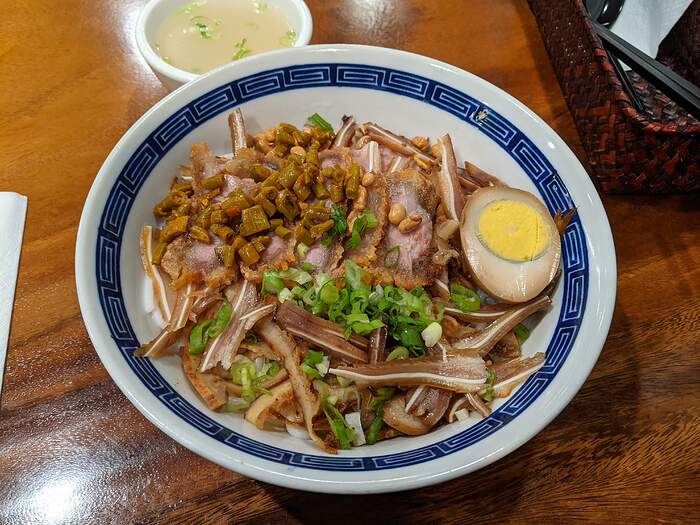 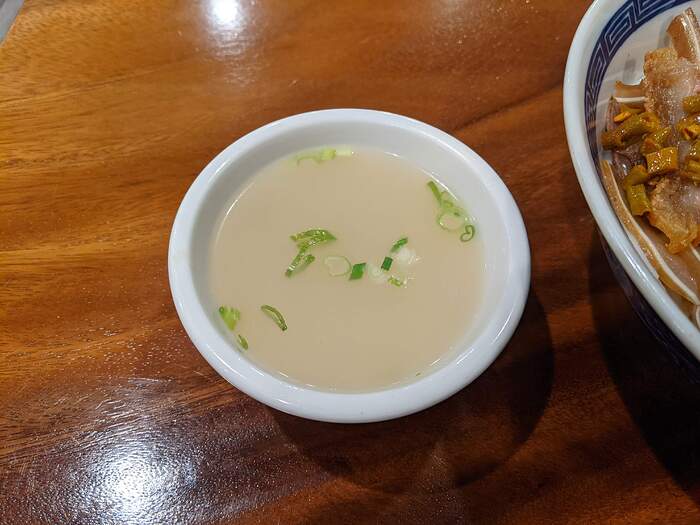 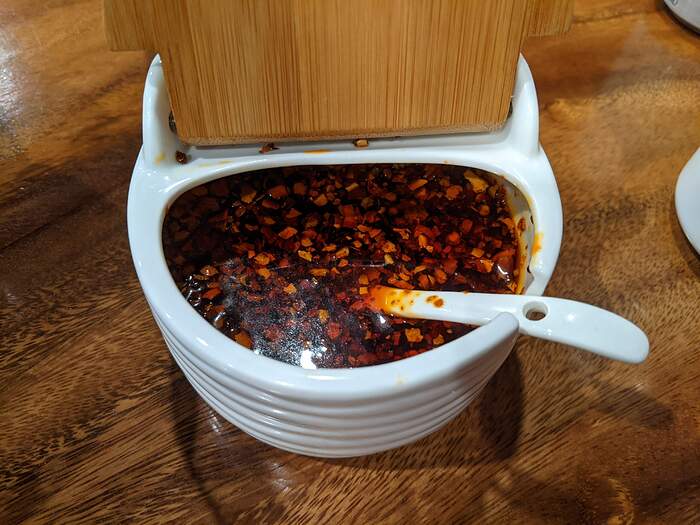 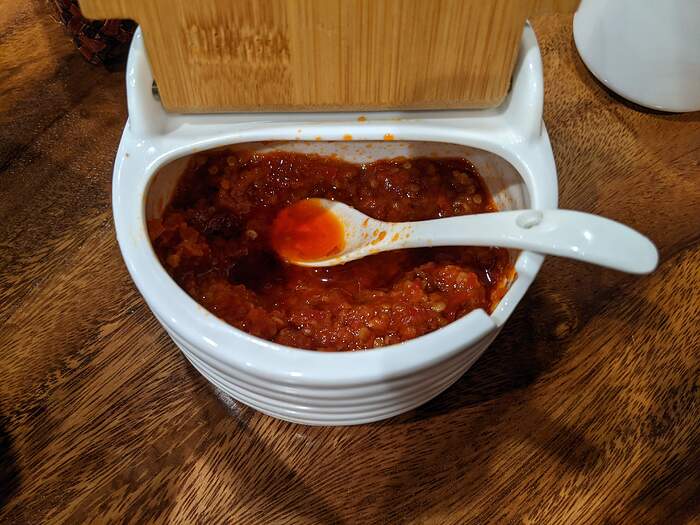 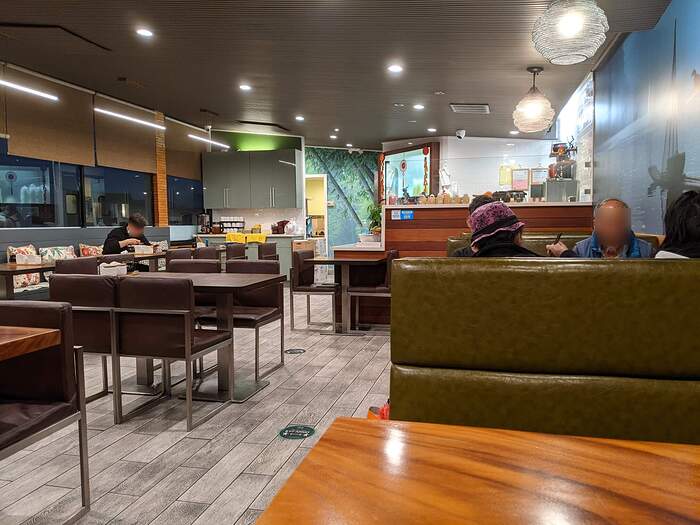 Went there today at ~14:30. Restaurant was half full, a happy surprise. Got the same noodles as Mr_Happy and also the smashed cucumber appetizer. Noodles could have used a bit more salt (which I fixed to taste with the provided chili sauce and vinegar). Smashed cucumbers were AWESOME. Really surprised by how good they were – just spicy enough, sour but not pickled, nice garlic flavor and some crunchy garlic on top, too. Maybe a little Sichuan peppercorn, hard to tell. 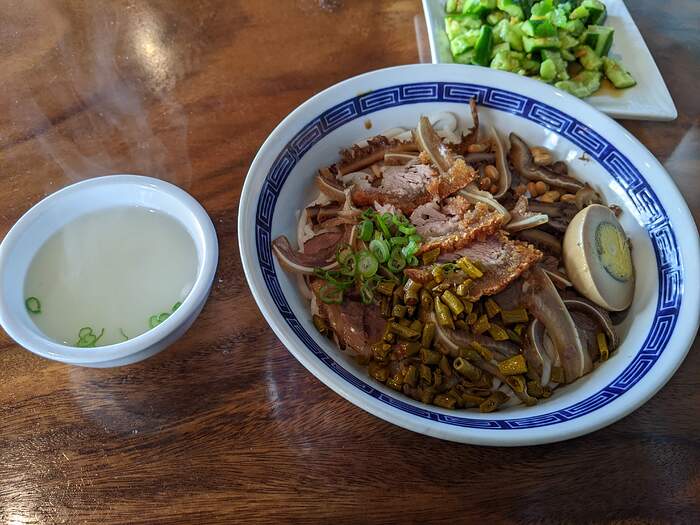 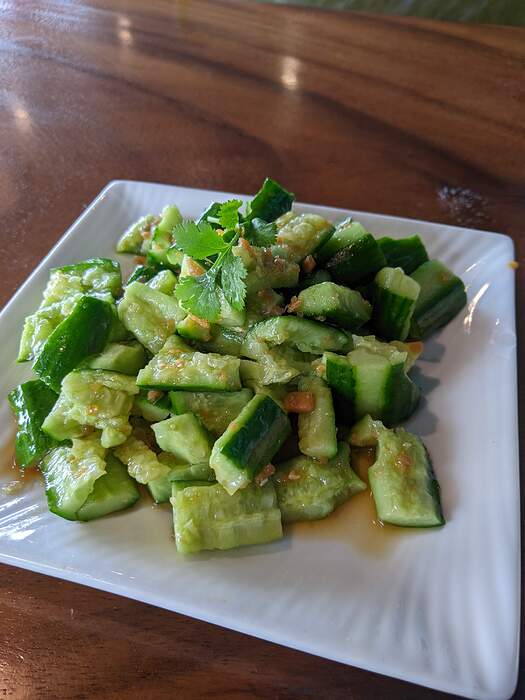