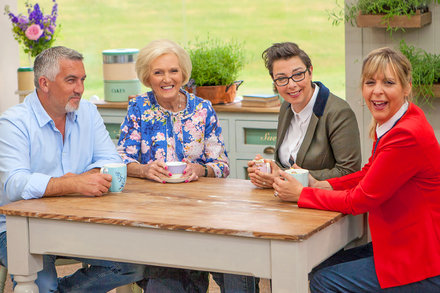 Season 6 of the series, whose most recent finale was the most-watched show in Britain last year, will be the third season to air in the U.S.

Thanks for the heads-up! Fridays seem like a strange scheduling choice, but there are always repeats during the days that follow. Too bad that most American viewers loyal to the show already know who won.

Great news! The best I’ve heard all day.
Would a loyal fan mind telling me, a TV-illiterate American, how to watch other seasons? Is it on netflix (which I don’t have) or through youtube or something?

The cast, in case there’s confusion about PBS’s season numbering and whether you’ve seen it already. 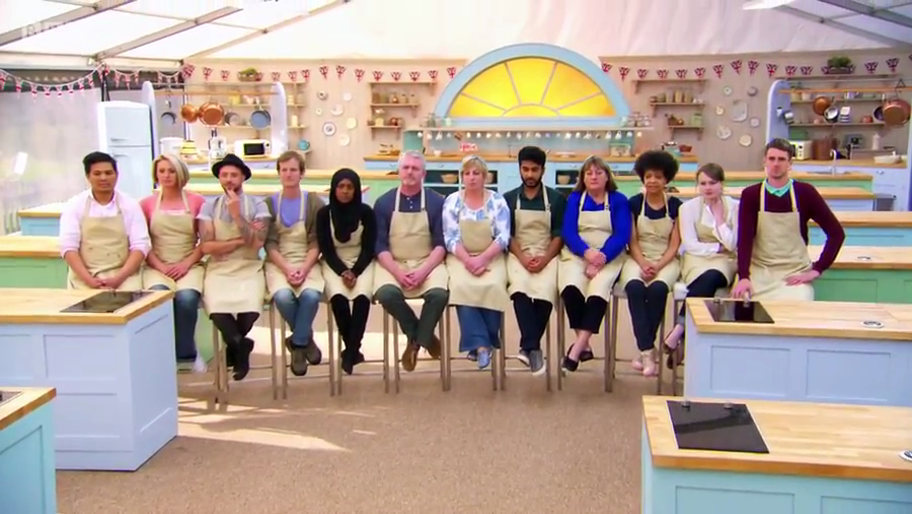 There’s a lot, if not all, of it on Youtube but the season numbers were changed when they aired on PBS because the show had run or the BBC for several years before it was imported to the USA. I think the BBC’s 4th = PBS’s 1st. Also, look for the BBC followup “An Extra Slice”. Only a few of those are on Youtube but they are very entertaining. Hosted by the acerbic Jo Brand, the show has panel discussions of the episodes, interviews with bumped bakers, and some impressive bakes from the studio audiences.

We watched season 1 (original numbering) episode 1 on youtube last night, and were actually very impressed with the quality of the picture. Also, no ads whatsoever on the youtube post we found (simply clicked on the first one that came up with a search for British Bake Off season 1).

I’m liking this “new” season - British 6th, American 3rd. I’d never heard of Madeira Cake. Said I to myself, “looks like a pound cake”. After a bit of googling, I learned that it IS what Americans call pound cake - lemony, topped with candied peel. No Madeira IN it - it’s called that because a glass of the wine is a traditional accompaniment on the right side of the pond. GBBO is Exhibit A in support of the assertion that Great Britain and America are countries separated by a common language.

There’s lot of talent, and I’ve agreed with the judges’ decision as to the two eliminated thus far. I’m surprised nobody is posting about it on HO.

I don’t bake . I dislike food competition , But I really like this show and mainly the constructive criticism to the bakers .

I tuned in to my local PBS station (NYC) on July 1 only to find that it wasn’t on. After a little searching I discovered that it was on Sundays at 4 PM. This may be true in other locales too.

FYI, according to the show’s website, PBS will be airing two episodes this Friday: Ep. 03 Bread and Ep. 04 Desserts. So you may want to check your PBS schedule. 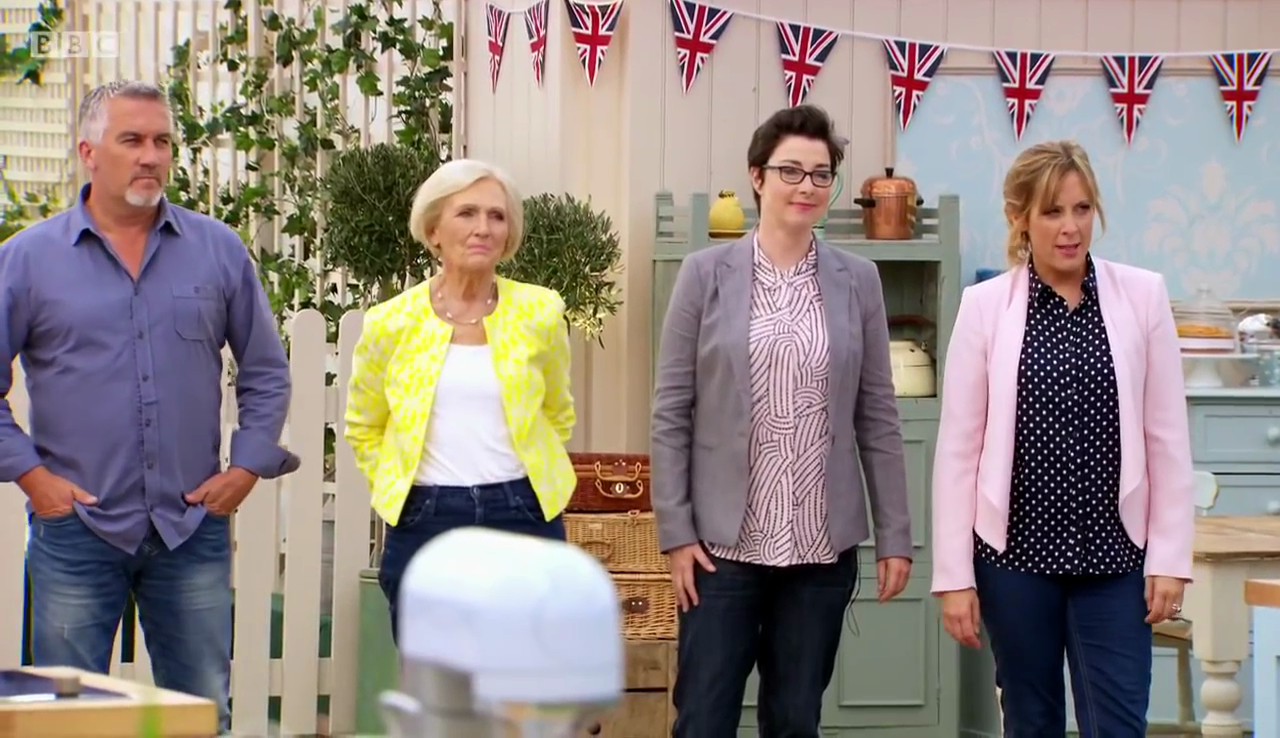 The PBS channel on my Roku & Apple TV have the first 4 episodes of season 3 available to view any time. I love this series, so excited to see a fresh new season!

I am finding that the bakers in this new season, so far, are more equally matched than in the previous shows available in America. The least able ones are gone now, save for one, and it seems like any of the other seven could win. I know who did, and at this point, would not have expected that result. I really love this program!

As far as I know, there has yet to be a cookbook based on the show, but some of the recipes are available online, with both U.K. and American measurements: http://www.pbs.org/food/features/great-british-baking-show-recipes/