I don’t think I’d pay to watch it but would watch for free.

Does this qualify as an Irish specialty milk shake? 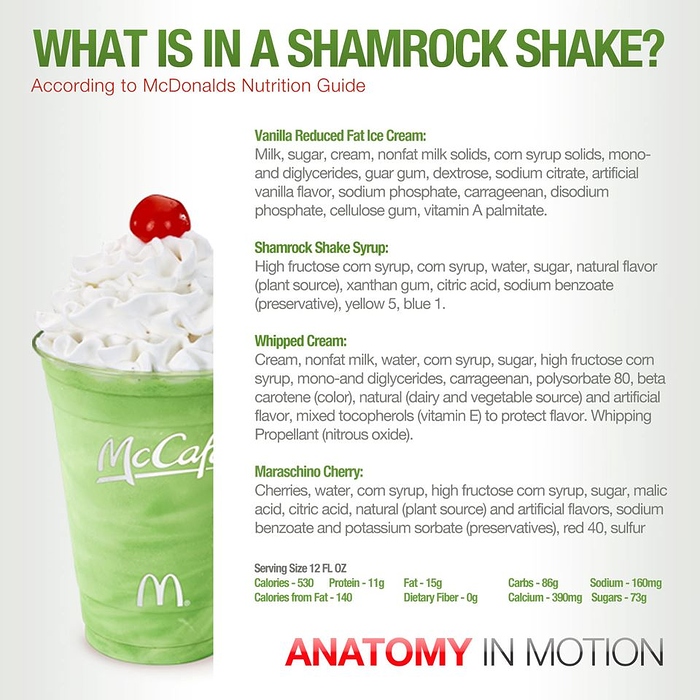 And if so, why is it being served at a Scottish restaurant ?

Having been filmed for a reality TV show

Nah. You can’t just toss that in here and expect to get away with not spilling the beans over the details. Here or Oz? Food show or not? Etc?

@Harters, perhaps you can enlighten us, what goes into a traditional British mini-specialty milkshake ?

Beats me. I recognise the words “traditional British” but “mini-speciality milkshake” is just total bollocks. As I understand it (and it’s confirmed by the always accurate Wikipedia), milkshakes are an American invention.

FWIW, I tried a milkshake once. It was at Goolrick’s Pharmacy in Fredericksburg, VA which is an old fashioned drugstore and soda fountain in the “historic district”. I didnt like the thick texture or the overly sweet sickly taste and have never been moved to try it again - whether in America or as an import in the UK

His UK shows portray a much different person than the US shows – even those (like Kitchen Nightmares) that have the same premise in both countries. Yeah, he gets angry, but it seems to be a way to get the attention of folks who ask for his help and then refuse to listen.

I also have to say, Petrus (in London, in case he’s cloned it elsewhere) is one of the very few celebrity restaurants I’ve visited that lived up to the hype. It was delicious, regardless of whose name is associated with it.