Mrs.Jimbob and Daughter.Jimbobs are getting a little cooped up in our quarantine house. We made reservations at a B&B in North Adams, MA. We’ll be there around the New Year’s holiday, which may create some challenges in terms of restaurants being open between quarantine and holidays. Any of you Onions have any thoughts on good restaurants to try in that nook of the Berkshires? (We have no particular dietary restrictions, game for just about anything tasty.) Thanks!

A bit south of Williamstown, but worth considering is Blantyre which has a pop up from chef Daniel Bouloud (https://blantyre.com/boulud/)

My only experience in that immediate part of the world is the Gramercy Bistro, which is on the site of the Museum of Contemporary Art. We had a decent enough lunch there in 2018.

Further afield, on that trip, we enjoyed meals at Nudel in Lenox, Chez Nous and Alpamayo both in Lee, Once Upon a Table and the Red Lion, both in Stockbridge

We made a similar trip back in August and enjoyed pizza from Hot Tomatoes in Williamstown. The white clam was almost as good as the original Pepe’s. They also have a bar area.

The other big draw for us was outdoor dining next to the river, which may not be as much use in January.

We also had a pretty good meal at the Bistro in July of 2019. And a really good breakfast at the Spring Street Market and Cafe.

I’ve been to Hot Tomatoes as well in trips out that way and it was quite good.

for low frills but classic in North Adams there’s always Jack’s Hot Dogs which has been there since 1917. There’s actually a hot dog circuit out that way with Teo’s in Pittsfield and Hot Dog Ranch in North Adams.

I have in the past driven to Williamstown via Route Two and there used to be a Polish food trailer in Gill along the way but it has apparently morphed into a Mexican food place called Cielito Indio. That’s too bad (though maybe the Mexican place is good?) because they had great pierogis.

Hot dog! Thanks for the low frills targets for our next jaunt out that way; partner is a fan.

Will keep an eye out for the Mexican incarnation of the Gill food trailer. Given the surnames I’ve seen on mailboxes and farm stands I figure there must be more Polish food sources at that end of the state. I do have Mom’s recipes to fall back on but it’s also nice to have someone else do the cooking, especially after this year.

Hot Tomatoes opened when I was in college at Williams in the late 90s, and it was so head-and-shoulders better than any other pizza available that it quickly became my parents’ standard birthday gift from home. I have many fine memories of spending birthday money on pizza for the whole dorm. Glad to hear it’s still a good option. (years later, they managed to mail me Kupel’s bagels in grad school in Colorado. Once a foodie…)

I feel a bit guilty for not chiming in earlier since we were in North Adams 2010 and 2011 and then every other year since 2013 for Solid Sound (and before that, B and I had visited about once a year going back several years). However, we generally don’t visit North Adams for the food. And I don’t have recent experience to help you @DrJimbob. The Mohawk Tavern underwent a beautiful renovation so it’s no longer a dive bar but I don’t think they have food (?). The Italian place next door was very accommodating for us and our 3 or 4-ish year old. Public was our go-to for something nice. The beer place in the courtyard leading to the museum entrance, Bright Ideas, is a fun place for beer (no food). Jack’s hot dogs as previously mentioned is an (well-earned) institution.

Just by coincidence, my hubby gifted me/our little family of 3 a MassMOCA membership for xmas so we will definitely be heading out west soon but probably not before NYE to provide you any intel.

@DrJimbob If you are staying at Porches across from MassMOCA, friends of ours stayed there this past fall and it was quite a different experience from their previous stays there (I’ve only stayed there once about 15 years ago). A bummer for them was the watered-down breakfast service and the closed down outdoor heated pool (I think but can’t remember).

We headed out to North Adams this past weekend for the Jeff Tweedy/Nels Cline show at MASSMoCA on Saturday. We ate quite well, trying 2 new-to-us places.

Friday - We head out after Spring Onion’s camp day and stop at a favorite place, The People’s Pint, for some snacks and an early dinner for SO. I think last time we went out west, it was closed due to COVID but it was most definitely open and hopping at 5 pm with a happy hour crowd (happy being the operative word). SO loved his mac and cheese and B and I thought we would just get a few snacks to hold us over until a more civilized hour for dinner, but we ended up being stuffed on nachos with pulled pork, a decent-sized hummus plate (needed a bit more salt, which we added), and a bavarian pretzel (puffy and delightful, but then again, I love pretzels in any form).

Saturday lunch for SO was from Jack’s Hot Dogs. We’d never ordered the fries before and did this time - we were pleasantly surprised that they were hand-cut (and delicious). We took his food to our lunch spot, The Break Room, which somehow kept flying under my radar. We made it just in time for lunch (which ends at 2 pm and then they close to prep for dinner). B got the falafel wrap (delicious, with awesome pita but the falafel got a little soggy from over-saucing). I saw the rice and veggies burrito and I wasn’t sure what to expect, but the kitchen coaxes out a lot of flavor from their ingredients. Herbed rice, veggies, and artichoke tapenade, all tightly rolled up in a flour tortilla (but still managed to be on the messy side). I could only eat half. Both our of meals came with the best crispy “fries” and a small salad dressed just right, with a tart/fresh vinaigrette. Dinner was a thin-crust pizza from Ramunto’s (we were still pretty full from lunch, so that was mostly for SO).

Sunday we headed home and stopped at Magpie Pizza in Greenfield. SO got a wonderful bowl of linguine and meatballs (I tasted the sauce and found it just the way I like it - not too sweet but just tasting like freshly-crushed, barely doctored good tomatoes) and B and I split the shrimp scampi app, broccoli rabe (a little skimpy sized), and a white bean puree pizza (could use a little more charring and LOTS of arugula…almost too much but we both do love our greens/salad so we were happy). Again, every dish was just what we wanted. Great little beer and wine lists, friendly service, and a chill atmosphere (at 3 pm on a Sunday). Both the Break Room and Magpie are now in our North Adams/Berkshires rotation. 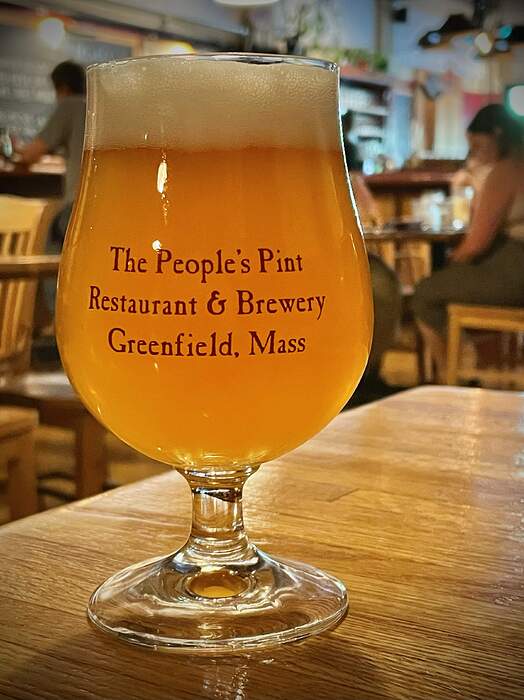 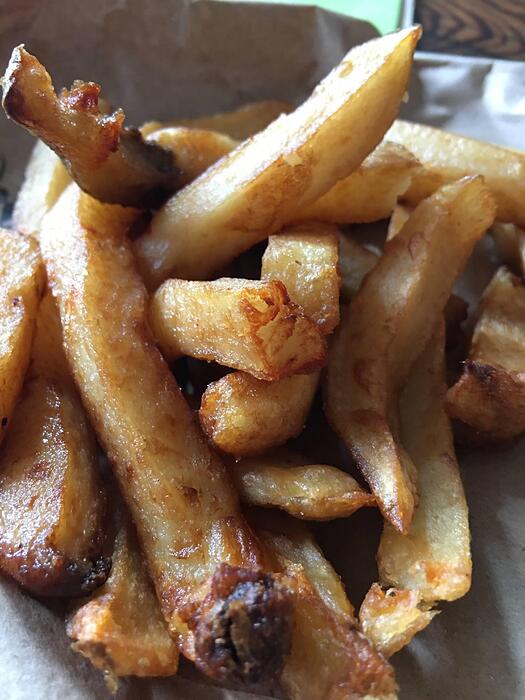 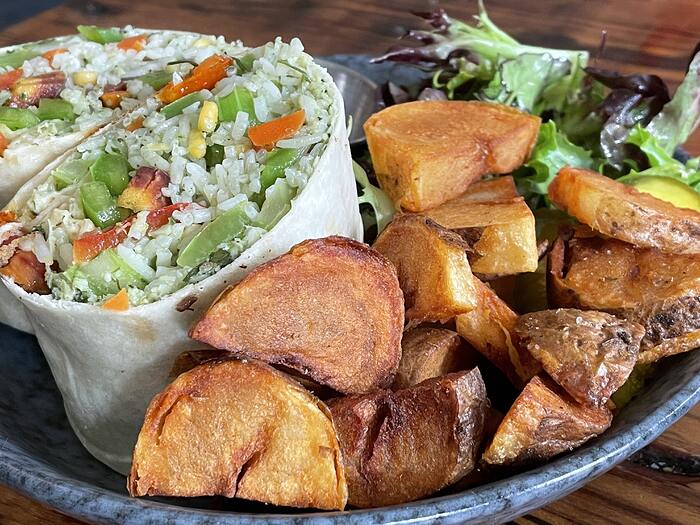 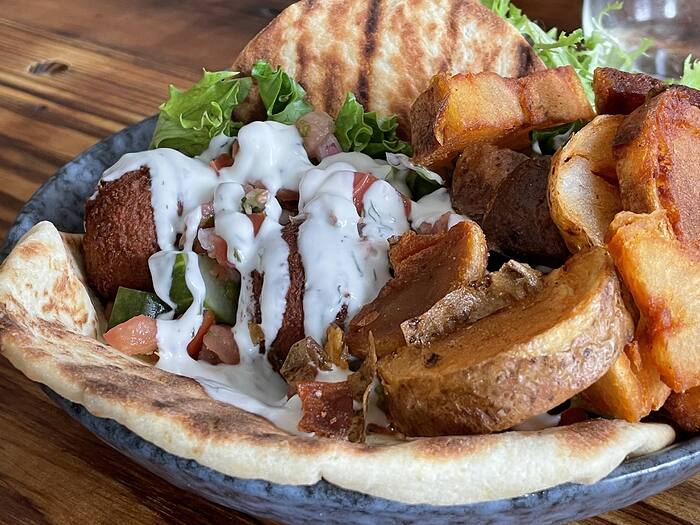 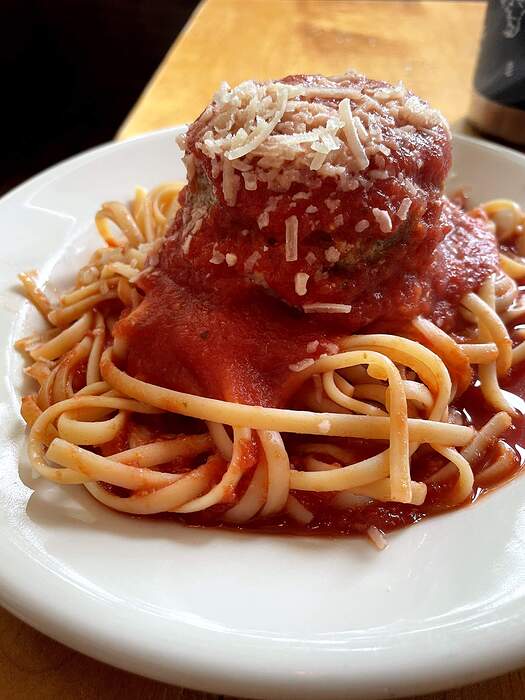 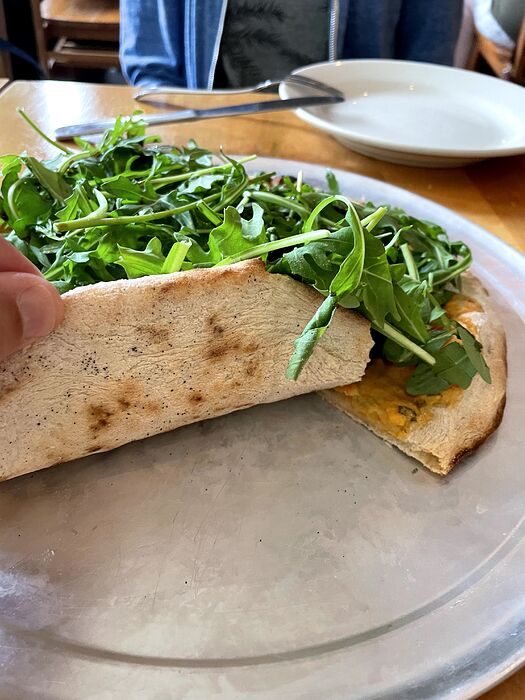 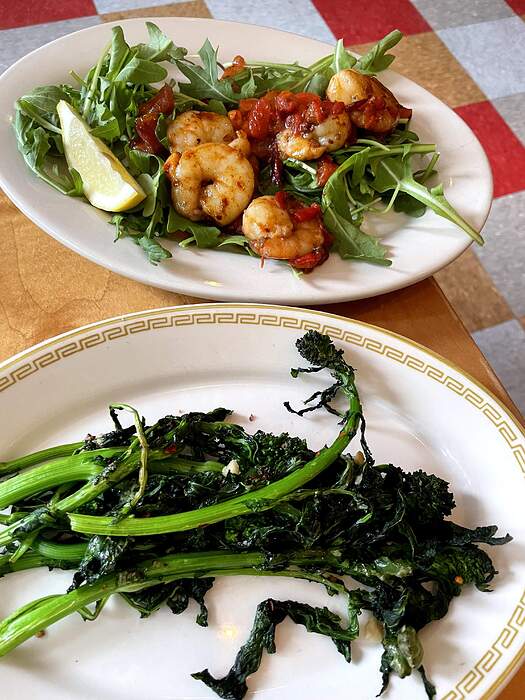 Thanks for the intel, we are thinking of heading out that way this fall.
The Breakroom and Magpie’s both sound good.

We were originally going to stop in Shelburne Falls on our way home to try Hearty Eats, the kind of place that I used to love in my college days and still do but there’s nothing picky SO would eat there. I put his needs before mine (grrr) and luckily, we all came out winners with Magpie. Anyway, just throwing it out there if anyone needs a pit stop.