Ate lunch at this new Dongbei style place at 390 Main Street in Malden today. Seems like it’s another worthwhile entry into the burgeoning Chinese restaurant scene there, though there were at least some kinks.

I never went here when it was Harvest Hot Pot, so I don’t know if they’ve changed the setup. But it’s a nice clean smallish dining room, and it was pretty packed full most of the time we were there for lunch. The menu is mostly limited in that they don’t seem to also truck in the usual American Chinese/Cantonese food you’ll see at somewhere like Golden Garden–there’s just a handful (like 5) appetizers, a whole bunch of Chef’s specials that seem to largely be Dongbei in nature, some seafood items, some hot pot, some rice-dumplings-noodles and some bbq skewers. That’s about it.

It was just the two of us, so we only sampled three items. There’s some specials that looked really good–the pork and sour cabbage stew seemed very popular, and there were plates of shredded potatoes with chili and vinegar going around that looked great. I saw a plate of steamed blue crabs go by that looked fantastic. Lots of people were getting the hot pot and bbq skewers, as well. I was tempted to get the homestyle pig’s feet with chili sauce, but instead went for the crispy twice cooked pork aka guo bao rou. This was a pretty nice version of the dish, the pork was fried well in potato flour and the sweet-sour sauce had slivers of lemon peel and sweet crunchy carrot. We also got a cold appetizer of steamed eggplant with garlic which was quite good, studded with lots of garlic and sesame seeds. Last up we had the classic potato-eggplant-pepper dish, on the menu as “vegetarian three treasures” here. It’s an OK version, though I liked the one I had at Golden Garden last week better. This one seemed a little oily and less flavorful, but not bad.

The meal was mostly fine overall, though there was some service inconsistency. They have a really young staff who were clearly working quite hard, but they didn’t seem to have things working anywhere like clockwork. We got our app, then waited for a while and got the potato-eggplant-peppers, and then waited a really long while for the crispy pork. I think they were struggling a bit with the full dining room, it seemed like some other people in the room were waiting for checks or haggling about what they had ordered. But since they’re just opened, this seems entirely forgivable. They were definitely trying hard and were pleasant servers, so I’d say chalk that up to not having it all together just yet. The food we tried was quite competent and there’s other items on the menu that look interesting, so I’d like to go again for a followup.

One thing of note though is that since they have the limited menu, they do have a bunch of things that are available as $7.95 lunch specials Mon-Fri that look pretty interesting. (Peter Sward signal flare!). You can get the pork and sour cabbage stew, vegetarian three treasures, Dongbei style spicy clams, shredded potatoes with chili and vinegar, egg omelet with pepper and a few other things for lunch with rice for that bargain price. That seems like a great deal, to me.

Was the twice cooked pork belly? This is definitely on my list. Thanks for the write-up.

Was the twice cooked pork belly

no, the Dongbei version of this dish is quite different from the Sichuan style–it’s more like thin strips of cutlet battered + fried crispy, with a sweet and sour kind of sauce. It’s very good, but not at all like the pork belly + vegetable style you’d get somewhere like Sichuan Taste.

And I don’t have my menu in front of me, but I do think this is also something that’s available as a lunch special during the week.

@passing_thru,
Thanks for making me aware of this place. I stopped by for lunch today and had two really good dishes from the lunch menu. This looks like a weekly stop until I have finished the menu. Very friendly staff. No website and no Social Media presence at all. 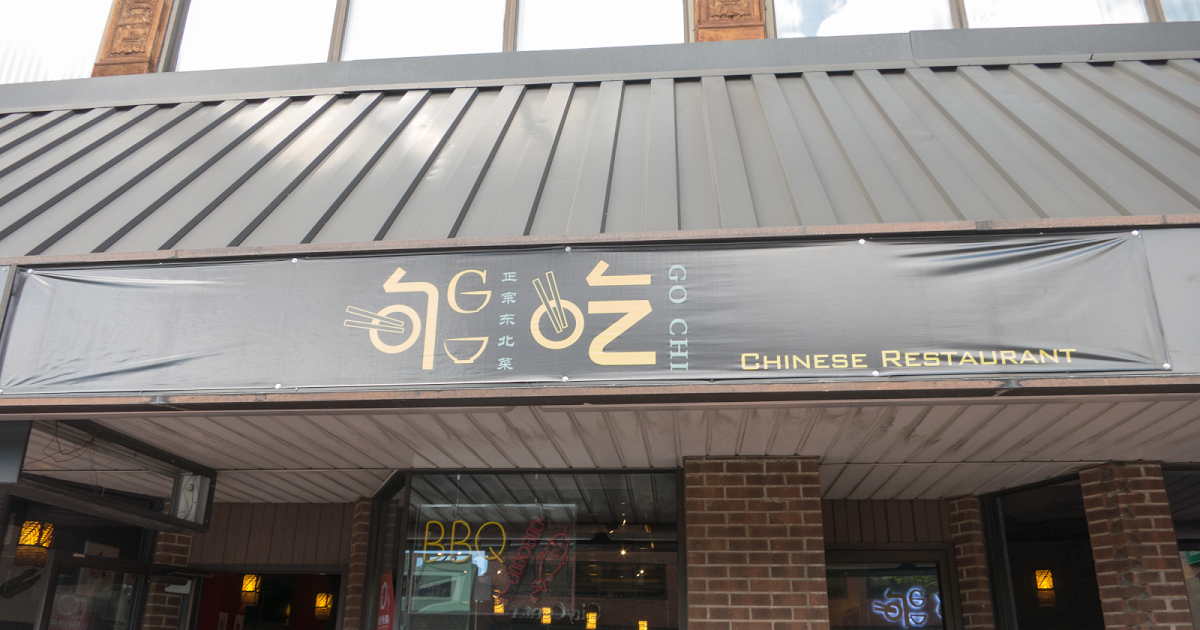 Go Chi in Malden opened very recently in Malden Center. No website. They do mainly Dongbei cuisine so no beef and broccoli on the menu. ...

glad you liked it. need to get back myself to try what you did–that potato dish especially looks great. and when i was there, everyone seemed to be ordering that stew. this place is really promising.

Went back today and had the Dongbei Style Spicy Clams, Sauteed Tender Pork with Green Peppers and Chongqing Style Chicken, all from the lunch menu. I would go back for each of them. All were different but very very tasty. 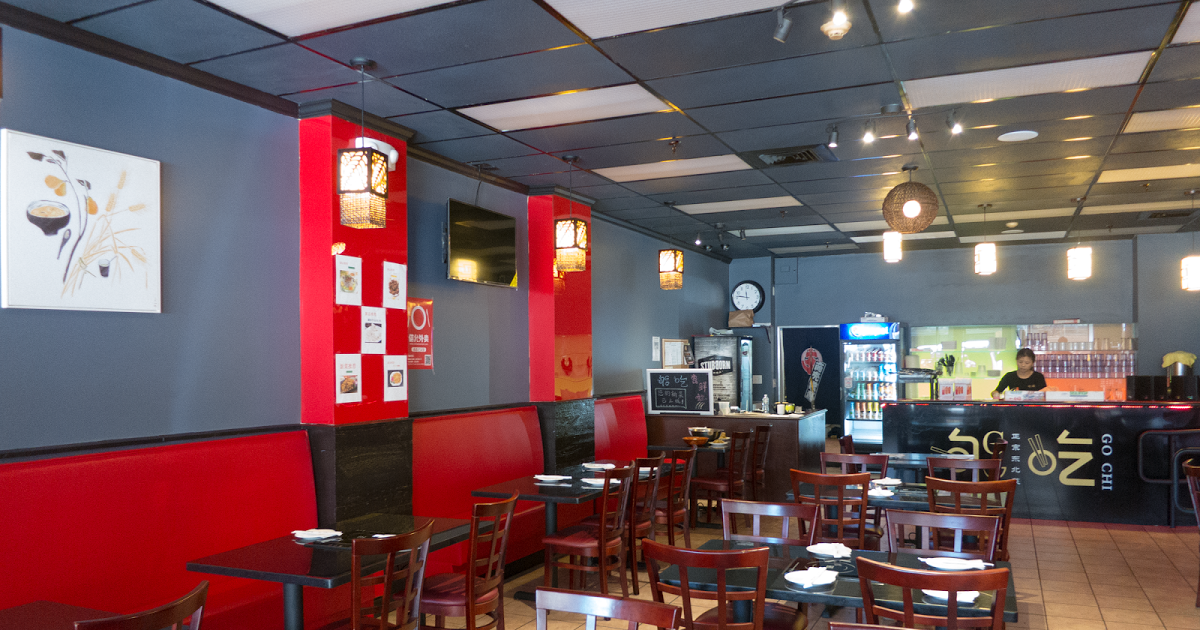 I had to go back to Go Chi in Malden after my first  excellent lunch there recently. They only had a few customers at lunch today. ... 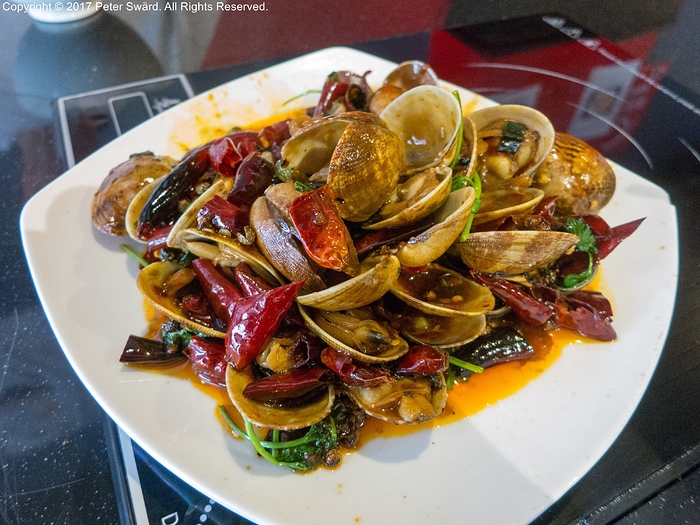 I had the twice fried pork today that was very good. The description on the menu is a cut and paste from the web and it’s not accurate. The pork was loin and the sauce was completely absent.

I had the twice fried pork today that was very good

Huh, that dish from the pic on your website looks a lot different than when I had it in April. My version had no greens at all, very finely slivered carrot and lemon peel and plenty of sauce. Seems like it was cooked by someone totally different.

They have updated the menu, and most of the glaring mistakes and the descriptions that were cut and paste from another website are gone. The menu has expanded, and they still have the $7.95 lunch specials.