While most of the major styles of Tacos are represented in the City of Angels, reading about Tacos de Puerquito Horneado (or, Suckling Pig Tacos) from Eater LA was venturing into uncharted territory. We had never heard of any local restaurants or taco stands selling Suckling Pig Tacos and it looked amazing, so a visit was in order. 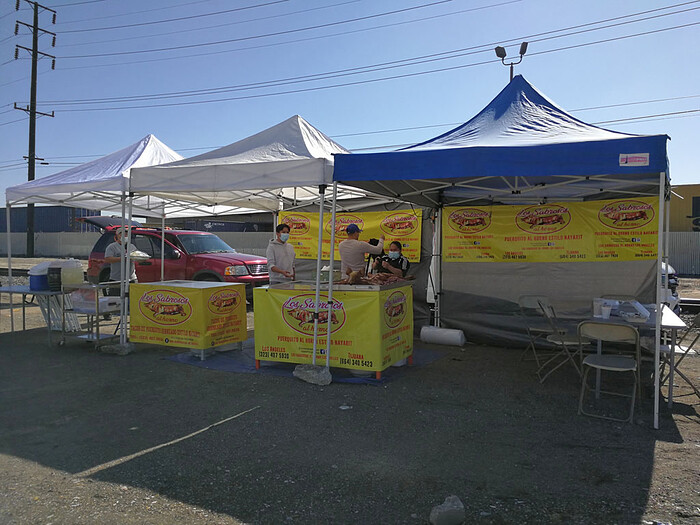 Los Sabrosos al Horno is a Suckling Pig Taco specialist opened up by Owner David Delfin. Speaking with David and his son, this is a specialty of their hometown of Acaponeta, Nayarit, Mexico. David believes it might’ve originally been a recipe from Russia, brought over to Nayarit in the old days, but it’s since developed into a hometown tradition.

Delfin and his family started making this in his hometown in Acaponeta, then to Tijuana, and finally to Los Angeles. As we arrive, the Suckling Pig is brought out and looks amazing! 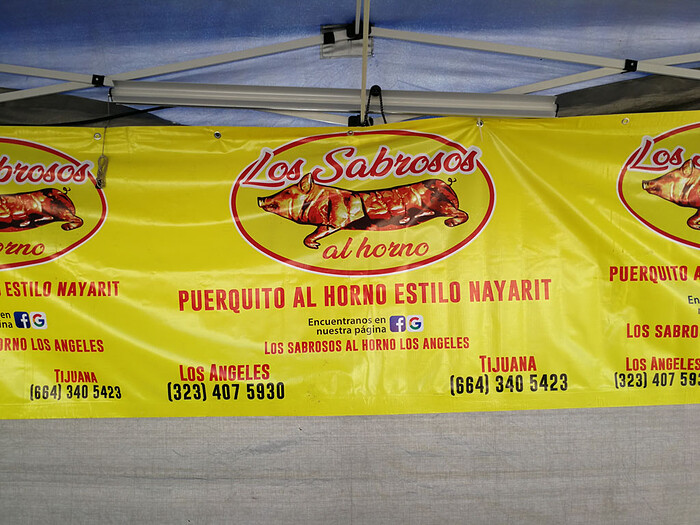 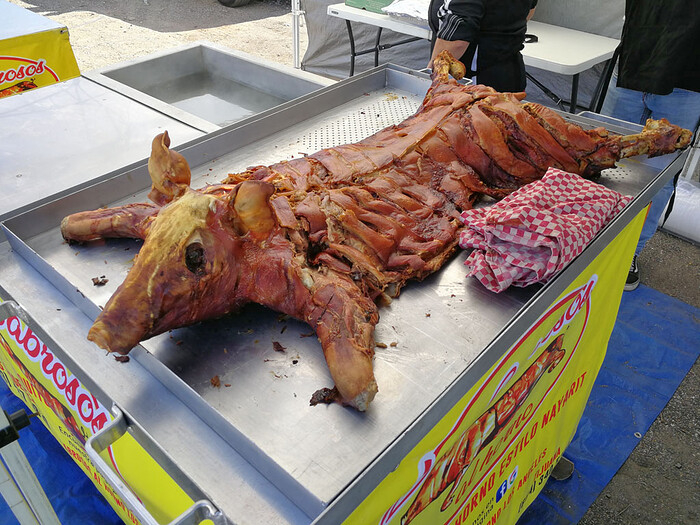 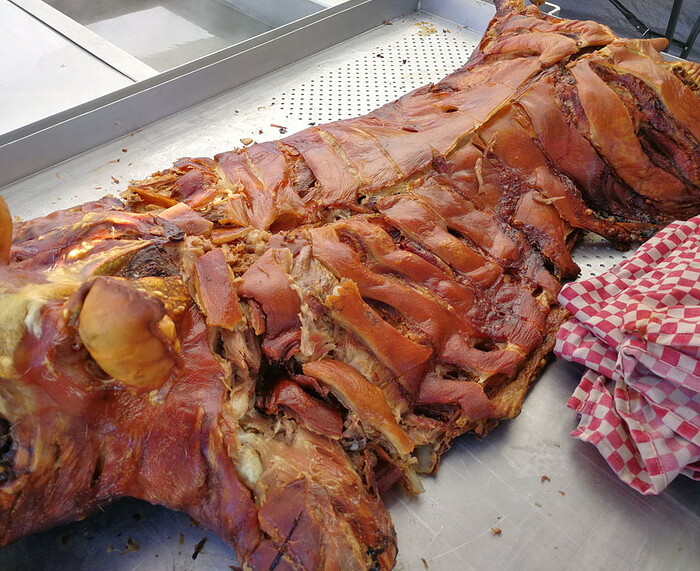 Owner Delfin slow roasts the Suckling Pig for almost 5 hours before it’s ready to be served. They then start to break down the Roasted Suckling Pig, preserving the crackling, crispy Roasted Pork Skin on the side, and then hand shredding the meat. They have a steamer that’s running on this serving table that’s constantly gently steaming the meat that’s chopped up in batches, ready to serve in Tacos. We’re drooling. 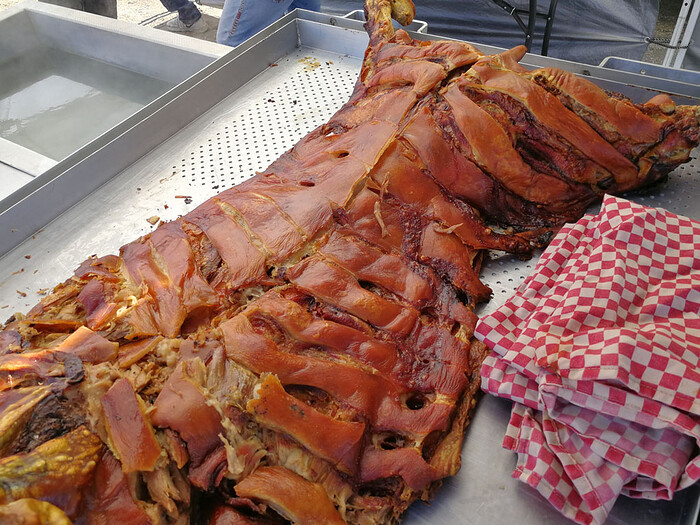 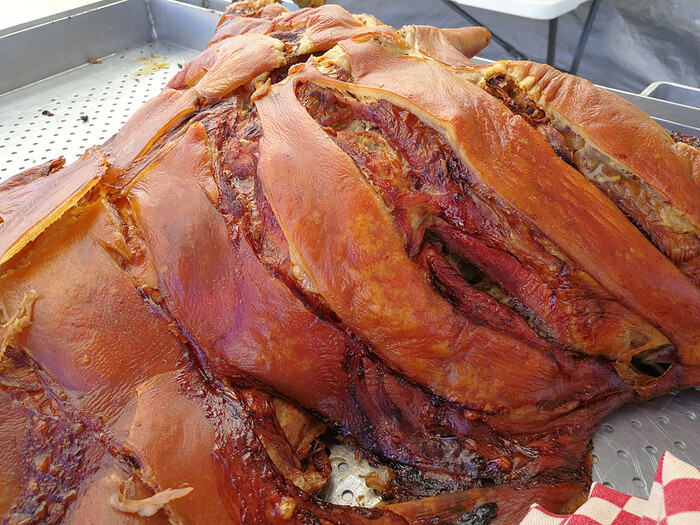 But first, a try of their Nayarit specialty Agua Fresca: 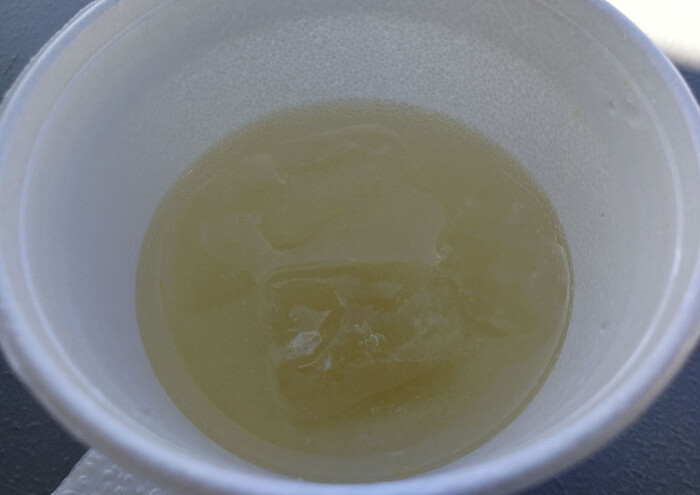 Owner Delfin talks about “Nanche” which according to Google is formally known as Byrsonima crassifolia. David says it’s a sour Fruit that is common in their hometown, and they make it into a splendid Agua Fresca. The drink is actually not sour at all, lightly sweet, perhaps a touch of tart in the finish, but mainly a refreshing, fragrant, lightly fruity drink. 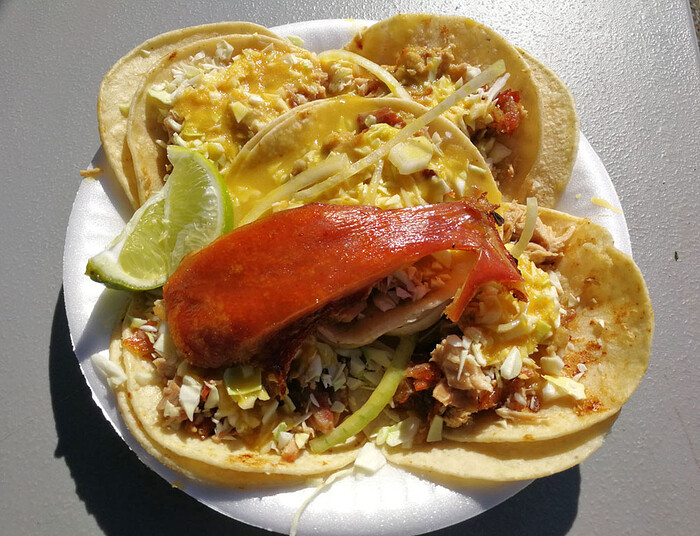 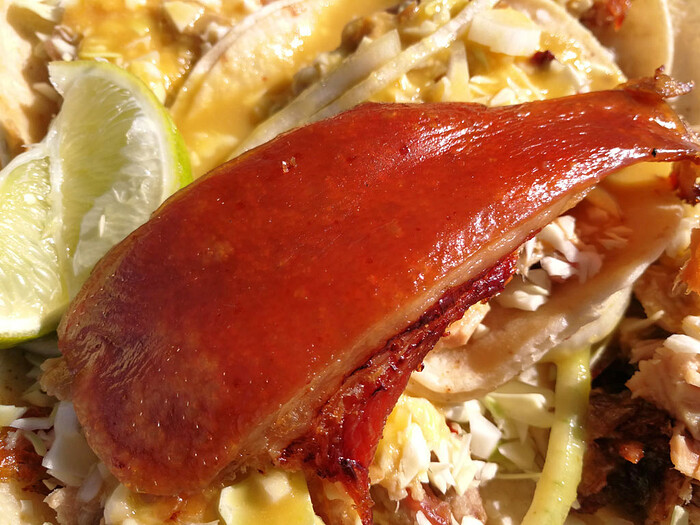 First, Owner Delfin and his son offer a pro tip: 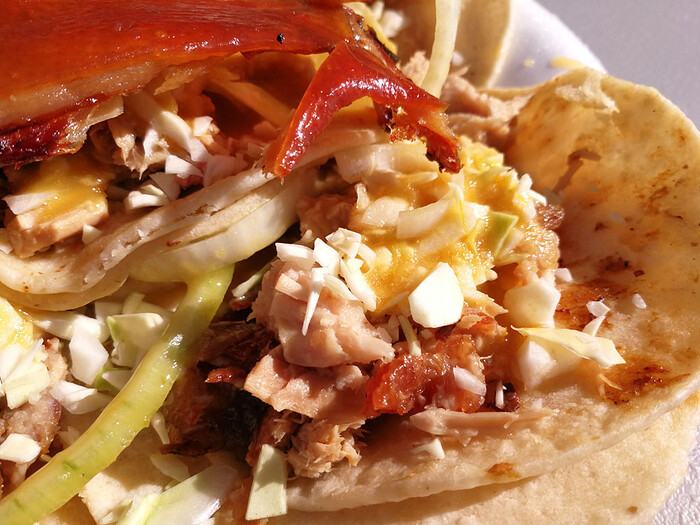 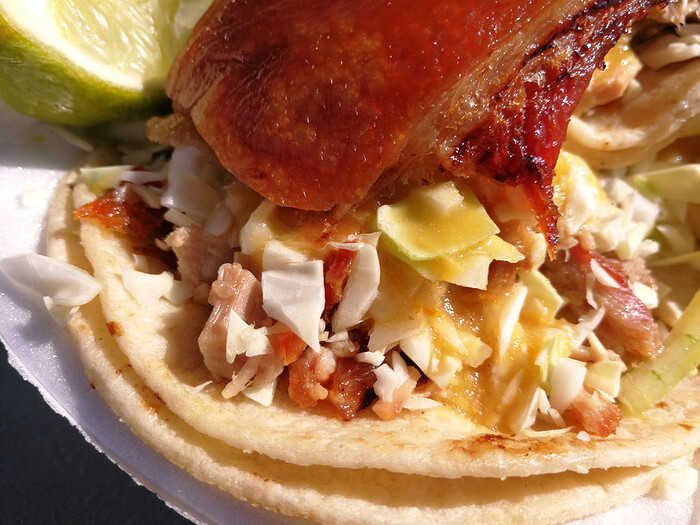 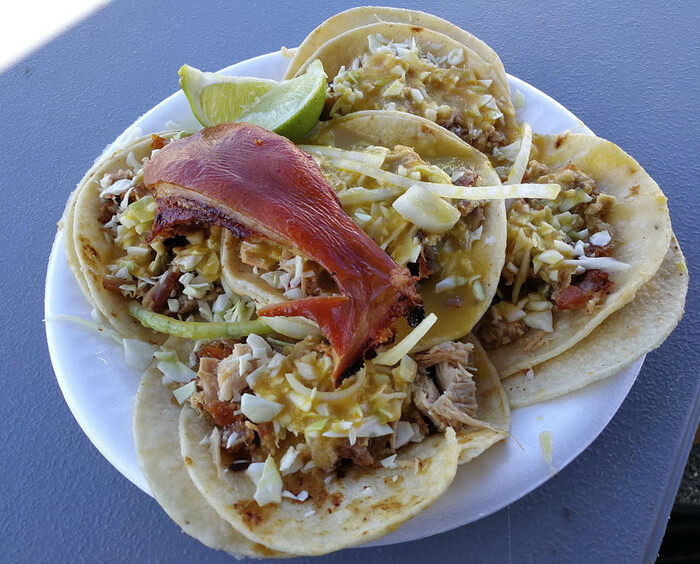 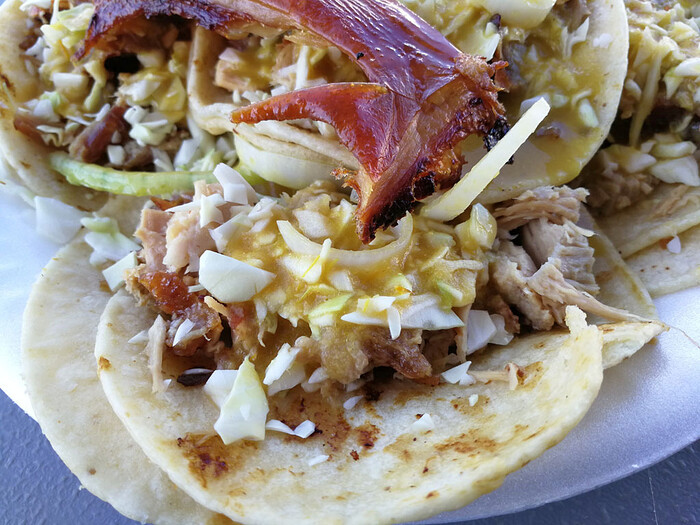 They also slather on a massive amount of their 2 Housemade Salsas - one of them, a Salsa with Mustard and Vinegar as the key ingredients, and the other is more spicy with Serrano Chilies - and initially it might look excessive, but they have seasoned it just right: The Mustard Vinegar Salsa cuts through the fattiness and livens up each bite, and the Serrano Chili Salsa is aromatic and enticing with a light burn.

Together, with the Steamed Tortillas, you have one of the most unique Tacos in L.A. right now!

Note: They are actually across the street from 4901 Patata Street (their side of the street is undeveloped land, just a dirt tract).

Note 2: Feel free to call ahead to make sure they are open / haven’t sold out. Owner Delfin notes that if it’s bad weather (rain, or heavy winds) they probably won’t open.

Thanks for the write up. Indeed a glorious piglet. Such great street food you have!

I’m not familiar, do they always slice the pig before roasting?

If by “slice” you mean those cuts on the outside / skin, I believe so. That’s what it looked like when they brought the whole suckling pig out.

Otherwise, they hand shred the meat after as orders come in and use a cleaver to dice it up a bit more, then put it back on their steamer for a final blast of steam & heat before serving. Thanks.

Thanks! I was curious about the cut, thinking that might dried up the meat when cooking, but you mentioned it was moist and tender, I guess slicing might speed up cooking or to marinate the meat.

I live in France, only in at a medieval festival here (meaning intimating middle age live style with dances, performances and food) they sold roasted piglet like this as street food.

Yah I was wondering about that as well. I know they did remove the Roasted Pig Skin / whole top layer, and set that aside, and then shredded the inside Roasted Meat. So maybe when they cut / removed the Roasted Suckling Pig Skin, they might’ve also taken any exposed Meat portions as well? I’ll pay attention more closely next time.

That’s neat to hear that they serve Roasted Piglet as well in France! But only in medieval festivals. Thanks for sharing.

For food cravings here in L.A., I wish we had great Mille-feuille like I had in Paris when I visited a while ago.

I wish we had great Mille-feuille like I had in Paris when I visited a while ago.

Now you mentioned it, I think in better pastry shops in Paris, lately I haven’t seen milles feuilles, I don’t know if it’s getting out of trend, the best ones are those with the cream infused with lots of vanilla grains (and the pod). I’m sure you can find in bakeries in L.A, I’ve saw some reports in HO on great French pastries.

BTW, i must thank you for your food posts, they are very detail with great photos. It must take you a lot of time composing each post. I don’t read LA posts systematically, but the few I crossed, I’m impressed.