We decided to try this place out. Recently opened in the same spot the Black Fig was located on Rt. 34 in Matawan (Maybe Old Bridge?)

We arrived at about 6:15 and they have happy hour until 6:30. We got 2 appetizers and 2 drinks for a few dollars off. The menu has a LOT of unhealthy options. Tons of fried stuff, a strange number or rolls that contain cheese and lots of sauces.

Appetizers (both happy hour pricing, I think $6-7 instead of the usual $9-10): Bang bang shrimp - Fried shrimp with spicy mayo dipping sauce. Good, fresh. No complaints
Sex Jalapeno - I mean… is this the real name?? - Fried, filled with cheese and some kind of fish. Honestly, it was tasty but NOT diet food.

We got sake/vodka/cucumber drinks that they honored happy hour pricing even with asking for Tito’s instead of the house vodka (7 vs regular 10).

Entrees: Husband got salmon teriyaki. Served with rice, veggies, salad and soup. The salmon was fried. I have no idea if that is typical. He said it was good but wished he knew it was fried and would have rather broiled or baked.

I got 2 appetizers as entree. Pepper tuna (happy hour special again). It was good, very fresh. And a sashimi appetizer of 7ish pieces of fish. This was the star (in more ways than one as you will see from the disco party it was served in). Fish was cold and fresh. I have no idea what that lone tomato was doing in there, but whatever.

Service was professional. No complaints. They have obviously spent money on branding. All the plates had the logo, matching uniforms for the staff, nice chopsticks, etc. We will go back but stick with straight sushi/sashimi. 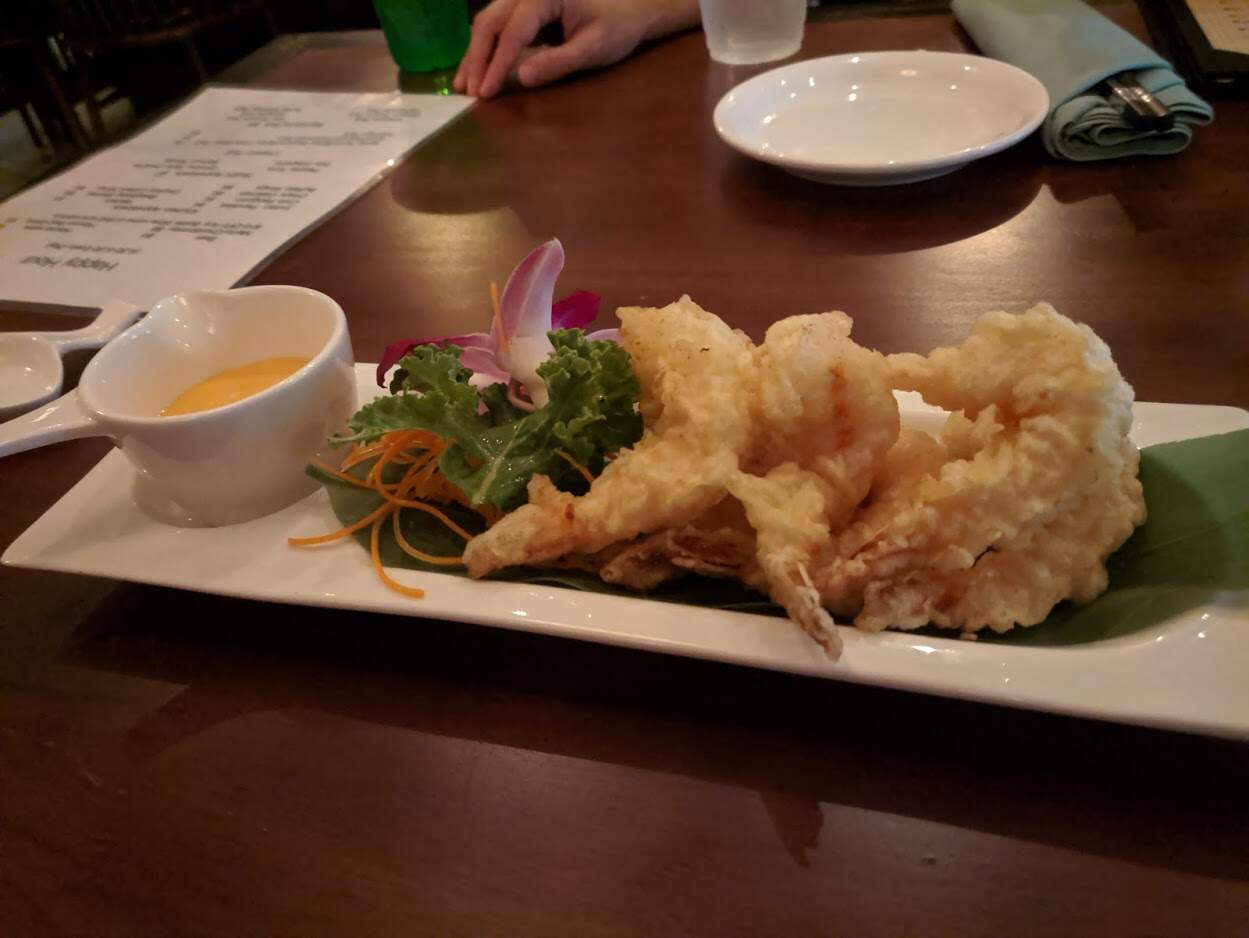 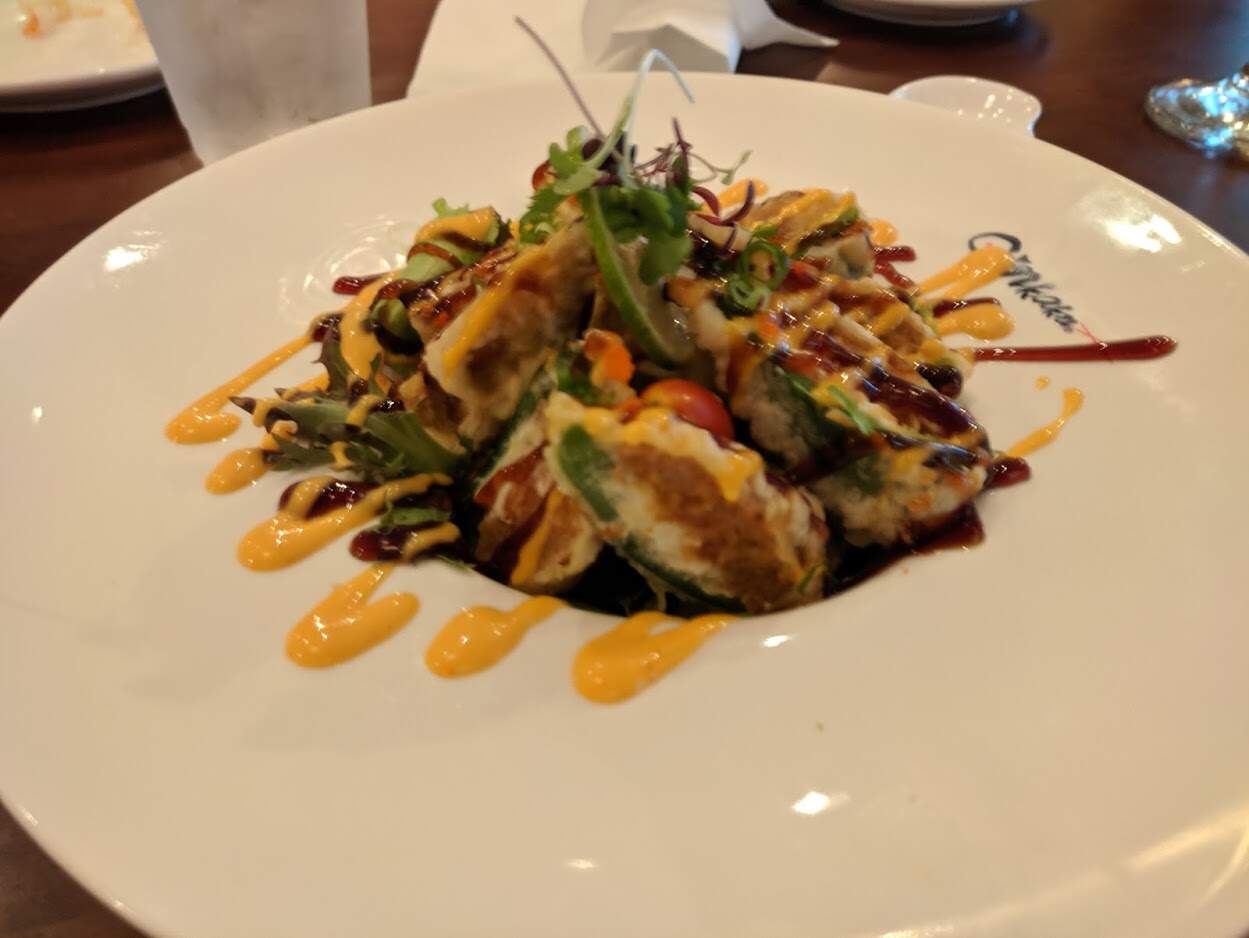 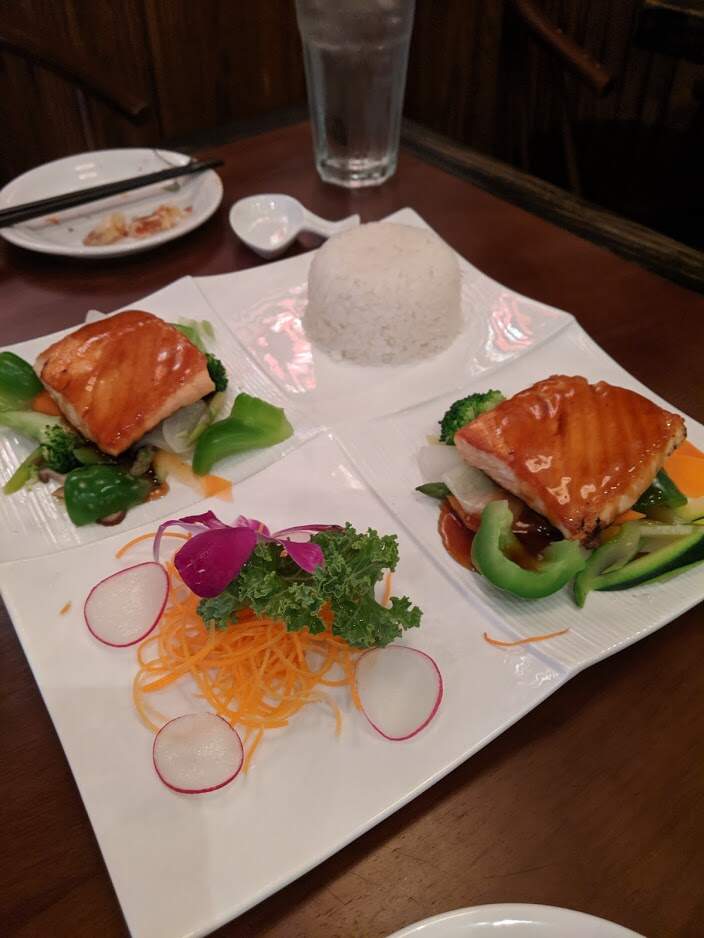 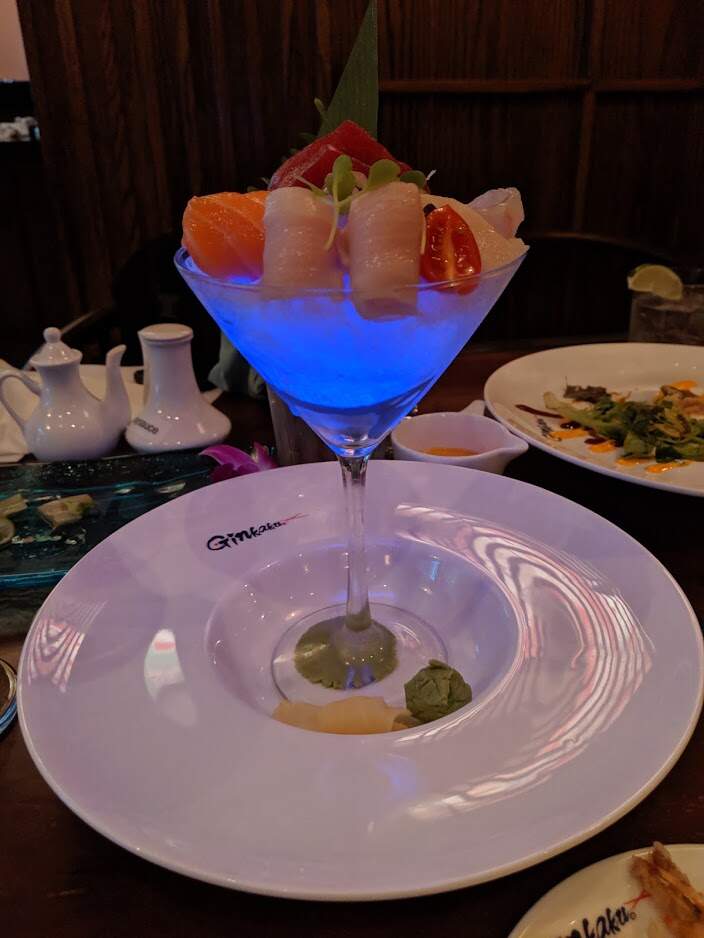