It’s been years since I’ve been here and I wonder why, it’s really terrific. I was in the area recently at mangiano time so decided to drop in, easier than it sounds since Westheimer in front of the poor place is all torn up. I vowed to come back in a few months when it’s finished and the patio weather is here, because the patio is a real beauty with tons of flowers crawling up the fence and completely blocking the street view.

This day however I did score a spot without getting a flat, and struggled to decide whether to have the bolognese which I know to be great or spaghetti carbonara which I had been craving lately. I envisioned olive oil, pepper, Parmesan and a farm fresh egg cracked on top of hot pasta. I went with the carbonara and salad.

Salad was the house with its signature house made Green Goddess and enough for two or more and always delicious. 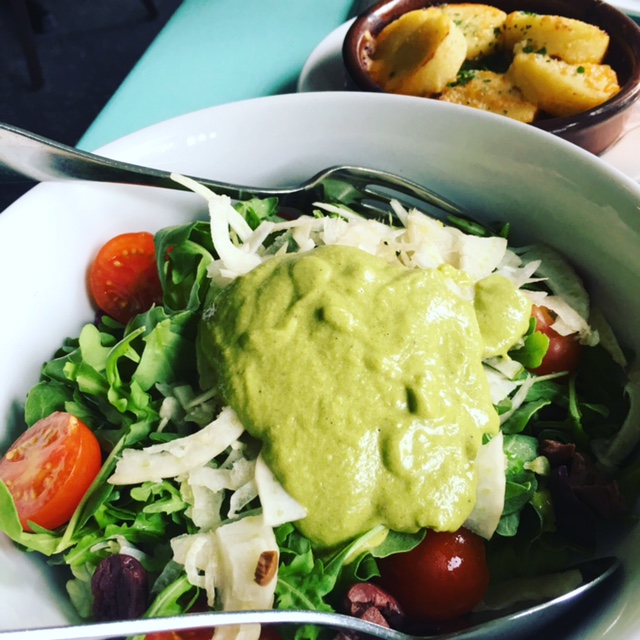 In the back of that picture you can see what looks to be biscuits of some kind, but was actually a half order of the gnocchi. This is not the gnocchi I’ve had there once before, traditional light as a feather potato pods with a creamy delicate mushroom sauce. Rather these had no potato at all but were seminola gnocchi. I didn’t order or try them. I’m a traditionalist.

I have to say, I was disappointed in the carbonara. On the menu it is described thusly:

Not so fast. There was no free range egg on top. There was some sort of cream in there, or more likely, some pasta water mixed with the parm and egg to make a watery creamy sauce. 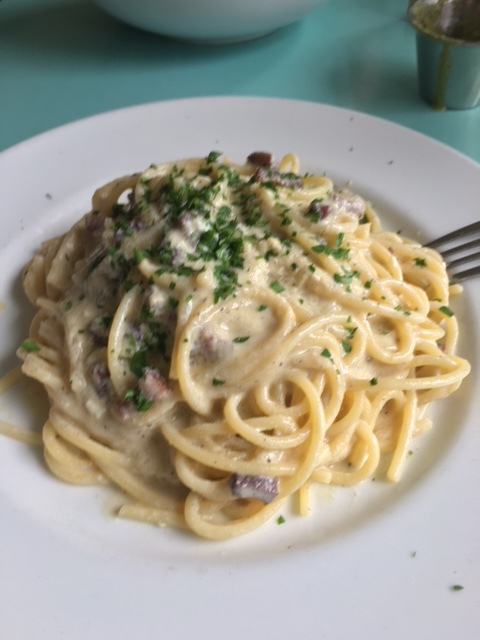 Meh. I won’t order it again. Coppa Osteria has that dish locked up. Even though they use cream, it is so much more cravey. Here is Coppa’s, it comes with a little pitcher of hot cream you can add or not: 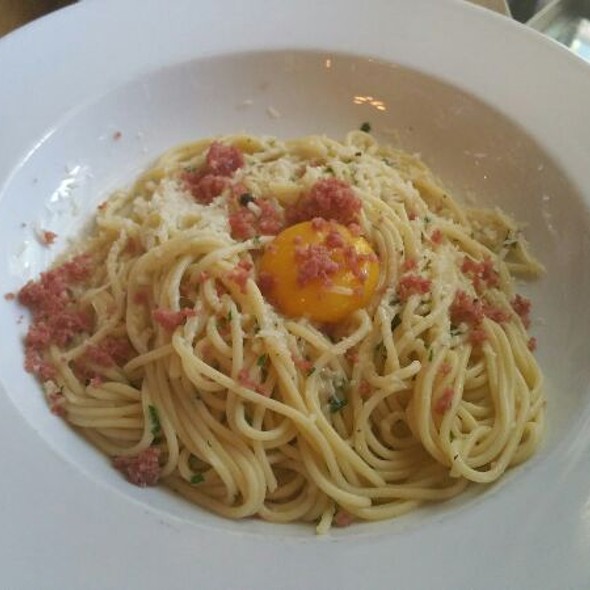 Anyway, back to Giacomo. A friend ordered the Pollo Guido from the secundi menu, or thought she did. That was chicken stuffed with proscuitto and mozzerella and other good stuff. What she ordered instead was the Pollo Giotto located just above it on the menu. What arrived was actually amazing. A marinated bone-in chicken baked in a cazuela with butter and sage. It looked a lot like a spatchcocked chicken cooked under a brick. Oh the crispy skin. 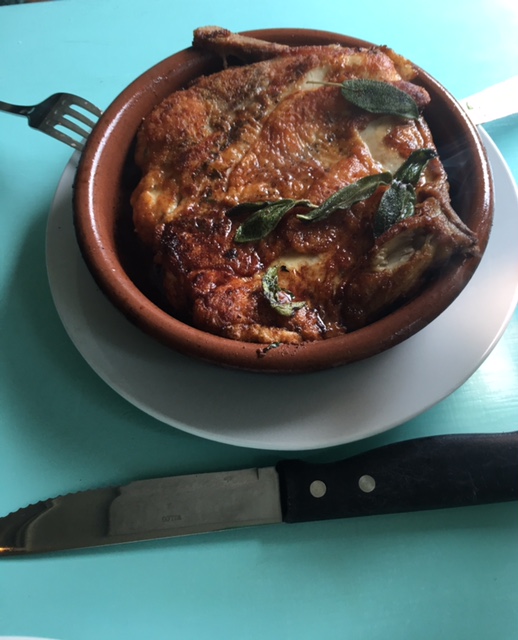 I didn’t really want to leave so I ordered the coffee granita, frozen crystals of espresso sandwiched by sweet cream. Really tasty and refreshing. 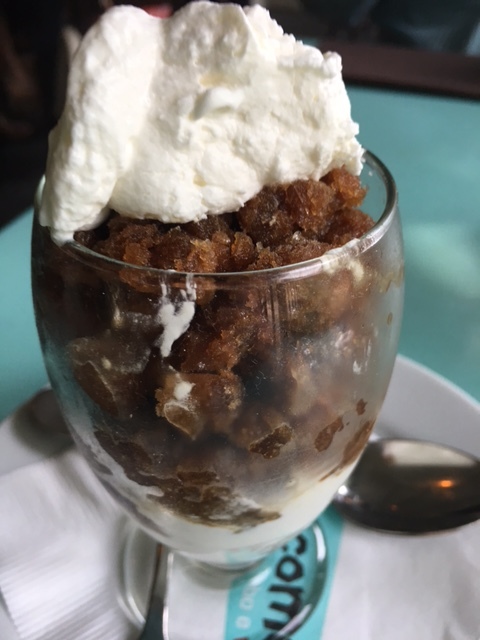 BTW, Giacomo is her dog. (Lynette Hawkins is the owner)

I don’t think a traditional carbonara has a raw egg cracked on top but is more like the presentation you received with the egg blended with the cream and cheese to make a silky sauce. It should NOT be watery however.

At least that’s what I would expect when I order it.

The REAL recipe has no cream. There may not have been cream here. I don’t know about the egg, but I do like to see it and mix it myself like the boss.