the other day we stopped by Gary Lee’s meat market in Brunswick Ga for the first time. Presented with a choice of brisket, ribs, chopped pork, chicken wings, half chickens, sausage and Brunswick stew, I paused to think a bit on the tradition of BBQ in Georgia and concluded that other than eating Brunswick stew in the place that (probably) incorrectly laid claim to the genesis of the dish, there really is no indigenous Georgia style of BBQ.

In fact, when I started eating southern BBQ fifty years ago, there was an epigram to the effect that there’s no good BBQ north of NC or south of SC. Of course, this is no longer true and I’d venture to say we have very good BBQ from Maine to Florida but I’m not the first to opine that Georgia doesn’t have their own style of BBQ. Anyhow, with a line building behind me, and conscious of the poster in the dining room stating “we speak Smith and Wesson”, I felt the need to make a quick decision. The owner, sensing my indecision, unhelpfully informed me “we are known for our brisket”.

Brisket, really? The hardest meat to smoke and hold? And what about Georgia screams brisket? I’ve never understood the urge to travel 800 miles to say Durham NC, ignore the 100 year old tradition of chopped pork and find a place that serves brisket. I get it, great brisket is hard to find but whole hog or shoulder cooked over wood is a dying tradition and I’m going to choose it over brisket every single time in NC.

At this point, I noticed the owner reaching for something under the counter and several very large men on the line becoming a tad impatient so I came to the only rational decision and ordered everything. The first meat we tried were the spare ribs, and, in a blow to my fragile ego, my wife declared them the best she’d ever had. I reminded her we had two trophies at home from bbq competitions specifically for ribs, she apologized but stuck to her guns. And man were they great, not in a prissy, over-manipulated BBQ competition way but big ribs, heavily rubbed and smoked, served without sauce, with a perfect bite.

Next up was brisket, which I asked to be cut from the deckle. I’d hate to have to judge a winner between this and hill country brisket. Again, the meat was heavily rubbed and smoked, perfectly cooked, just the right tenderness, a home run. Likewise the pork was just fabulous, with bark mixed in to the chop, moist and unctuous.

the chicken and Brunwsick stew were good but unremarkable and, unable to eat another bite, the sausage is sitting in our fridge. I didn’t really care for their tomato-based BBQ sauce but not sure why you’d sauce meat this good.

The market sits in an awkward location for our trips to and from Fl, we rarely eat lunch and it’s about 1.5 hours from our place. Still, with BBQ this good, I don’t see us passing up Gary Lee’s and it’s just a couple of minutes off of I95.

i guess i cant edit my op after some time period, hear are a couple of pbotos. 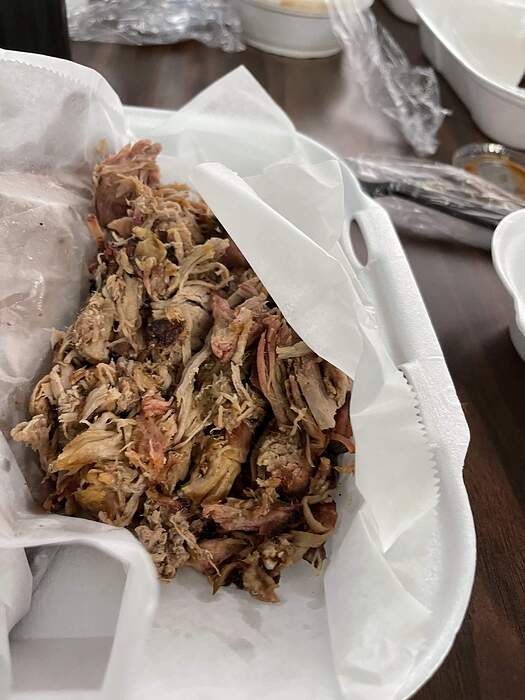 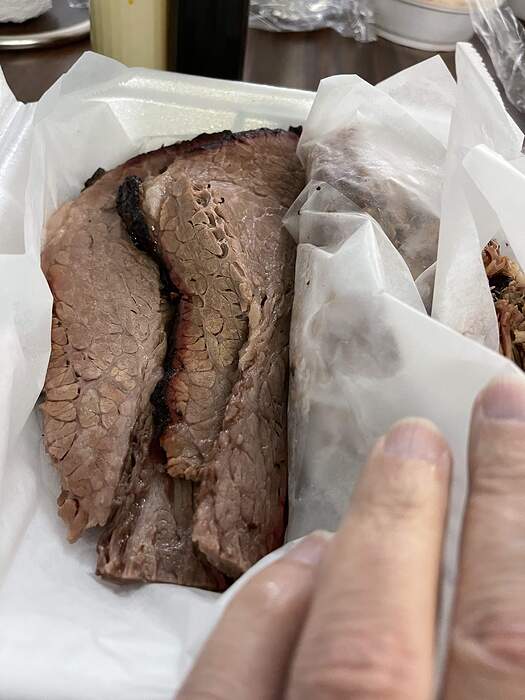