Originally I thought I was going to reply to the Far East Bay thread about Gan, a modern Korean restaurant that @hyperbowler mentioned that he wanted to try. But I think its food is deserving of its own thread, and I’d very much love to hear folks’ opinions of Gan.

Gan is almost a year old. Its chef-owner is Peter Jee-Oh Chung, who comes to Pleasanton with a resume. To quote Linda Zaforal from the Mercury News: The Korean-born, Alameda-raised Chung…found that his place was in a restaurant kitchen — at Jardiniere, Michael Mina and Oakland’s A Cote, then most recently as sous chef at Waterbar and chef de cuisine at Componere Fine Catering."

The restaurant is not big, with the tables spread out in the minimalist dining room. This is not the usual Korean joint in Santa Clara or Oakland. Instead its a cloth napkin, 18/10 dinnerware, and still relaxed, type of place.

This meal was a weekend brunch. So its not reflective of the range of the kitchen. But we enjoyed our meal a lot. We rarely go to Pleasanton, but we’d probably have to invent some excuses some day to try out their dinner menu. The brunch menu was divided into ‘Less Korean’ and ‘More Korean’ sections. We stuck with the ‘More Korean’ items.

Korean fried chicken and waffle with sweet chili sauce- I am not a waffle guy usually. The housemade cornmeal waffle was slightly sweet, paired well with the sweet chili sauce (which was not hot at all) and was a hit with the table. The chicken was fried well and the chicken was moist and well-seasoned. Personally preferred more dark than white meat but one could likely ask the kitchen about that. 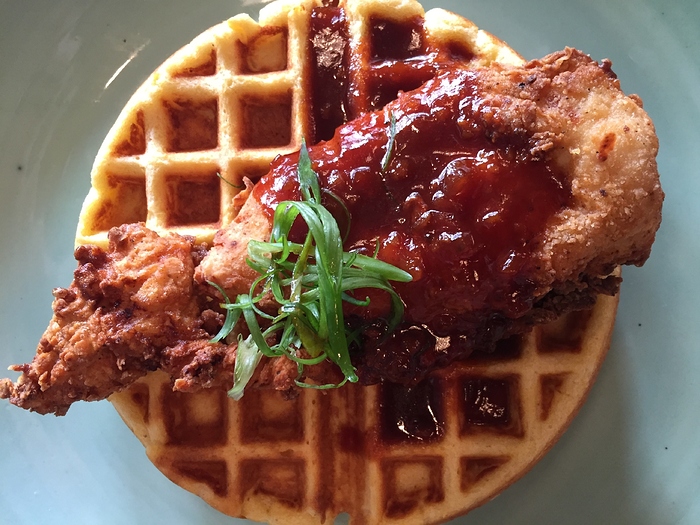 Wild Rice Jook and Setting- The jook/congee had a lovely mixture of texture with the soft congee contrasting with the slightly crunchy wild rice. The congee itself didn’t have much flavor. Instead the stronger flavored kimchee, runny egg seasoned with spices that my dining partner thought might be shrimp powder, mildly piquant (some sort of) pepper, etc. It’d be lovely if I could have that as breakfast at home every day. 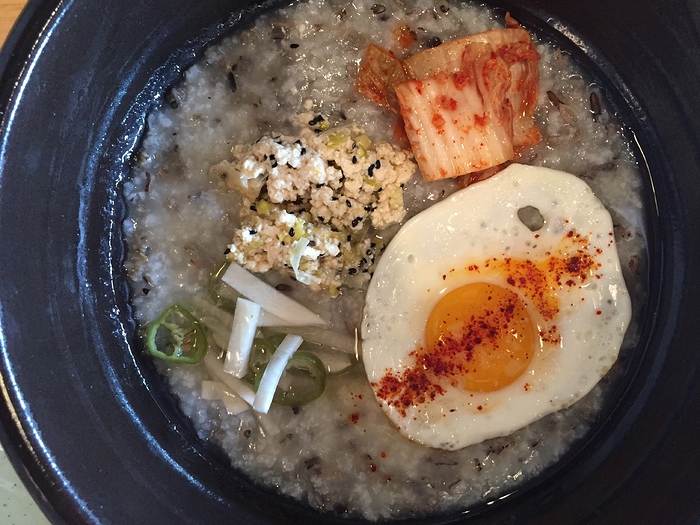 Savory pork and kimchee pancake- Pancake was made with mung bean with chili sauce. The taste was very Korean. We weren’t as enthusiastic about this dish but I think Koreans might have stronger preferences for the dish. 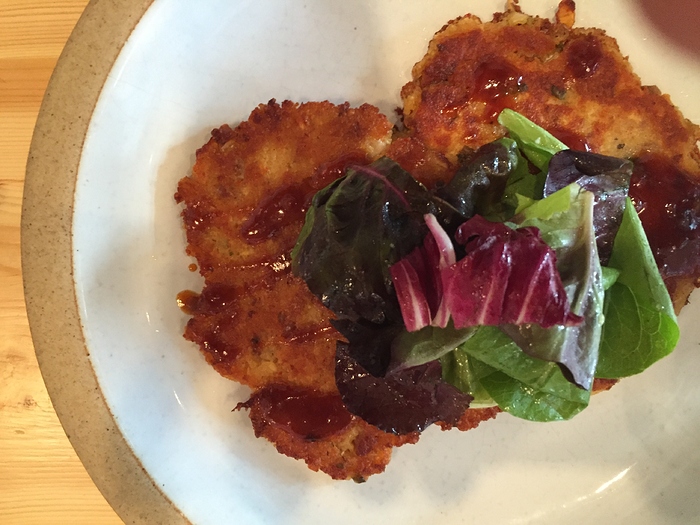 The ginger and peach housemade soda was light, mildly sweet and very refreshing.

To summarize, Gan’s brunch tasted like Korean-Californian if there is such a thing. Refined, restrained, balanced. Nothing unneeded on the plate and nothing too much. Their one year anniversary prix fixe celebratory dinner is this friday/ saturday if anyone’s interested.

Gan is located on a side street in downtown Pleasanton. 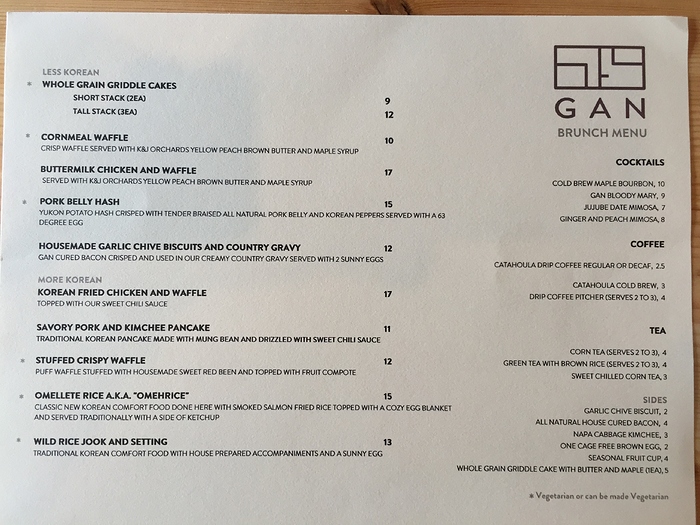 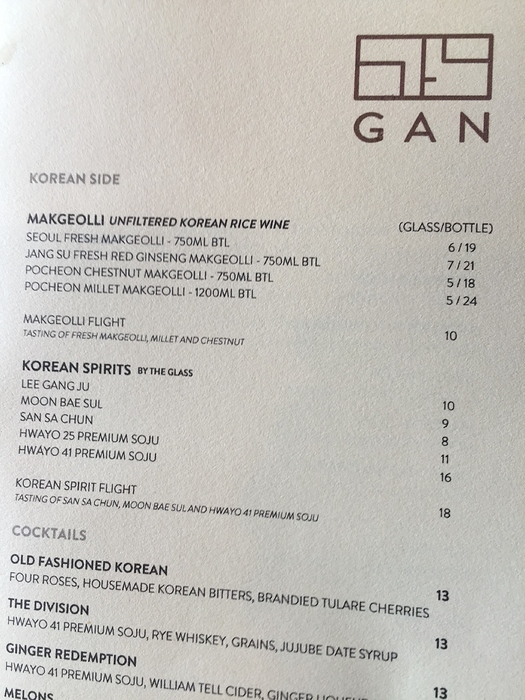 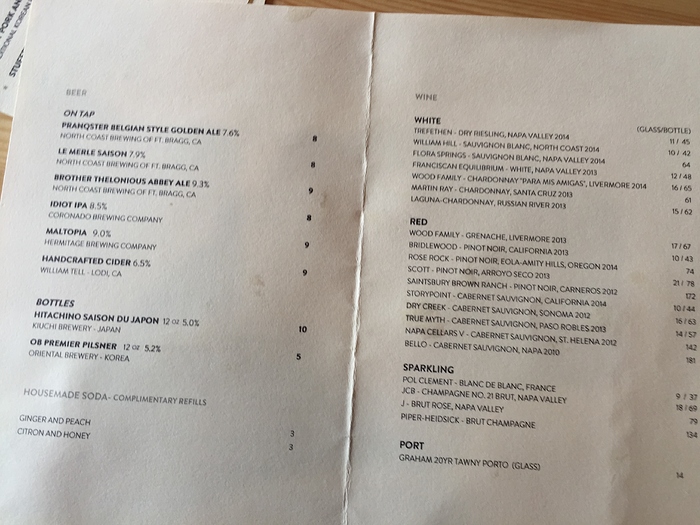