Does anyone know what the scoop is with Gajalee? Yelp reports them permanently closed, their website doesn’t load, and they aren’t answering their phone. This was my favorite Indian restaurant in the city, and I will truly miss their fish fry.

I walked by a couple weeks ago and it looked like it was either closed permanently or in the process of remodeling. No sign or note or anything though.

The location at 525 Valencia St. is kabobs on a Middle Eastern or Mediterranean menu. It was not open last Thursday. Is it a ‘work in progress’?

they just finished refurbing the space for the kabob place, but i don’t think it’s opened yet. yes, Gajalee is closed. sorry i never got to try it.

Very unfortunate news. Coastal Indian cuisine is so hard to find around here, and I always wondered how people could stomach Pakwan to the deft touch that Gajalee’s food had. Oh well, another one bites the dust.

Personally, I was not a fan of Gajalee. The bad fish I ate there pretty much killed it for me. Other stuff I ate there was different, but not that good. It was very disappointing, given some of the praise it received.

I don’t think it’s appropriate to compare it to Pakwan, or any other North Indian or Pakistani food. It’s like comparing Spanish food with Italian food - they are not the same at all, and not meant to be.

That’s unfortunate about the bad fish. I never noticed consistency issues but hadn’t been in the 4 months prior to its close. I also stuck to a few dishes that I thought they executed well.

By no means would I compare the Malvani and Kokani food at Gajalee to the Mughlai food served at Pakwan. My point exactly was that an average person in that area would be inclined to consider which “Indian” restaurant they should go to. I had a friend say to me he liked Pakwan because it was cheaper. That is certainly not my criteria. All that said, Gajalee did acknowledge that a typical westerner is much more familiar with North Indian fare since one could also find chicken tikka masala and palak [saag] paneer there. I never tried those dishes and have a hard time stomaching those rich (ie oily) gravies.

Valencia & Kebab at 525 Valencia and 16th Street; same family that had Hayes & Kebab.

I agree on both points. I wanted to love the place but the couple of times I went, the fish just wasn’t very good.

The same family owns Kobani Grill in Berkeley and Kobani Gill in San Francisco. They still have Hayes & Kebab. It’s being resuscitated, according to this story.

Emin Tekin, owner of Berkeley's new restaurant, Kobani, is proud to call his cuisine Kurdish. When you hear his story, you'll know why.

Looks like Valencia & Kebab closed a few months ago, and will be replaced by a restaurant called “Brown Sugar Factory” 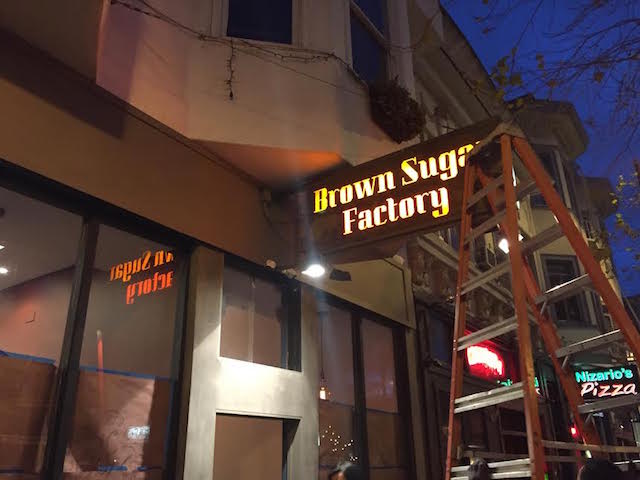