I had a lovely drool-inducing 20 minutes watching this. I’ve never been to New York, but I guess I can dream of smoked fish from Russ and Daughters, Katz’s pastrami, etc. 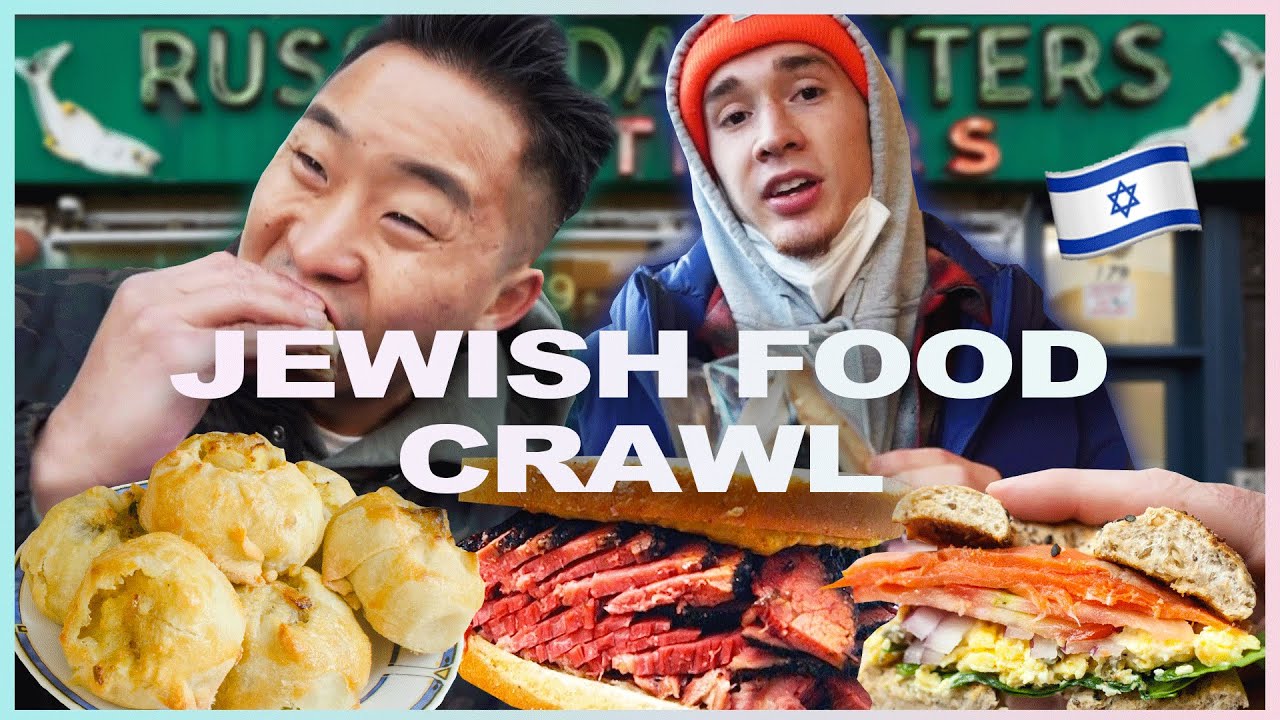 If you have deep enough pockets, you can buy from Russ & Daughters via Goldbelly, and Yonah Schimmel also sells knishes online. R&D’s fish really is all that. I’m an ex-New Yorker and I really miss these places (though the 2nd Avenue Deli more than Katz’s).

Oh, and Jewish boy doesn’t know from kosher. Mammals are kosher if they DO have cloven hooves and also chew their cud. That’s why pigs aren’t kosher. The “good” animals (like cows) still have to be killed and prepared in the kosher manner though.

Unfortunately my pockets aren’t very deep!
And thanks for the kosher explanation. I thought that Liam’s explanation wasn’t quite right, but I’ve never lived in a kosher household.

We have a very old dear mensch in our life who once demanded we stop at Second Avenue (when it was still on 2d Ave.) and pick up gefilte fish (“make sure they put the two carrot slices in”) on the way to the airport, and then after landing, deliver it to him on the drive home.

And in the America is a Great Country Department: once at the now-departed Carnegie deli the woman server, who appeared to be a Southeast Asian immigrant, huff-snarled in NYC vernacular accent at the adjoining table’s single diner: "You done with that . . . " and then turned to us asking: " . . . suppose you want a couple pieces of bread to take the rest of the pastrami with you . . . "

Reminds me of the time I went to Carnegie for lunch with TWO business associates. We were seated at the long communal table down the middle. A server came and took the order of the other two but told me (I was seated across from an empty chair) that I was at a “different station” and would have to wait for another server. The wait was around ten minutes. ! 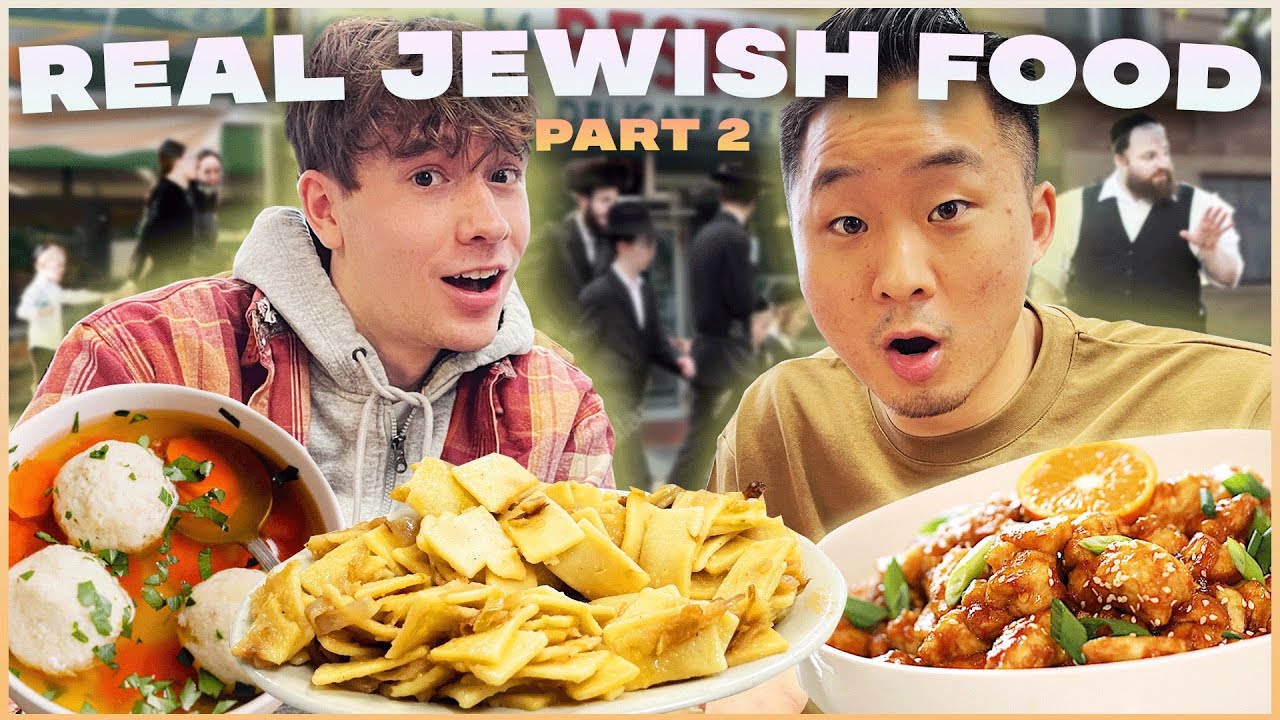 I thought the Yonah Schmimmel knishes were terrible, at least as mail order. About 16 yrs ago and preggo with my 2nd, I had an insatiable urge for knishes as I worked in a CA law firm. I believe I paid $70 or so for a dozen, plus shipping. Cheese, and cheese and cherry, and they did not hold even a dim candle to the ones I had as a child on the boardwalk at Brighton Beach.

They are hit or miss. My last one (in December, waiting for my number to come up at Russ & Daughters) was a hit. This is spinach, probably (I only like the savory kind). 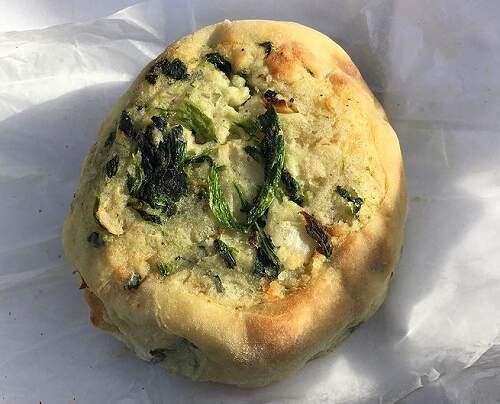 I’m willing to bet they are across the board more impressive if you eat them fresh. Mailing them, it isn’t worth the $$$ or the heartache, frankly, of expectations not being met. Pregnant women in particular - very emotional.

I was just about to write that. They’re definitely best right out of the oven, or at least warm. Indeed, some things just don’t travel well. I found that out when I ordered some bagels from Zabar’s–sitting in plastic bags for even a couple of days ruined their nice crust.

Otoh, my mail order Portuguese muffins were great. But they rely on a toast for best outcome anyway. Generally I wouldn’t think baked things travel nearly as well as foods in jars, cans, cold stuff on ice, etc.

Indeed, some things just don’t travel well. I found that out when I ordered some bagels from Zabar’s–sitting in plastic bags for even a couple of days ruined their nice crust.

Bagels in particular travel poorly – a good bagel becomes very stale within 24 hours or less, IME. If I can’t eat them fresh, I just don’t bother with them at all.

As for the Yonah Shimmel knishes, I thought they were pretty good at their store, but apparently they pale compared to what people used to get in the L.E.S. Also, that was 15 years ago that I tried them. I can’t imagine sweet knishes anyway – I’m used to the standard onion and potato ones. YMMV.