When we were in Paris several years ago, it was recommended that we go to Fulgurances by several CH friends (who are now on HO). So we did. Its a place that has a set pre fixe format, but rotates chefs every couple of months as what they call an “incubator”. We liked our dinner (& the then current chef) quite a bit, but with a caveat that I’ll get back to shortly.
While there, the owners told us that they were intending to open a place in Brooklyn “soon” and that one of them would be coming to manage it. Well, “soon” didn’t happen because Covid did & they finally got the place going a little under a year ago. They called it “Laundromat” because, well, they took over a local laundromat that went out of business. At any rate, they’ve now gone thru 4 chef rotations (prior to the one that just started this past week) and we’ve eaten the food from 3 of them, 2x for one of them (missed the last one). The food, without exception, has been very good. And, since even within each chef’s rotation, the menu changes constantly, its of no value to review specific dishes. The price ($85 for 6 courses) is good. And I recommend going to their website, seeing who’s been there (chefs, I mean) and who’s there now, and making a reservation, especially for a counter seat facing the kitchen. BUT… (here come the caveats): the chefs know what they’re doing and do it well, but they are clearly constricted by budget. In all cases, we came out satisfied quantity wise, but feeling that a more substantial main was missing. We also wished that there was a way to not take their wine pairings, as we both have never liked all that was being poured. But, since one doesn’t know the menu in advance and whatever it turns out to be is diverse, the limited “by the glass” wine list wouldn’t work out and none of the bottles would be appropriate throughout the meal. We felt this way in Paris as well but, obviously, in balance, recommend going. In a world of many sameness or overpriced &/or overwrought menus, this place is more than enough on track to be a NYC destination. In my opinion. Your mileage may vary.

$85 is quite a bargain for a true tasting menu. Perhaps add $10 or so to get that more substantial main and I would still say its a good value if the food is as good as you said. The wine choice is always an issue with a tasting menu. Order a bottle and put up with what happens or get a pairing that you don’t agree with. The one time I recall a wine pairing working really well was forever ago at EMP. The somm was great and when he saw I particularly liked a wine, he gave me an extra large pour.

+1 on pretty much all counts. I’ve eaten here twice and came away happy both times. The food is consistently inventive in a way that’s not easy to find elsewhere in my area (LIC/Greenpoint), the price is reasonable for the experience, and watching the cooks at the counter is fun. The overall volume of food is smaller than that of a typical tasting menu, but that’s perfect for me, because I find typical tasting menus unpleasantly long – food’s not fun if I’m sick of eating and there are three desserts left. They did also have optional supplements (I think it was a cheese board) both times I visited, so there’s some amount of choice in volume.

I go there once per quarter/chef and plan to keep doing that for the foreseeable future. 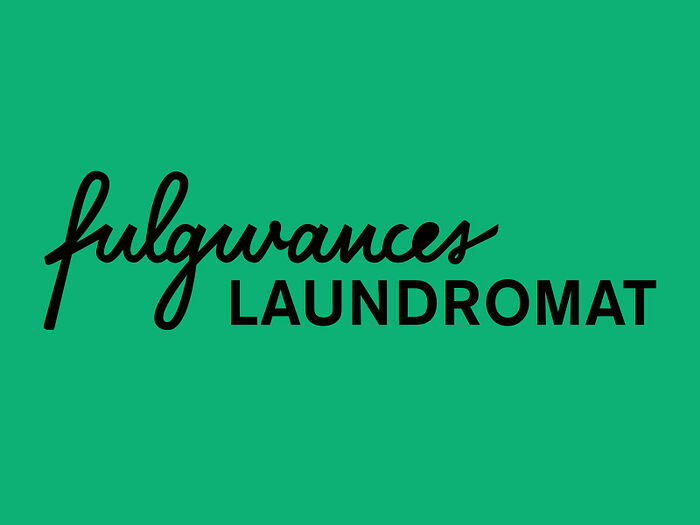 Checked the past participating chefs, there are French and US chefs. Interesting to see the concept working everywhere.

I was not able to make it when Alexia Duchene was there, but I was able to make it when Victoria Blamey did her stint there and also when Mariana Villegas was there for a very short stint in August. I am a fan. It is a great way to experience different chefs. I have not been since August, but would like to make it a habit to go more often.

So Steve, are you going to organize a Ho down?

At Fulgurances/Laundromat? You definitely interested? I have about 2 weeks until we’re off to Montreal for a month. If we have interest, I can pull that off… or it can wait until June.

Just a heads-up that our reservation at Fulgerances last week was cancelled because one staff member had tested positive for COVID so they closed the restaurant until all employees had been tested.
Although this was inconvenient for us, it’s good to know that they are doing everything to protect both customers and staff.
[and SteveR I’m back in Quebec next week, so will report in. If you’re hitting Quebec City make sure you hit Taniere³ - this may be the best restaurant in Canada right now!]

Sorry that you didn’t get to eat at Fulgurances last week. Where did you go? Anywhere noteworthy?
And, yes, we’ll be going to QC for 3 nights before we get to Montreal on May 1. But we won’t be able to eat at Taniere³ since we’re joining friends and already committed to Le Pied Bleu, Chez Muffy (we’re staying at the hotel) & Bistro St-Malo. These seem to all be good enough & are compromises with friends who have various likes/dislikes/price ranges. However, during our month in Montreal, we may go back up to QC for a few more nights on our own. Maybe then…
Thanks for the idea & for the reporting you’re going to do once back there next week

With only a days notice, choices were restricted, but we ended up at Coarse NYC, which has a similar meal format to Fulgerances i.e. unrevealed tasting menu (about half a dozen courses) with supposedly matched wine pairings.
The food was pretty good - particularly the starter courses, but the pairings were erratic. Initially one glass per course, then some missed courses then two different wines with the ‘main’ course. There was no separate wine list - I got the impression that we could order wines by the glass (or bottle) but they were the same wines served in the pairings.
And a hint - if you go, try and sit at the bench table (attendees were well spaced) - the small tables were too high for the seats provided (AmuseGirl is just 5 feet tall and the plates were closer to her chin than her waist), They happily moved us after we requested the move.
My other dining was ‘upscale’ - worth a separate post.

I would be interested but probably won’t be able to make a date until mid June. Have a busy few weeks coming and then will be away for a while.

Getting back to Fulgurances, my wife & I went last week. The current chef, Inaki Bolumburu is, in our opinion, knocking it out of the park. Our fifth time there since they opened (+1 at their Paris original) & definitely the best meal we’ve had. Although there was no red meat course (that’s fine with us), there were 2 separate excellent fish courses, monkfish & skate wing, that were both great. The spicing on the skate wing was especially interesting & worked very well. An earlier plate with several items on it included a fried coated mussel ball that was perfect. We chose a bottle of white wine instead of going with the pairings & this worked out well.