Here’s a fascinating DPRK trip report by Fuchsia Dunlop in the Financial Times It’s illustrated with drawings, but not to worry: North Korea doesn’t ban Instagramming. You’ll have to go to Fuchsia’s Instagram account (@fuchsiadunlop) to find them. (It’s not a bad idea to follow herin any event). 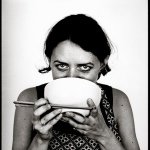 Thanks for sharing. Very interesting indeed.

It seems like the link is behind the paywall. Google ‘Eating in North Korea: ‘We were being fed a story’’ and enter the article from the search result.

Petrol over clams? I thought it would be a bad idea and sure enough 'The chewy molluscs reeked of soot and gasoline. ’ How can that be the ‘famous clam barbeque’?!

The royal pangsanggi lunch sounds like the type of banquet meal that @Lethe2020 had at Yong Su Sang in LA.

We did a 2-week driving trip in May 2015 and this was the highlight meal, due to its uniqueness. I was asked on the Northern CA board to post details. It’s very long, since there were 4 of us and this was an elaborate, multi-course, 2-hr dinner. Here it is: This stubbornly traditional and rather old-fashioned restaurant resides in Koreatown, a large district in LA that encompasses several neighborhoods under one ever-expanding umbrella. It’s surrounded by AYCE Korean buffets, where for $10-$15/…

I wonder if the kimchi Fuchsia had in North Korea, has a more mellow taste than South Korea’s version as Lethe2020 noted in the banquet discussion

It is amazing that food photos are allow in NK though.

Too bad, the paywall of FT article. If possible, someone can do a summary?

It is amazing that food photos are allow in NK though.

Too bad, the paywall of FT article. If possible, someone can do a summary?

you can read it from clicking the google results link to the article.

As @sck mentioned, you can find the article through Googling. That’s how I found it originally.