Anyway, back to the chow. My parents are doing me a huge favor tomorrow and Friday (watching Chowpup; sorry, it’s gonna take a while to shake off the CH nomenclature) and I want to get at least one meal for them from Fresh Pond Seafood. We’ve had the lobster roll and we were pleasantly surprised. At $19, we got a grilled split-top roll brimming full of lobster. No filler to speak of. Since we’ve had the lobster roll, I was thinking of the clam roll this time. Has anyone had the full-belly clam roll at Fresh Pond Seafood?

I may have to post this on the “other” site as I really do need any responses soon. I don’t know how many folks have migrated over to HO.

Not helpful in regard to your question but just wanted to say hello digga! Nice to see you here and congrats on your chowpup!

Just polished off creole goat from Highland Creole Cuisine. It’s so delicious! Would your parents like that? ( I know not even close to a clam roll.) I bet the clam roll at FPS doesn’t suck.

Good gawd…So happy to hear from yumyum. I will move forward with the full-bellied clam roll at Fresh Pond Seafood. The 'rents don’t love huge bellies, so based on feedback from another food-related site, the FPS rolls should work out just fine for us. Look forward to seeing more of you here on HO.

Creole goat would be a hard sell, although my mom grew up in Korea drinking goat’s milk. Eating goat is a whole 'nother ball of wax.

Well, everyone was so happy with their lobster rolls last time that it was lobster rolls again today for lunch. Maybe fried clams are too much fried food in one sitting for them (they are both known to enjoy French fries along with their sandwiches/rolls).

I picked up the food and they dug into their rolls in front of me (some nerve, huh?). They looked delicious and, as last time, totally stuffed with lobster meat and nothing else.

This has nothing to do with clam rolls, but I’ve been wanting to get to this place for years, but have been a bit intimidated. Besides creole goat, what else would you recommend? A former Hatian co-worker once told me she’d take me there and guide me through the menu, because “If you go by yourself, everyone’s gonna look really funny at the white boy.” But we never had the chance.

I’ve only tried the goat. But they have all sorts of stewy things typically served with rice and beans. Also lots of fried offerings – fish chicken and pork.

Don’t be intimidated! They are very friendly and sometimes look quizzically at this white girl but it’s worth it for the grub.

I have not gone there for years, but yeah–people were always nice there, no reason not to go.

(watching Chowpup; sorry, it’s gonna take a while to shake off the CH nomenclature)

Cipollini? It’s got the “ch” sound and while “ini” is a diminutive plural, you could modify it to “ino”.

Interesting that they are friendly. I entered once, and the entire restaurant turned and just stared at us. I felt incredibly unwelcome and have not stepped inside again.

I do wish I had felt differently. I live about 1 block from the place, and have to navigate my car around all the illegally parked taxis outside their door on an almost daily basis. Place is very popular with the taxi set, and is a great landmark when taking a taxi home from Boston.

This is great to know. My daughter lives nearby these days, and though I am allergic to lobster, she has visitors from “away” who would LOVE to know where to get a lobster roll when they visit to see the new baby.

She should call ahead - there have been a couple of occasions when we have had set our hearts on lobster rolls only to find out that they were sold out.

I had the haddock plate lunch special here today. You get a cup of either fish or clam chowder and haddock and fries for $9.99. The fish chowder was lovely, tons of haddock in a nicely creamy broth with perfectly cooked potatoes, no bacon that I could discern. The haddock was nicely fried with a fairly thin batter. Fries were Sysco but competently fried. Tartar sauce was a tub of Ken’s which was a letdown. Very tasty and reasonably priced. Would never have thought to try it absent this thread. 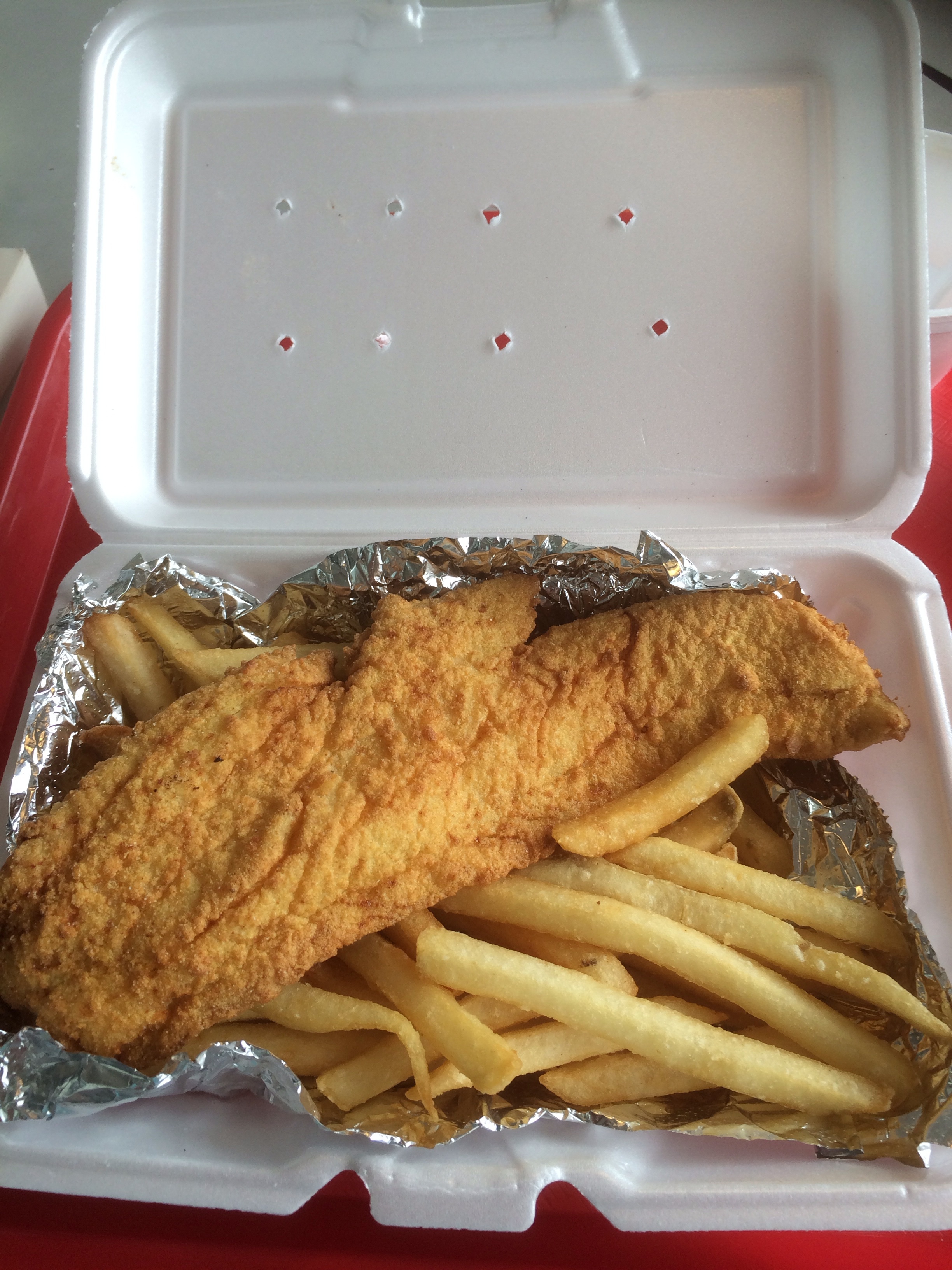 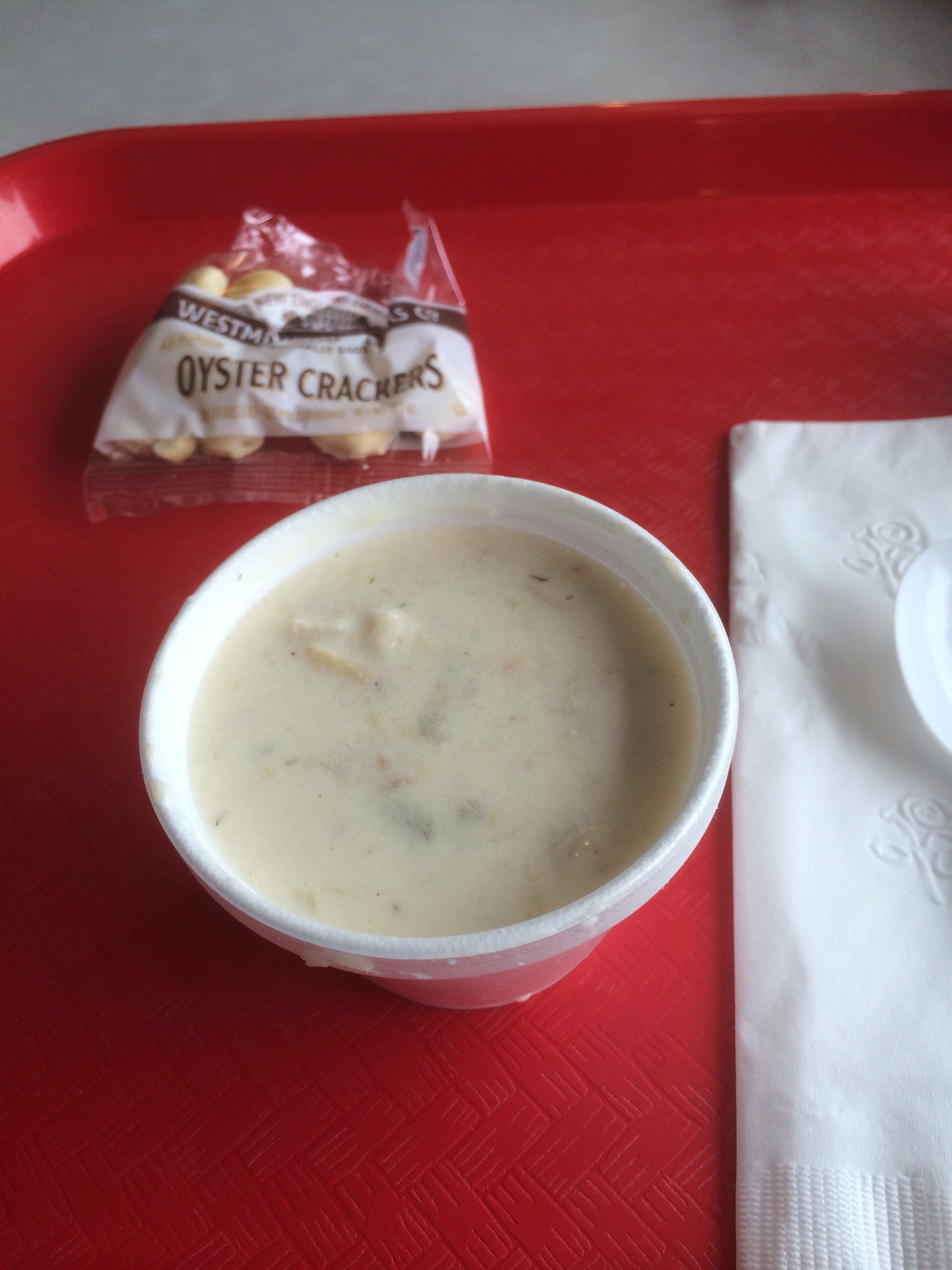 And now, I must go there. Love fish chowder… lots of places have taken to adding clams to the chowder. Maybe they don’t.

lots of places have taken to adding clams to the chowder

They do not. I am allergic to shellfish and checked. It was reeeaaally good chowder, still thinking about it.

Be still my heart!

Made it to Fresh Pond Seafood yesterday. Wasn’t a good time to sample the soup, but I did inquire. Though the menu says “Chowder of the Day” their “Chowder of the Day” is now always fish chowder. They used to make a lobster bisque and switch between them, but no longer. She confirmed GretchenS’s comment above. There is no shellfish stock or meat in the soup.

The fish counters are filled with some beautiful fillets. There are three lobster tanks, sorted by size. They had one kind of clam, some scallops, and maybe some other shellfish. No whole fish at all. The person in front of me was told that they will order anything, and clean them, with enough notice. The prices were distinctively higher than Courthouse; around $5 per pound more. I bought a pound of swordfish for me; and some Norwegian farmed salmon for the not-so-Spring-Onion. Both fillets were extremely fresh. We enjoyed our harpooned swordfish tremendously.

There are five or six tables with benches. Saw one haddock sandwich delivered to a table and it looked pretty darn good!

Thanks for the nudge.

Good to hear about the fish! Have thought about that chowder several times…