This according to the Chronicle. 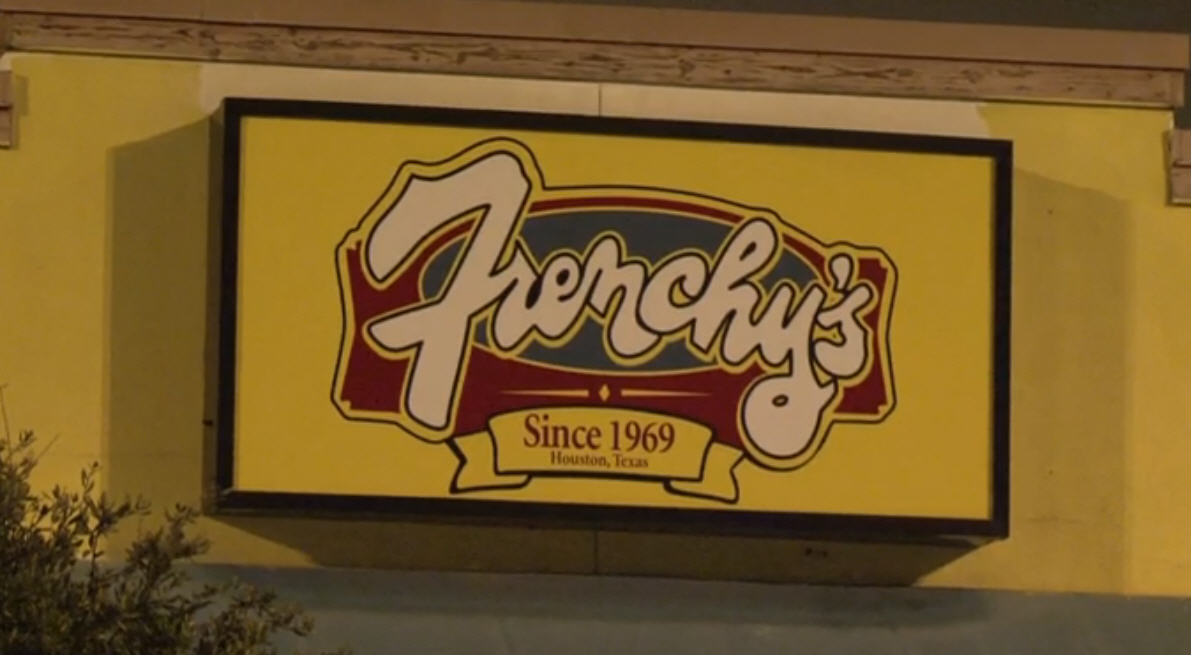 One of Houston's favorite places for fried chicken will be closing at lease four locations on Monday, July 31.

They’re supposed to be turned into Catfish Station, a local mini chain.

Yelpers like it and it looks good to me. 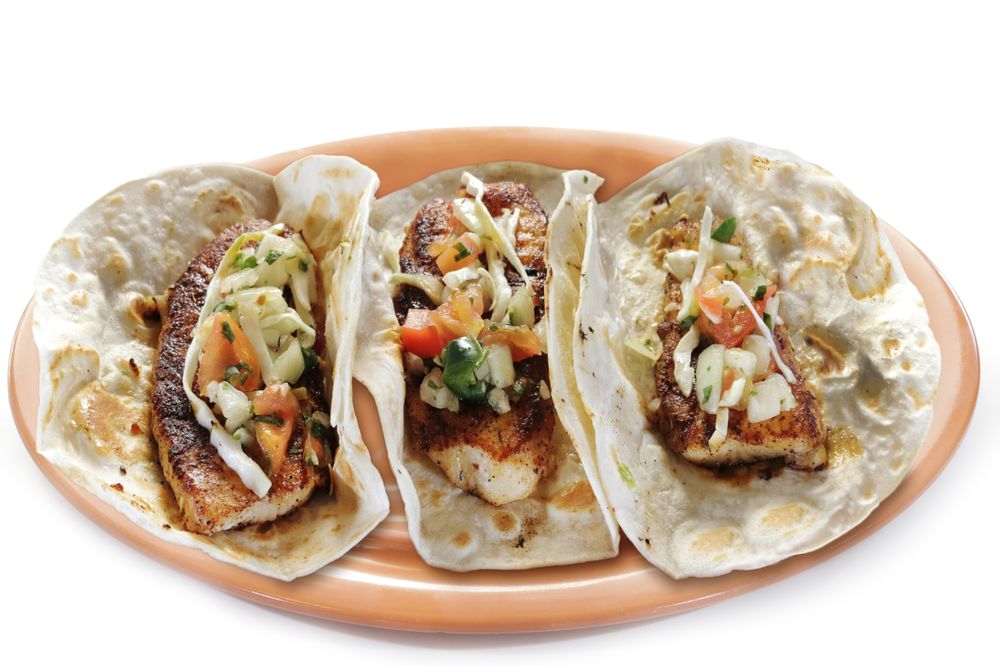 Specialties: From our classic fried hand-battered catfish and shrimp to gumbo and shrimp creole, we have a variety of mouth watering food to keep you coming back again and again. Established in 2013. The Catfish Station concept was…

A Frenchy’s near me converted to Catfish Station a few months ago. I reported on it on the lunch thread. Pretty good stuff.

I see one of the ones closing is the one in front of the Fiesta on Kirby which was closed for a long time. I went there a couple of months ago to pick up some chicken for a pot luck near by. I thought it was just about as good as the original on Scott and was planning on stopping again if I was in the neighborhood. I wonder what the ‘non-compliance’ issue was?

It’s curious how four were deemed to be non-compliant and turned into Catfish Stations. Oh well, the Wifeacita works across the street from the Kirby location and I’m looking forward to some fried fish.

I read your review and you liked the gumbo. A yelper mentioned no okra in gumbo. Was there any in yours?

A Frenchy’s near me converted to Catfish Station a few months ago. I reported on it on the lunch thread. Pretty good stuff.

It all looks really good for what I assume is a fast food joint? I’ll have to track one of them down.

It all looks really good for what I assume is a fast food joint?

Food is cooked when ordered - well, at least the catfish. Obviously the gumbo isn’t.

A yelper mentioned no okra in gumbo. Was there any in yours?

I tried the gumbo (to-go) twice. No okra that I could taste or see.

And now there is only one — a couple of months ago I had 3 Frenchy’s within about 10 mins of me. Then one changed to Catfish Station and now another one, the one closest to me and the most consistent/good one, has flipped to something called Walla-Bees - The Sting is in The Wings.

I have never yet been to one of these places that specializes just in wings. Looks like that’s gonna be changing.

Wait a minute - I wonder if the one remaining Frenchy’s out this way is still there??? And I wonder what’s happening with Frenchy’s latest effort to expand. I must admit I thought it was strange to have 3 so close together.

Back in the 80’s Frenchy’s tried to expand before most locations driven were under by new arrival Popeye’s with in my opinion inferior chicken and bad red beans and rice. You can argue about the chicken but Frenchy’s beans and rice with spicy andouille destroys the liquid smoke tasting Popeye’s with dried out rice.

Frenchy’s had at least four locations that I went to other than the original on Scott, one on Kirby and Shepherd, I-10 East, and two on 610, on MLK and the other on Cullen.

I went to the Cullen location one Saturday night and they had a guard inside with a shotgun. Some guy came in with a box of bones saying he’d been ripped off but was quickly hustled out.

Catfish Station intrigues me. The Wifeacita works across from the former Frenchy’s but reports Catfish Station is not open yet. I can see her getting some fish to go but if we’re gonna sit down it has to be Fountainview Fish Market as they have really good oysters.

I don’t know if Popeye’s deserves credit for driving Frenchy’s satellite locations under - some of them weren’t very good versions of the original. I don’t think I’ve ever had Popeye’s red beans and rice.

Kirby @ Shepherd??? - Where Allen Parkway becomes Kirby??? Never a Frenchy’s there that I know of.

My first experience was at a place on Shepherd one block south of Alabama. I think it was in a former Church’s, or maybe Ron’s Crispy Chicken. I want to say 1969 but wait a sec, I didn’t get here until Sept 1970. I don’t know when it was. I ordered some chicken and the greens. I asked the girl what kind of greens it was and she said ‘whatever is available today.’ I never asked again. But I was back before the end of the week to get some more greens. And chicken.

I went to the one in the HEB on OST @ Scott. Chicken sitting under the heat lamp for a long time, it was bad. I never went back. I think I went to the drive-thru at the one in front of the Fiesta on S. Main and OST once. And there was a short lived one on W. Bellfort one block west of Fondren that I went to once or twice, and the one in the Valero station on 59 @ Murphy which is the only one left out here.

There was one on I-10 at Lockwood that carried on for some years as Frenchey’s, I think, and one on S. Hillcroft, just north of S. Main that is still there operating as Frenchie’s, I believe. It’s bad.

I can’t really say Catfish Station is going to hold up to comparison with Fountainview but give it a try.

I like the RBR at Popeye’s, but I haven’t had Frenchy’s. One of these days I’ll go by the one on 59 @ Murphy that Brucesw mentioned.

Good luck. That’s a very busy gas station = very tight parking situation. Dining accommodations inside are practically non-existant. I haven’t been in several years after getting greasy chicken one too many times. I guess I’ll be trying them out again sooner or later.

Now that I think about it I’m not sure I’ve ever had Frenchy’s RBR. Overwhelmingly the greens are my first choice for a side. I wonder if they’re made on premises from an approved recipe or supplied by a central kitchen and just heated up?

Looking through the listings online there are a lot of closed locations showing up. Sumthin’s goin’ on at Frenchy’s.

There definitely one on Shepherd’s east side I think between Richmond and Westheimer. I remember getting a tray of beans and rice for the office Christmas pot luck circa 1990.

The one on Hillcroft was an O’Frency’s last time I passed by, never ate there, not gonna eat at a rip off.

You mentioned Ron’s, that was some fine chicken I also miss Tinsley’s and Grandy’s.

The Ron’s I went to was on Beechnut and the SW Freeway in front of K Mart. There was a Long John Silver’s next door that served cold Bud dark draft. Nothing better on a hot summer day.

The Wifeacita reports the erstwhile Frenchy’s Kirby now has Catfish Station signs up. She is on notice to bring some fish home as she can easily swing by after work, after it opens of course.

I read your review and you liked the gumbo. A yelper mentioned no okra in gumbo. Was there any in yours?

I had lunch at the Beechnut location today; ate in. In a bowl of gumbo (probably about 2.5 C) I noticed the top of a very small pod of okra. Subsequently I identified anything I saw in the bowl that color of green as okra. All the pieces were close to totally disintegrated. I’d guesstimate maybe 1/2 teaspoon or less in 2.5 C of gumbo.

Is that too much

I also put the okra in at the start of the looooong slow simmer so they pretty much melt into the gumbo.

I love filling the house with “gumbo air” for a few hours. It’s almost as good as eating it.