Sales of hamburgers have surpassed the typical ham and butter baguette sandwiches, according to the BBC article.

Why hamburgers and not some other fast food? France has all American fast food chains by now, surely. 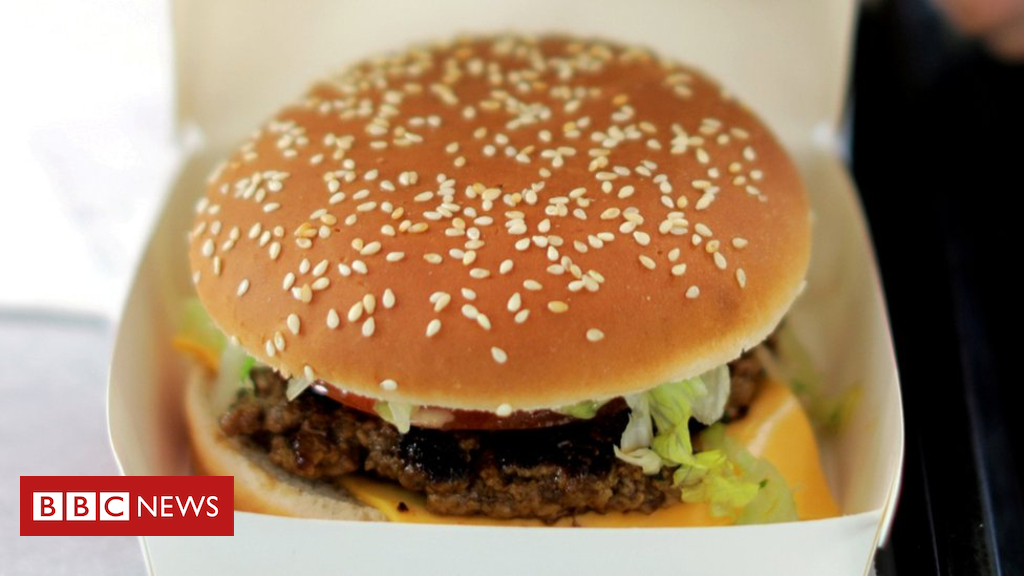 Some 1.46 billion burgers were sold last year, compared with 1.22 billion baguettes filled with sliced ham, according to Gira Conseil consultants.

The results suggest the nation known for its culinary pride has had a huge shift in its eating habits.

The French ate 14 times fewer burgers a decade ago.

“But the French are now crazy about burgers. You find them everywhere, from fast food to Michelin-starred restaurants,” the Paris-based restaurant consultant said.
Image copyright AFP
Image caption The jambon-beurre was France’s favourite sandwich until this year

At least one burger is on the menu at 85% of French restaurants - most of which are full-table-service establishments. Only 30% of hamburgers sold are from fast food outlets.

The European country’s “burger frenzy” has been bubbling over the last few years, with the American sandwich steadily stealing more of the French sandwich’s market.

Hamburgers in the country have taken on a French twist - often being served with famous cheeses like Roquefort instead of cheddar.

Even McDonald’s, the US burger giant, has adapted its menu to appeal to French diners with McCamembert and McBaguette burgers with emmental cheese, Dijon mustard and even the French confectionary macarons for dessert.

Mr Boutboul believes “le burger” has become a French product, adding, “One wonders whether the burger might even overtake our famous steak-frites in France.”

Come as no surprise. Don’t forget that France tops the list of the numbers of McDo in Europe, not too far from Germany, which is the nº1 in 2016. (I remember reading somewhere France was the nº1 but I couldn’t find the source anymore). Bear in mind that only 30% of the burgers are sold in fast food. A lot of new burger restaurants, marketed as “gastronomy”, they serves better burger than McDo, better bread, different cheese, better steaks, of course with a different price tag. Even Michelin stars restaurant, it is not difficult to spot a burger somewhere on the menu, given the fact that they can use fois gras to replace the beef.

As for jambon-beurre, it is a classic here, people are attracted by novelties and new trends. Maybe someone has to come up with a better jambon-beurre than the most industrial grade sold in chain stores and bakeries. Very few places, you can get authentic jambon-beurre with an artisan bread.

This is another article with more details on the same subject:
https://www.ouest-france.fr/economie/le-burger-supplante-pour-la-premiere-fois-le-jambon-beurre-en-france-5632580

Thanks for the link. Even if it has only foie gras instead of meat I still don’t want it. I just hate eating food like burger. Believe me I ate a lot of burgers (and pizzas and all thing junk/food teenagers love) in my youth. Now I eat foie gras on bread or in a sandwich I make myself.

I was happy to eat Banh Mi in France.

I made my sandwich when we have to travel by train. The jambon-beurre sold in the stations were too expensive (4-5 €) and sad, they didn’t even use real butter anymore.

H couldn’t eat any burger because he didn’t like the bread. Me I don’t like minced steak. We both prefer Banh Mi.

I’d take a Jambon beurre anyday over a burger! I used to love eating the sandwiches in France. My favorite is pan bagnat.

Could it be that McDo’s European popularity is partially linked to it serving adult beverages? Sometime during the late 20th Century we ordered a McDo combination meal in Paris that included a serving of vin rouge or biere – a novelty for Americans that we wish were not the case Stateside. When a McDo stop must be made, sometimes we’d welcome seeing an adult beverage on the menu.

I think the fact the burgers are so much more popular at actual restaurants than as fast food just indicates this is a food fad that has really reaonated with the french. Perhaps also a novelty to order a sandwich of sorts as an entree.
Goodness knows burgers are still going strong as a food trend on restaurant menus in nyc, it seems every place wants to offer their own more rediculous social media photo friendly option.
It’s been way too long since i was last in paris but i do recall fantastic baguette sandwiches- although i had some difficulty finding vegetarian ones back then with my nearly non existent french…

Could it be that McDo’s European popularity is partially linked to it serving adult beverages?

Perhaps also a novelty to order a sandwich of sorts as an entree.

Don’t you know that using English mixing with French word is trendy?! An established bank here recently called their mobile banking “Ma French Bank” (sounds stupid and amateur as a bank?!), “Fooding” is the food guide that aims as young people. They welcome food that has exotic origin but sound familiar with their sandwich, burger is one of them.

5-10 years ago, vegetarian is a non existed word in restaurant. Now you can find many soup places or restaurant that is willing to accommodate vegetarians. But the term vegetarian is quite loose in France, some define that eating fish occasionally as vegetarian too… Being vegan is more difficult here, as cheese, cream and egg is very difficult to avoid.

It was a long time ago. More recently: 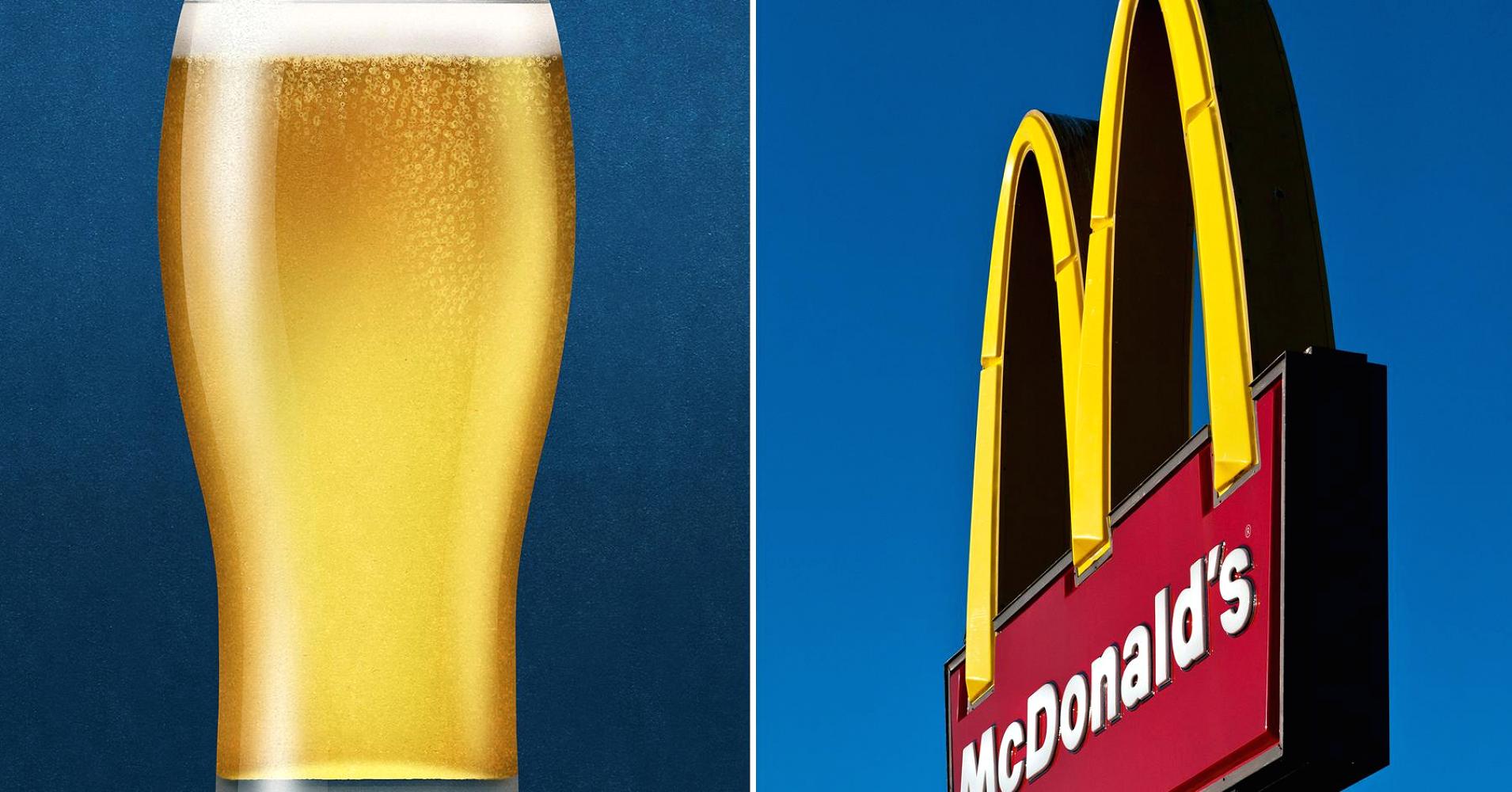 McDonald's to begin serving beer in this country

McDonald's will offer a beer and burger combo in one of its locations in South Korea.

So Vegan, vegetarian, and raw are all fluid in France?

Vegetarians: you can eat in most gastronomy places, if you let them know before you order, they will substitute meat with eggs, cheeses, mushrooms, eggs…

Vegans: you have the choice of vegan restaurants including soup places, salad bars, or ethnic food like Indian, japanese or Korean etc. places that serve delicious vegetables dishes. You can even find vegan burgers!

There are a lot of startup doing raw fluids, the price are no joking too. There used to be a water bar inside the Colette store with a great selection of world wide water but Colette recently closed its doors, owner retired.

I just don’t know how world wide the raw diet is, at least as a hipster alternative, not as substanance. Thanks.