Looking for a romantic Italian restaurant with occasional piano accompaniment? Fratelli’s is a several decades old neighborhood eatery that we went to on a dreary Monday night a couple months ago due to a regularly scheduled anniversary that is now unavoidable no matter the weather or wretched day of the week.

My mood was soon lifted immensely upon seeing something of importance only to me now, and possibly 2 or 3 other high school classmates of 1977. If any of you remember the fabled Shamrock Hotel in Houston, or even if you don’t, Google it because it was Hollywoodland right here in killer mosquito territory at one time.

I went to a prom there not long before it was imploded. There were no celebrities other than myself and my first boyfriend. We had dinner at Sonny Look’s first, with cocktails. I was 15. Those were the days my friend.

The long wooden bar from the Shamrock Hotel is now in the piano bar at the neighborhood eatery Fratelli’s, having been rescued long ago from the rubble and placed in the newly minted “way out yonder” suburban restaurant. It’s actually just outside the dreaded 610 loop force field that keeps food critics prisoners, on Wirt Road north of I-10.

Here’s the bar, and a couple of pastas from that rainy night. 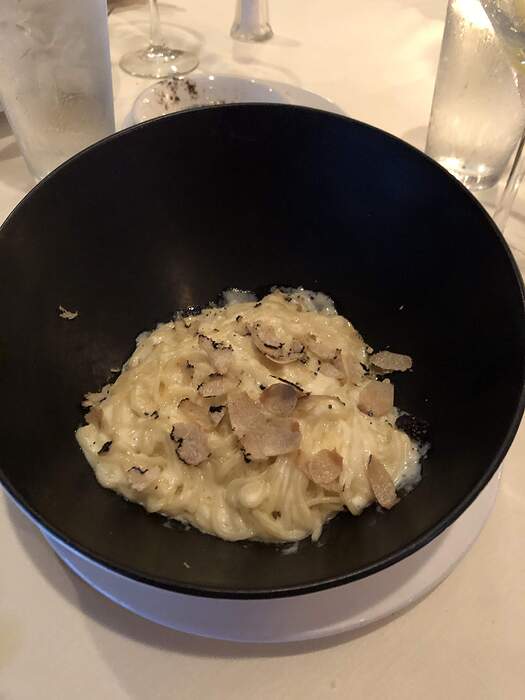 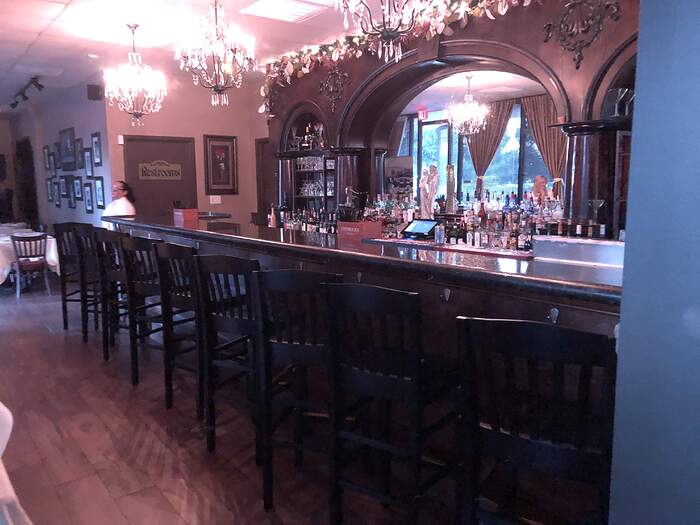 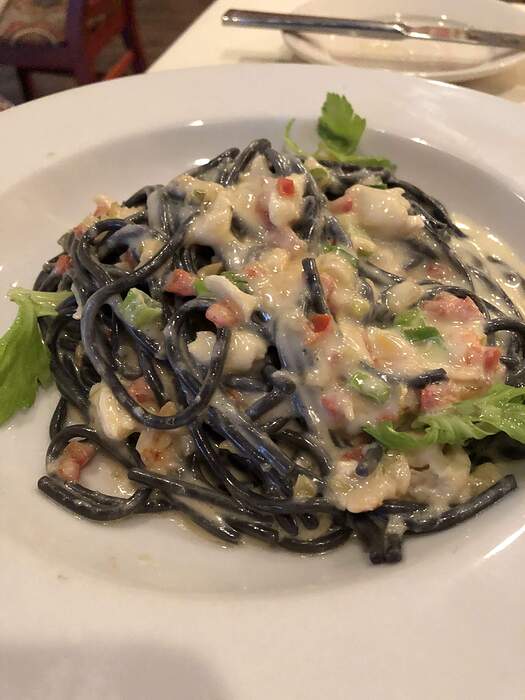 So that’s the Truffle Pasta Appetizer and the Black Linguine, right?

I gotta be honest here, that does not look very appetizing. I hope it was delicious and I really want to love it. Everyone needs another old school Italian joint in their Rolodex, but the truffle dish looks gummy and the black pasta dish looks…

(Edited to add: Don’t for a second think I wouldn’t eat it!)

Exactly. The appetizer is so rich, it served as my main course with a watermelon gazpacho to start. By all accounts, the squid ink pasta was terrific, but I didn’t taste it.

There’s a bar down near me (on S. Gessner - Shamrock Inn) that claims to have memorabilia from the Shamrock (What was it in the movie? The Conquistador?). I thought I remembered they claimed to have the bar but just checked ‘About the Restaurant’ on Yelp and they don’t specifically mention it. I don’t remember ever patronizing the bar but I was there at the hotel for some reason several times - expos, conferences??? I can’t remember.

Never been to Fratelli’s but have been invited a couple of times. An acquaintance regularly takes dining parties there and other places. He says they have the second best Italian meatballs in Houston but won’t say where the best are.

Have to agree with NDW - neither pasta dish looks very good!

Have to agree with NDW - neither pasta dish looks very good!

But they were! Turns out the cream/truffle pasta was too rich for my constitution.