I’m a bit shocked there isn’t a dedicated thread to this place on here, since I have really only learned of it from reading it in several threads here. Well since there is a lack of direct exposure for this place I am dedicating a thread to it. Why, you might ask? Easy…because it’s good…real good.

I had heard of Frankie Feds in passing over the years living in Monmouth County, but honestly the name seemed a bit silly to me so I dismissed most of what I had heard. Then a few weeks ago I had a client request that as a destination for dinner so I obliged, and it was good, real good!! I had let the client order and their choice was a sausage pie, they serve a thin crust which is NOT my preferred pizza but I will say this is one of, if not the best thin crust pie I’ve had.

Last night I was in the area and I was contemplating taking a trip up to Fernandes when I realized I was in Frankie Fed’s back yard so I ordered from there. This time I went with the sausage pie again and a shrimp parm sub, both were excellent.

So let me be the first to post a thread dedicated to Frankie Fed’s in Freehold, a bit of an institution in the area and with good reason.

Is Frankie Fed’s different from Federici’s? My friend who grew up near there RAVES about Federici’s, which is just down the block/street from Aarzu. Wondering if they’re one and the same…

What time? @MishyPoo and I were at Frankie Feds in the dining room last night from about 7 to 8 having salads and a sausage pie. We love Frankie Feds and live close enough that they deliver!

Yes, Federici’s is on Main St. smack in the middle of downtown. (I don’t care for their pizza, thin crust also) Frankie Fed’s is on 33 and really got screwed then they re-did the bridge in that area.

I picked up from there around 6pm and took it home!

It’s the same family. Same pizza and recipes. Federicis which is in downtown Freehold has a liquor licence, is open 7 days and is cash only. Frankie Feds is BYOB, takes credit cards, is closed on Mondays and it’s much easier to park since they have a big lot of their own.

SHUT UP!!! I never knew that…hahahahhaha and I don’t like Federici’s!!! Although I never had the sausage pie at Federici’s so maybe it’s that or maybe my tastes have matured since I haven’t been to Federici’s in 10-15 years?

The HO’s were in force at Frankie Fed’s last night. I was there too! With my wife and youngest. Arrived around 7:30, sat in the back table by kitchen. Had our usual. Italian Antipasto salad and 1/2 sausage pie. Always a solid meal.

Lmao. I got delivery from Frankie Fed’s last night. I was wondering why it took about a dozen tries to get through on the phone! Obviously the Ho’s were clogging up the system at my favorite delivery place. Try their house creamy italian salad dressing.

Sounds like we had one of our most successful HoDowns and didn’t even know it!

Never been to Frankie Feds but I’ll have to give it a try. I honestly haven’t had a thin crust bar pie that I felt was worth returning for… Federici’s, Pete n Eldas… whatever, first slice is good but last slice is cardboard.

I love this cosmic coincidence, I’m wishing I was there too!!

This never happens with a Detroit Style Pizza. Come on over to the dark side.

Ooooh…I’m not familiar with Detroit style pizza! Do tell. 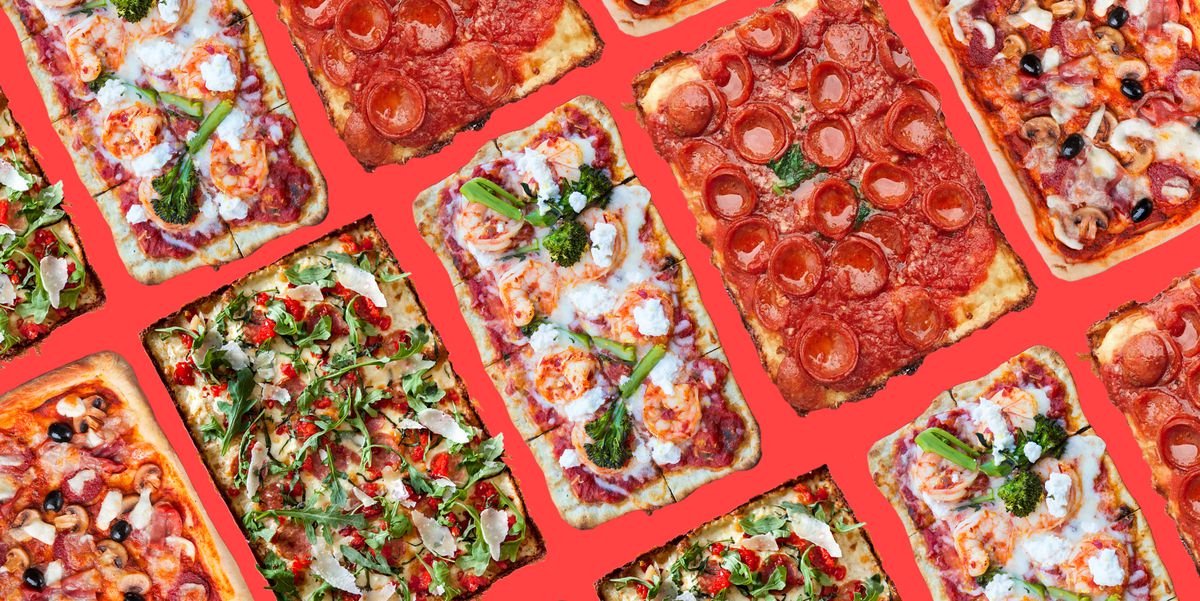 Hip to Be Square: Detroit-Style Pizza Is Conquering America

From coast to coast, the Motor City's signature pie is everywhere right now.

epicurious.com also has a make-at-home copy. I’m pretty sure that would be a disaster for any home cook.

Wow-thanks for that! I certainly know about Chicago and deep dish, but I’ve never seen the racing stripes. We have a couple of places that do square pies on occasion…now I’ll have to find out if they’re legit Detroit style!

Would love to try some!!

To bring this thread back around to Frankie Fed’s …

One of the best things I’ve discovered about where I live is that Frankie Fed’s is very close. I love that my delivery pizza is from them. As I age my order has gone from a large pie to a small pie to an individual pie, but the end result is as good as ever. I’d post a pic, but I never wait to eat once it arrives…

When I worked in downtown Freehold we usually went to Frederici’s (aka Fredergeasy’s) for lunch since it was right across the street. It was good pie. If you took out, pie was put in a paper bag…wonder if they still do that? But when we wanted a better pie we would venture out in the Township to Frankie Fed’s.

Yes, they ask you on the phone when you order, ‘box or bag’.