Outstanding new restaurant alert: Mon Chou Chou at the Pearl Center in San Antonio, look for it down a side alley across from a pub.

I saw this place on Good Taste last week and just happened to be traveling through San Antonio the next day on the way to points beyond so I timed it for a lunch stop. So glad I did, this is a real destination restaurant IMO.

We started with raclette melted on to French bread made right here in Houston by Magnol French Baking on North Post Oak, with Bayonne ham and pickles. (as an aside, I only recently heard about this bakery, it’s been discussed frequently on food pages. I drove over there around three in the afternoon one day, and they were mostly out of everything, but I got a seeded French bread and a couple of eclairs).

I had the baked branzino with brown butter caper sauce, and I can say with confidence it is the best fish I have ever had in my life. It absolutely melted in my mouth. There are not enough superlatives in the English language to describe this dish. DH had veal cordon bleu and frites which he said was delicious. We shared the intensely chocolate pot du creme.

That’s a 2-0 for this Pearl Center. A couple of New Year Eves ago pre-2020, we were in San Antonio for New Year’s Eve and ate at Cured in the same center which was totally amazing as well.

I have a 20 second video of the cheese going on, but it won’t let me upload it. Photo evidence: 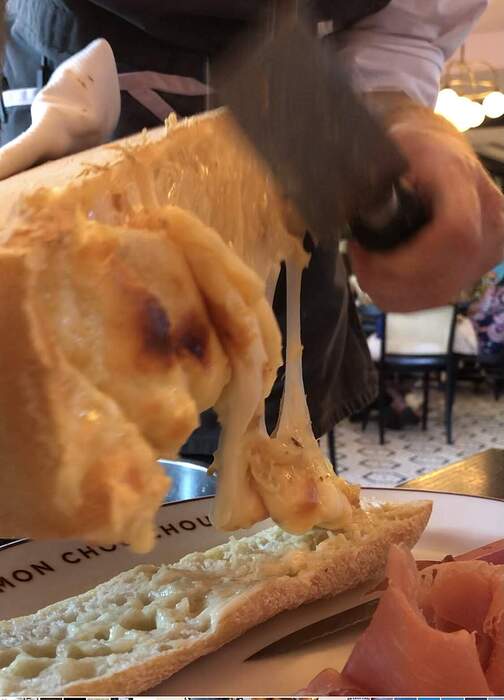 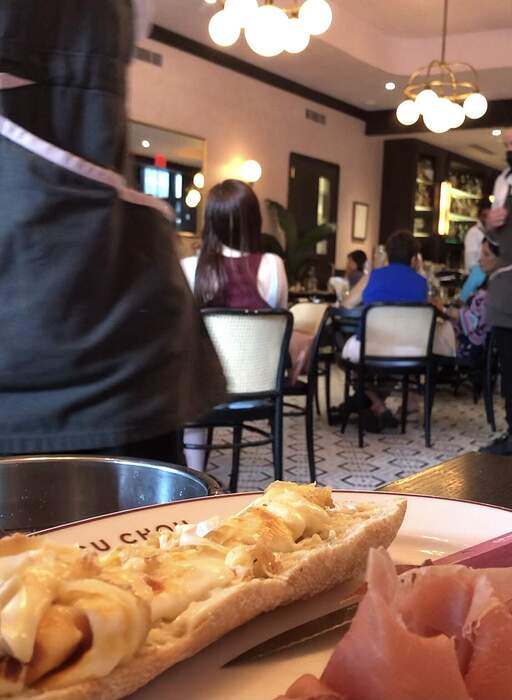 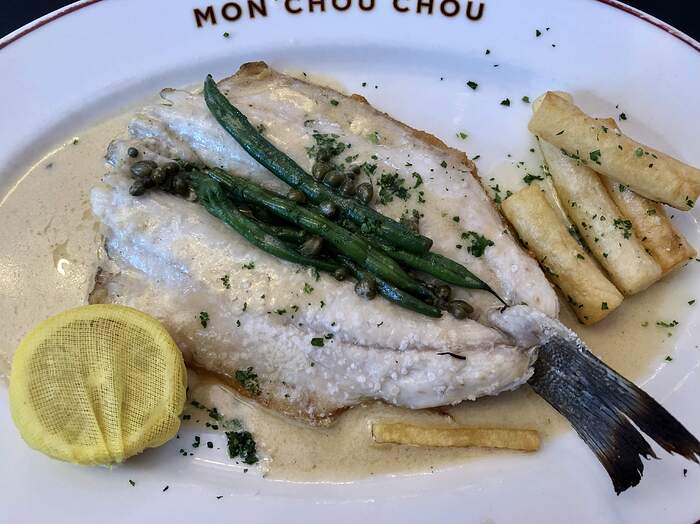 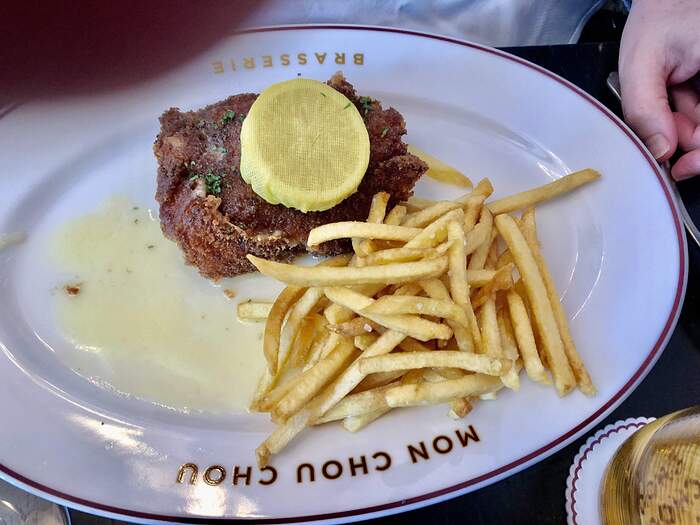