[France] In search of best bread and viennoiseries

I think bread and viennoiseries should have it’s own thread and it is something we eat every day. I tried looking at the translation of viennoiserie, the translation is pastry or but I think a slightly more accurate translation is bread pastry, when we talk about pastries, I have the image of éclairs, millefeuilles, well… cakes! I love pain au chocolat (chocolate puff pastry) and of course, les croissants.

Bought last week, the bread is called Couronne Bordelaise - Bordeaux style crown bread, a sourdough made up from several smaller bread joined together to form a crown. Husband from Bordeaux, never saw this while growing up though. (Do not mix up with couronne des rois, the sweet brioche to celebrate Epiphany). This one I bought from the Thierry Marx bakery weighted 1.7kg (according to the purchase receipt)! 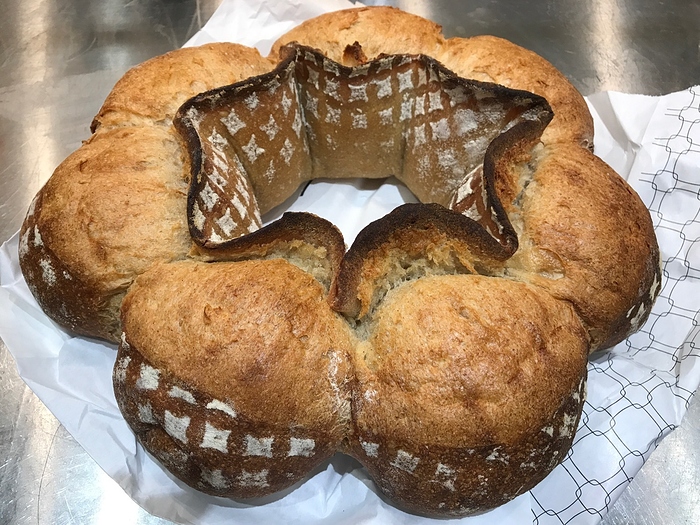 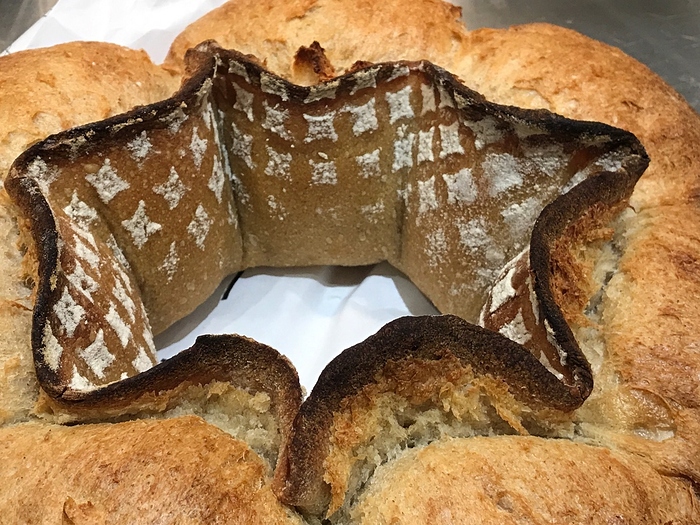 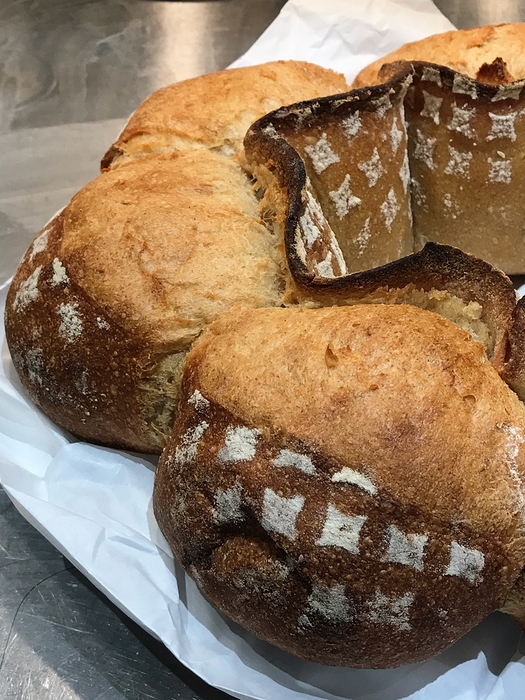 The bread was quite dense. The centre part with the diamond pattern was harder than the rest of the bread, and gave a nice crispy contrast. 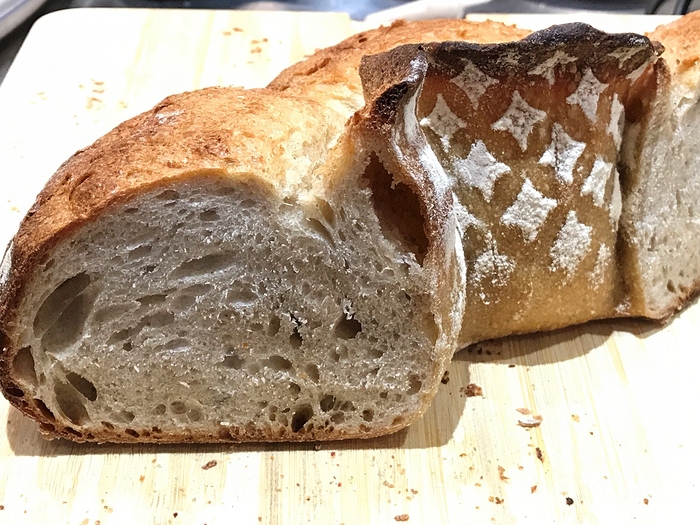 8 euro per kg. You can see the price of other bread too. 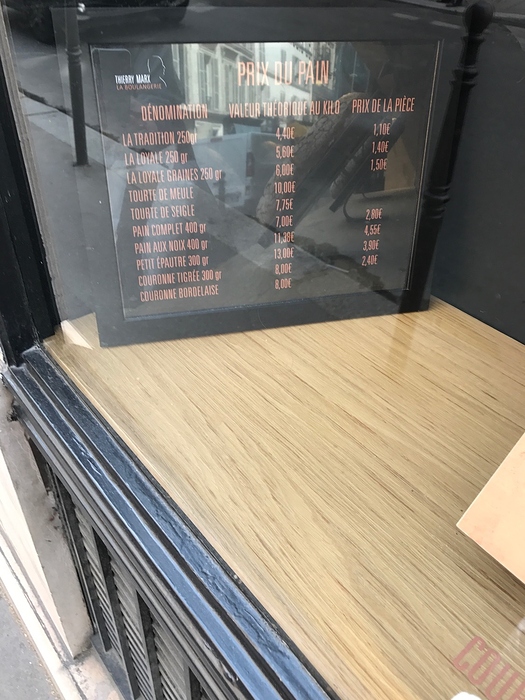 I also bought some pain au chocolat, the pastry was nicely formed, but since I ate several hours later, the bread wasn’t particularly crispy, the top usually shiny puff pastry was a bit wearing off. I will have to go back next time to really test it. 1.4 euro each. 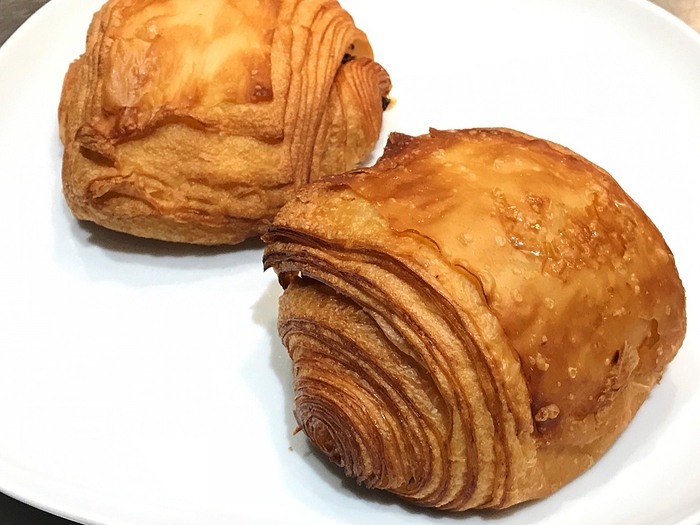 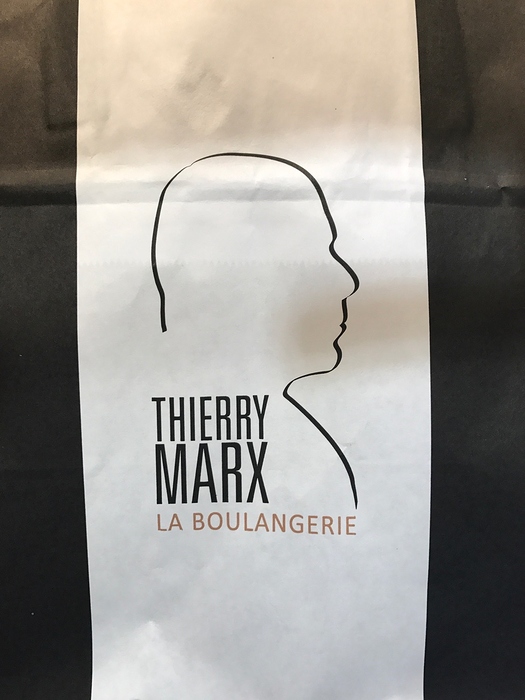 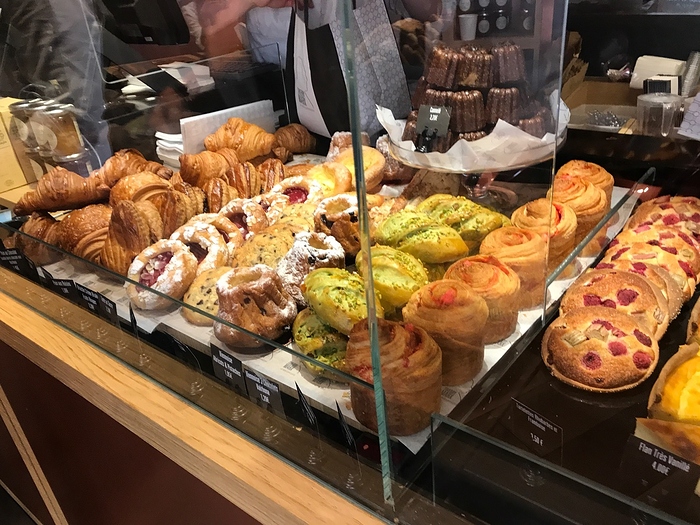 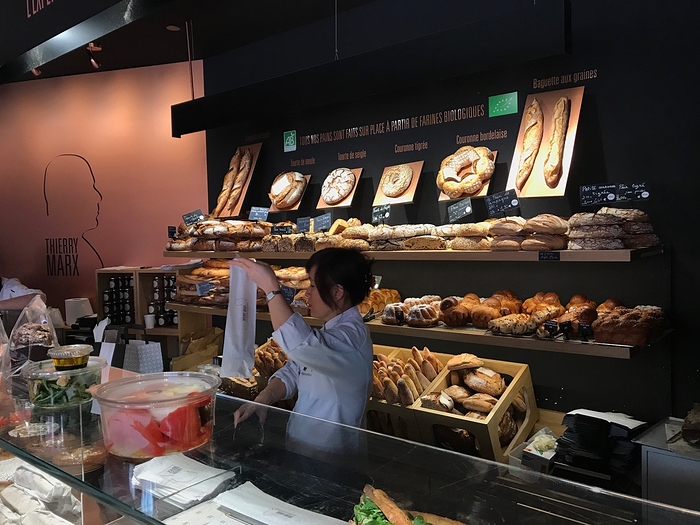 A note, the shop is only selling organic bread.
At lunch it has a long line of waiting for buying sandwiches, not a lot of people sat down though.
While I do like the crown bread, I find it a bit too expansive to pay 14.50 euro. 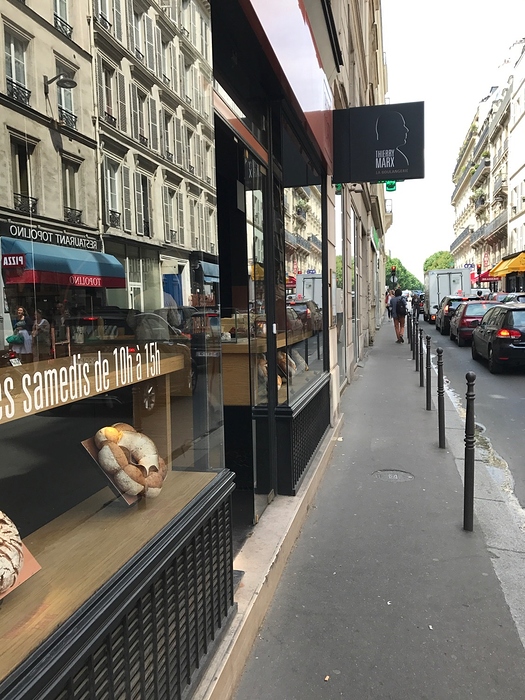 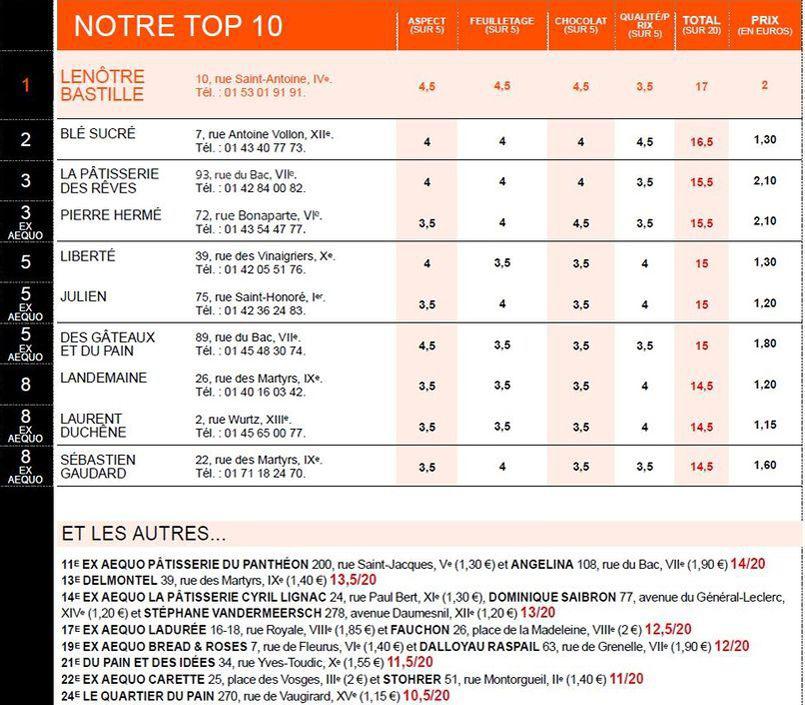 You can read the whole article here: 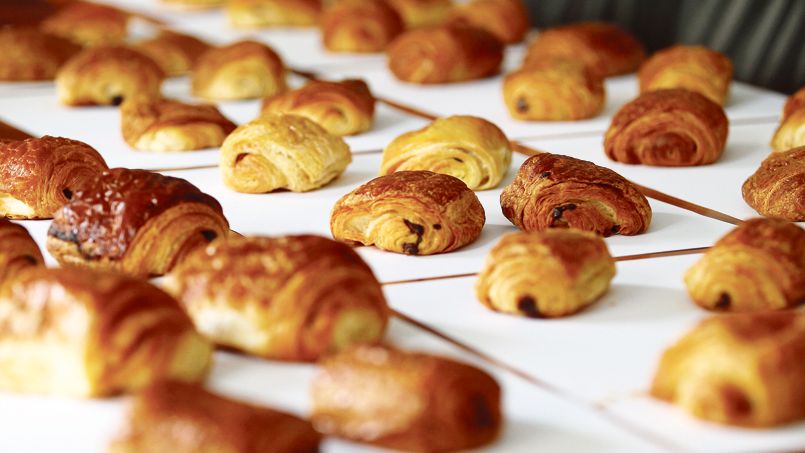 An older article on best raisin bread in Paris, top 20. 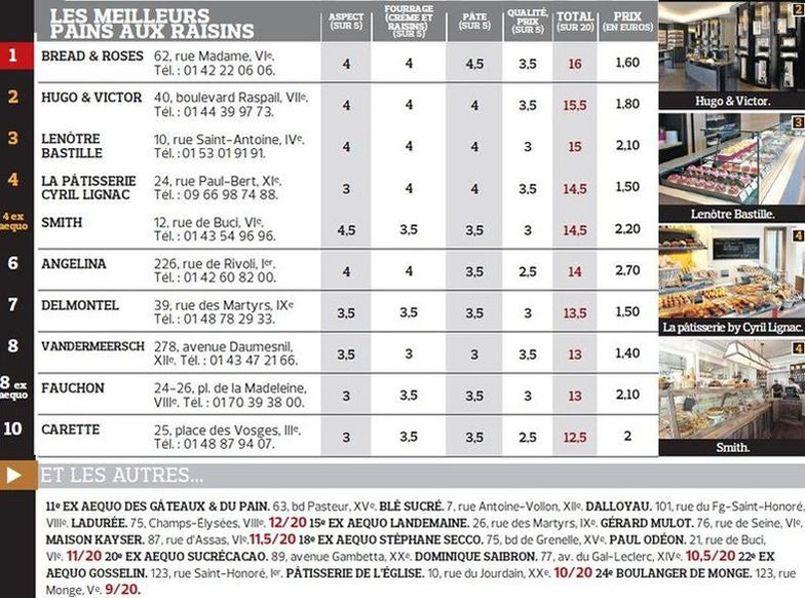 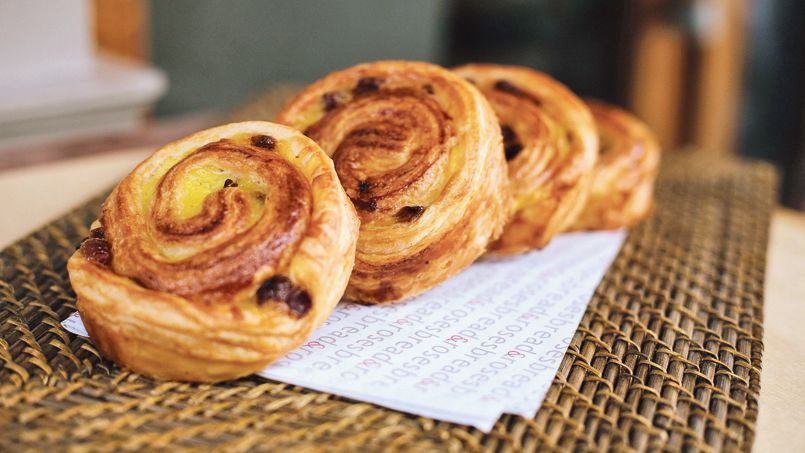 Another test on raisin bread done in April, 2017, by a chef magazine Atabula.
The results were completely different from Figaroscope.