I went to Foreign Cinema in the Mission a few times recently. Open since 1999 and particularly known for their brunch, they also show movies projected on a wall in their large patio in the evening during dinner service.

They have a film schedule here http://foreigncinema.com/films/ Playing one of the days I went was a classic film set in SF Chinatown - Big Trouble in Little China. 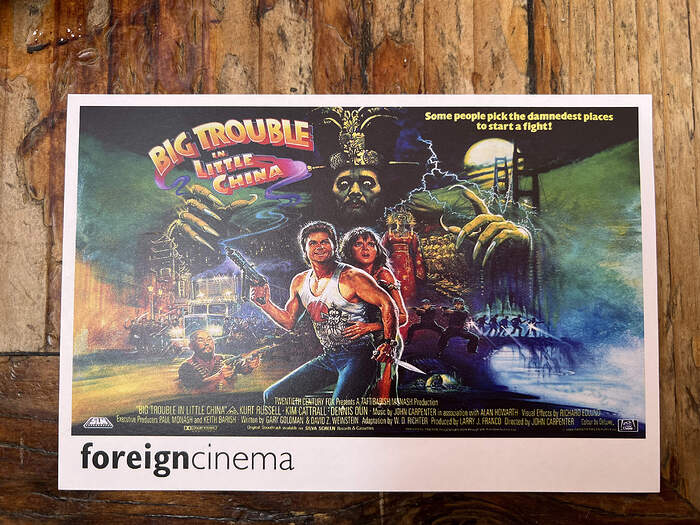 No movies at brunch though. I started with the
Madras Bloody Mary ($14)
An exotic blend of organic tomato vodka, tomato juice, lime, sherry vinegar, south Indian curry, sumac; can be made with tequila!
I had it with tequila. Very nice Bloody Mary with I guess a south Indian spice mix. From the menu, it won a bunch of awards in 2019. 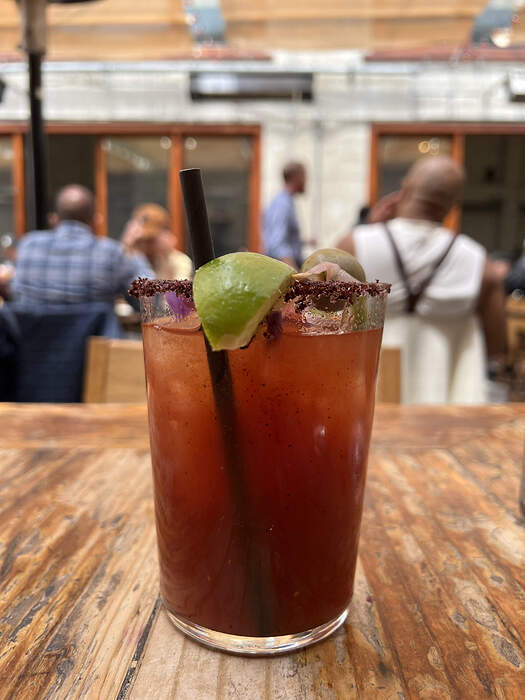 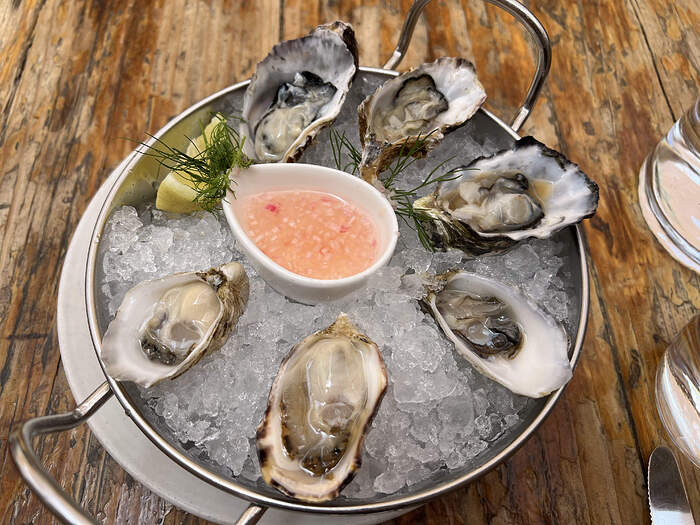 Then some more seafood with the
White Prawn Cocktail (Sea of Cortez) ($12 for 4)
Perfectly cooked shrimp with a horseradish heavy cocktail sauce. 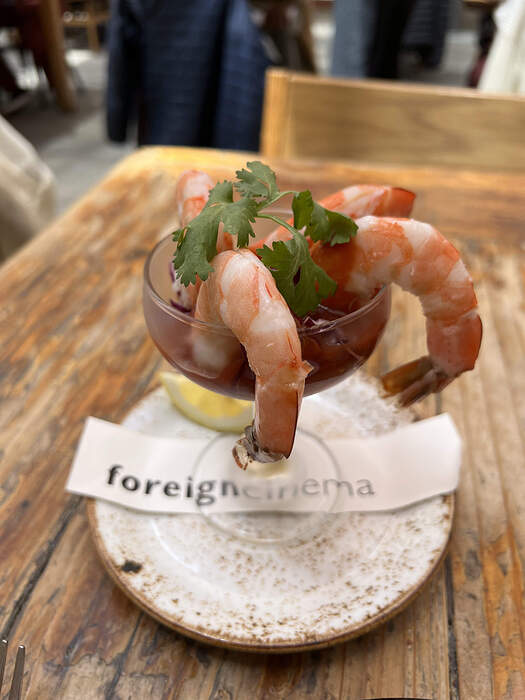 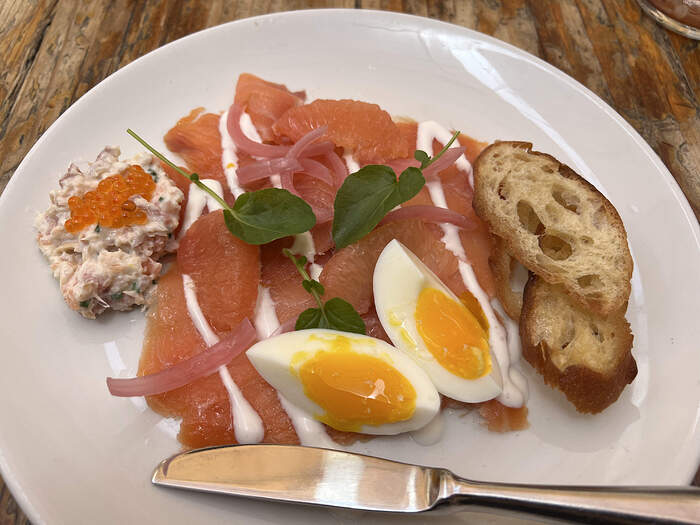 Baguette French Toast, gold peaches, huckleberries, cacao nibs, brown sugar-orange butter ($16.5)
A pretty good French toast. Interesting use of cacao nibs that gave some crunch and a bitter chocolatey flavor. The bread used is a baguette which gave the crust part a pleasantly chewier texture than say challah bread. Not too sweet. 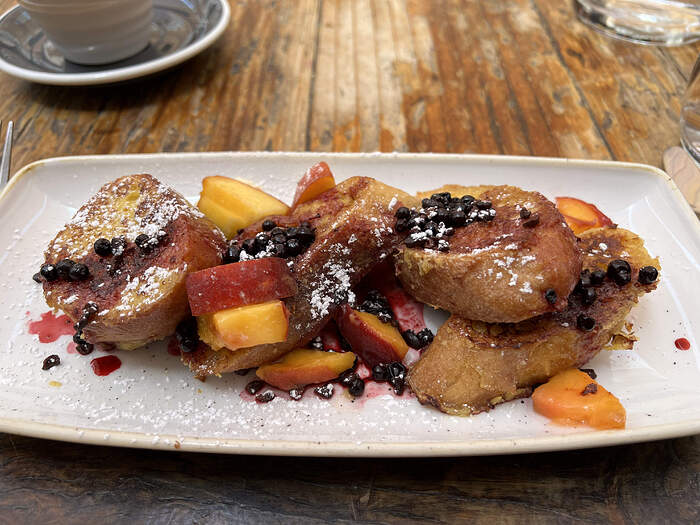 I had dinner on another night. 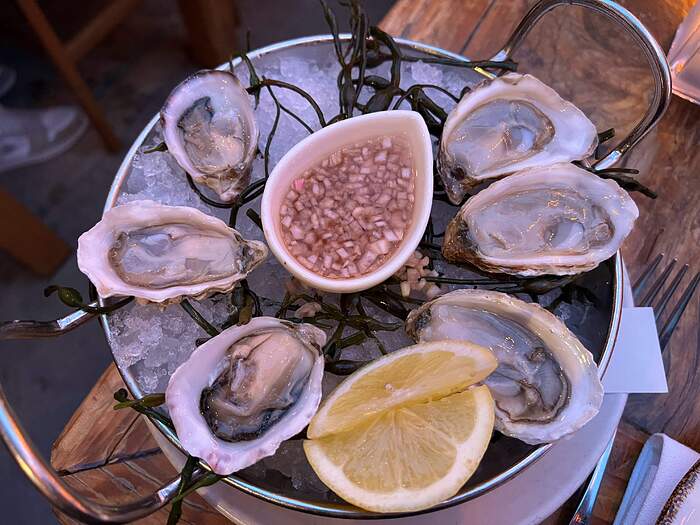 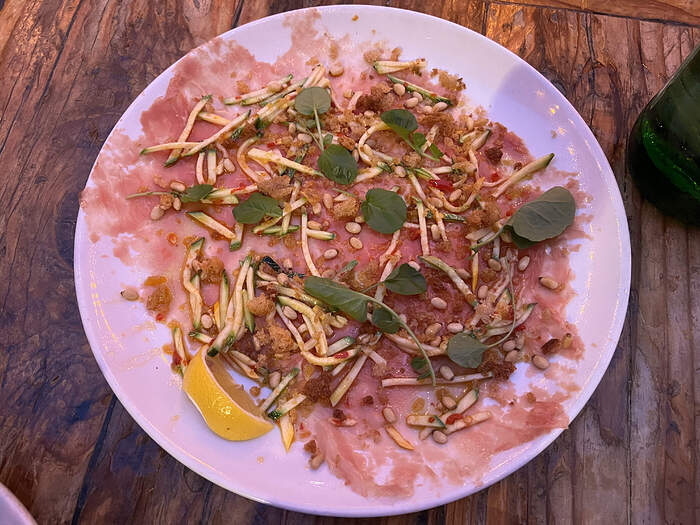 American Heritage pork chop, nectarine bread salad, Spanish onions, grilled gypsy peppers, pecorino herb-salsa ($38)
This was great! Juicy (I think it was brined), bone in, nicely cooked to medium. Nice accompaniments of roasted green peppers, ripe nectarines, wilted greens, jus, and some crunchy croutons. The chop had a bit of caramelization and smoke maybe from the grill, and had kind of a gremolata like sauce on top. This was up there with Nopa’s and Frances’ pork chops IMHO. 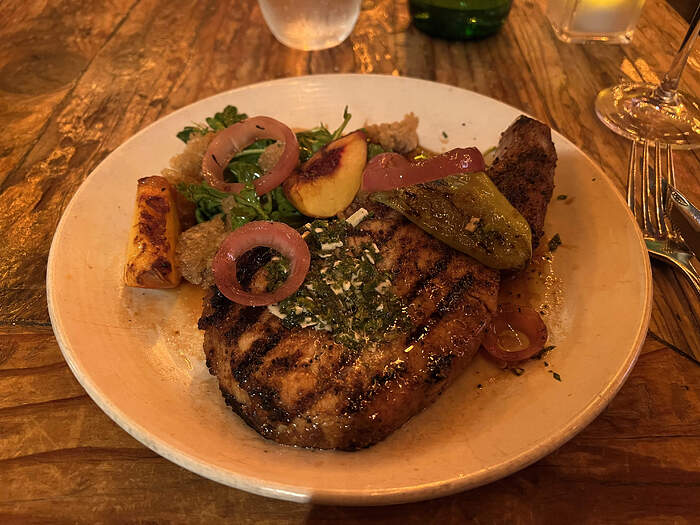 For dessert I had the
Chèvre cheesecake, huckleberries, sesame-almond tuile ($13.5)
Which my waiter said was his favorite dessert on the menu. Really good, a rich fluffy cheesecake with a bit of earthy funkiness due to the goat cheese. Topped with a sweet sesame crisp. 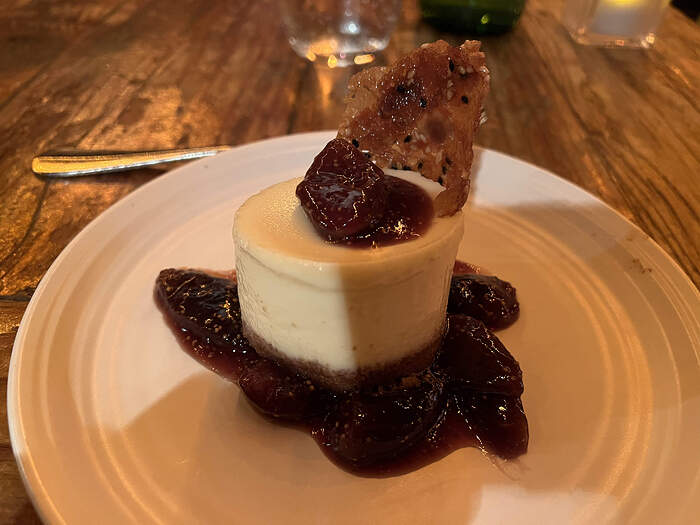 Ed Wood was the movie of the night. 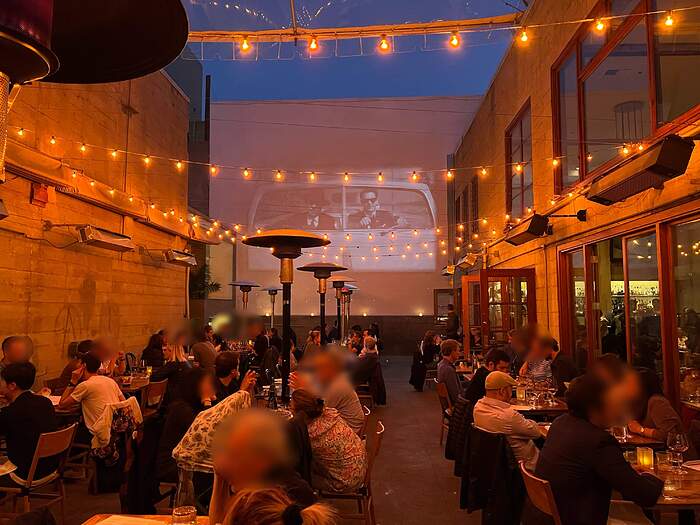 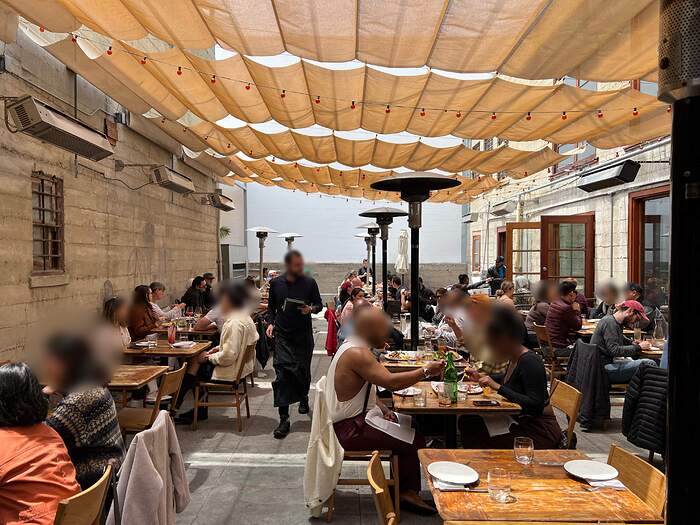 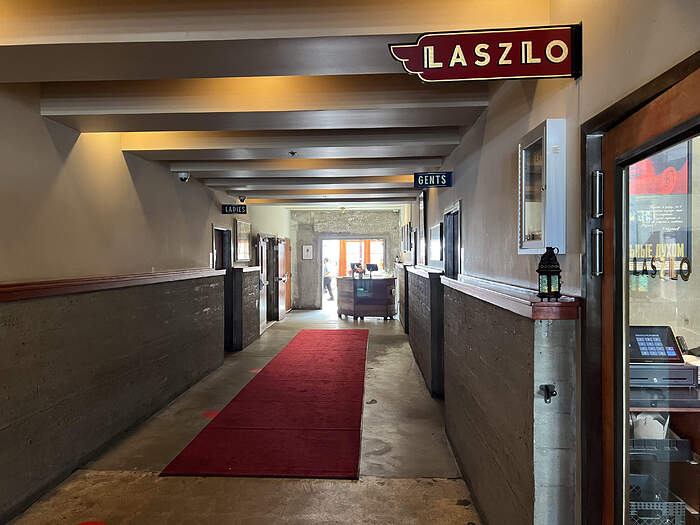 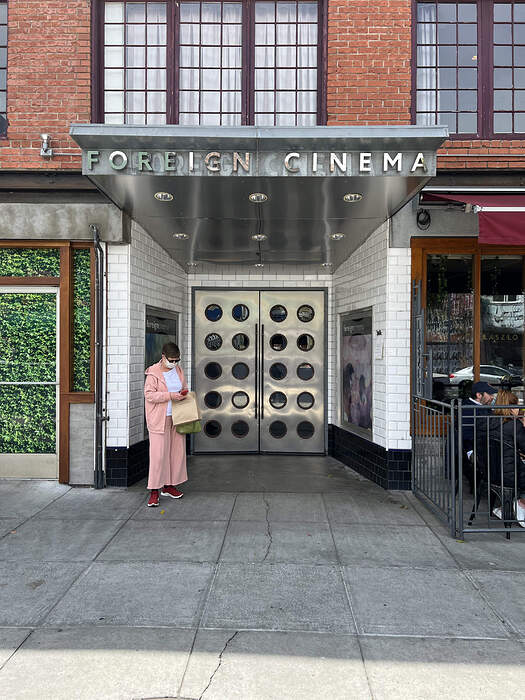 I remember having a couple of fun dinners there many moons ago, when it seemed like all of my friends lived in SF. Nice to see it still going strong.

Oh duh, it never occurred to me they’d have their film schedule online— thanks!

For a quick meal before a film at the Alamo Drafthouse, you can order off Foreign Cinema’s menu next door at Laslo. The TV was playing Beastmaster last week, not quite the quality or the films nextdoor