Food to make you laugh and gag...

From Bologna Cake to aspic, these are some of the grossest old fashioned retro recipes ever seen. People used to actually eat this trash.

In 2016, aspic was alive and well at the Walnut Hills restaurant, Vicksburg, MS. FWIW, food generally was only average and the place was totally, utterly devoid of atmophere and any sense of hospitality.

[Vicksburg, MS] Walnut Hills Rest of US and World

The restaurant is in a fairly large 19th century house. It could be cosy and “of the period” but it manages to be totally soulless. It’s a rabbit warren of a place and they spread the customers out between the various rooms. So, there’s a couple of occupied tables in this room, another couple in that room and, in the far distance, there’s another table occupied in a third room. It means there is absolutely no atmosphere and you sort of feel to have to have your conversation in hushed whispers, i…

I havent seen aspic in the UK for years. Thankfully.

A ramekin of pate that I got this week was topped with a fairly thick layer of aspic, maybe half a centimeter. It was disconcerting. This (duck liver) pate melts in your mouth, while the aspic just sort of sits there, without much flavor.

Fun read!
None of those dishes were ever prepared in my parents home. Yes, we had Jell-O. Copious amounts of Jell-O served as a kids dessert. Nothing better with a spritz of whipped cream.

(and what that recipe did with Bologna should be punishable by…)

The seafood mousse is kind of cute.

A woman I follow on Instagram both shares recipes from vintage cookbooks and makes some of them, pretty entertaining. @midcenturymenu

A woman I follow on Instagram both shares recipes from vintage cookbooks and makes some of them, pretty entertaining. @midcenturymenu

That site is linked to in the article for at least one recipe (the liver pate cake).

I always have a few observations about lists of this kind. First- of course they’re funny. But the next being that just because these recipes were printed in magazines and such, that doesn’t mean they were popular, or even that ANYBODY actually made them. So many of them come from the Jello kitchens, or Kraft, or Campbell’s, or Betty Crocker - for every hit like Dorcas Reilly’s green bean casserole I’d bet you have a dozen or two like the hot dog crown roast, or whatever.

Also once upon a time aspics were the most haute of haute cuisine, at least in part because they were pretty much impossible to make outside of a professional kitchen. Once home refrigeration, starting with iceboxes, became common in household kitchens, along with powdered gelatin, aspics became much more easily achievable, but retained that Atmosphere that Simply Reeks With Class. The thought of jiggly savory meat jelly might be off-putting to some, but the long process of putting together a proper aspic is part of its lingering appeal.

To add my unfinished thought - I hate when people trash this stuff because it’s unfashionable, which is not the case here on HO but absolutely is on Instagram, etc. (e.g., the hate of beige food because of appearance rather than smell or taste).

Here’s a contemporary example of a dish I find awful and embarassing, but uses a super fashionable technique and worst of all is from a site that overall I really like: 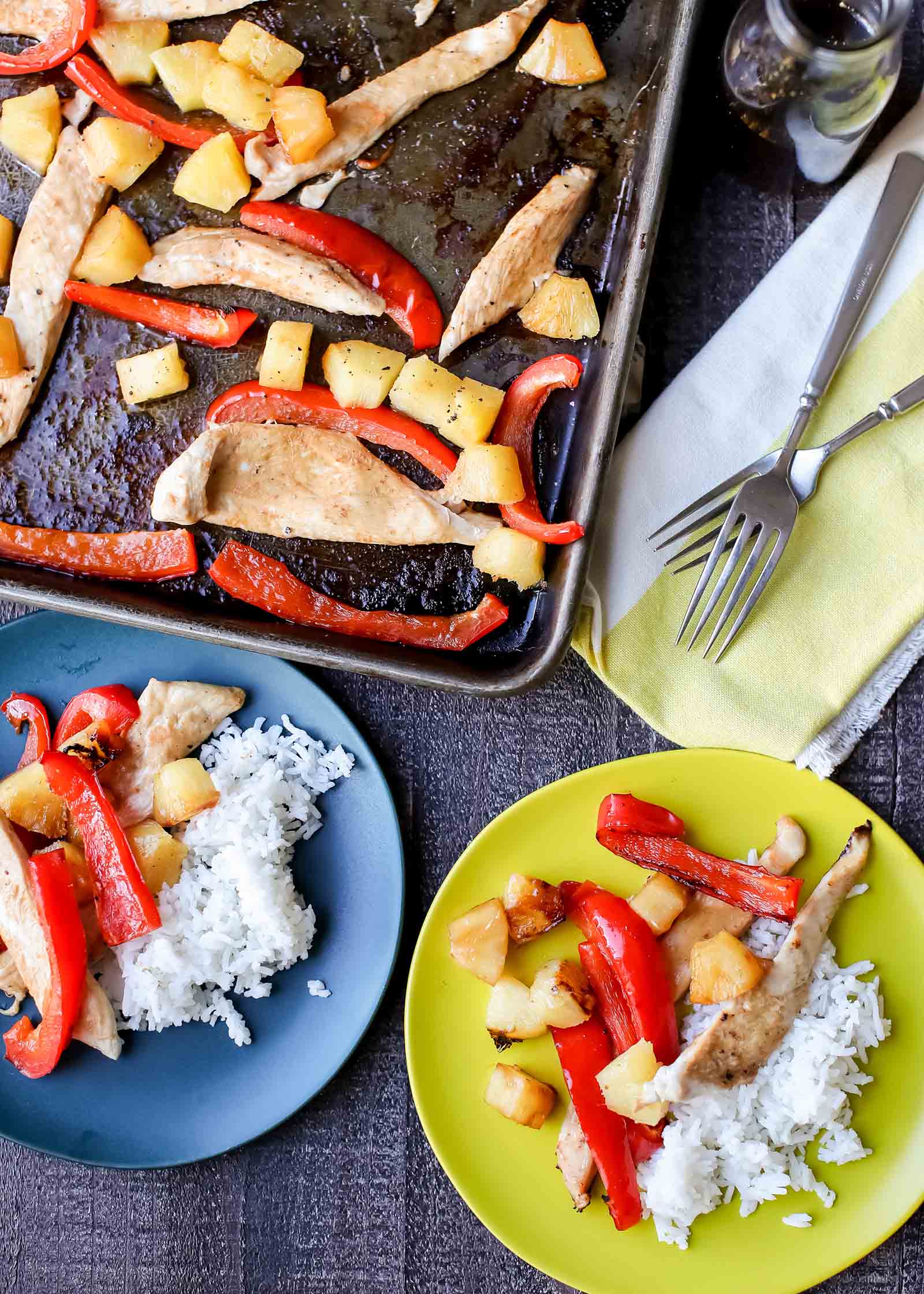 Sheet pan dinners are lifesavers for busy humans, and this Sheet Pan Hawaiian Chicken is no exception. Combine chicken, peppers, and pineapple, bake, add a soy-ginger sauce, and serve. Boom! Dinner is done.

All of it looks sad and inedible, and also like something that really shouldn’t require a recipe at all. And it’s to show off a new cookbook! Plus ca change.

If you enjoy that trip down memory lane, the mother lode is probably The Gallery of Regrettable Food. Promotional cookbooks of the past are a treasure trove of dishes that companies thought would appeal to the home cook.

Check out the food photography and styling to see how different things were in the era when Instagram could have only been imagined as a sci-fi dream.

If you enjoy that trip down memory lane, the mother lode is probably The Gallery of Regrettable Food.

Yeah, I think that’s the first one I ever saw. I have the book in fact, somewhere in the hoard.

Problem is more with food styling and photography and maybe the form that looked dated. Note that some of the stuff like aspic, liver pate, stuffed prune pork are still eaten in France with gelatine but will not be presented in the same way.

20 or 30 years from now, I think the super stylish food photos of today will look dated too.

Note that some of the stuff like aspic, liver pate, stuffed prune pork are still eaten in France with gelatine but will not be presented in the same way.

For sure! And some recipes and serving suggestions were concocted to sell products or lifestyle, so there’s that too.

FWIW, I have a Greek cookbook that includes whole prunes stuffed with walnuts as part of a baked meatball dish. I was skeptical at first but the combination is delicious.

I have to imagine that plenty of regrettable modern dishes are on Instagram if one were to look. No era has a monopoly, right? Though I confess I still can’t resist picking up the occasional goofy cookbook at a rummage sale. Hours of browsing fun.

20 or 30 years from now, I think the super stylish food photos of today will look dated too.

I have to imagine that plenty of regrettable modern dishes are on Instagram if one were to look. No era has a monopoly, right?

My Danish stepmother taught me how to roast a duck and I still use her recipe. The cavity is filled with prunes and apple chunks before roasting and removed when done. The prune and apple flavor the inside and cut the gaminess of wild duck, also flavors the drippings to produce a great sauce, it’s delicious. I actually love prunes though, especially the ones with pits. I love prune hamantaschen and I would probably love prune stuffed pork. I love aspics too

I often wonder if half the problem people have today with recipes involving prunes would be solved if they just called them dried plums. They are delicious in all kinds of savory recipes.

Pork stuffed with prunes is a fairly classic French provincial preparation, and there are countless recipes for it from all sorts of reliable and high-end sources.

Pate made with chicken livers? Pate can be made with just about anything, but liver is a pretty common and even classic base for pate.

I think whoever collected that list is not well-schooled in the culinary arts. That said, many of the selections are indeed questionable at best. Start with the use of a hot dog for anything but a hot dog.

Yes, and of course “prune” is just the French for “plum.”

I have to imagine that plenty of regrettable modern dishes are on Instagram if one were to look. No era has a monopoly, right?

I imagine that there will be a future gallery of ridiculously stacked food monstrosities and the audience will think that every one in this era ate their burgers topped with fried mac and cheese, chili, a fried egg and a slab of pork belly between two donut buns.