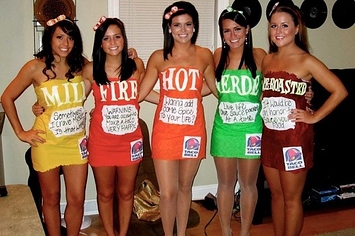 BONUS: Some of these require food wrappers, which means you get to eat stuff.

Cute, but I think I’ll stick with the child-eating witch from Hansel & Gretel. Suits me in so many ways

I was partial to 4 (jellybeans) and 10 (popcorn). Maybe I have a thing for balloons? The spaghetti and meatballs was cute too.

16? Nobody needs to see me in a tube top

A pair of Party City mouse ears, a nose if you’re ambitious, buy a slice of pizza and voila! You’re Pizza Rat!

I did that exact bag of jelly beans costume when I was kid. The whole thing fell apart when I was trick or treating. I salvaged as many of balloons as I could and just carried them around the rest of the night…

In othe years I was also a refrigerator, milk carton, and a knife and fork. 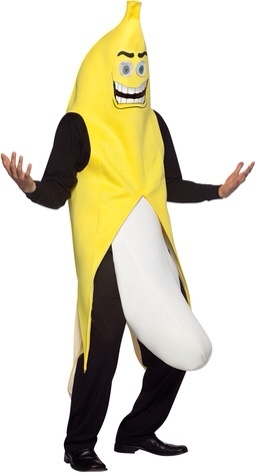 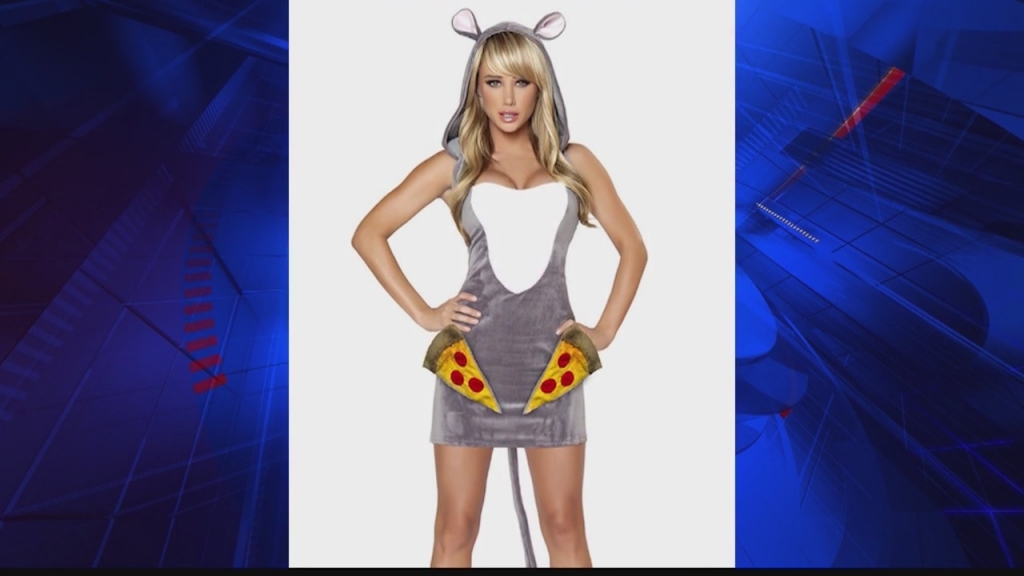 HA HA HA. Not familiar with pizza rat. Thought it was supposed to be what we sometimes call Pizza Hut for giggles. Who thinks up these things, anyway?! Your friend who was once a green M&M, but not for Halloween.

I’m partial to pizza raccoon myself. Those NYC critters sure are fond of pizza–who can blame them?!

Eat your heart out, Pizza Rat — because there’s a new cheese-loving critter in the Big Apple. A ravenous raccoon fished a slice of pizza out of a garbage can at the Central Park Conservancy Garden,…

I felt so bad for ratty that he didn’t get his slice. Goddamned food bloggers and their camera phones.

I love pizza raccoon too - but I must strongly oppose all this anti-rat racism. Raccoons are super cute but not cuter than rats.

Raccoons are fat little mischief-makers when they raid your bird feeder and use one of your planters as a toilet as a thank you card.

Some friends once showed up as red and green chiles- vinyl with leg holes on the outsides so they could walk, the point of the chiles were almost to the ground 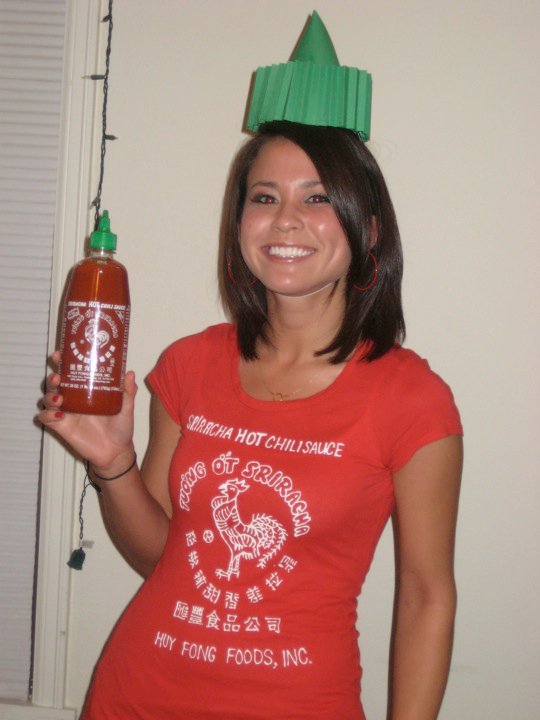 Bumping this thread in 2016, with two months to get crafty:

It leapt to mind when a radio host mispronounced the surname the same way he mispronounces the pancake.