Food personalities you love to hate

I have a long term antipathy towards Gordon Ramsay. I don’t like bullies and Ramsay has always come across as one. Of course, some say it’s all an act for TV. So, a man adopts a persona of an unpleasant gobshite bully? That may actually be more detestable than actually being a bully. I’m pleased we seem to have managed to export him to America. And, no, as part of any UK/US trade deal we don’t want chlorinated chicken in return for him. We really don’t.

That said, I’d forgotten just how much I despise Ainsley Harriott - who may not be too well known on the western side of the Atlantic (although his Wiki page says he did some TV work in the States in the early 2000s). But, after a goodly number of years absence from British TV, he’s back with a new series - “Ainsley’s Caribbean Kitchen”. Harriott’s on-screen persona has always irritated. That persona is of a caricature black man - affecting a Caribbean accent for the occasional sentence or two (he’s a Londoner born & bred) and regularly demonstrating his, erm, “natural rhythm”. Just fucking cook, man. Although his food is pretty crap.

So, who do you love to hate?

And I thought the Hairy Bikers and Ramsey were intensely irritating until I saw this old hipster Fred on BBC’s new 4 part series “Remarkable places to eat”! Fred takes the biscuit. 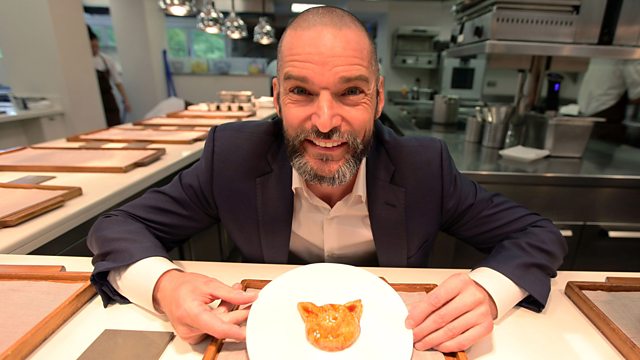 So far I don’t like pretty much most cooks/presenters save for maybe 2 or 3: Rick Stein and Keith Floyd. Even if I watch the annoying people’s food programmes the sound is muted.

Mario Batali gets my vote.

Laura Theodore, the Jazzhole.
Lidia Bastianich, for the noisy eating and the dousing everything with oil.

I really dislike Giada and the Pioneer Woman and have a love/hate feeling towards the Barefoot Contessa (name dropper that she is). I don’t really watch the cooking shows anymore, with the exception of Chopped.

Lidia’s mom and Lidia’s husband are both more irritating than her, which is quite the accomplishment.

The Jazzy Vegetarian is just plain awful. But obviously enough people are watching it to keep it on the air.

I like Martha. I got away from her for awhile when she went over to the dark side with Saudi Arabian sponsorship. Recipes mimicking the country and not interesting me. I gather lot of viewers felt the same way because it didn’t last long.

That’s the thing about PBS. You get what you pay for.

???..As far as I know, they were divorced well before he died, many years back.

I don’t think that’s Lidia’s mom. Maybe the grandmother who raised her? And I’ve never seen her husband on tv or heard any mention of him from Lidia.

Then I stand corrected. Now I gotta figure out who I mean.

Correct . Has her own apartment upstairs in lidias house . I am sure she is very well taken care of . That’s fantastic.

I run for the remote if Giada appears on my screen, she’s unbelievably grating. I don’t watch the Food Channel anymore and only the rare show on the Cooking Channel, I do like to watch Food: Fact or Fiction with Michael McKean on Cooking Channel. The Food Channel is just a game show channel, sooooo boring.

I really dislike Giada and the Pioneer Woman

We don’t get Giada in the UK. I do really want to dislike Pioneer Woman with her cutesy family stuff - but then she goes and cooks something that sounds absolutely fecking delicious.

Just a general mood of “I can’t watch this!”
I am really tired of Italian being the dominant cuisine of so many shows.
Back to Harter’s original, how Gordon Ramsay is appealing to folks is beyond me.
Like Simon Cowell’s foodie brother.

Lidia’s son, Joe, has been on her show. 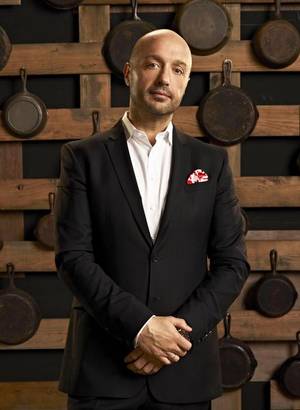 I do remember son Joe’s being, like many guests on cooking shows, the foil, asking questions that viewers might be puzzling. Like when the word was first being bandied about, Lydia kept “caramelizing” foods: onions, chicken, meats. Joe finally asked, “Are you just talking about browning?” well, yes,

Guy Fieri is single-handedly responsible for me not watching Food Channel. I used to check and see who and what was on. Now it is all Guy all the time and just not bothering with.

Guy Fieri is quite simply a hack.