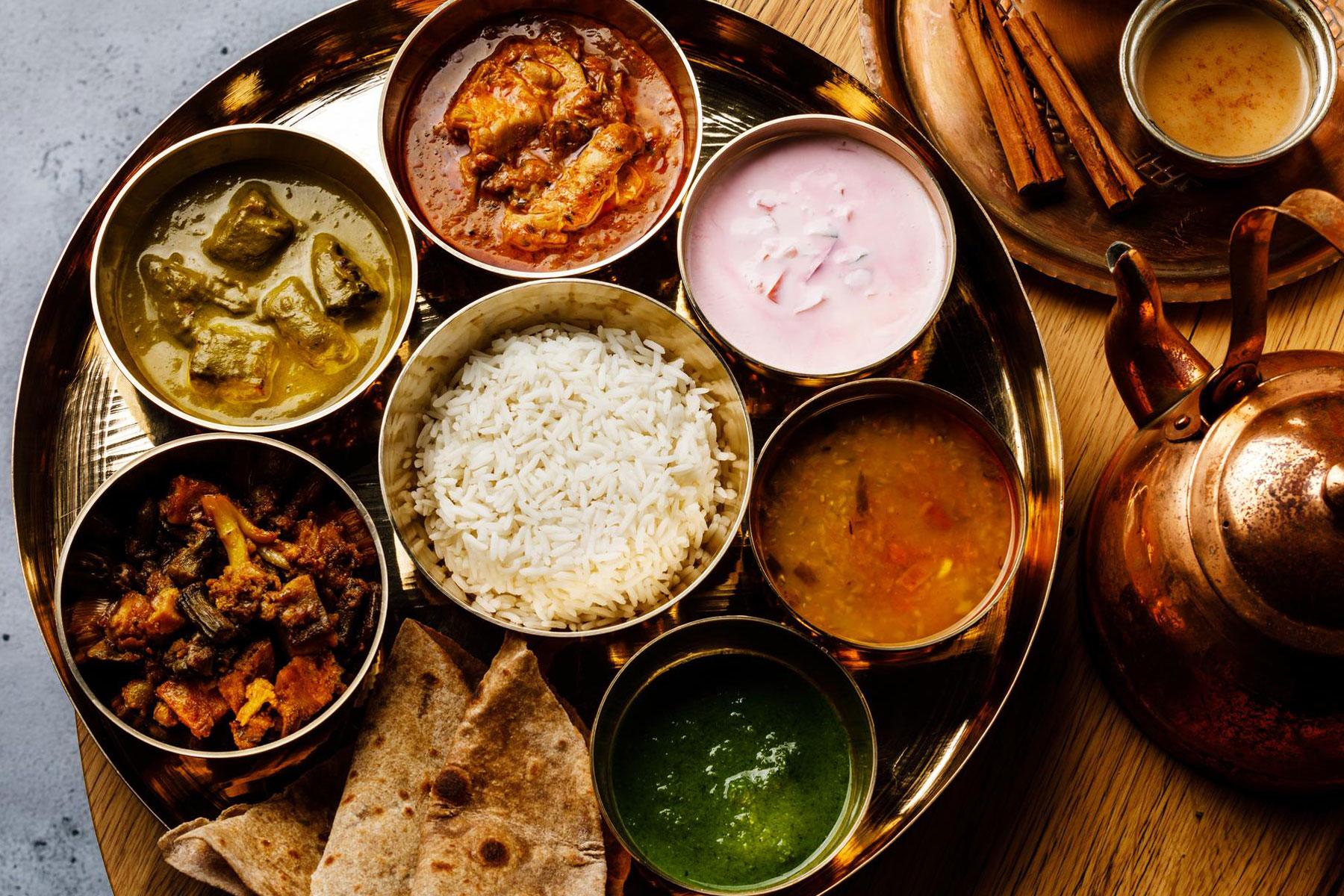 Is There Such Thing as Food Imperialism?

What we eat, how we eat it, when, why, and where—the fundamental questions while writing any explorative or journalistic food piece—deeply inform our ways of life, varying widely across the globe. Yet in a world where the lens belongs to the white...

What do y’all think about this viewpoint,
via Michael Twitty?

As the mosr basic research would have shown, we Britons never ruled Goa. It was always a Portuguese colony until 1961 (some 14 years after the British left the rest of the sub-continent, with the exception of the Pondicherry area, which remained a French colony until 1962).

I have little time for “authentic”, in so far as it applies to the food we eat. It is meaningless puffery when used by restaurants and, in general, the diner has no way of testing any such claim. For example, the owner of my local Mumbai street food place says his food is entirely authentic. But I am never going to know how true that is unless I (a) went to Mumbai and (b) ate the dish in a restaurant he’d recommended as “authentic”. I would be wiser than now but would I really know that something is “authentic” when every cook/chef will have their own spin on a dish - even one that is well known , say, a misal pav. My brother in law is Spanish and I’ve watched British TV food programmes with him where Spanish food is being cooked. Almost invariably, he says that the dish is not authentic. When I’ve quizzed him, it seems that what he actually means is that his mother cooked it a different way. This problem with “authentic” cuts across all backgrounds - I couldnt really give you a definitive recipe for, say, Lancashire Hotpot. Mum cooked it differently to how I cook - probably every Hotpot cook has their way with it.

Haven’t read the link but will soon. This piece is by a travel guide, I’m familiar with Fodor and hope they have done their research well.

Apparently the British version of “Vindaloo” is from Bangladesh. Any idea, Harters?

It’s Portuguese through and through. The word “vindaloo” comes directly from Portuguese carne de vinha d’alhos.

I saw this, too. This is from a travel guide.

Apparently the British version of “Vindaloo” is from Bangladesh. Any idea, Harters?

Bearing in mind that the vast majority of “Indian” restaurants in the UK are owned by Bangladeshis, then it’s a certainty that they are responsible for the way the dish will have been Anglicised for the local clientele. Rather than having any association with the original dish, it’s become known as one of the chilli strengths in the “any protein with any sauce” British curry houses. The strengths run through the likes of korma, dopiaza, rogan josh, Madras and vindaloo. It’s pretty much a given that the high street curry house starts with the same pre-prepared tomato based sauce and simply adds more chilli depending on what’s being ordered. It makes for very mono-dimensional eating as, towards the top end of the strengths, it’s all but impossible to taste anything other than chilli.

That passage caught my eye for a different reason. If the “prizes” were a response to “the imperative to suit the more delicate palates of the erstwhile colonial rulers,” wouldn’t “Goan vindaloo (a spicy potato preparation)” be rejected by said rulers?

And I’m always wary of articles that fail to acknowledge that the assimilation/appropriation/whatever goes both ways. Just yesterday, I read an article in the New York Times about dish called “cheese buldak,” a Korean version of chicken parmesan, which is Italian/American. Why throw mozzarella on top of what started out as a traditional Korean dish? Because according to the article, “It makes the dish appear a little more Western, … which means it can be sold at a premium.”

My brother in law is Spanish and I’ve watched British TV food programmes with him where Spanish food is being cooked. Almost invariably, he says that the dish is not authentic. When I’ve quizzed him, it seems that what he actually means is that his mother cooked it a different way.

I remember having rice and beans in Puerto Rico and thinking, perhaps not so much “this is inauthentic,” but “this is different,” meaning not the way my mother cooked it. It was my Puerto Rican aunt cooking it, so I could hardly call it inauthentic.

That said, I would claim that (e.g.) Philadelphia sushi rolls are definitely inauthentic.

Take the almost classic Punjabo dish of aloo gobi - potatoes and caulflower both introduced by the British. And chilli peppers coming from the Portuguese.

I gave incorrect information. Here is the author-

Yep. This can be a no-end quest. What about all the tomatoes in Italian dish or all the European foods use peppercorn?

Why would you say cheese buldak is inauthentic? It’s a Korean dish created in Korea by Koreans.

@small_h I think the main driver of adding cheese to Korean food is that it was tasty and novel, more than an attempt to make a Korean dish “appear” western. I think loving the stretch of hot mozz is something that all humans find fun and delicious. Putting cheese on a traditional Korean dish isn’t fooling any Korean into thinking it’s somehow western.

In case anyone isn’t familiar, there’s been like a decade + obsession with gooey cheese in Korea, they have been adding it to everything.

I think the main driver of adding cheese to Korean food is that it was tasty and novel, more than an attempt to make a Korean dish “appear” western.

That’s not my assessment - it’s a quote from Hooni Kim, a Korean chef with two restaurants in New York. The article I linked to also notes how the popularity of cheese in Korea increased exponentially over the past decades with the rise of Western chains like Pizza Hut.

Why would you say cheese buldak is inauthentic? It’s a Korean dish created in Korea by Koreans.

Ahha. In that, is my issue with the word “authentic”. Substitute a more meaningful “traditional” and all usually falls into place.

Not saying it’s your assessment, just chiming in with my thoughts.

Pizza was what introduced mozz to the country but for instance the most common application of mozz you see is on top of spicy rice cakes, duk bokki. No one is passing that off as being a western dish.

Ah, got it. Well, take it up with Chef Kim! I’ve been to one of his restaurants, Danji, and you could do worse than getting into it over a plate of his cold tofu or spicy whelk salad.

It seemed to be a lot of words ultimately not adding up to very much at all.

Trying to wade into this conversation and avoiding all the landmines of authenticity and other areas.

As others have noted, it’s not just a Western thing either – plenty of other countries absolutely adopt and put their own spin on dishes where it either becomes its own thing or takes off and the history is lost. I think the food itself and the how it got to be isn’t as relevant for my purposes (the food is not at fault, people!) – it is all about how people talk about it, I guess.

I for one love that korean fried chicken has become a thing – it’s freakin’ delicious and becoming more easy to find! More yum for me! I also love ramen, and appreciate Japanese ramen for taking off and becoming a comfort food many people can love. I only cringe when I hear the “but XX took this food and made it better…” as a general sentiment rather than a statement to someone’s personal preference.

Probably just me and my curmudgeonliness, but I find all this talk about food/cultural appropriation and authenticity to be a bunch of hooey (is that a word that only a curmudgeon would use)? For starters, neither term can be defined in a way that can be agreed upon. If I understand correctly, McDonalds adapts its hamburgers to local tastes at locations around the world, so does that mean their local burgers are not authentic burgers? Authentic what? Recipes are always local, right down to the region, town or even the household. No matter how it’s prepared it has previously been prepared that way somewhere, so it that unfair appropriation? Why do we worry about these things? OK if someone somewhere has as an individual developed some sort of design that has caught on, and someone else then takes it and makes money selling it and gives nothing to the originator, then that’s not fair and might be considered appropriation (I’m thinking about the Kiini story, in which the founder sued copycats for her product but then was found out to have herself ripped it off from a Brazilian lady who actually started it all) . But food preparation styles, recipes, and ingredients have been traded around the globe for centuries, and every cuisine, not to mention every recipe, owes something to ingredients and ideas that have their roots elsewhere. With minimal exceptions there’s no way to sort it out, nor should there be.