The kind you hire to be shown around. There seem to be many of these “food guides” around, especially in Asia. It can be local food bloggers or a food tour business.

Have you ever hired one? Food programmes’ researchers often hire these guides, you must have noticed it surely. I have not hired one but would not rule it out either. The main reason being I enjoy researching things myself and exploring at my own pace alone (food tours are sometimes done in a group setting).

A few years back I saw Dunlop’s food tour’s details and price and thought about my trips to China. There’s no way I would pay 5k* for such a tour but the Americans seemed to love the experience. (*if I remember correctly that was the price)

I’ve done a couple of food tours and enjoyed both. One was standard tour round Miami’s Little Havana. The other was a Cape Malay one in Cape Town that included a visit to someone’s house where we made roti and chutney.

Like you, I probably wouldnt hire one. But maybe I would. We’re thinking of a trip to India in the next couple of years. It’ll be an escorted tour that, obviously wouldnt focus on the food. But if we got a day off touring and I could find someone who take me round, say, the best street food places, that’s be great.

Your tour in Cape Town sounds fun. I think I’d prefer learning to make something at a local’s house than taking a cooking class (at a cooking school together with other people).

I saw Bourdain on a programme being taken round for (street) food somewhere in India and he loved it. There must be many food tours and guides in India. Look into it, maybe it’s something for you.

I’m going to some place in June and there’s no printed guide book in existence so I’ve been reading about the food there. There are a lot of wine tours, though.

Have you ever hired one? Food programmes’ researchers often hire these guides, you must have noticed it surely. I have not hired one but would not rule it out either. The main reason being I enjoy researching things myself and exploring at my own pace alone (food tours are sometimes done in a group setting).

No guidebook in existence? Small island nation somewhere? (Because Lonely Planet seems to have guidebooks for almost everywhere, including, e.g. Antarctica.)

I’ve never taken one from a paid professional. I have designed and led them a few times in NYC, and have an old friend from college I haven’t seen in awhile who does that as part of his current career, specializing in Queens, NYC.

I have eaten with and done a food crawl with Fuchsia Dunlop in Flushing NYC many years ago, and I bet her tours in China are fantastic, albeit expensive.

I have heavily researched and put together food based itineraries for trips all over the world for myself, and really enjoyed them. I’m currently researching two trips to seek parts of my culinary and cultural heritage. Hungary (Austria-Hungary and Magyar), and the Buccino in Campania, Salerno, Italy.

SCK, not really. It’s a “worthless” country. Only 1 guide book has done it but lumped the country together with its equally worthless neighbours or the entire region. There have only been about 2 updates of the book since 2004. I might get the book if I want to return in the future.

JMF, with your extensive knowledge of foods and wines you could always work as a guide as a side job, no?

Would you mind posting a (detailed) “trip report” of sorts when you return? I’m very interested in Hungary and Austria.

Have you seen this fantastic book? You probably have. I saw that book somewhere in the past year or so, part of a series. Any good? I heard some countries/countries were covered well, and other not so much.

I don’t know when I’ll be heading on my next trip.

I could probably work as a guide if someone offered me the job. It would be fun. Back around 15 years ago I was the psychologist on a cruise chip based education abroad program with a university, and besides my counseling, I taught global cuisine and culture seminars. Basically what to expect in food and culture for each port as we approached. The ship went around the world each semester with stops for 3-7 days in around apx. 14 ports. I led several food/culture related trips I designed. A lot of work.

You always have fabulous jobs. I remember your long post about them a while back.

Besides Hungary I also have France, Germany and Spain. They are all great and will go in the incinerator with me. So far my food guides have been internet research, travel guides and cookery books.

A peak inside the Hungary book. All these Culinary books of mine are a joy to read. I never pass up an opportunity to learn about something.

The bottom photo is Langos. A typical street snack, deep fried dough topped with cheese whilst still piping hot. Though, I prefer mine without the cheese. 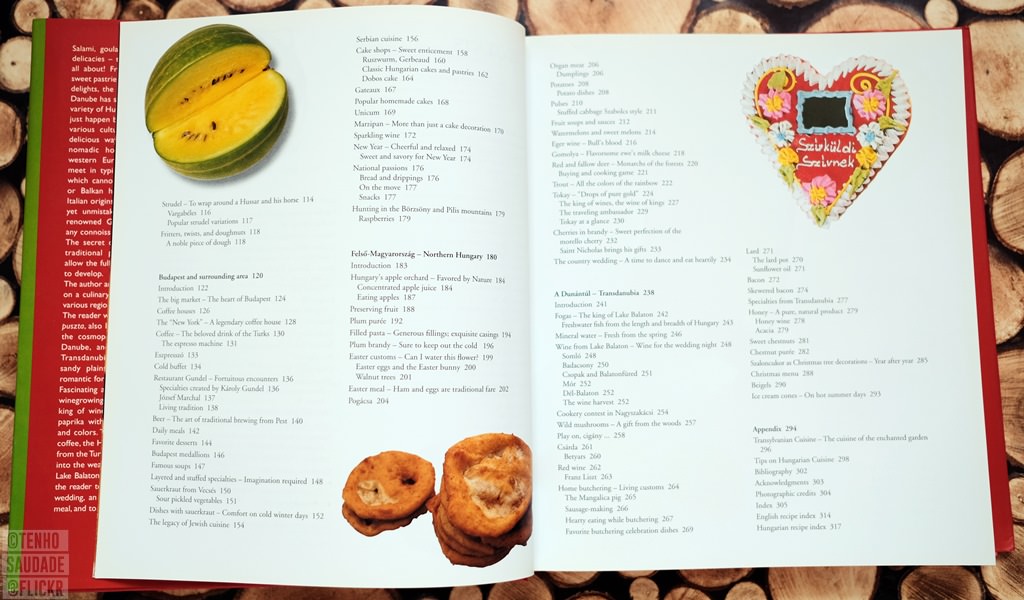 Dry Tokay wine is so good. A pity that the Tokay they export is usually sickly sweet and cheap kind. 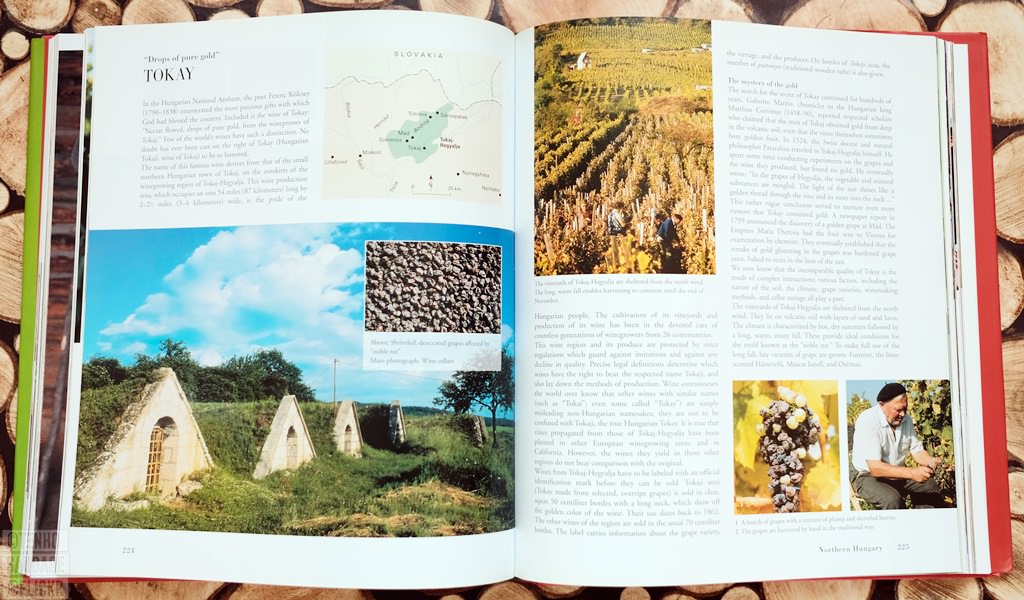